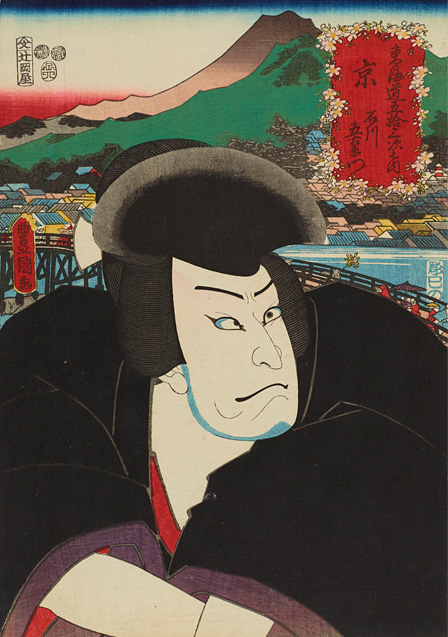 Seen in Kabuki, Bunraku, movies, manga, TV series and novels, the semi-legendary folk-hero and thief, Ishikawa Goemon was believed born in Iga in 1558. An apprentice to the ninja master Momochi Tamba, Goemon trained under him at Mie Prefectures’ famed Akame 48 waterfalls near Nabari. The story goes that Goemon and his teacher had a falling out when Goemon had an affair with Momochi’s wife, getting her pregnant, and later threw another lover down a well, killing her. Stealing one of his master’s swords and escaping from Iga, Goemon became famous as a thief. Another story has him turning to a life of crime following the attacks on Iga by Oda Nobunaga, which forced the ninja networks to scatter.

Many fictitious stories surround the man. He is claimed to have attempted to have stolen the golden tiger-fish rooftop ornaments from Nagoya Castle, to have made attempts on the lives of Oda Nobunaga and Toyotomi Hideyoshi. He is portrayed as a Japanese Robin Hood, stealing from the rich and giving to the poor, amongst many other highly exaggerated claims.

Goemon was captured, and then executed on the orders of Toyotomi Hideyoshi, by being boiled to death in a huge cauldron in front of the Sanmon gates of Kyoto’s Nanzen-ji Temple. (although the gates had not yet been rebuilt at the time of his execution. They were destroyed in 1369, and reconstructed in 1628!). The story goes that he and his young son were sentenced to death together, and in order to save the boy, Goemon held him up over his head as the water boiled. Since that episode, the style of bathing in hot water heated over an open fire has been termed Goemonburo, or Goemon Bath. 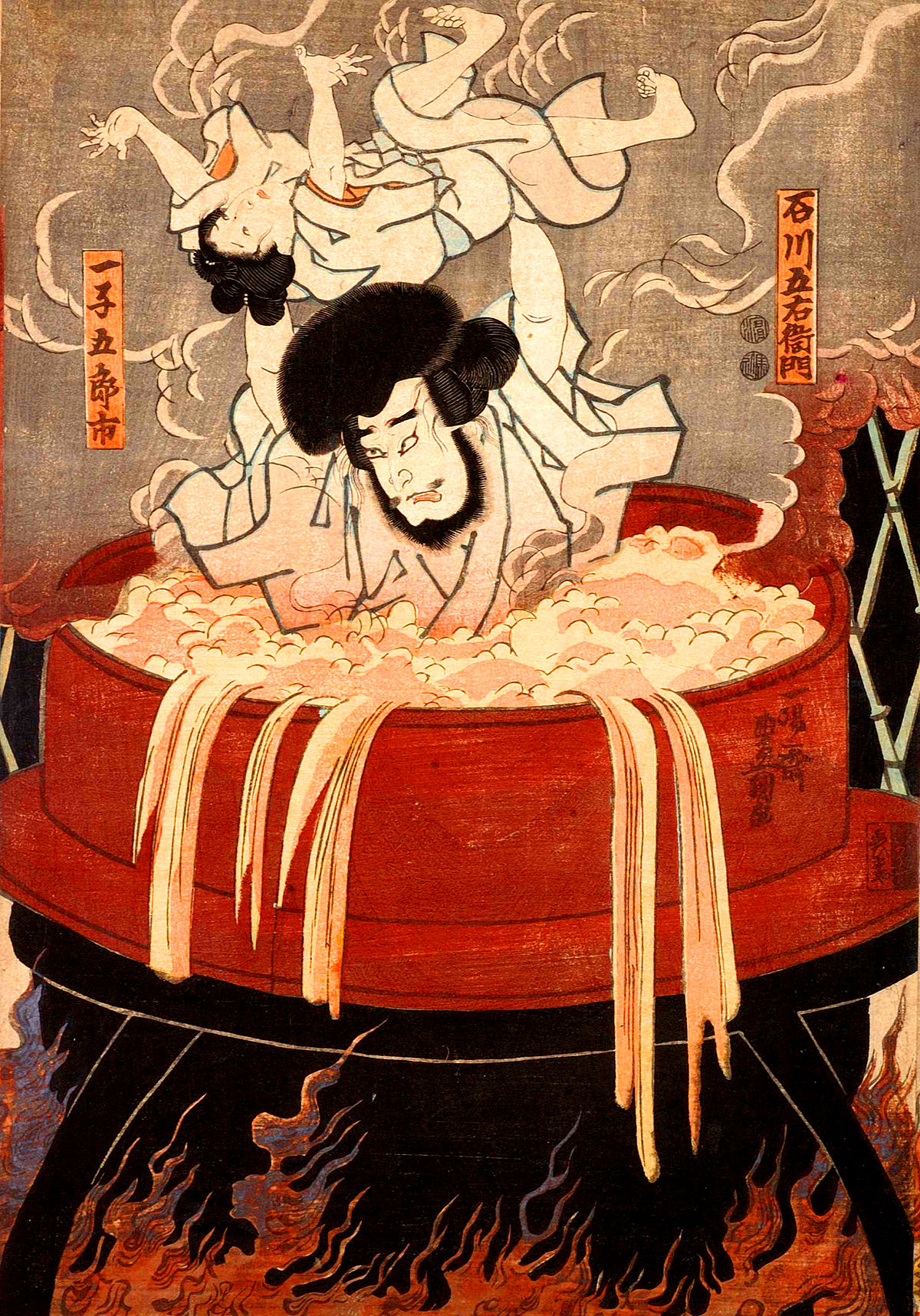 Incidentally, the bath supposedly used to boil Ishikawa Goemon alive was used by the Nagoya Prison until just before the war. It is not known what became of the giant cauldron, but it was probably destroyed when the early wartime government went on a metal collecting spree.