Kato Kiyomasa was an Azuchi-Momoyama and Edo period Daimyo, much respected warrior and  castle architect. 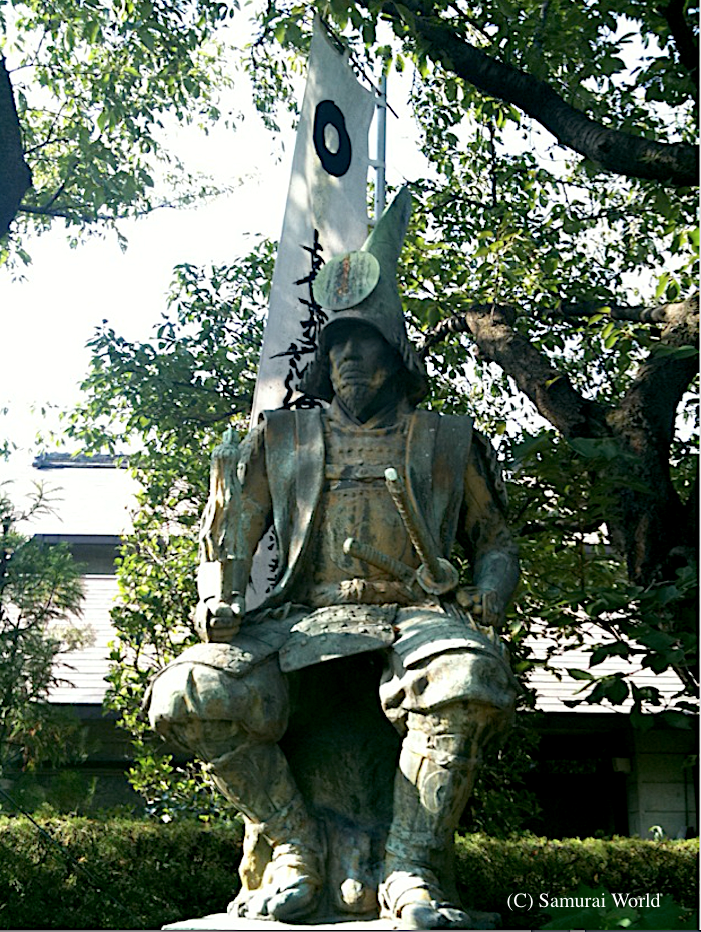 Kiyomasa was born in modern day Nakamura Ward,  Nagoya City. An interesting episode involves the young Kato Kiyomasa being sent to live with his uncle at a temple in Tsushima following his father’s death. The 9-year-old Kiyomasa was home alone one day when robbers broke into the house. Wearing a devil’s mask from Noh, and carrying a small sword, he frightened the robbers off.

He entered the services of his cousin,  Toyotomi Hideyoshi, at the age of 15, and was with him  at the Battle of Yamazaki (1582) against Akechi Mitsuhide  following the assassination of Oda Nobunaga, and at the Battle of Shizugatake (1583) against  Shibata Katsuie and Oda Nobutaka. For his meritorious deeds, he was named one of the Seven Spears of Shizugatake. 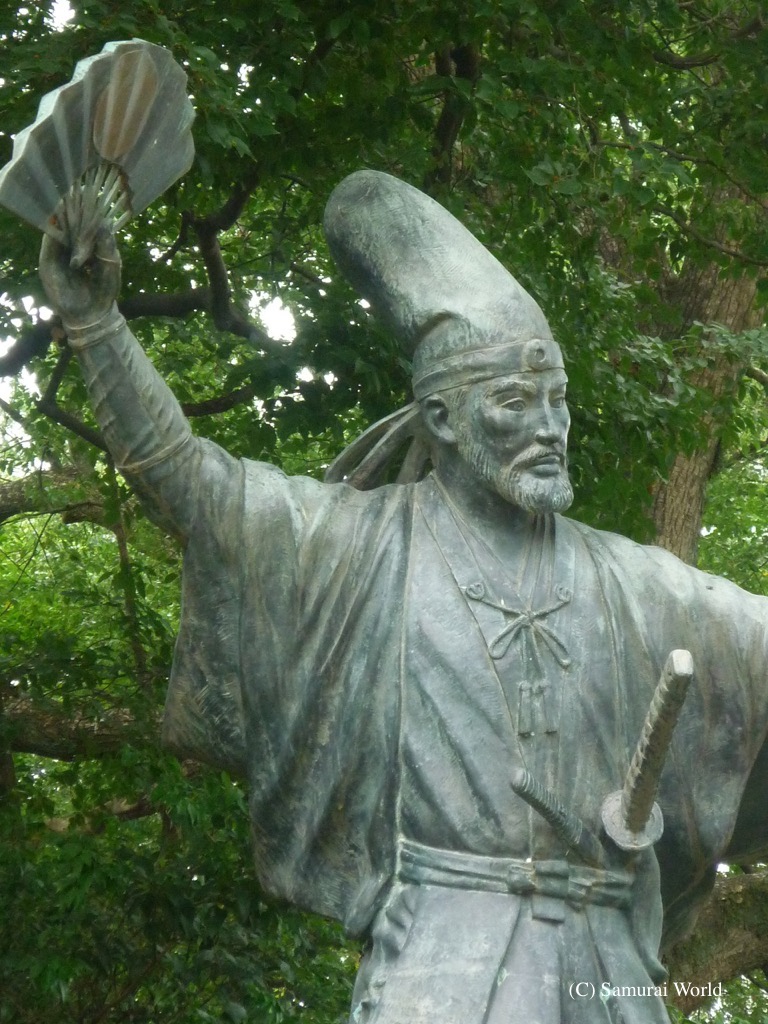 He was one of the three senior commanders in the Korean Campaign, capturing Seoul and Pusan amongst other cities. Kato’s 16,000 samurai, backed by 13,000 reinforcements from Mori Hidemoto famously held off 60,000 Korean and Chinese warriors while in the Kiyomasa-designed castle in the Siege of Ulsan.  Kiyomasa is also remembered for having spear hunted tigers during his time in Korea, bringing the pelts back to Hideyoshi. In fact, tiger hunting was later banned by Hideyoshi during the Korean Campaign, the reason being that too many samurai were getting killed by tigers trying to emulate Kiyiomasa and bring one down. 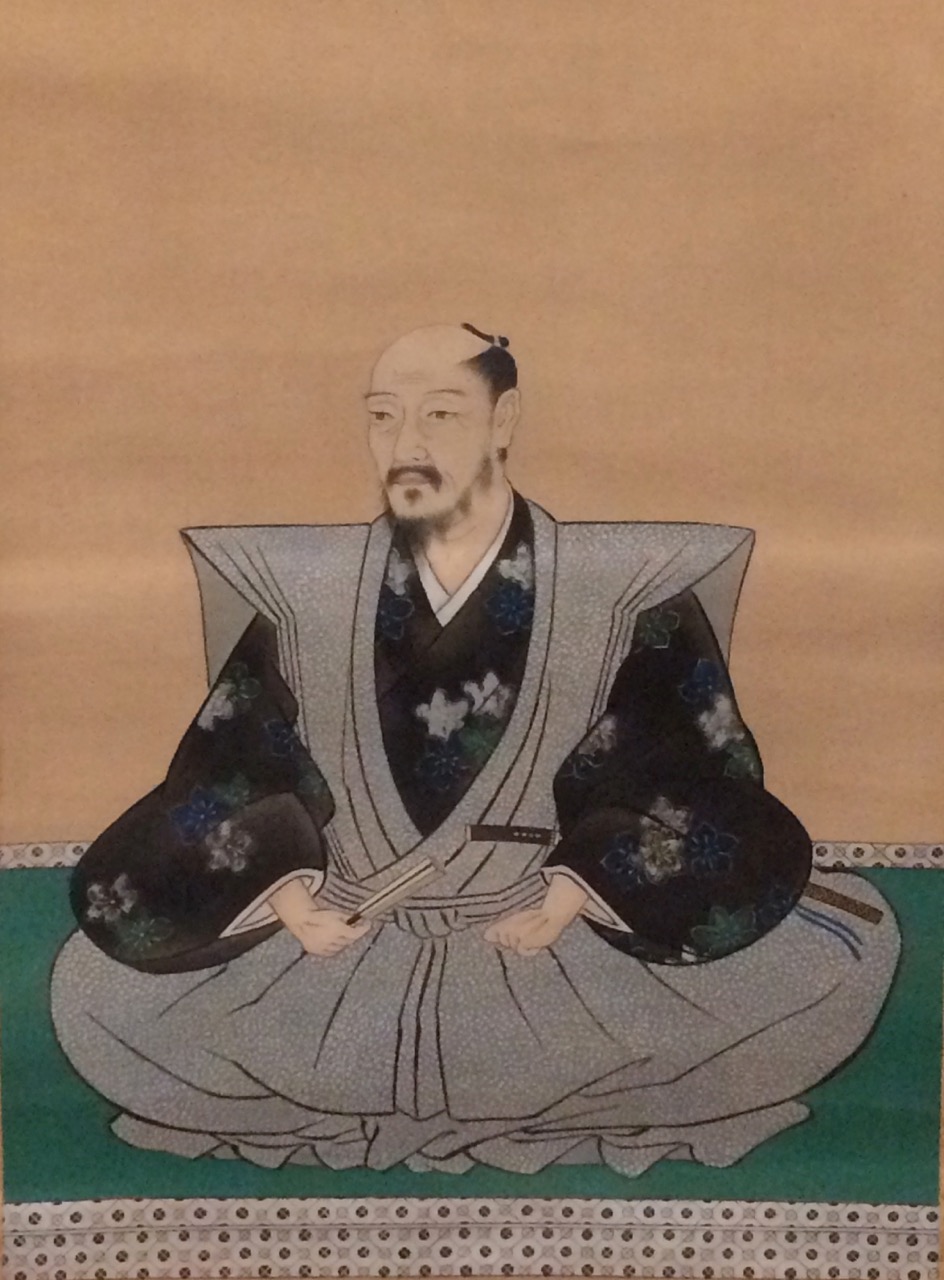 During the Battle of Sekigahara, Kato Kiyomasa surprisingly sided with Tokugawa Ieyasu.  Although he was not present at the actual battle site, he fought against the Tokugawa enemies in Kyushu,  notably his neighboring fief, Konishi Yukunaga’s army. Konishi was a Christian, a religion much detested  by the Nichiren sect Buddhist, and Konishi had sided with Ishida Mitsunari, another samurai Kiyomasa detested due to conflicts with.

Historical records of Kiyomasa paint him as a great  leader of men, awe inspiring, yet not unfriendly.  Spartan like in his militaristic life, he was known as  a samurai among samurai. Despite his creative, castle building expertise, Kiyomasa had a brutal side to him. In suppressing Christianity during the Battle of Hondo  for example, it was recorded that he ruthlessly ordered the bellies of any pregnant Christian women be cut open and the unborn babies’ heads be sliced off. 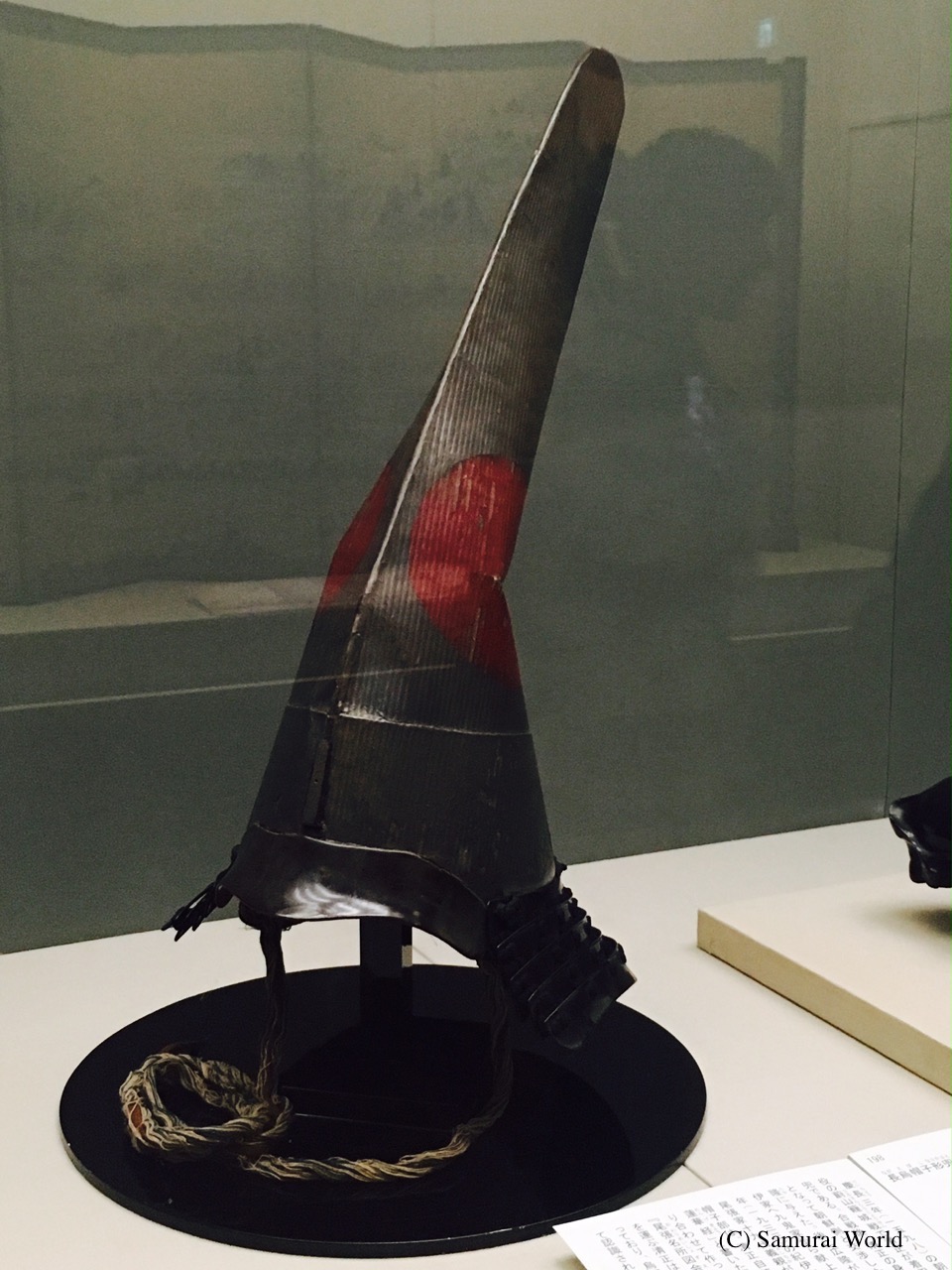 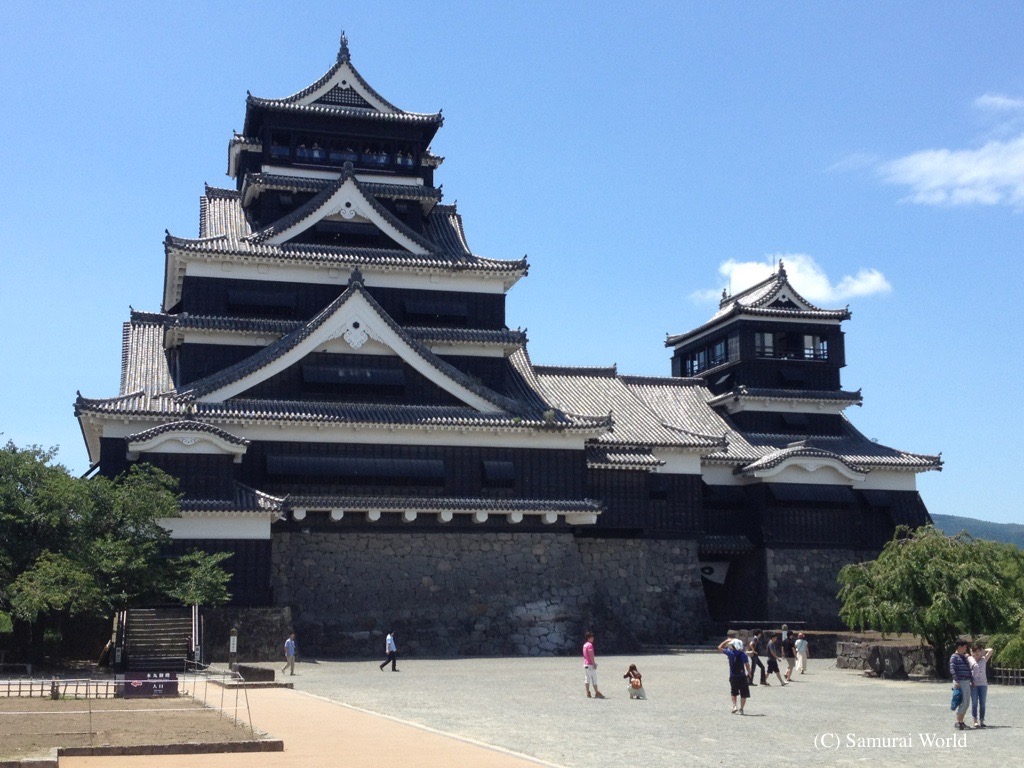 Kiyomasa’s castle building skills were exceptional. He designed a number of strategic castles during  the Korean Campaigns. This talent led him to become famed as the architect of the superb Kumamoto Castle, and was later  engaged by Tokugawa Ieyasu to build the tenshu-dai, the stone ramparts supporting Nagoya Castle’s magnificent keep.

While working on the construction of Nagoya Castle, Kiyomasa used surplus building materials to erect  the Myogyo-Ji Temple on the site of his birth. That temple now stands on the east side of Nakamura Koen.  The same park also features the Kiyomasa Hideyoshi Memorial Museum, featuring items and displays  relevant to the two local heroes. In fact, there are more statues of Kato Kiyomasa around Nagoya city than there are of any other historical figure. 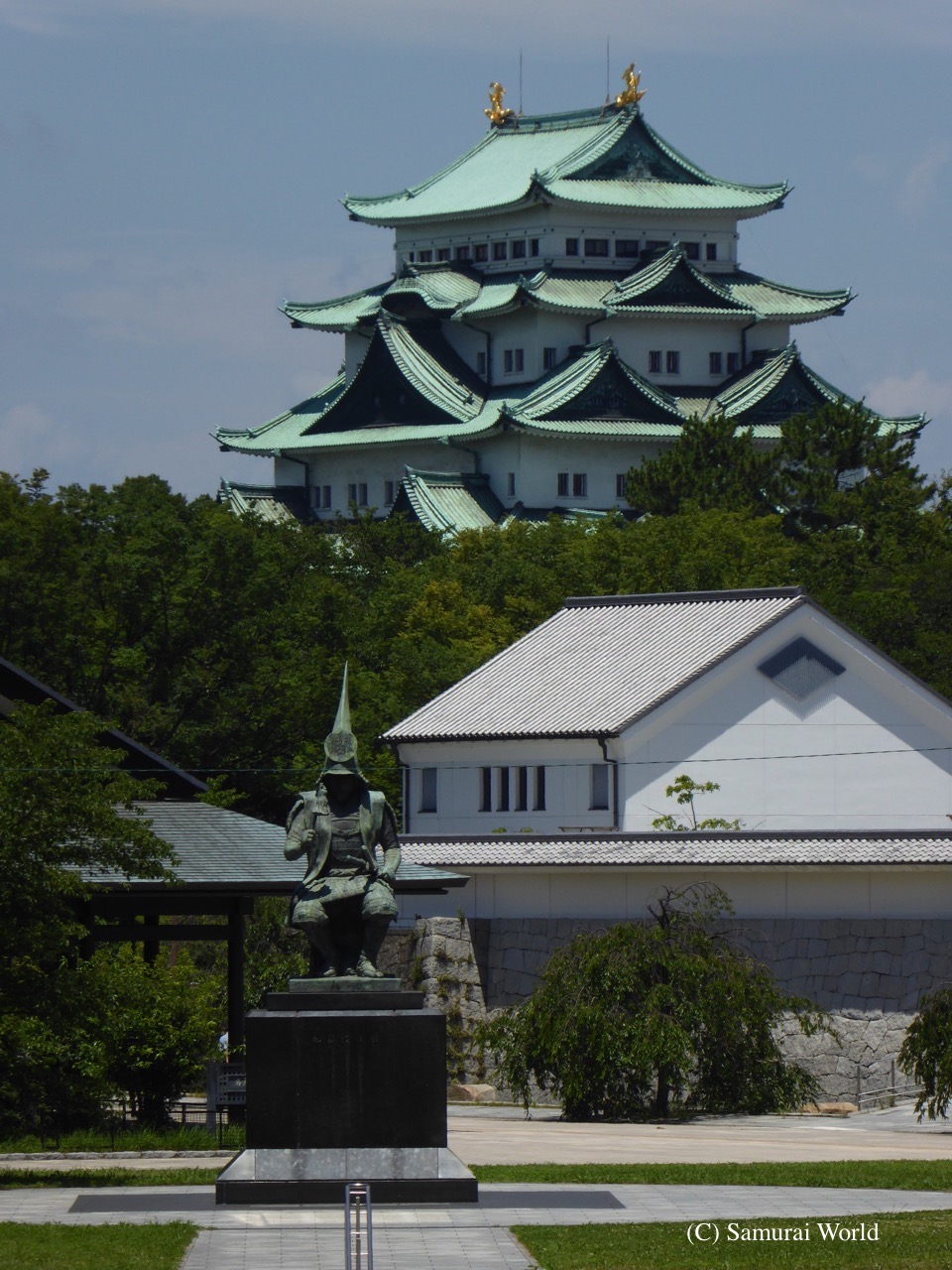 Statue of Kiyomasa in front of Nagoya Castle 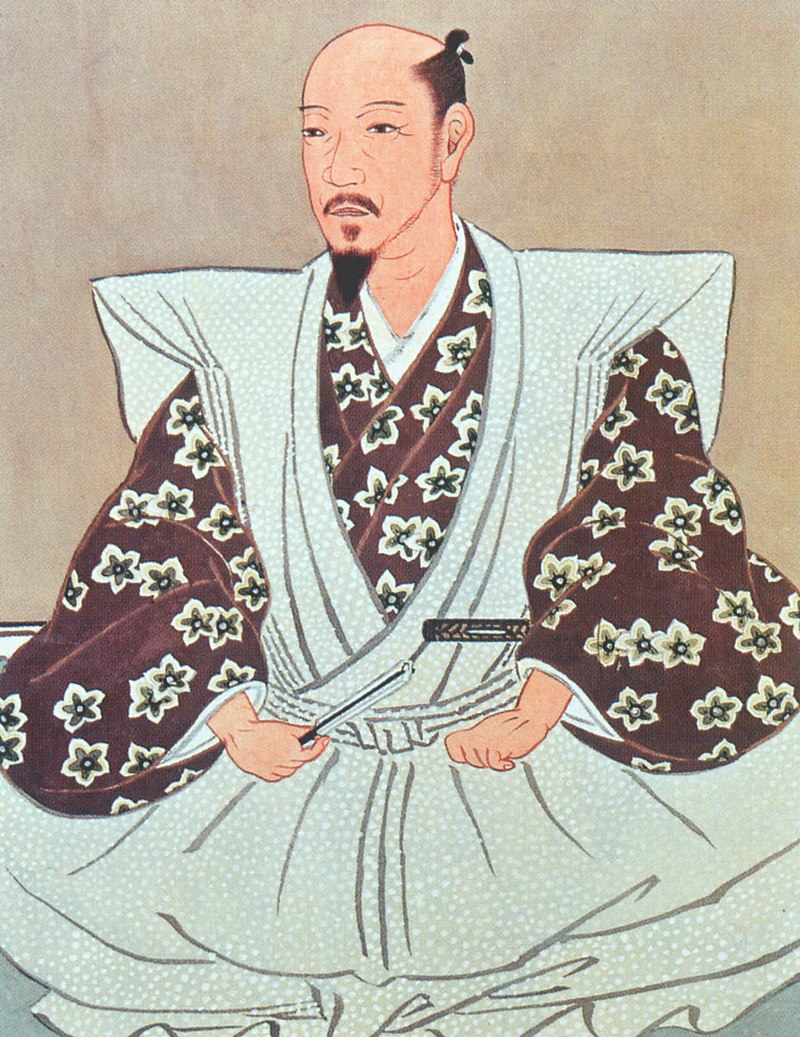 When Kiyomasa died suddenly aged only 50, it was rumored that Tokugawa Ieyasu may have had a hand in his death.  As part architect, Kiyomasa was privy to strengths and weaknesses of Nagoya Castle,  he was a close relative of the Toyotomi clan, and he had been mediating to improve relations between  Tokugawa Ieyasu and Toyotomi Hideyori.  Having completed one such meeting, he was on his way home  by ship when he suddenly became ill and died shortly after arriving in Kumamoto.

Kiyomasa was not interested in niceties such as the tea ceremony or poetry. He was first and foremost a military man. His bravery in battle, his no-nonsense, strict business like attitude to warfare, and his adherence to his principals has made Kato Kiyomasa a much respected samurai.