Matsumoto Castle is a National Treasure designated castle standing on the plains of Matsumoto City, in central Nagano Prefecture. Being a hira-jiro, a castle built on the plains, Matsumoto required an extensive system of moats, stone and earthen walls, and gatehouses for defense. 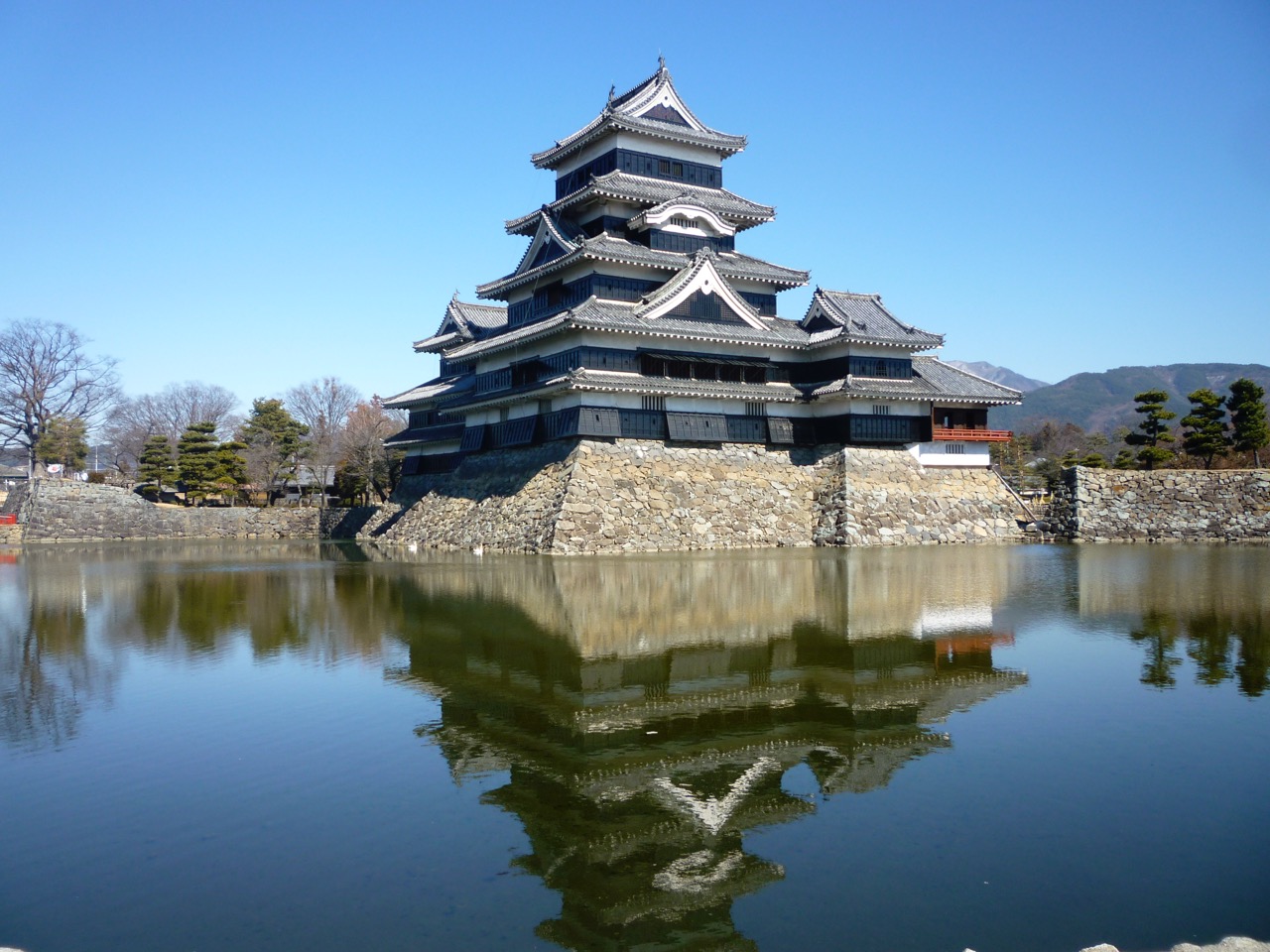 From 1590, Kazumasa rebuilt and expanded the castle, but died two years later in 1592. His son, Yasunaga, also known as Gemba, completed the work in 1594, including the current remaining five-story black lacquered wooden clad tower. 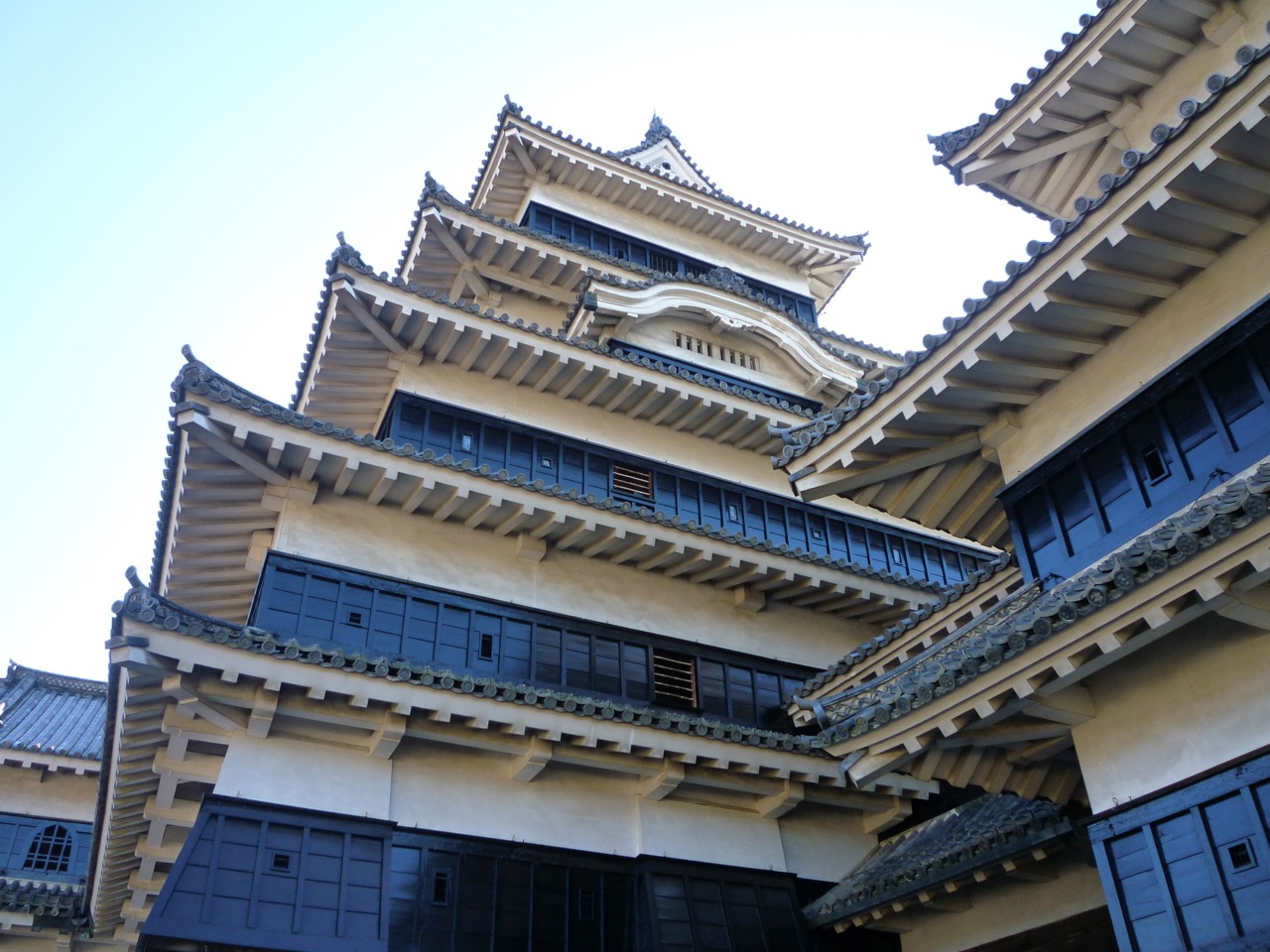 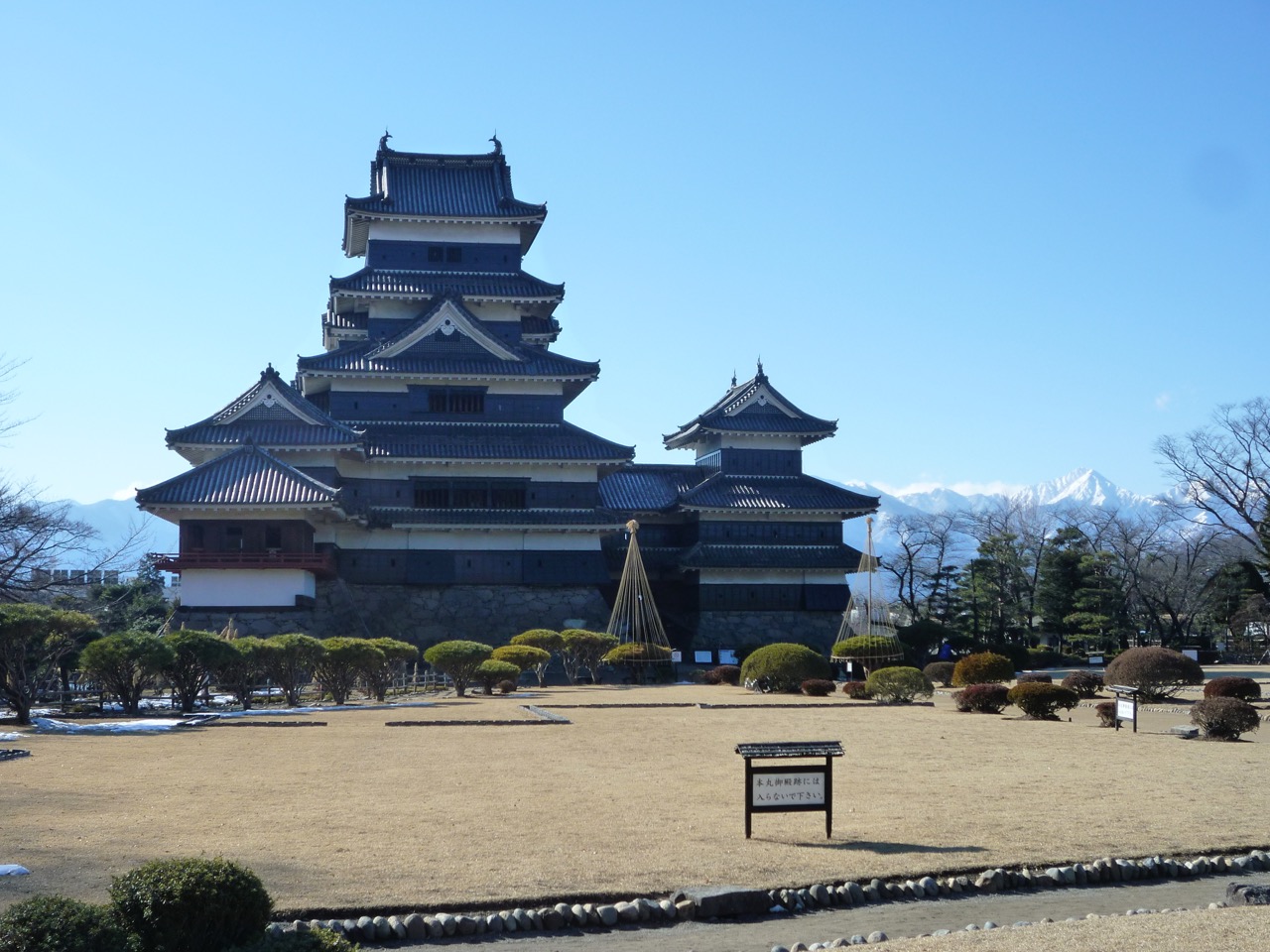 Of interest is the difference in construction, particularly inside of the smaller tower, the Ko-tenshu, and the Tenshu main tower. The upright pillars inside the older ko-tenshu are rounded, while the main tenshu has square shaped supports, having been built at different times. The main and sub-keep towers are connected by fortified watari-yagura corridors. The Tenshu and Ko-tenshu both feature the so-called ishi-otoshi rock dropping hatches on the corners, indicating its war-time construction. The southeastern corner features an open plan yagura known as the Tsukimi Yagura, or Moon-Viewing yagura. As its name suggests, it was built for moon viewing parties and has little defensive value, alluding to its peace-time construction. This was added 1634, 40 years after the completion of the main keep by Tokugawa Ieyasu’s grandson, the then lord, Matsudaira Naomasa for his cousin, the third Shogun Iemitsu’s planned visit. The elegant pavilion was completed on time, however the shogun was suddenly forced to cancel his trip, and never got to see the extension, nor enjoyed a moon viewing party there.

It is said that the moon can be seen three times during a moon viewing party in the Tsukimi-Yagura, once in the sky, once reflected in the moat, and the third being a reflection in your sake cup. Drink enough sake and you may well see more. 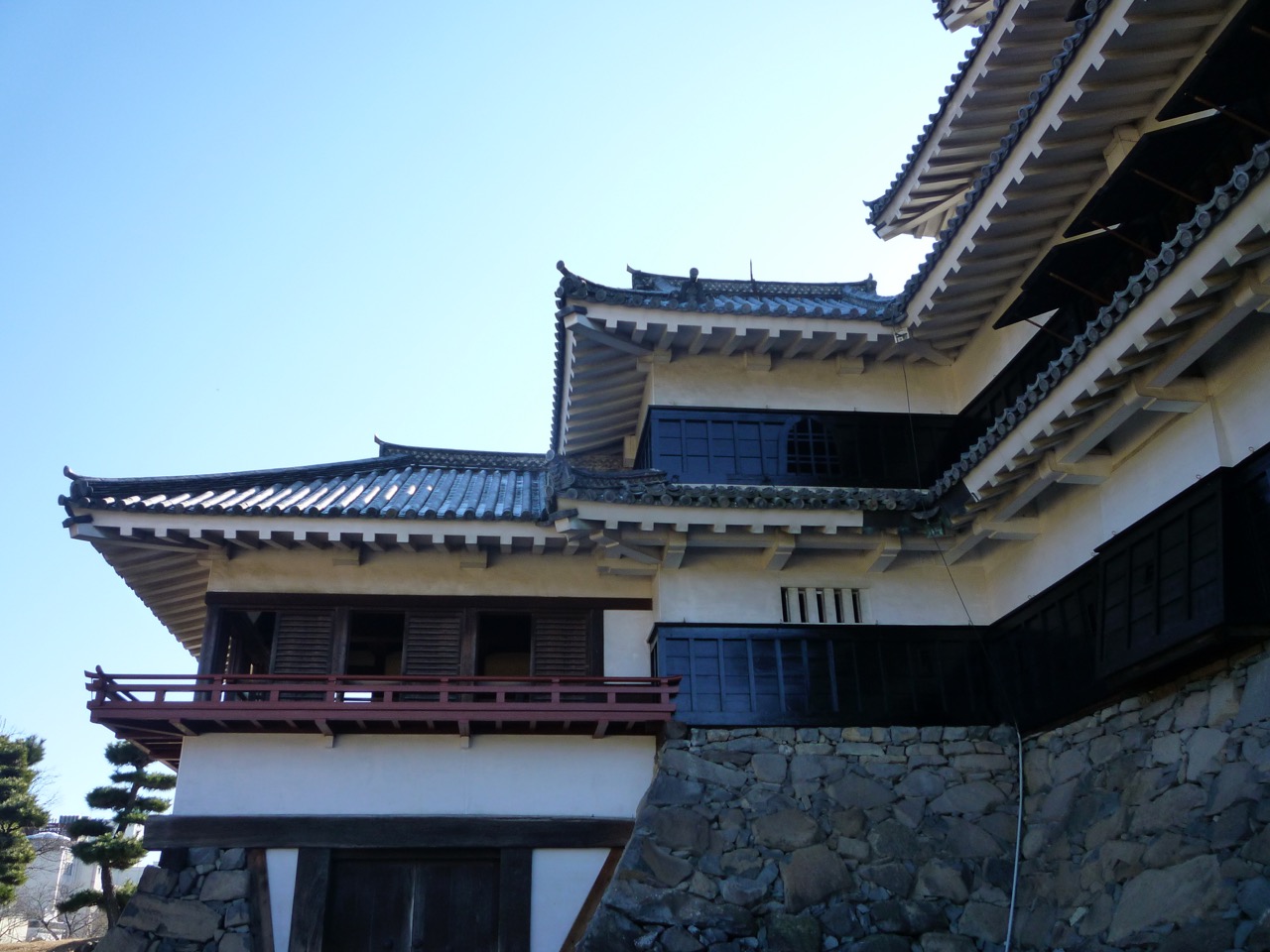 The outer walls of the tenshu complex are covered in black lacquered shitami-itabari cladding, protecting the mud walls within, giving it a strong, somber appearance, particularly against the backdrop of the winter snow capped northern alps. 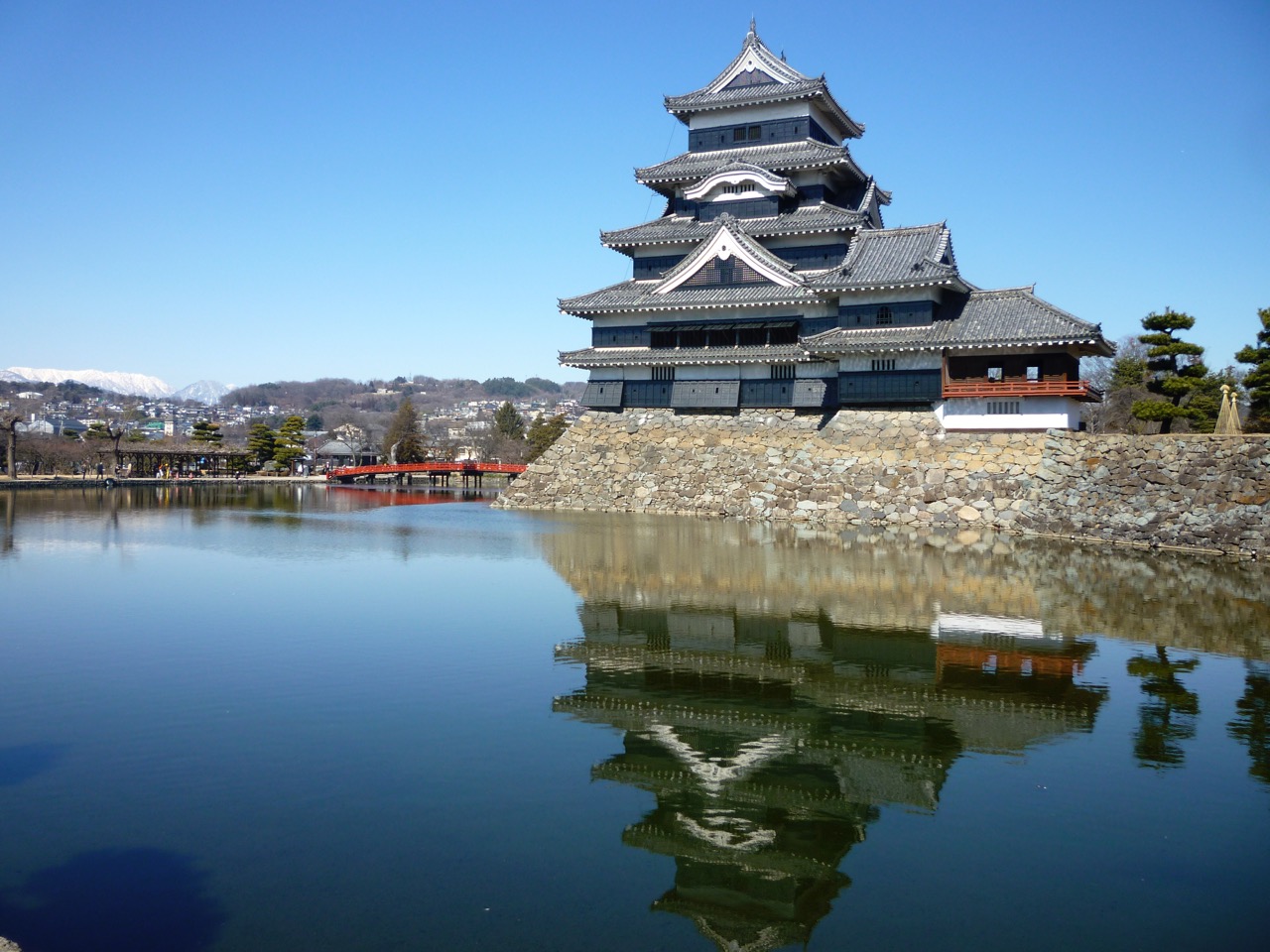 In 1872 following the collapse of the feudal system and the start of the Meiji Restoration, Matsumoto Castle, like most castles across Japan, was scheduled for demolition and sold at auction. Many citizens against the demolition formed a group to save the castle, successfully preserving it for future generations to enjoy. In the mid Meiji period, the castle developed a lean, and again civic groups rallied to repair the tower keep. The castle was designated as a National Treasure in 1952, and recent improvement works have seen the reconstruction of a number of gates and walls.

On the corner of the Taiko Yagura Mon Gate and current entrance to National Treasure listed Matsumoto Castle is a large, rectangular upright rock, about 2 and a half meters high, and weighing an estimated 22.5 tons. It is known as the Genba Stone, after the samurai lord, Ishikawa Genba, who had been tasked with the redevelopment and expansion of the castle in 1590.

Exceptionally large rocks are often used at the gates and entranceways of castles as a display of power and financial strength. Anyone able to have such a large rock must also have a large and well-equipped army, and therefore was someone to be reckoned with.

The story goes that when the rock was being moved into place, lord Ishikawa Gemba himself stood atop the great rock directing the laborers as it was being pulled into position. It was then he overheard some of the workers complaining that the rock was too big and heavy to be placed. Within seconds, the head of the main complainer was rolling in the dust. Spears were then thrust into the neck cavity, and the head hoisted up for public display. Climbing back onto the rock, Gemba ordered the laborers to pull, and pull they did! The huge rock was very quickly, and very quietly, moved into position. 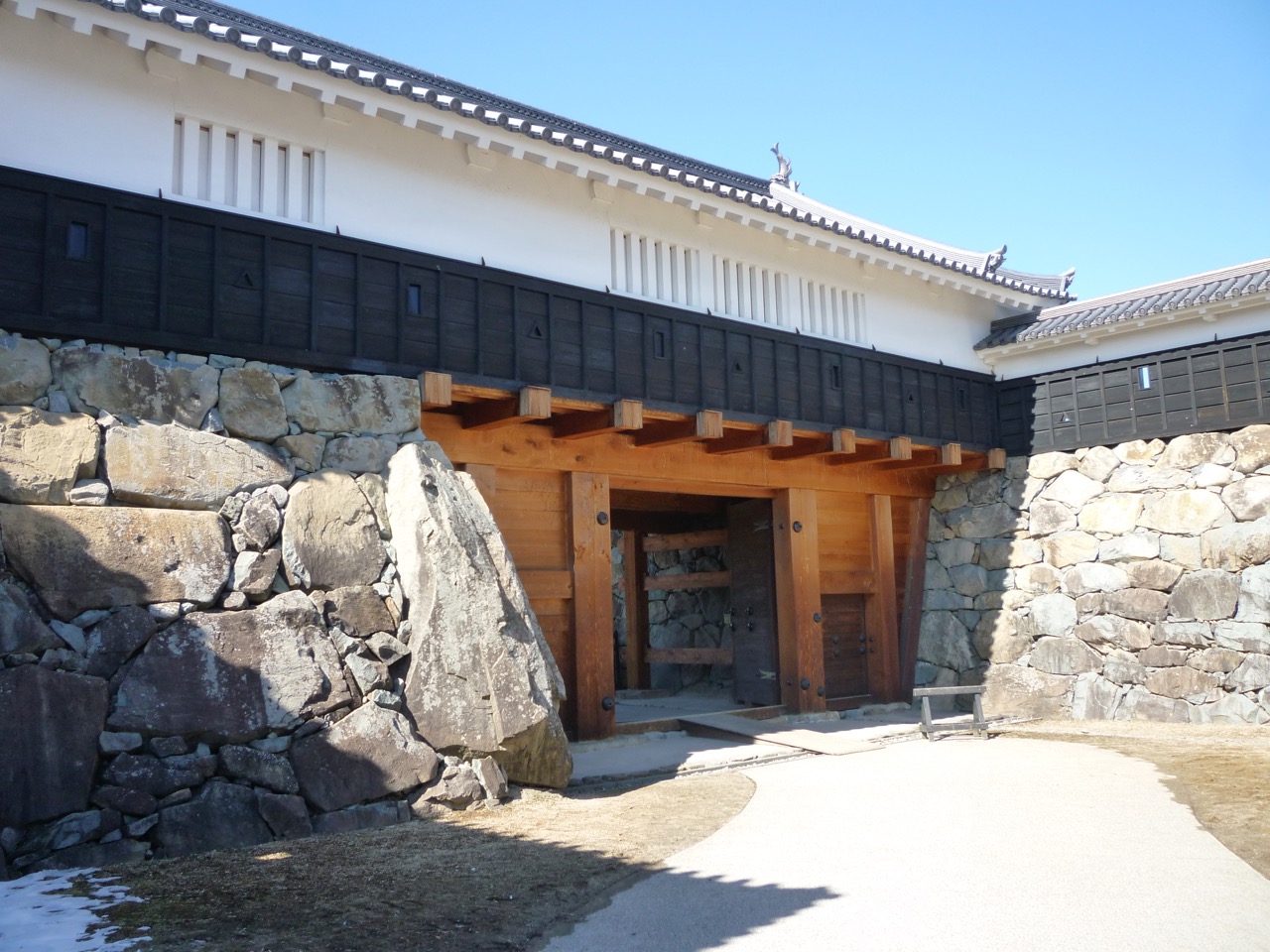 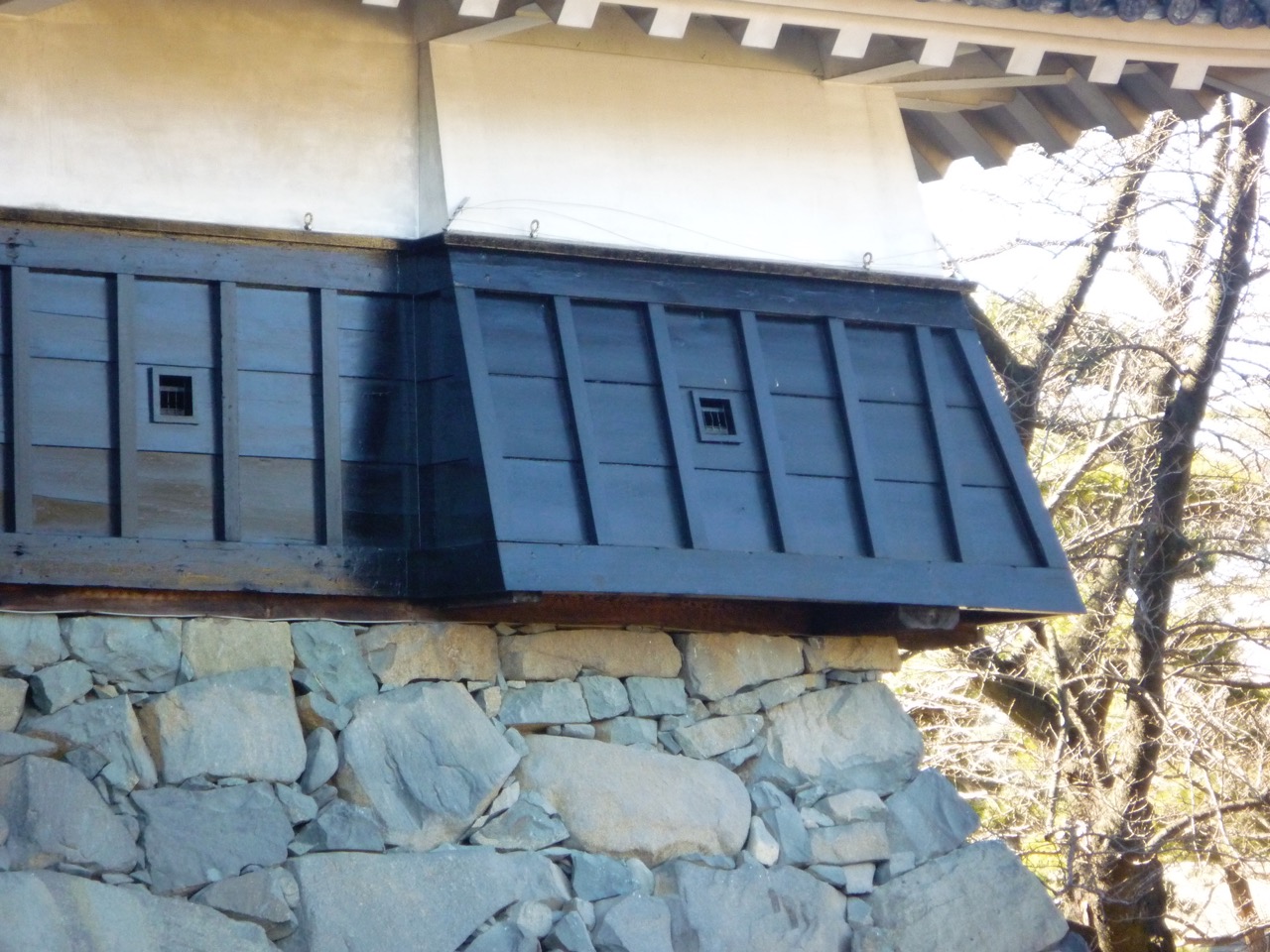 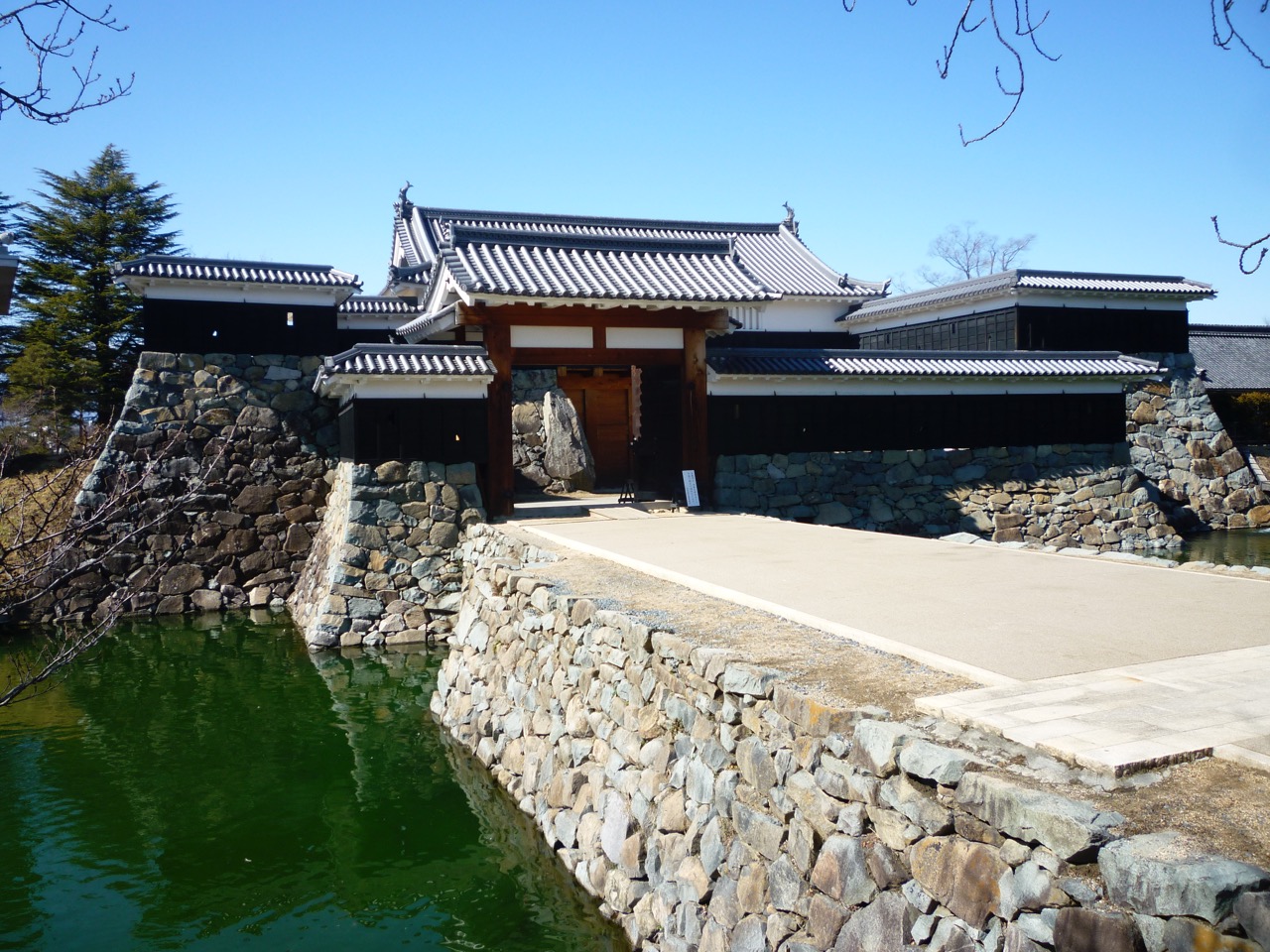 Matsumoto Castle is a stunning example of Sengoku period castle architecture, and one of only five castles designated as National Treasure. Matsumoto Castle is also known as Karasu-Jo, or Crow Castle due its black walled main tower and adjoining towers looking like a crow spreading its wings. It is off the standard tourist path, but not too far, as the Crow flies. 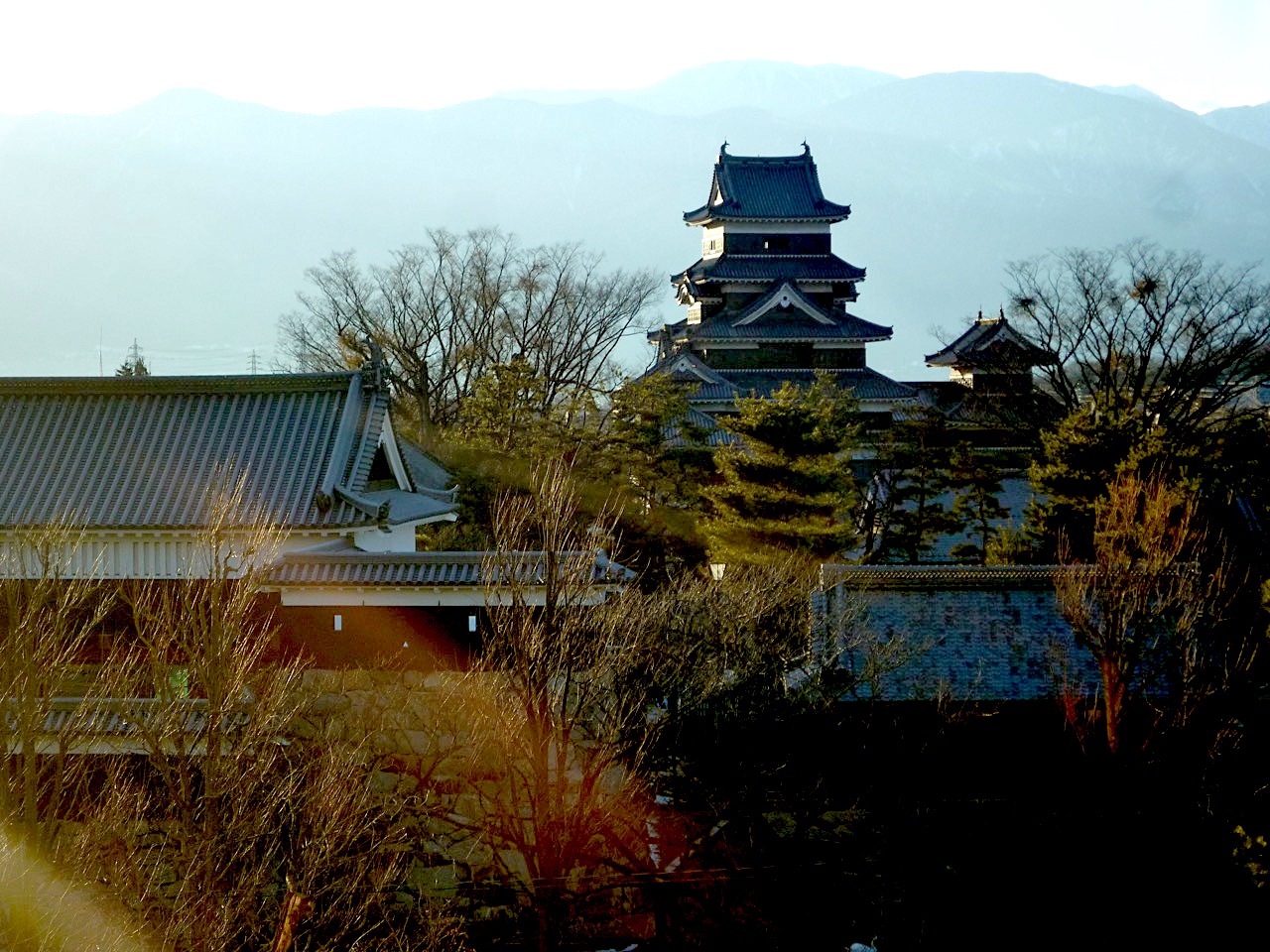