Sadowara Castle in Miyazaki Prefecture was a Yamajiro, mountaintop castle, first built during the Nanboku-Cho period (1334-1394) by the Tajima clan. Like most castles of the period, the mountain used, Mt. Kakusho, was shaved flat in terraced sections to create the various baileys, or kuruwa, and while there were various structures and defensive works built at the top, and around the mountain, the lords main living quarters and administrative offices were located at the foot of the mountain. 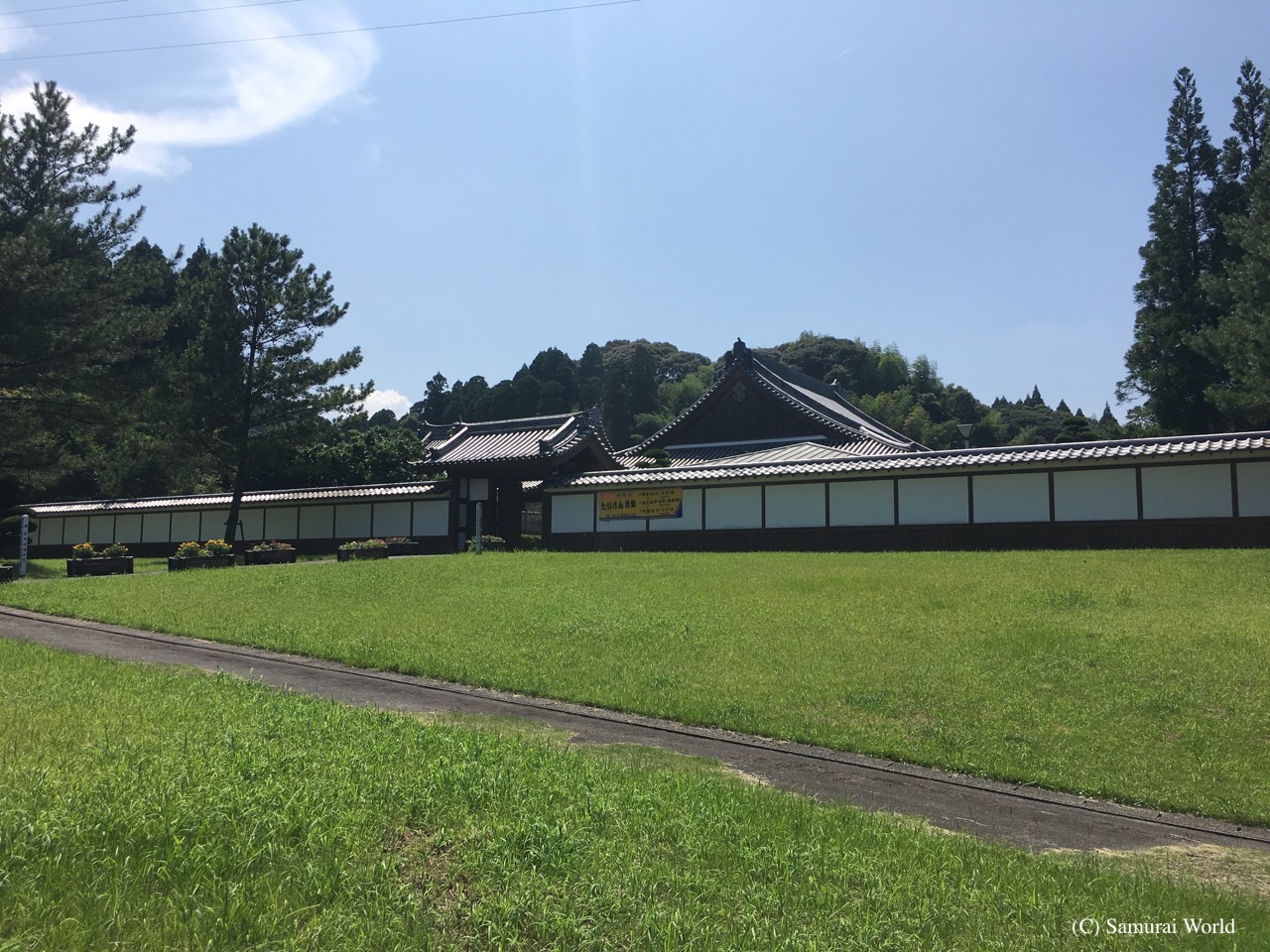 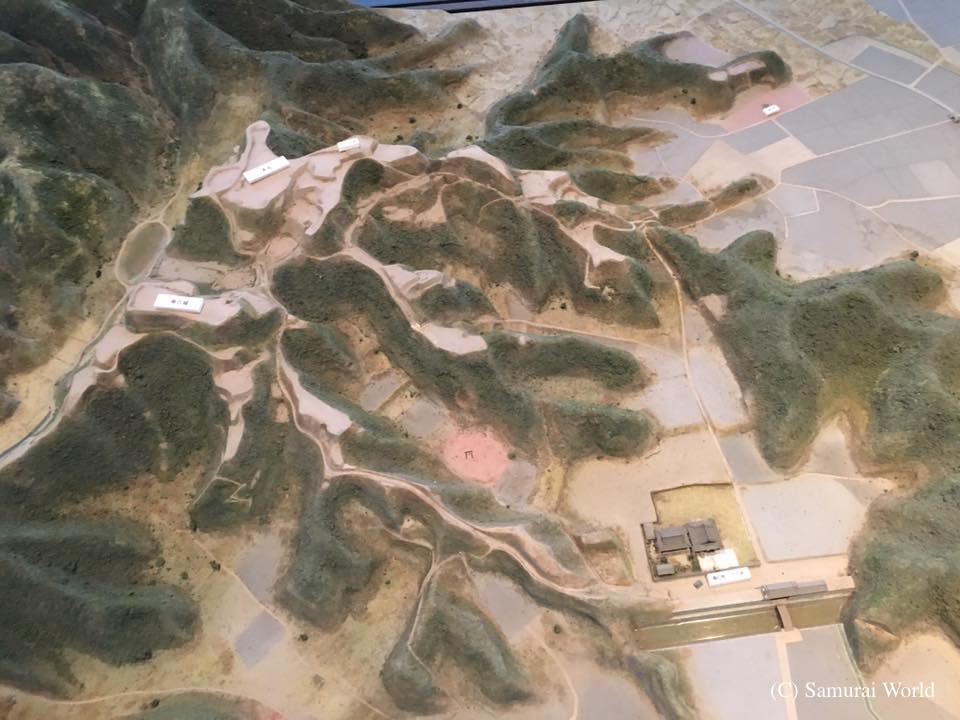 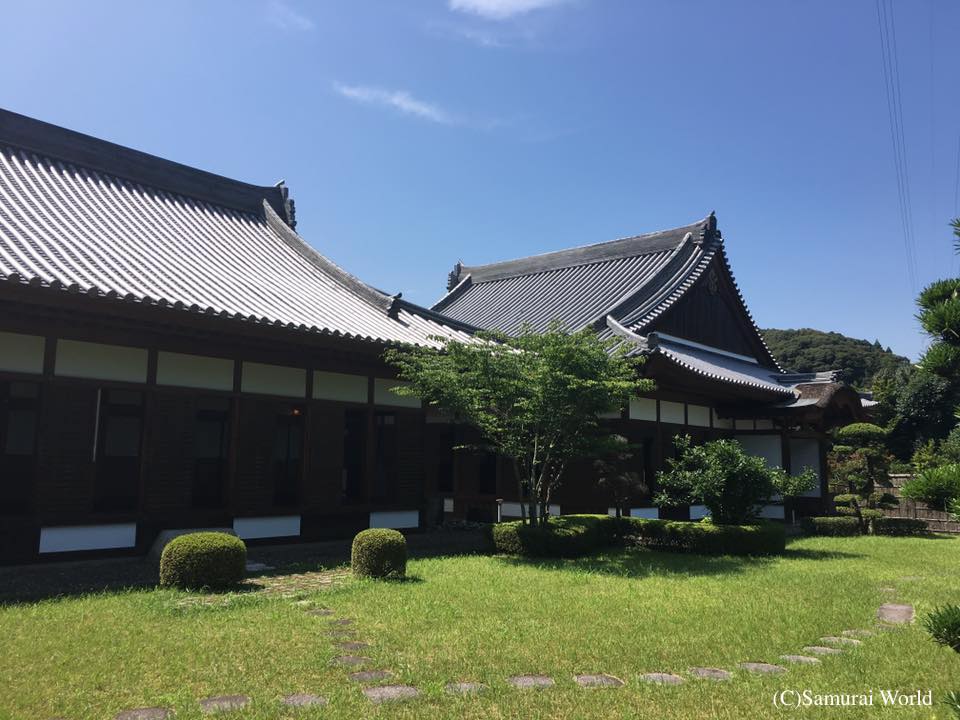 The Tajima lost Sadowara Castle to Miyazaki prefectures mighty Ito clan around 1427. The Ito clan remained in Sadowara until 1537, when much of the castle was destroyed in a fire, forcing the Ito to relocate to Miyazaki castle for 5 years until repairs could be completed.

In 1568, they returned to Sadowara, making it their main base castle. The Ito lost the castle to the Otomo clan in 1577, and they in turn lost it in 1579 when the Shimazu clan took control. Upon the death of lord Shimazu Iehisa, he was succeeded by Shimazu Toyohisa. After Toyohisa’s death in the battle of Sekigahara in 1600, Sadowara became Tokugawa property, and in 1693, despite their previous opposition to the Tokugawa, Toyohisa’s cousin became castellan.

The castle underwent an expansion in 1610, when a three story keep, Yagura watchtowers and stronger gates were constructed. The remains of the castle keep show it to have been about 11m X 12m in size. During excavations, parts of a shachihoko, the tiger-fish roof ornament gracing castles and temples was discovered. This shows that a set of 50cm wide, 80cm high, gold covered shachihoko ornaments once graced the keep’s roof. 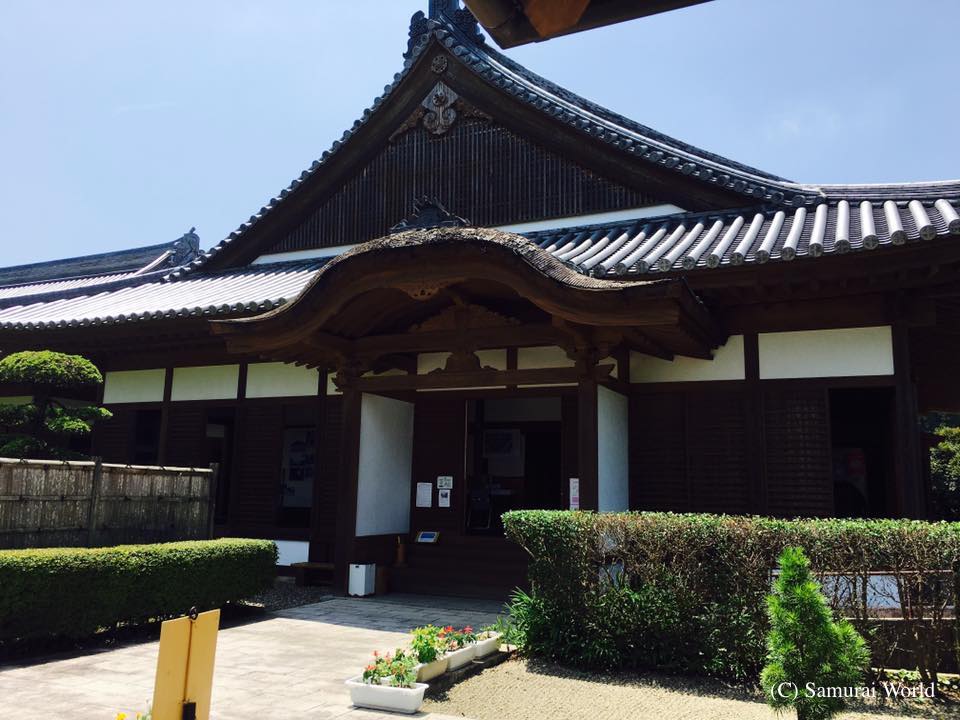 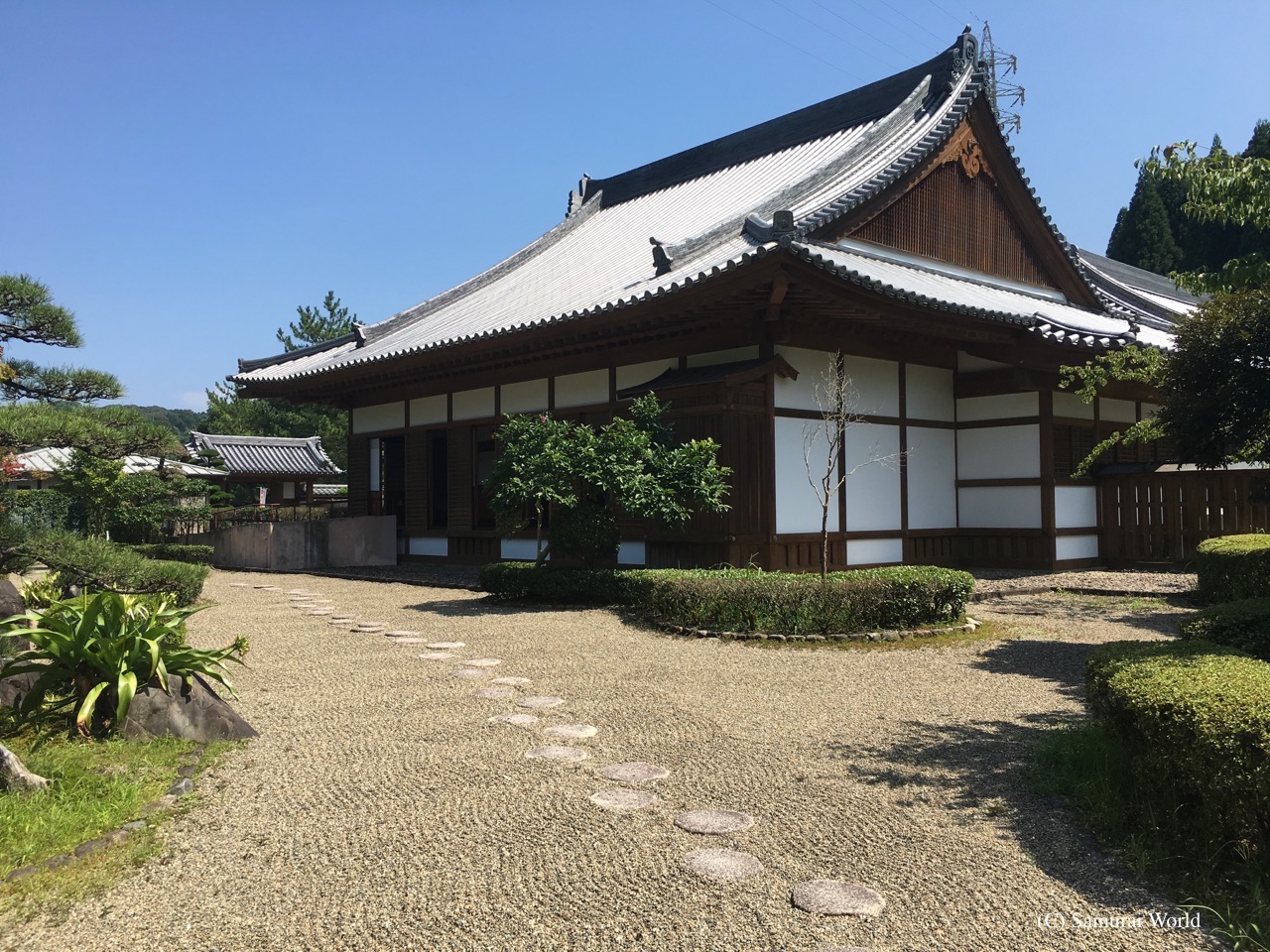 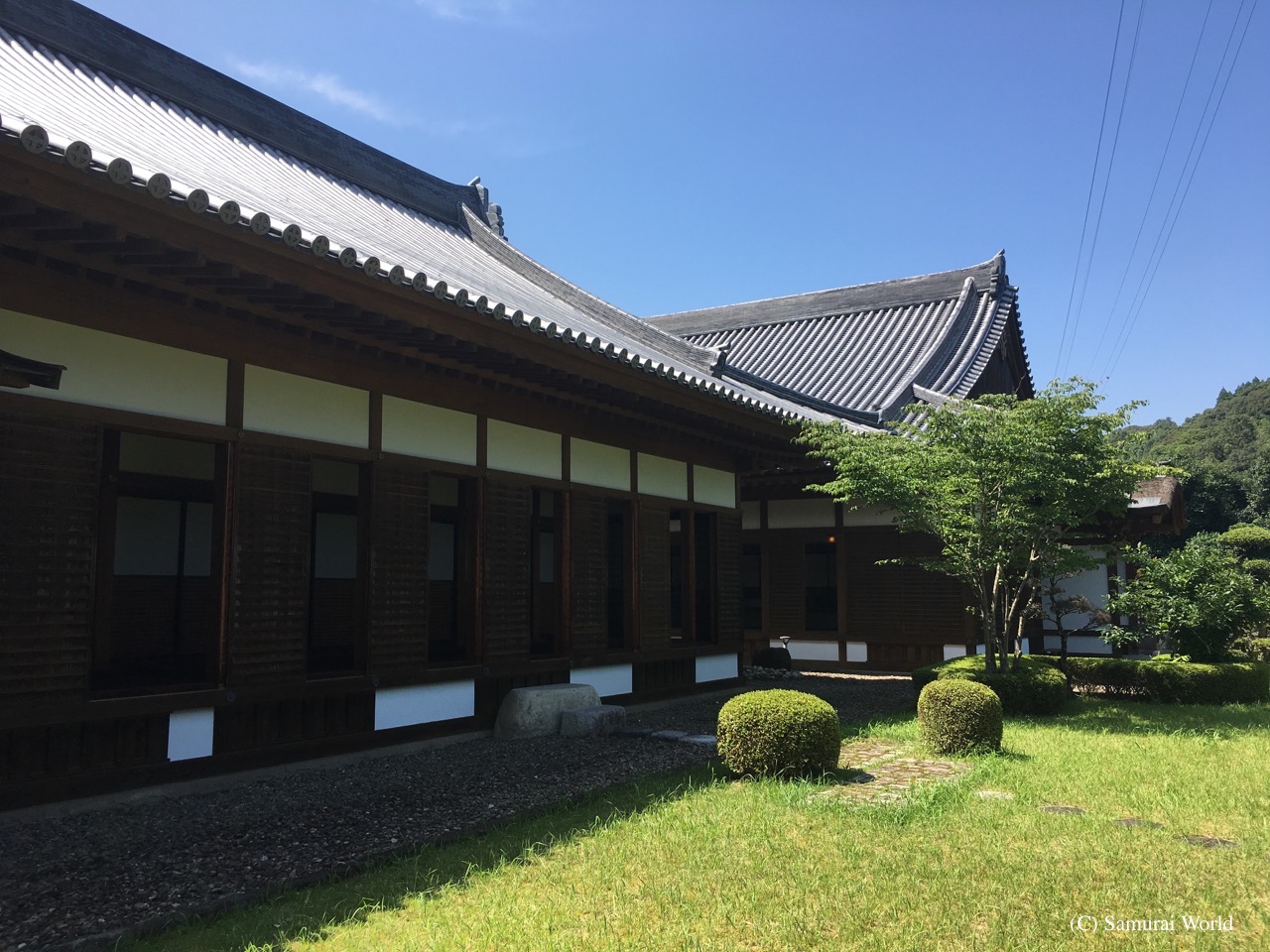 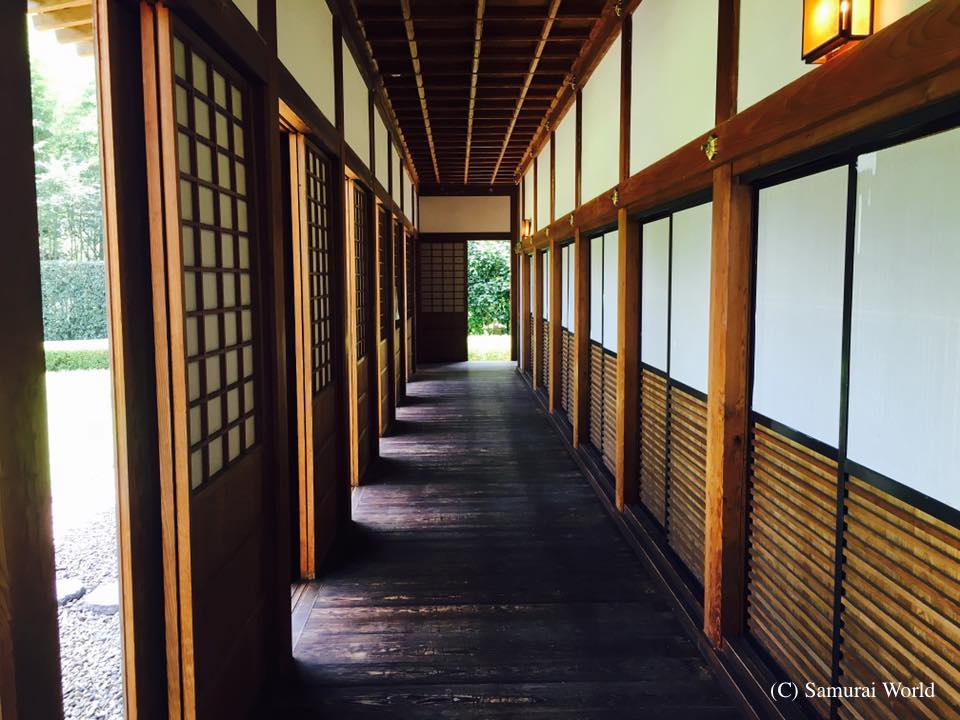 Reconstruction was performed in the traditional way 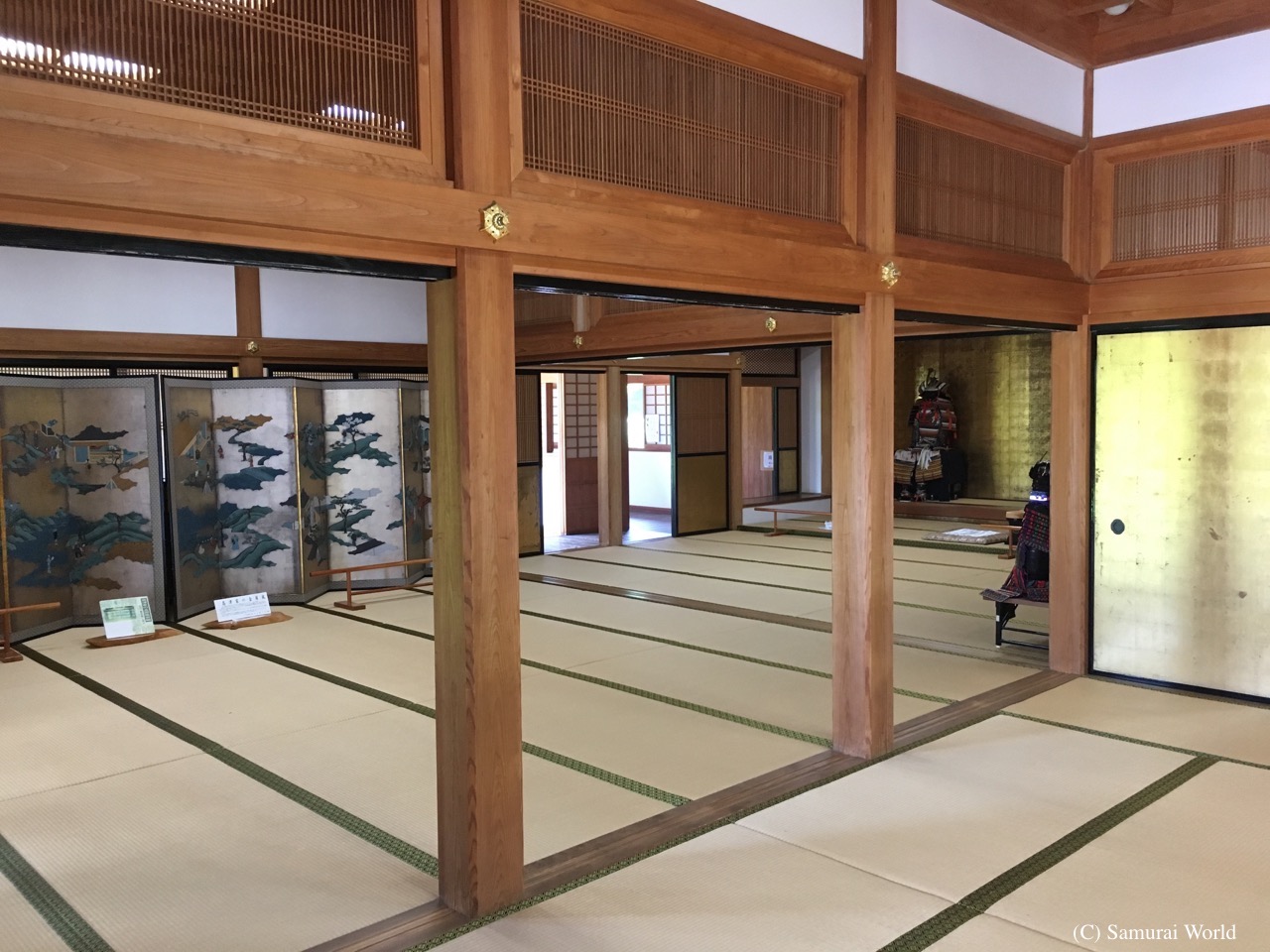 Visitors gain a feeling of the dignity of Sadowara 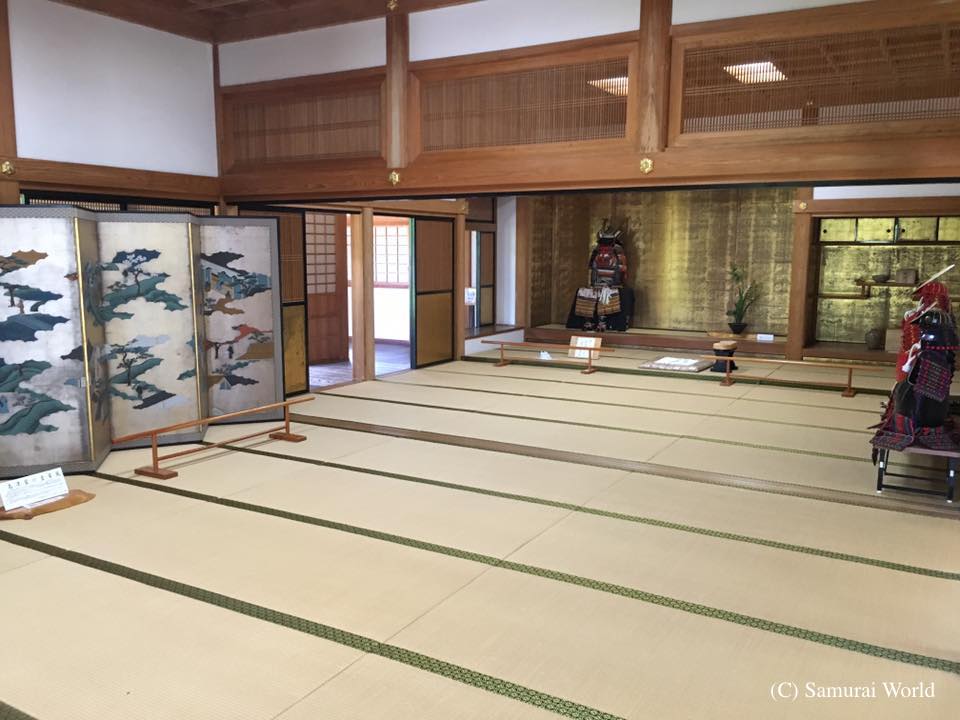 All of the approaches to the Honmaru, main central bailey, were literally carved from the mountain, making the paths to the top effectively trenches that could contain an attacking enemy force, while being defended from above. Gates at various positions along those trenches controlled the flow of potential attackers. The Ni-no-Maru palace and samurai living quarters were built in the flat land of the easily defended narrow valley below the mountaintop castle around 1625. 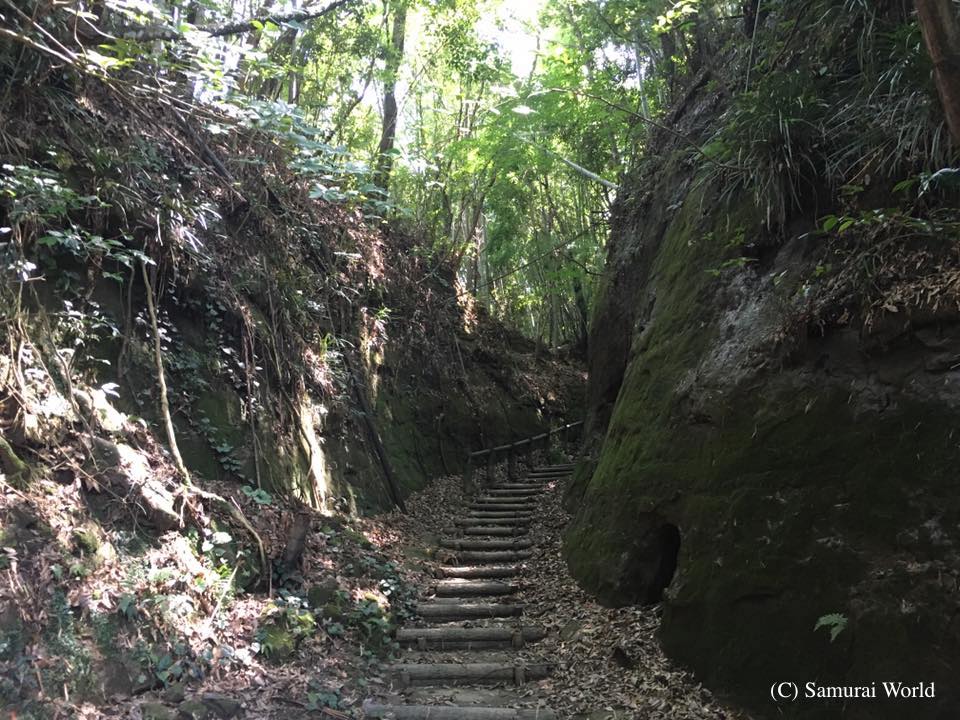 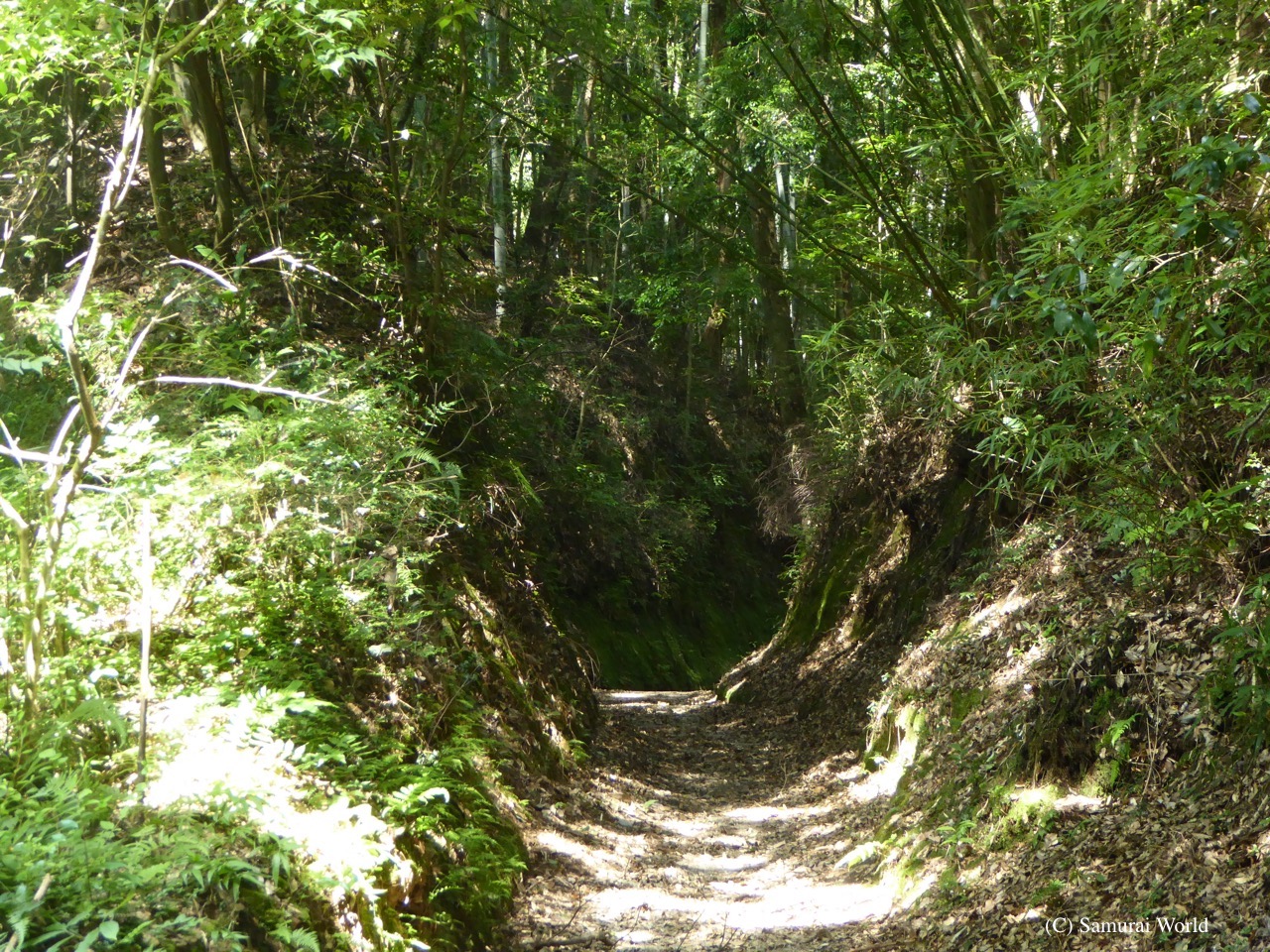 The trenches contain attackers and are easily defended from above 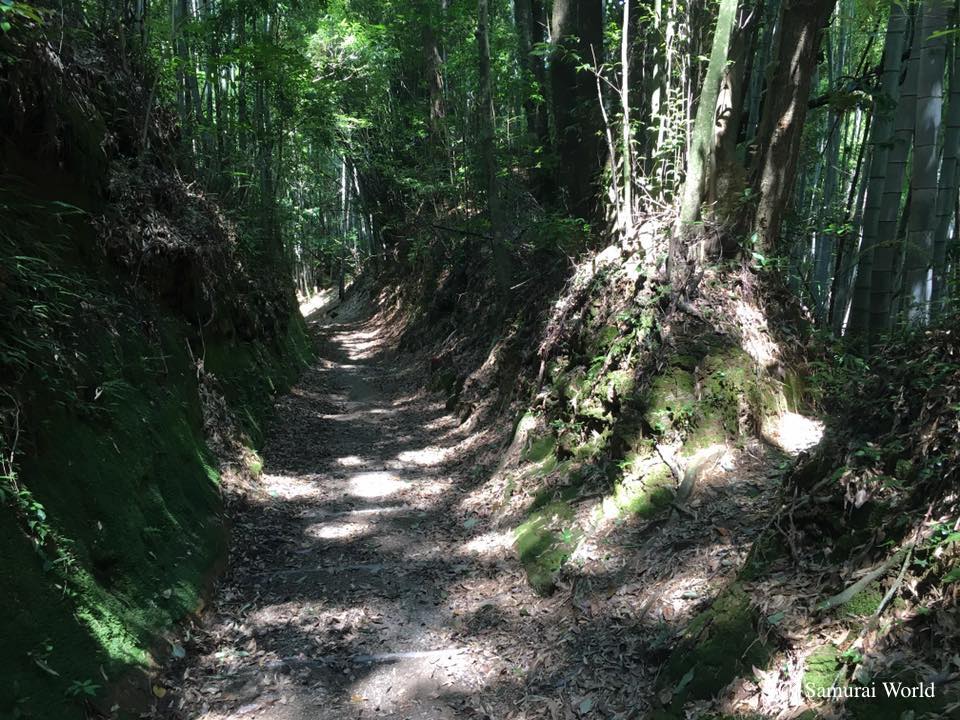 Each trench was dug by hand, turning the entire mountain into a fortress 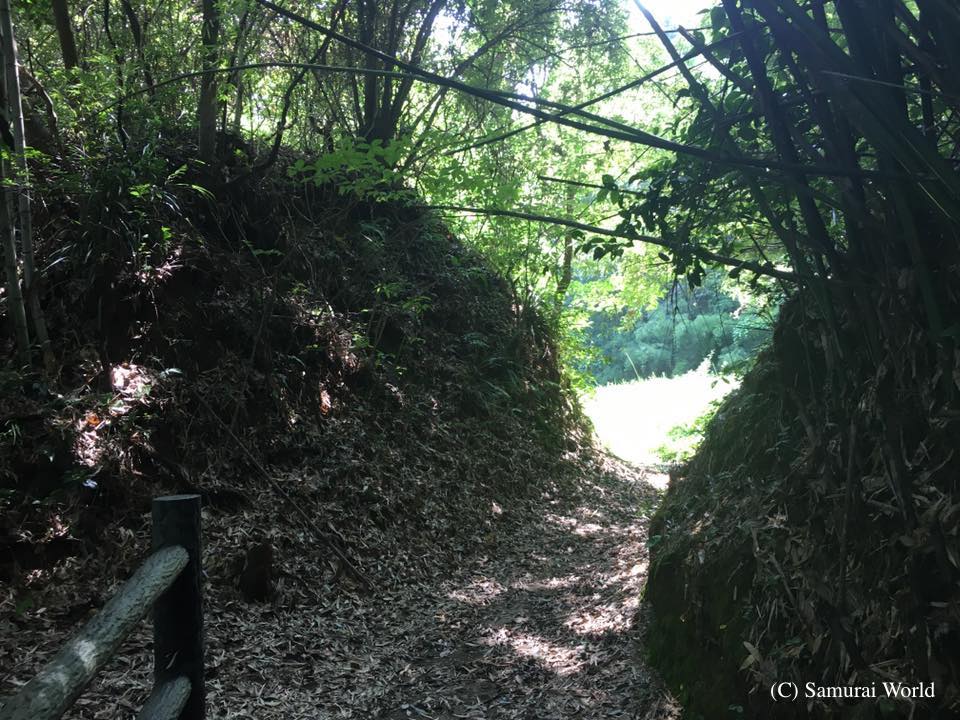 Gates at various positions controlled the flow of potential attackers 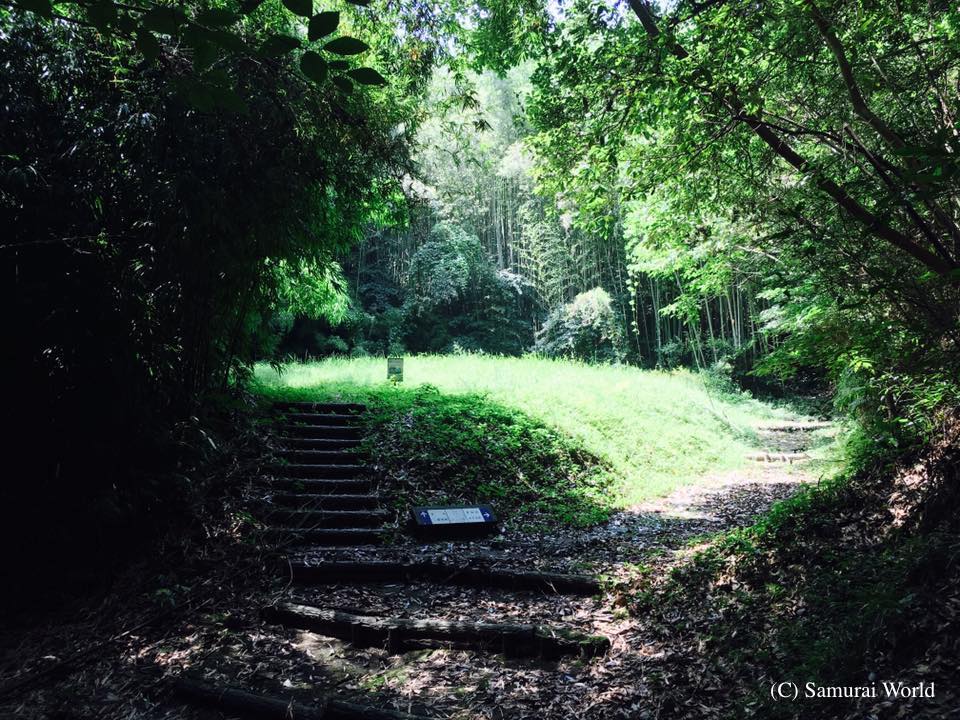 Sadowara castle protected the central Miyazaki region until 1870, when the 10th Shimazu lord abandoned the fortress, which, like most castles across the country, was demolished in 1871.

The Ni-no-Maru palace was reconstructed based on plans made from the study of the base stones, and research on 17th century architecture styles in 1994.