Tsuyama Castle in Tsuyama city, Okayama Prefecture is known as one of Japan’s top three major Hirayama (hilltop) styled castles, along with Himeji and Matsuyama Castles.

Tsuyama Castle once consisted of 77 structures, including the main keep, various yagura (watch-towers), gates, and the palaces and living quarters. Hiroshima Castle by comparison had 76 structures, and Himeji, 61. A castle was first constructed on the site in 1441, but abandoned a few years later. The current large scale construction dates from 1603, and was built by Mori Tadamasa. The castle remained the administrative base of the Tsuyama Han daimyo, the Mori clan between 1603 and 1697, and the Matsudaira clan from 1698 to 1871. 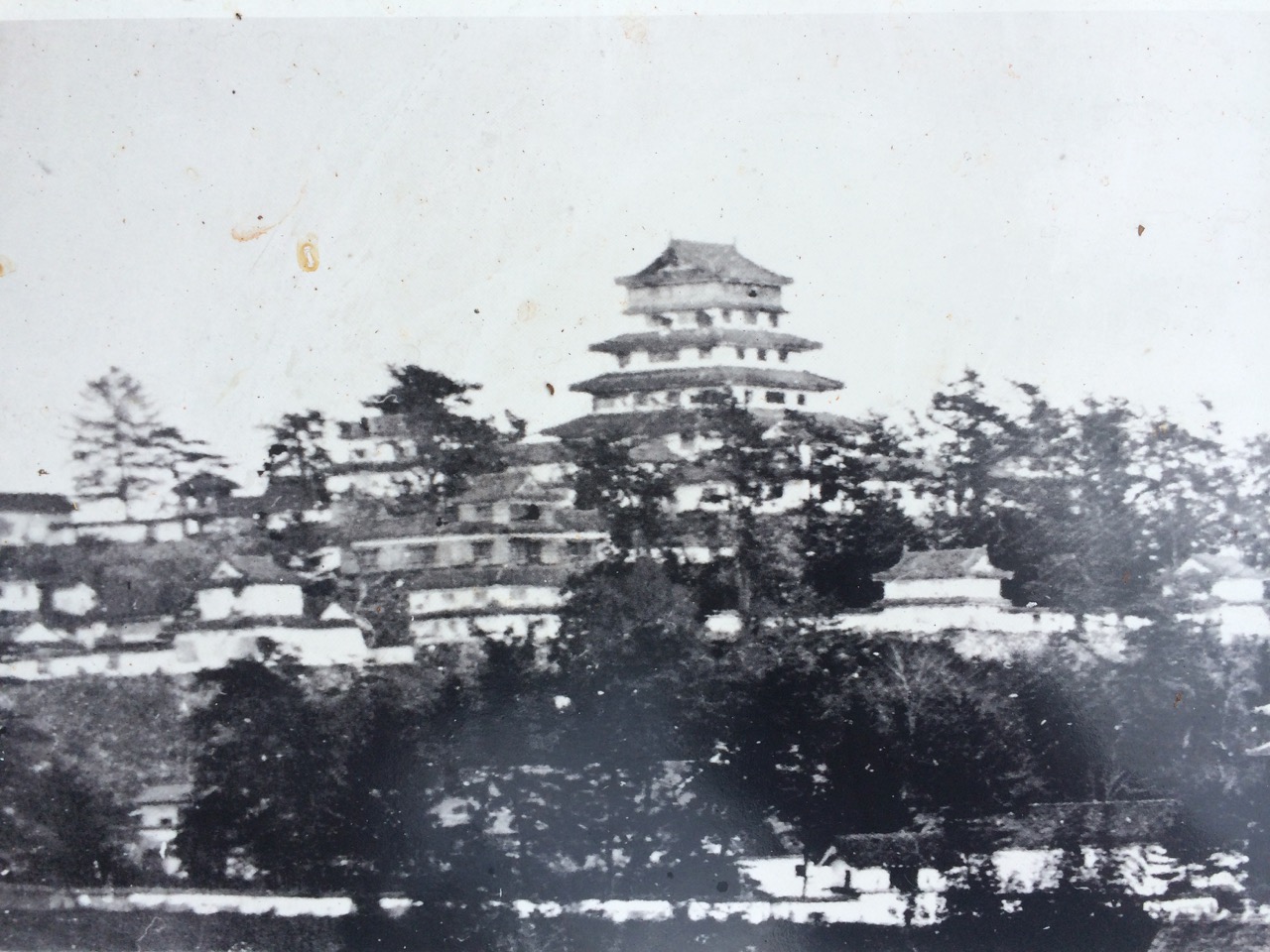 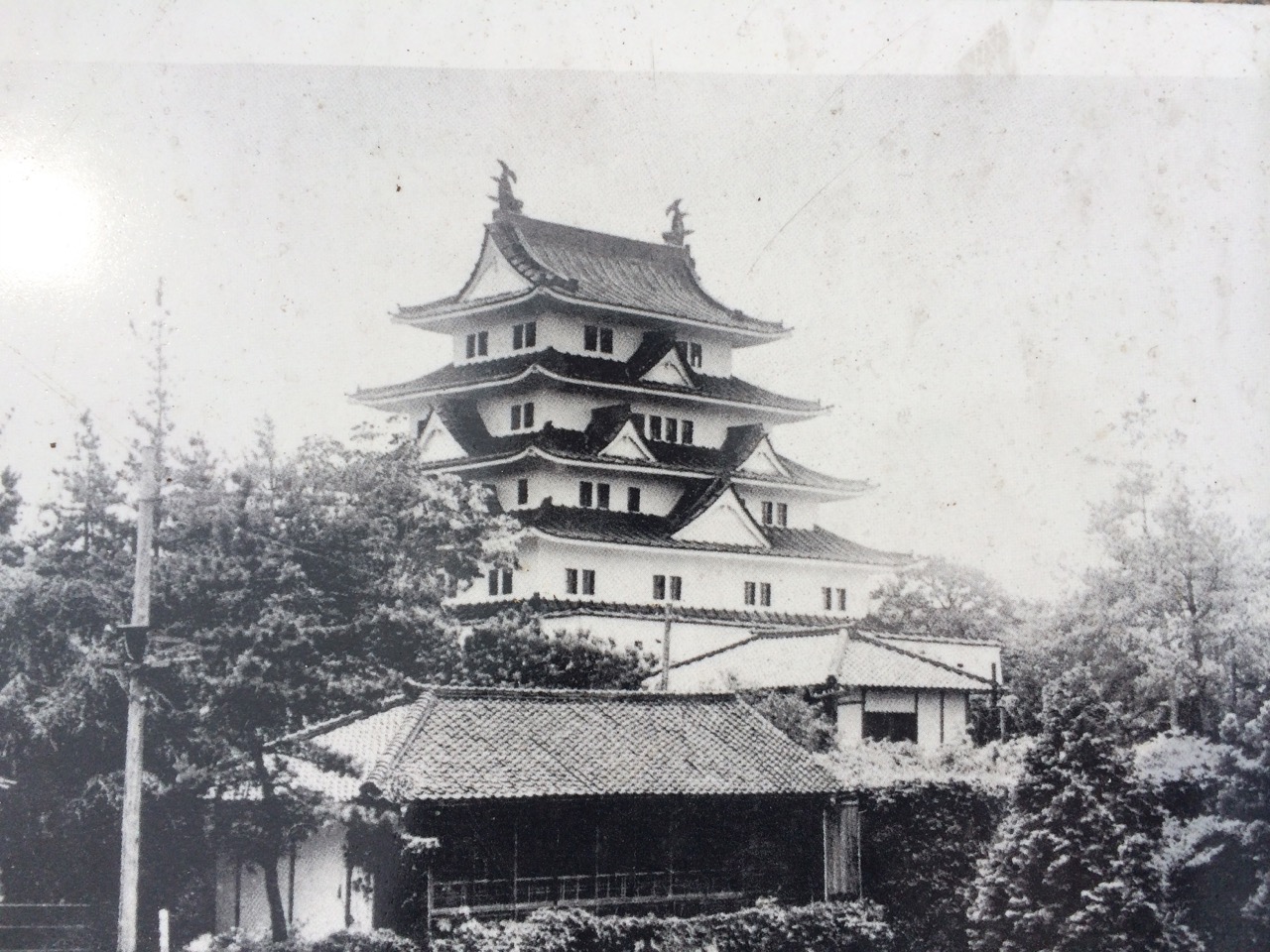 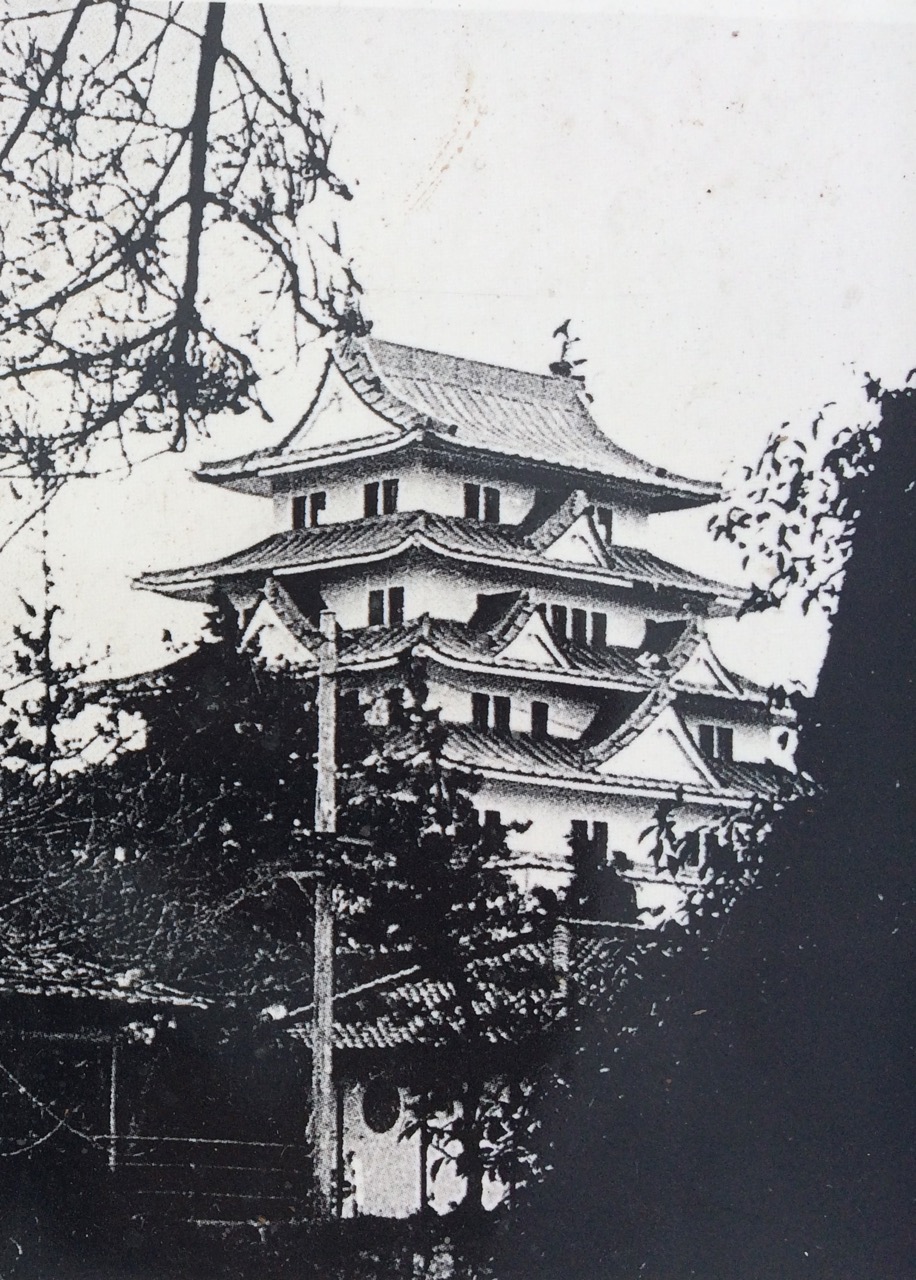 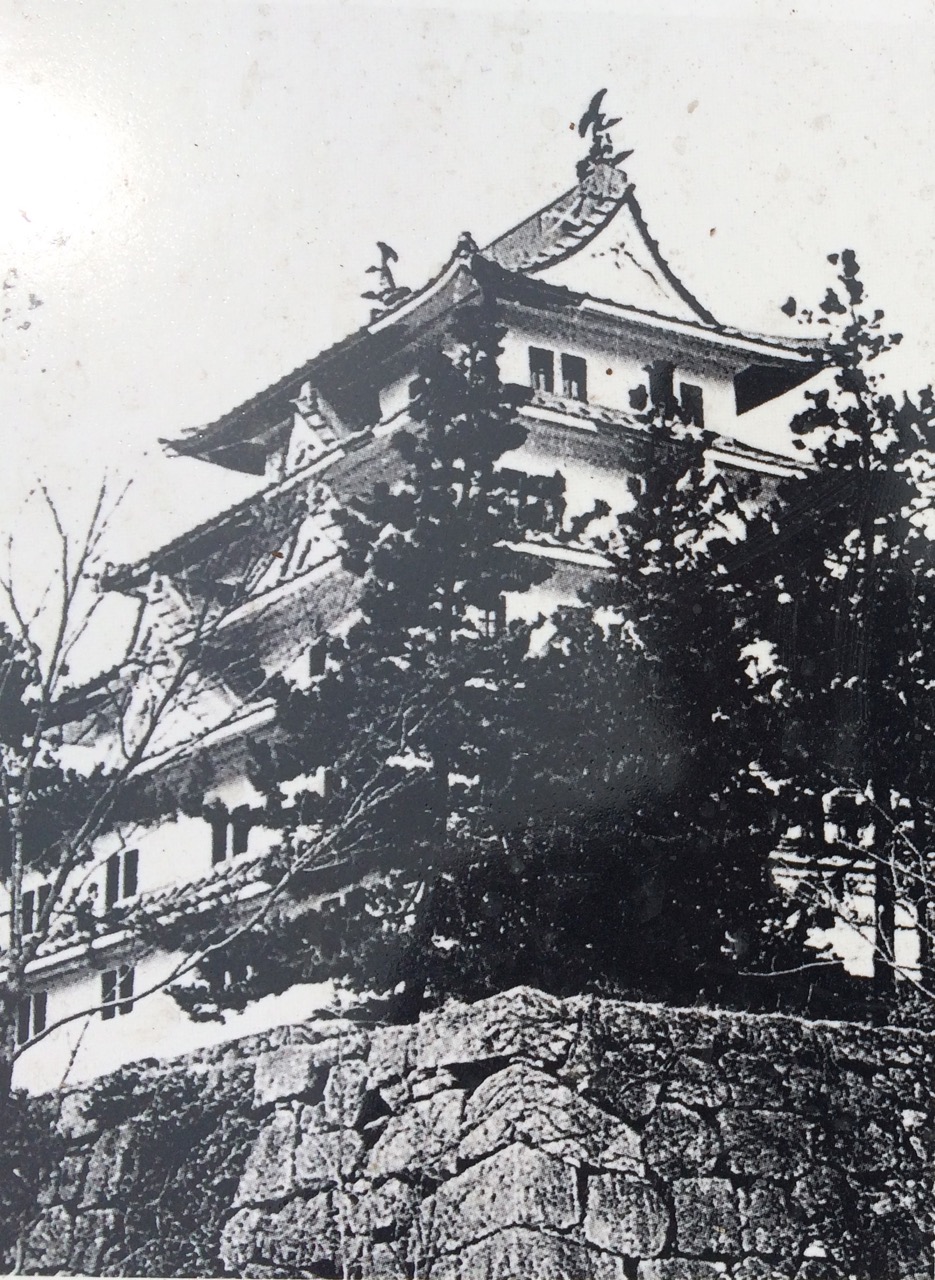 Tsuyama Castle’s tower keep consisted of 5 stories, although it was unofficially registered as 4, as a ban was placed on towers over 5 floors high. The lord at the time, Mori Tadamasa, refused to dismantle the tower as the laws changed, and instead, simply removed the tiles from the roofing between the 4th and 5th floors, claiming it was not a roof, but eaves. The officials were convinced, and the keep was registered as “Four stories, with eaves giving the impression of an extra floor”. 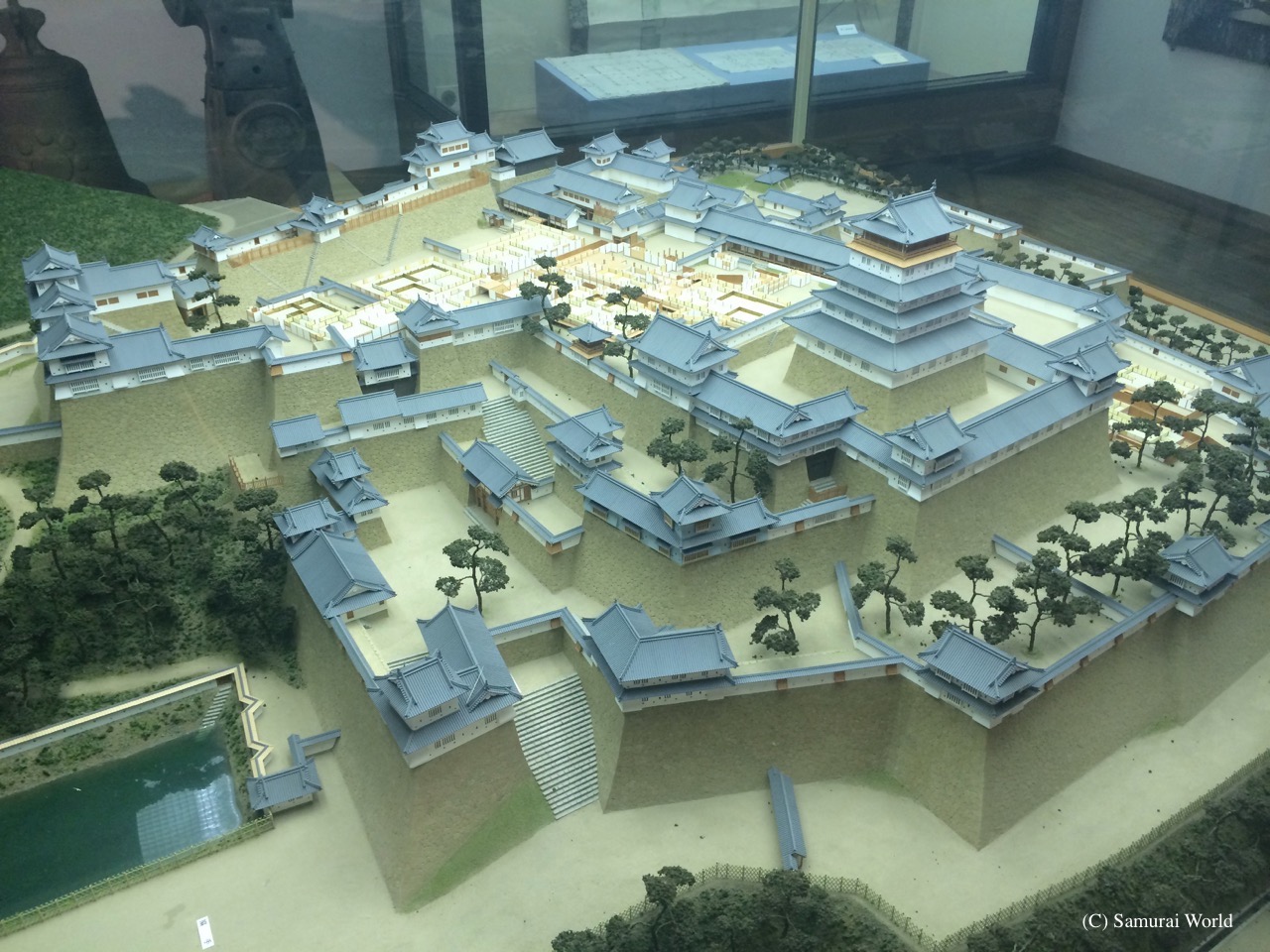 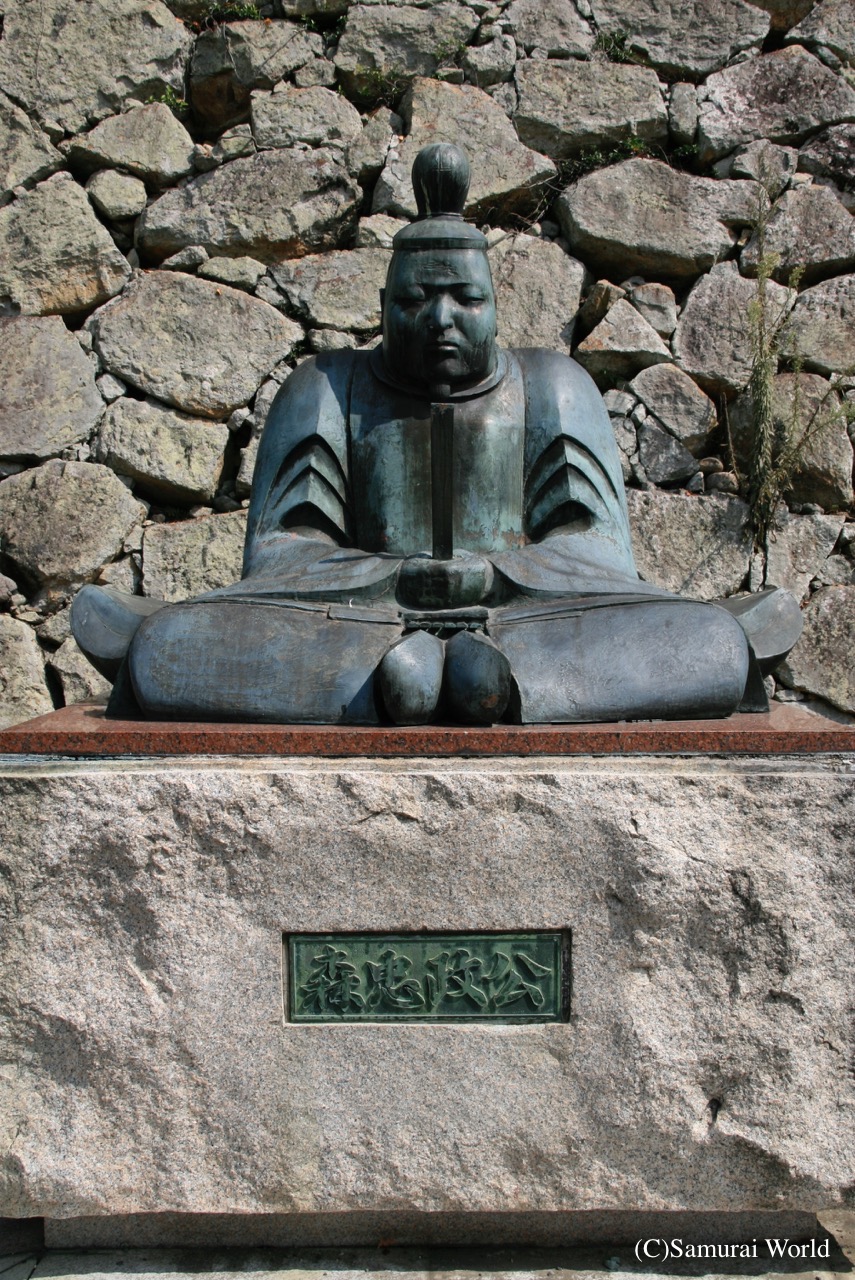 The castle was abandoned in 1871 when the feudal system was abolished, and sold 2 years later. Between 1874 and 1875, the keep, walls, gates and all turrets were all dismantled and destroyed. It was not until 1890, when part of the north-western stone walls collapsed following the destruction of the buildings, that conservation efforts began. Unfortunately, this came too late to preserve any of the original buildings. In 1963, Tsuyama Castle ruins were registered as a National Historical Site. 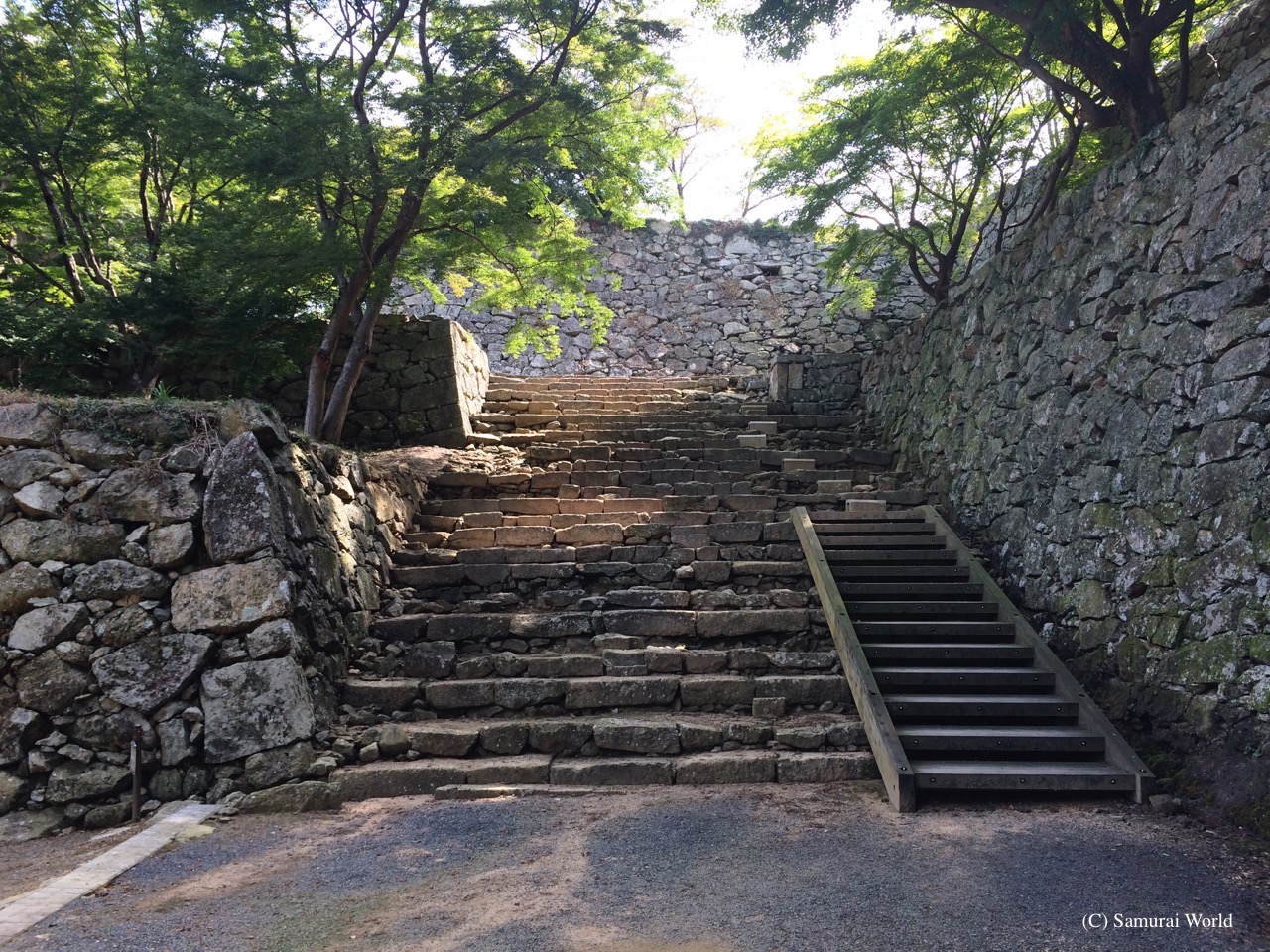 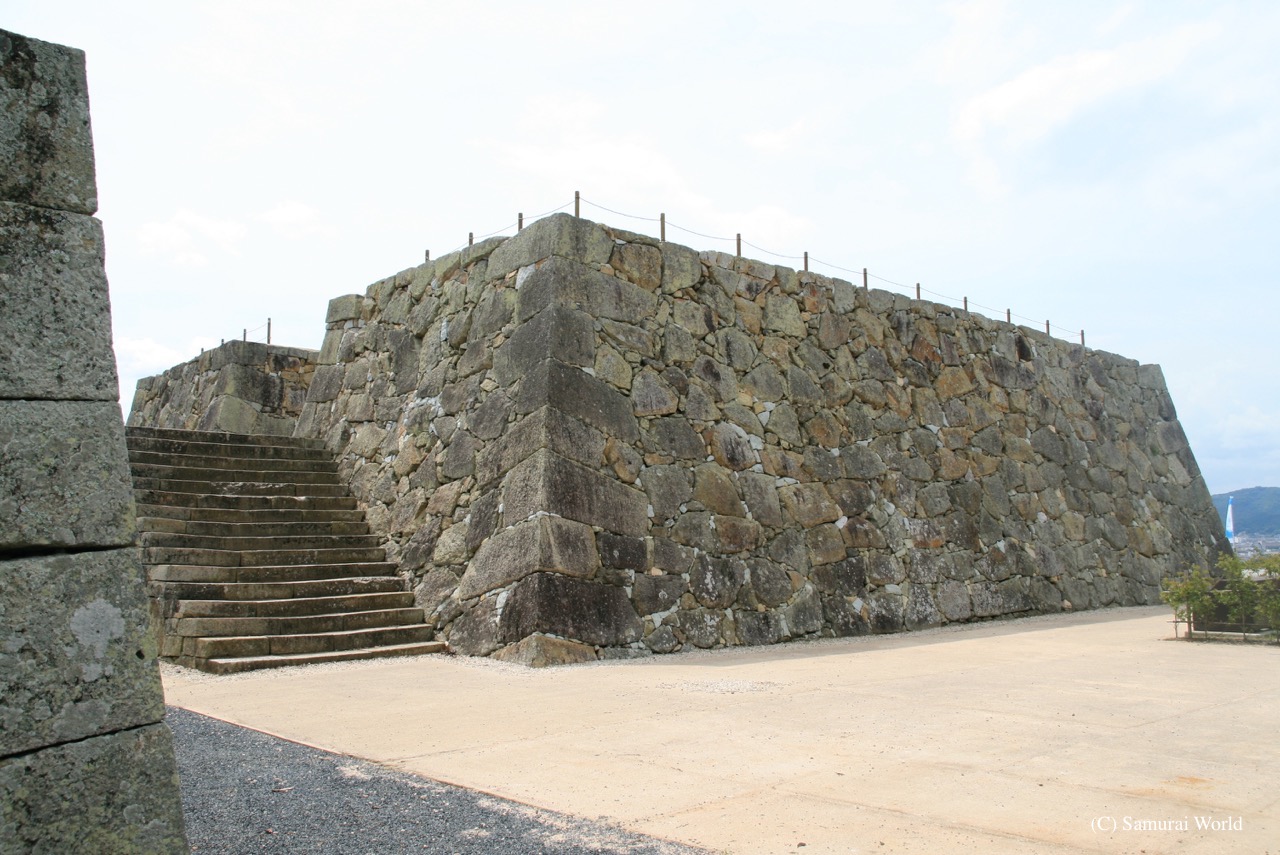 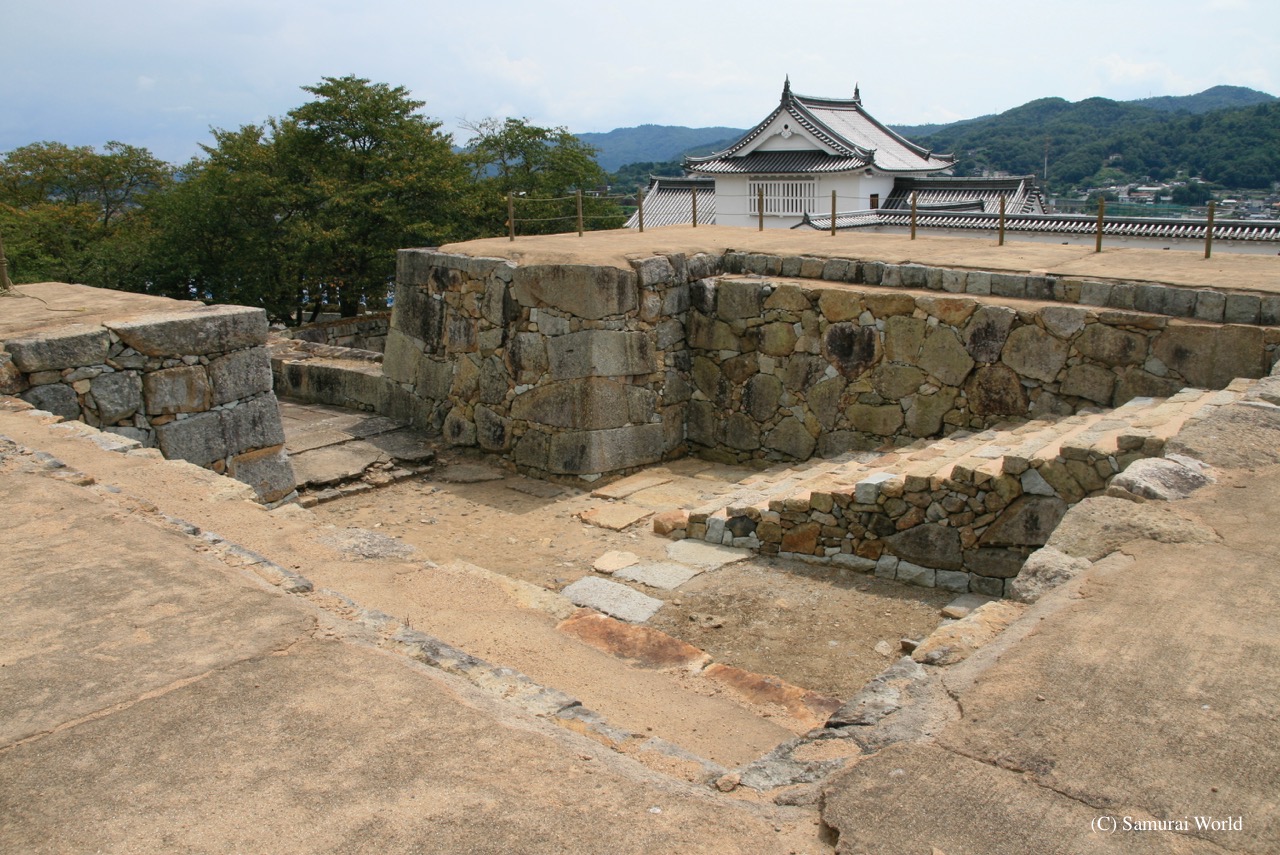 The keep had a large anakura, basement for storage 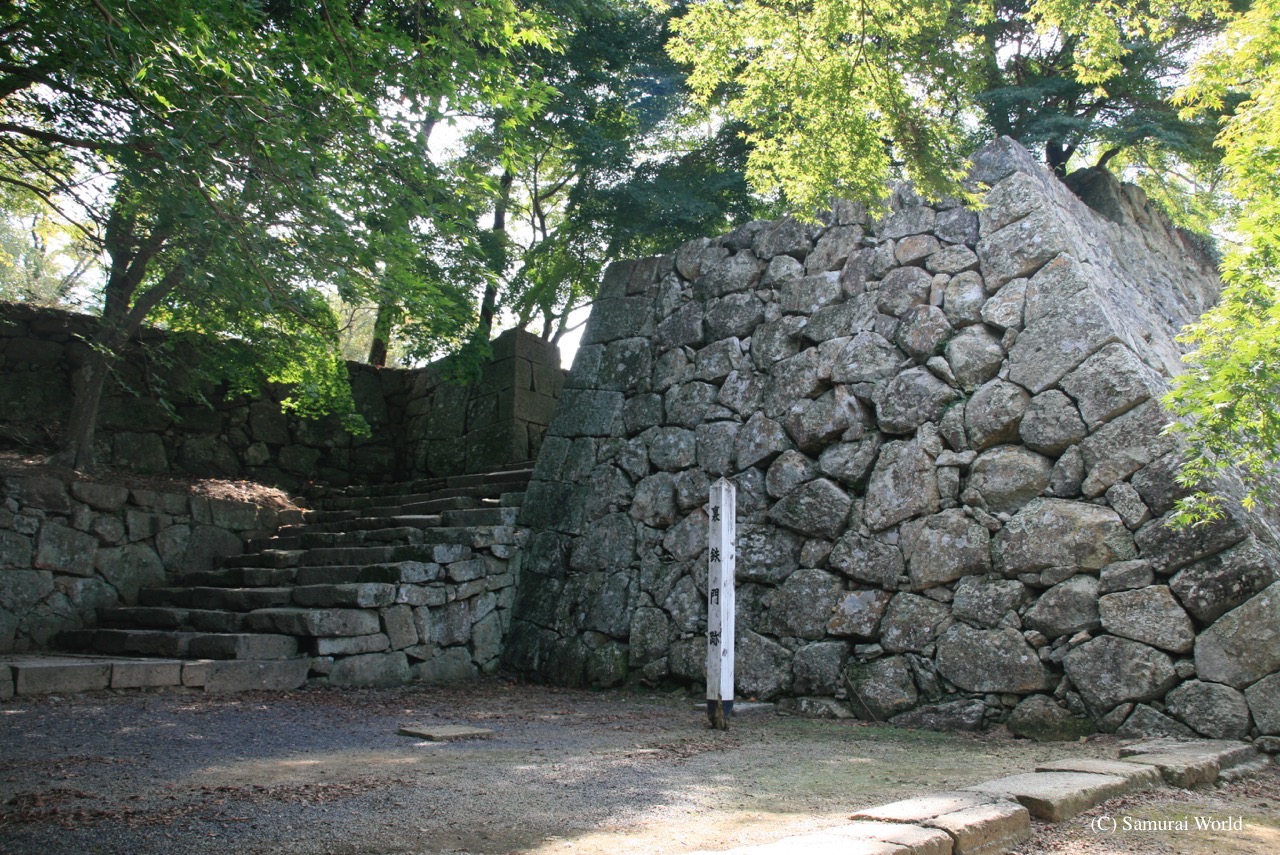 Each gate was highly protected 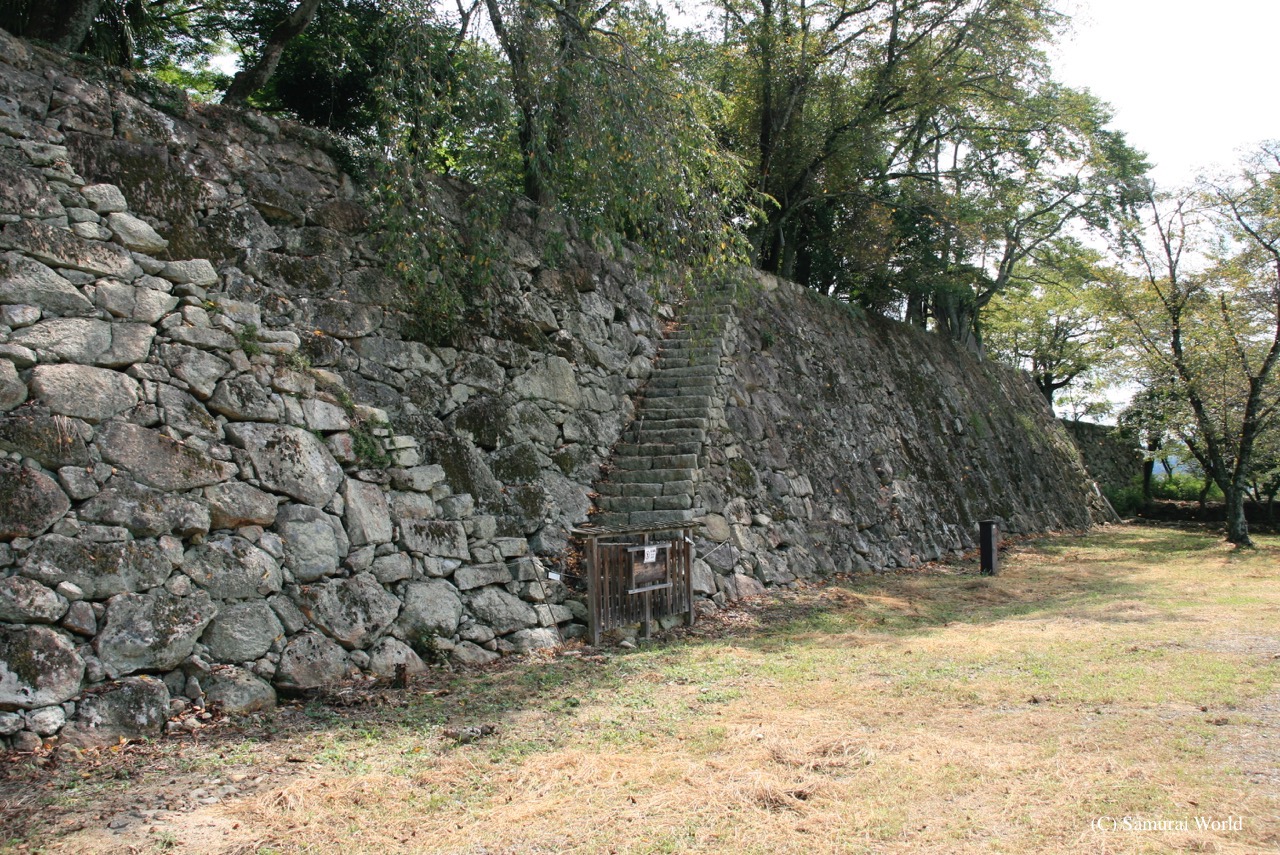 Stairs along the walls provided fast access to defensive 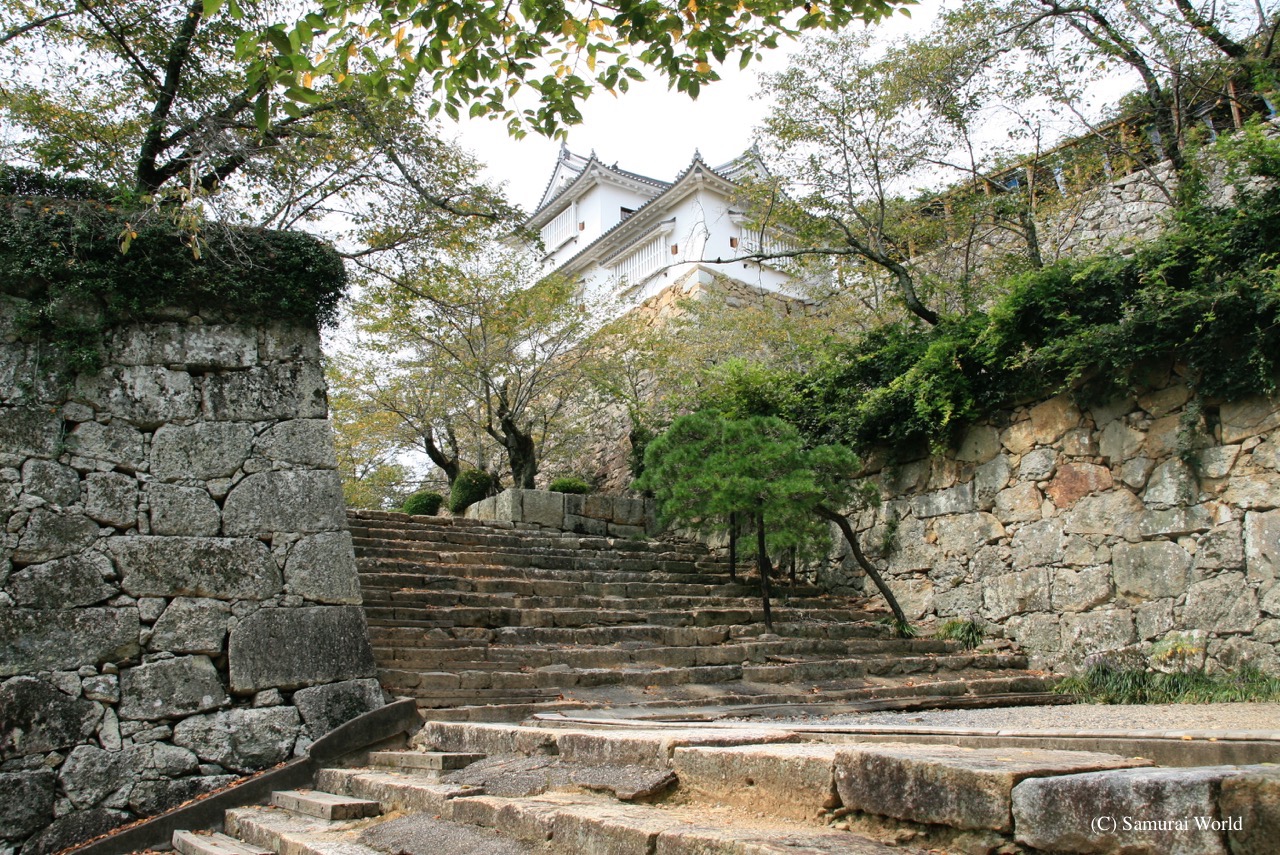 The Bitchu Yagura, a turret originally used as part of the lord’s palace, was properly restored in 2005 as part of the castle’s 400th anniversary. Today, the castle remains in ruins, but what spectacular ruins they are! Surrounded by over 5,000 cherry trees, the grounds and well constructed, impressive stone walls are open to the public and provide a glimpse into the magnificence that was one of Japan’s top hirayama castles, Tsuyama Castle. 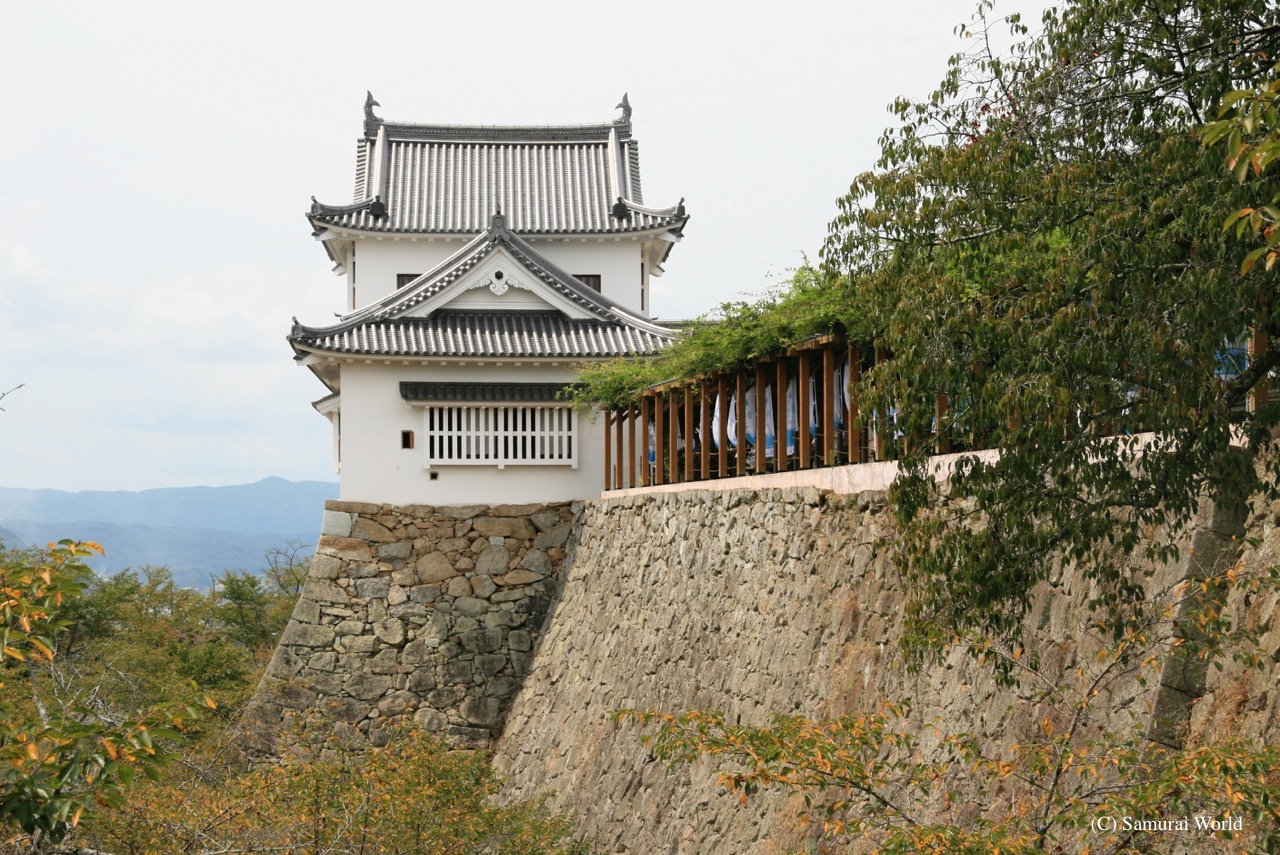 The Bitchu Yagura, part of the lord of Tsuyama’s palace 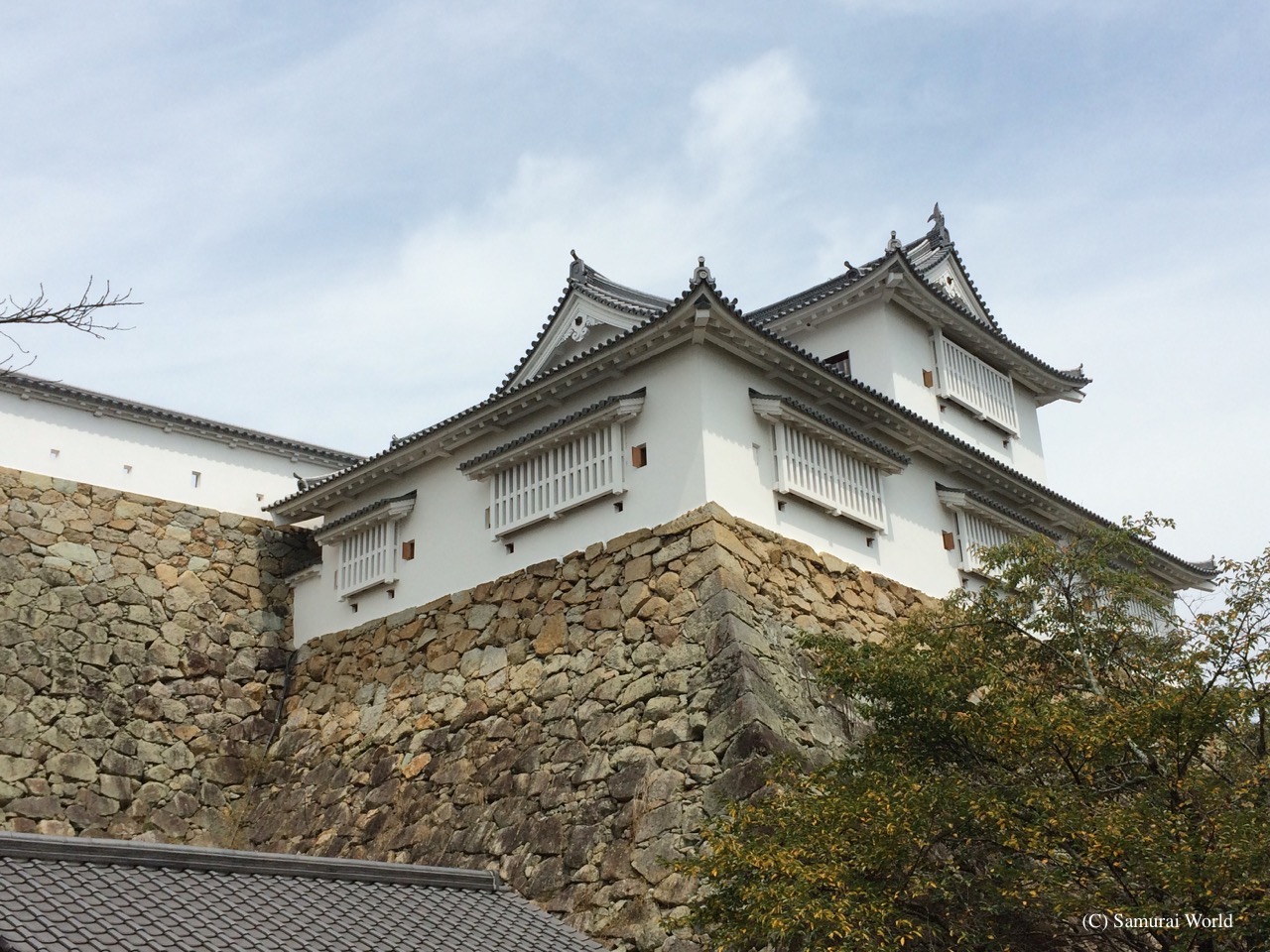 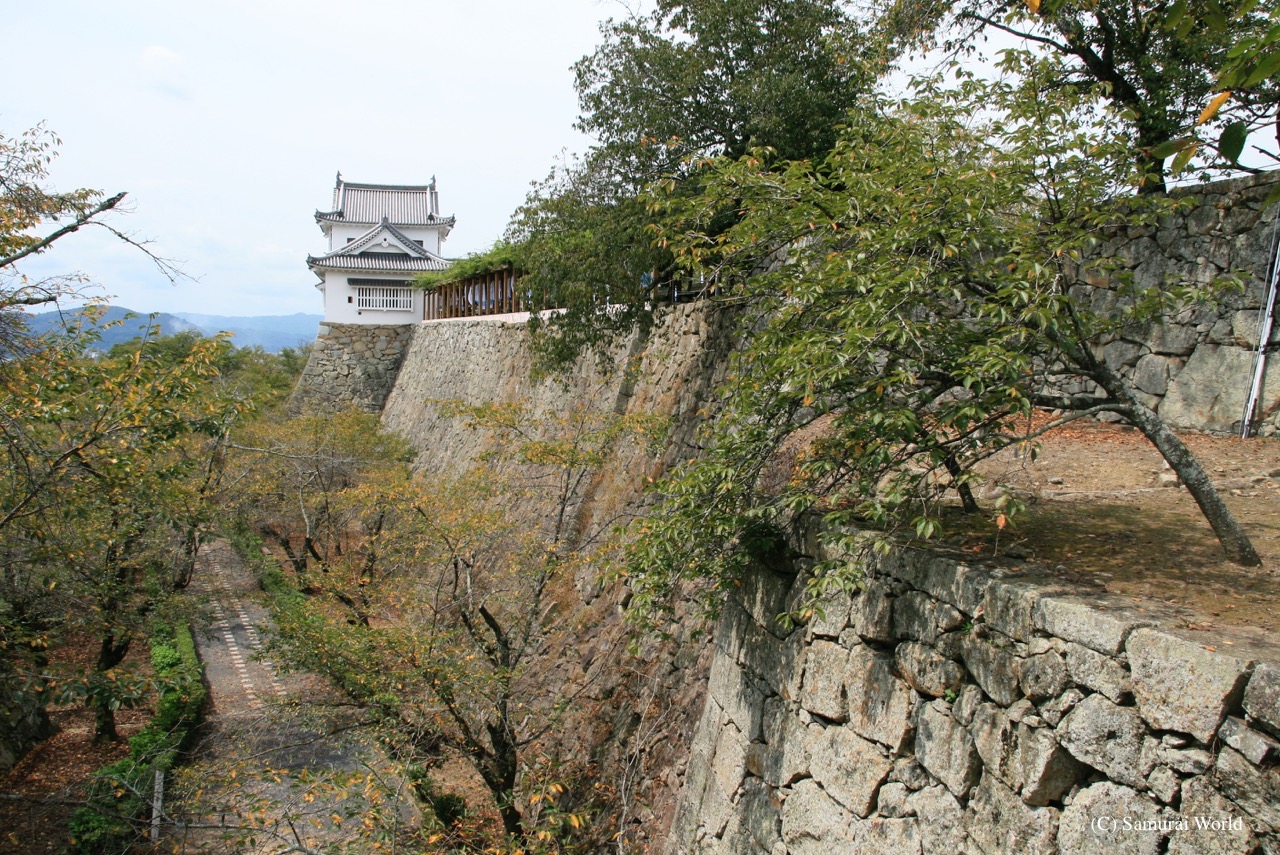