Honda Tadakatsu (also known as Heihachiro) was born in Okazaki, Mikawa (Modern day Aichi Prefecture)  and was one of the top 4 generals, along with Ii Naomasa, Sakai Tadatsugu, and Sakakibara Yasumasa serving Tokugawa Ieyasu. Tadakatsu’s name is said to have been based on a pun, Tada can also mean “just” and katsu also “win”! Tada-katsu or “Just Win!” a good samurai name if there ever was one! 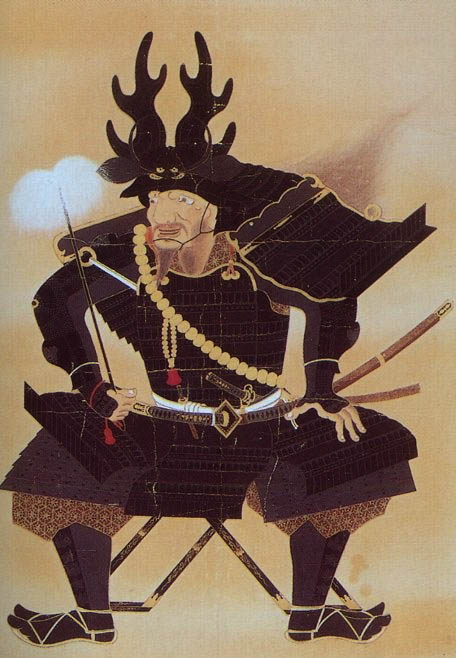 As a close retainer of Ieyasu, and a brilliant tactician, he was at Ieyasu’s side at the battles of Okehazama, Anegawa, Mikatagahara, Nagashino, Komaki Nagakute, and of course at Sekigahara. One of Honda Tadakatsu’s finest moments came in 1584 during the Komaki Campaign. While Ieyasu departed to fight the Toyotomi troops at Nagakute, Tadakatsu noticed Hideyoshi leading a large contingent in pursuit. With a just 30 or so mounted samurai, he challenged Hideyoshi’s forces at a ratio of 50 or 60 to 1 from across the Shonai River. Toyotomi Hideyoshi, surprised at Tadakatsu’s audacity and bravery ordered that no harm come to him or his men.

Honda Tadakatsu’s black armor with its distinctive deer antler fitted helmet was a familiar sight on the battlefield. Tadakatsu’s helmet looks heavy and awkward with large thick horns mounted on top, however, the antlers were made of a lightweight paper mache covered in lacquer. One of the reasons for him having deer antlers was not just to make him look stronger or more fearsome, but because of an experience following a decisive battle.

The story goes that after the Battle of Okehazama, Tadakatsu led the then 19 year-old Ieyasu back to Okazaki Castle. The previous days had seen quite a lot of rain, and so the rivers were swollen.  As he was looking for a way across, a stag deer made it’s way through the shallows, showing Tadakatsu the way. Seeing this as auspicious, Tadakatsu adopted the image of the deer in his efforts to further guide and serve his lord, Ieyasu, something he did bravely and honorably for the remainder of his life. 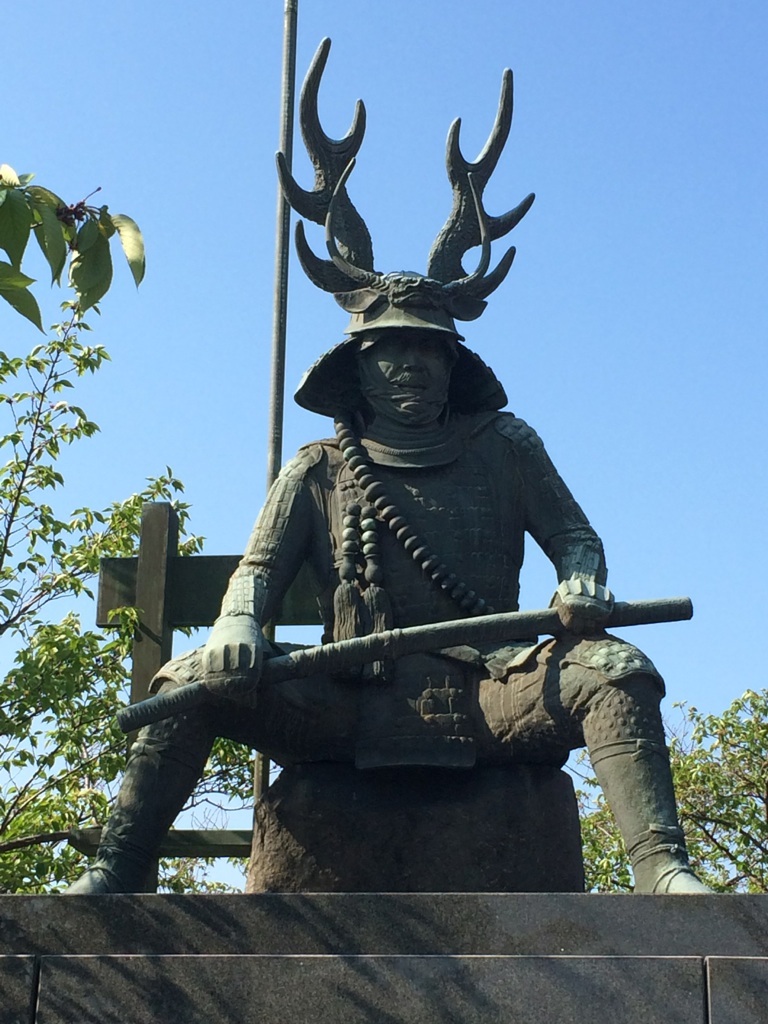 Honda Tadakatsu was 57 years-old when he took part in the Battle of Sekigahara, commanding just 500 samurai on the field that day. In a charge on the Shimazu clan war camp, Tadakatsu’s horse was felled from under him by a volley of arrows. Tadakatsu too crashed to the earth unhurt. Pausing only momentarily to offer a brief prayer for his fallen horse, he then took the reigns from one of his captains and continued to fight.

Tadakatsu is often referred to as “The Warrior who surpassed Death itself” as he never once suffered a significant wound, despite having fought in over 55 battles He died in Edo in 1610, having cut his own hand during some woodcarving. Watching his blood flow from a blade wound for the first time, he decided his life was at an end, and willed himself to death aged 63 some months later. 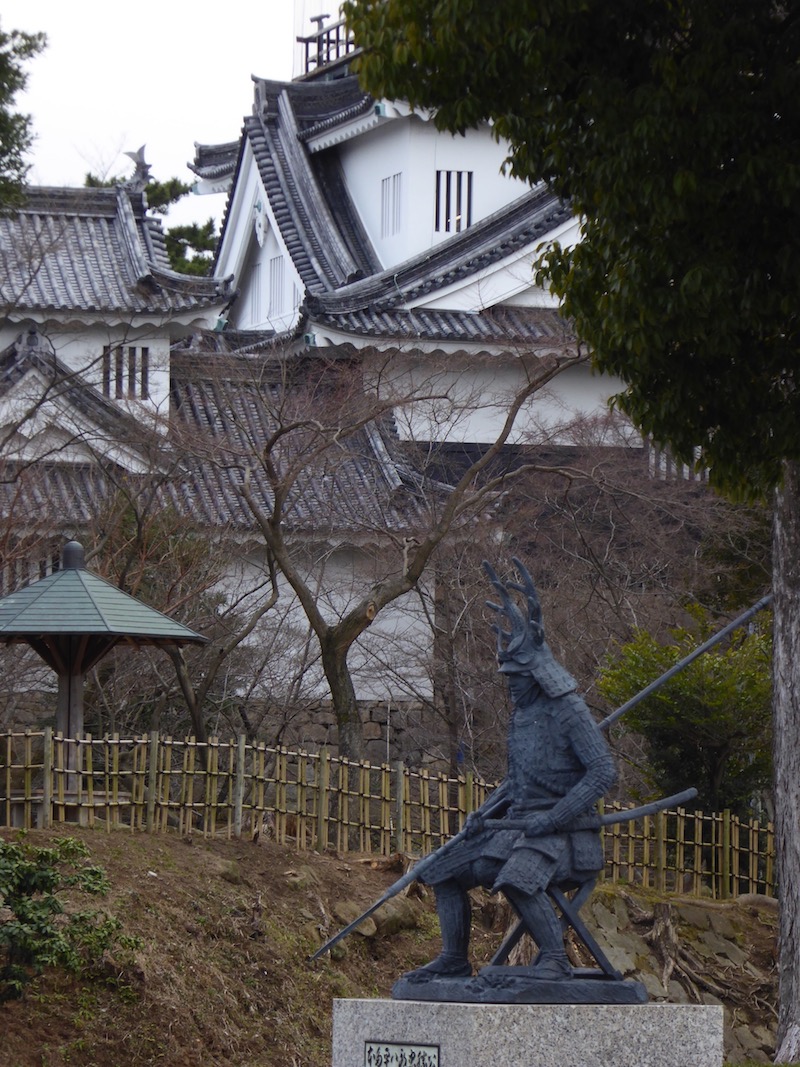 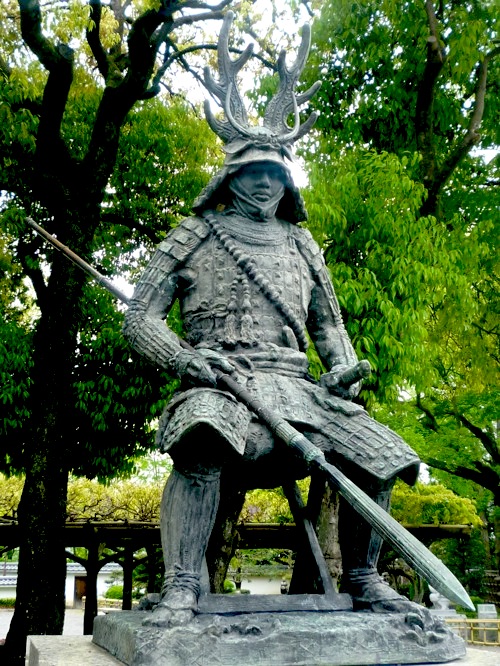