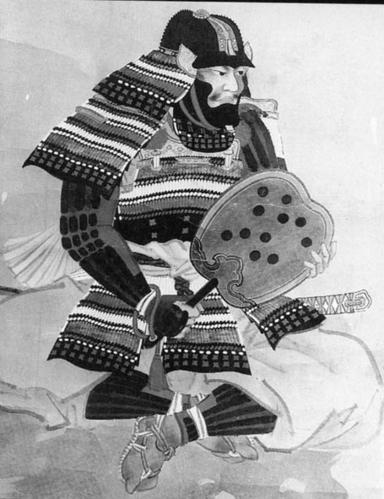 Itagaki Nobukata was one of the famed 24 Generals of Takeda Shingen who often led troops into battle when Takeda Shingen was unable to, or was otherwise indisposed. In the 1542 Siege of Fukuyo and the following Battle of Ankokuji, he distinguished himself, personally taking the head of Takato Yoritsugu, leader of the opposition forces. He later captured Takato Castle, and defeated the Uesugi in a 1546 battle. His continued successes greatly contributed to the Takeda clan’s control of Shinano Province (now Nagano Prefecture) and greatly increased his own self-confidence, which it appears, grew out of control. He began to claim victory where victory was dubious, or before the battle even concluded. Because of this he was cautioned by Shingen himself, but to no avail.