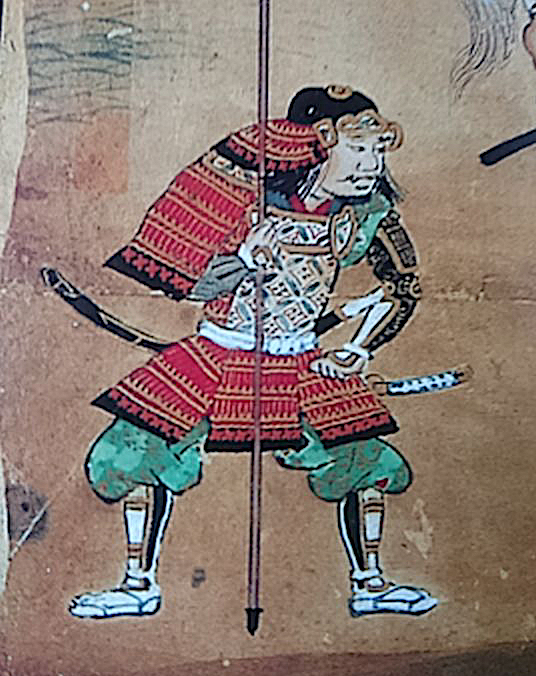 Sakuma Nobumori was one of Oda Nobunaga’s longest serving, most loyal and important retainers, born in 1528 in what is now Minami-Ku of Nagoya City. Six years older than Nobunaga, Sakuma Nobumori would play an important role in every battle undertaken by his master, including Okehazama in 1560, the Battle of Anegawa, the sieges of Nagashima in 1571 and 1573. He led 3,000 Oda troops in support of Tokugawa Ieyasu at the Battle of Mikatagahara against Takeda Shingen, and in 1573 and the 1575 Battle of Nagashino against Shingen’s son, Takeda Katsuyori. He was at Ichijodani and the burning of Mt Hiei, and even commanded the largest contingent of Oda clan army at the 1576 siege of the Hongan-ji Temple in Osaka. However, while Nobunaga’s other generals, Toyotomi Hideyoshi, Akechi Mitsuhide, Shibata Katsuie and others all succeeded in winning their battles, Sakuma Nobumori did not.

Despite his loyalty to Nobunaga, he wasn’t as respected as Nobunaga’s other generals. In fact, he was known as “Noki Sakuma”or “Retreating Sakuma” because of his overly cautious tactics. In each battle, he failed to complete his assigned tasks in overcoming the enemy.

Eventually, Oda Nobunaga had had enough. He penned a 19 point document pinpointing with anger and sarcasm Sakuma Nobumori’s many failures in his duties, and then banished Sakuma and his son, Nobuhide, to holy Mt. Koya, where they would spend their remaining days as priests. Five years after being banished, Sakuma Nobumori died aged 54…It was 437 years ago today, February 18, 1581.