Uwajima Castle in Uwajima City, Ehime Prefecture, Shikoku is one of just 12 castles across Japan with the keep remaining in original condition. It is recognized as having one of the smallest keeps too. Uwajima Castle is a relatively difficult to reach, and therefore rarely visited castle. 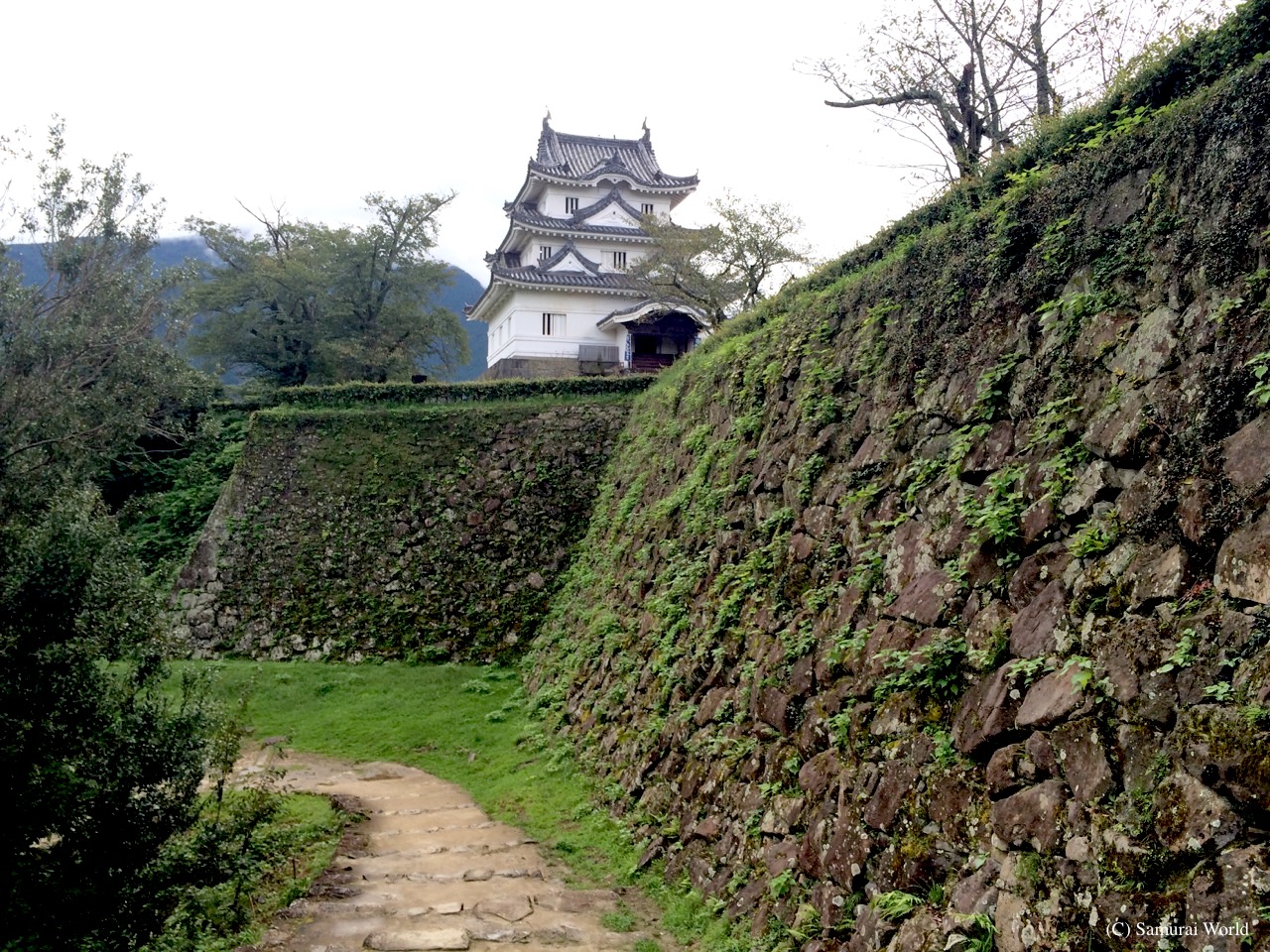 Uwajima Castle, one of just 12 remaining keeps in original condition

Fortifications were first built on the hill in 941. In 1236, those fortifications were expanded upon and at that time the castle was known as Marukushi Castle. It later came under the control of the Chosokabe clan, who faced attack from the powerful Otomo clan. 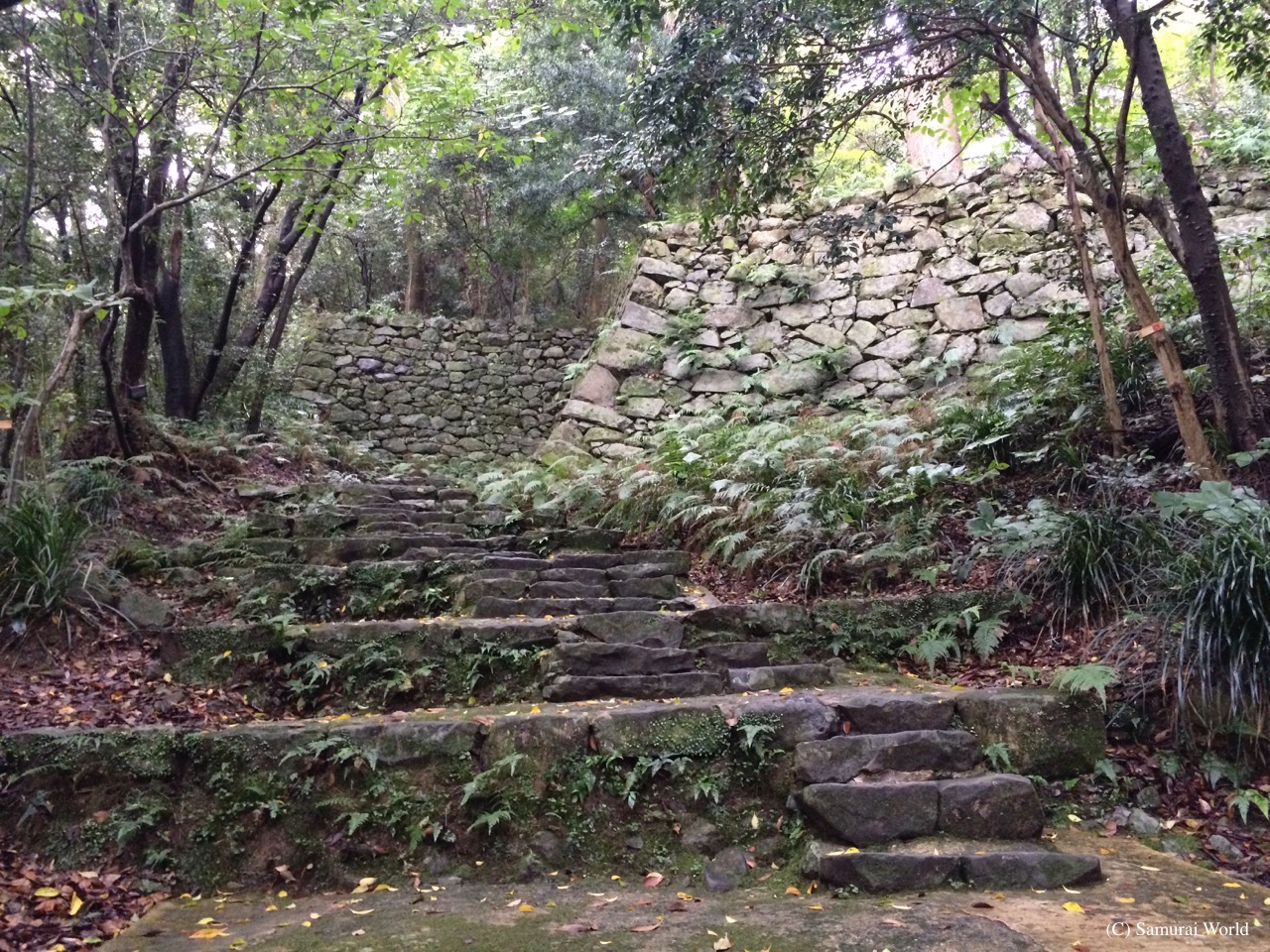 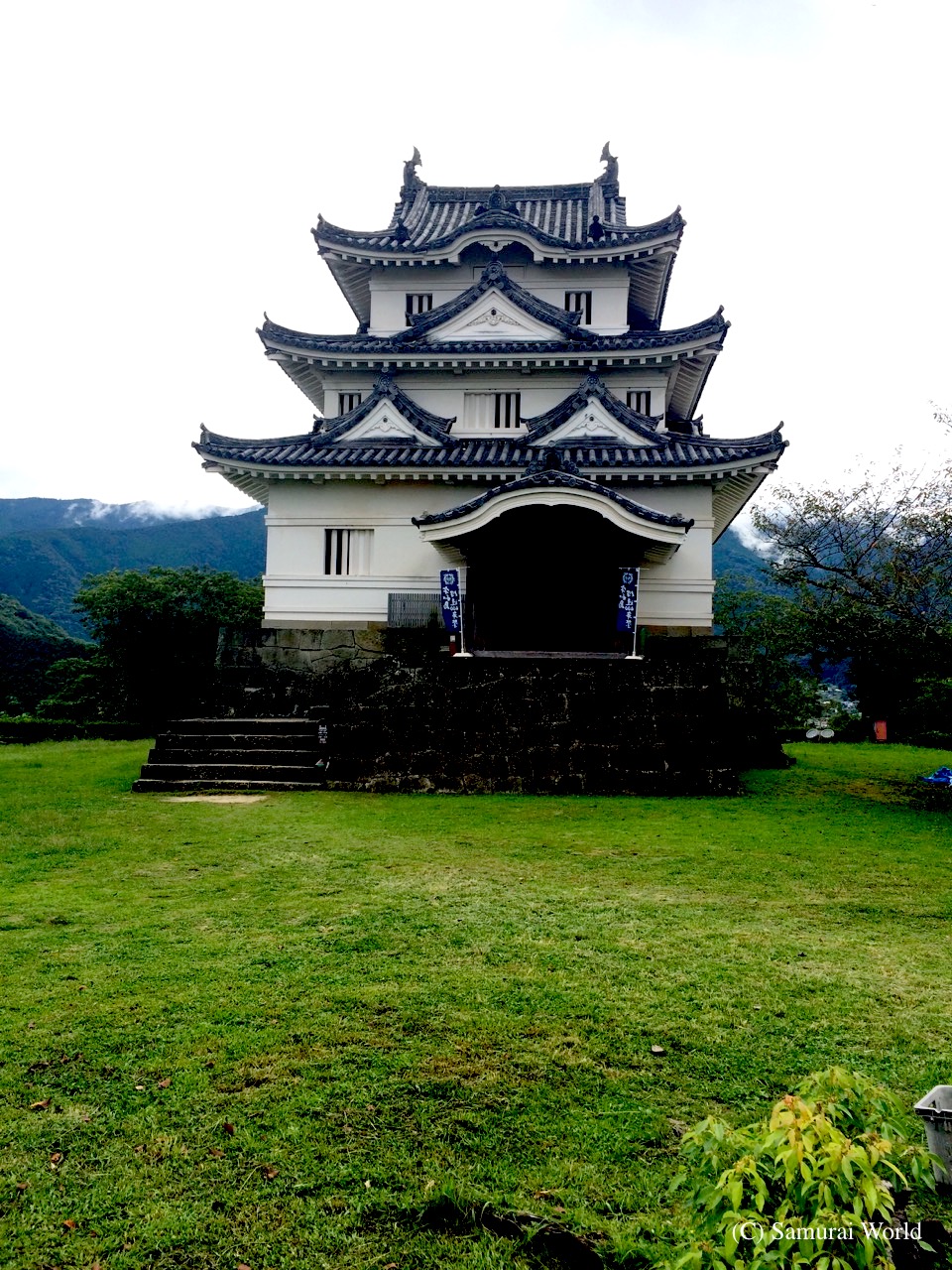 The small but sturdy keep of Uwajima Castle 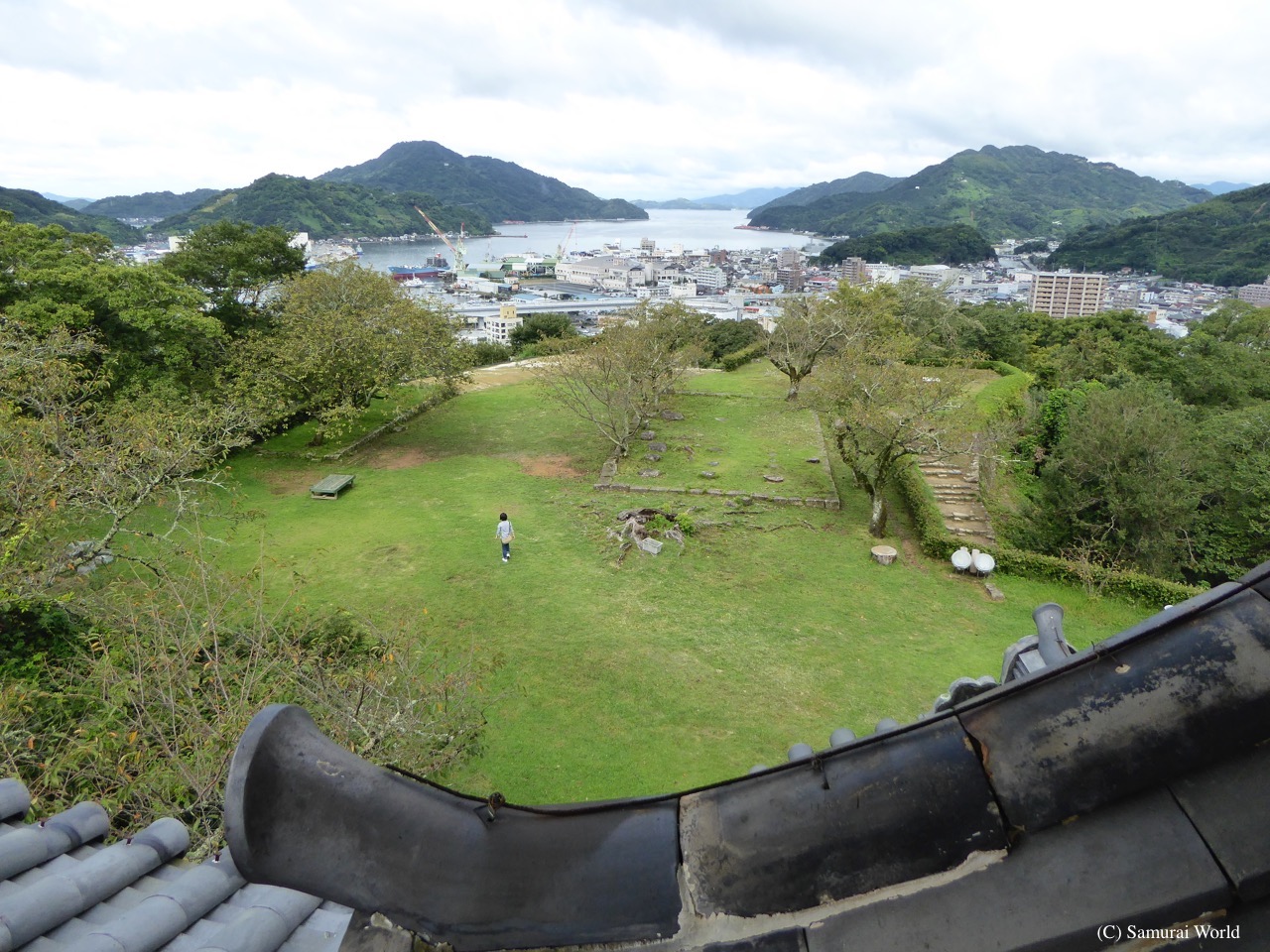 Looking over the main Honmaru bailey from the keep 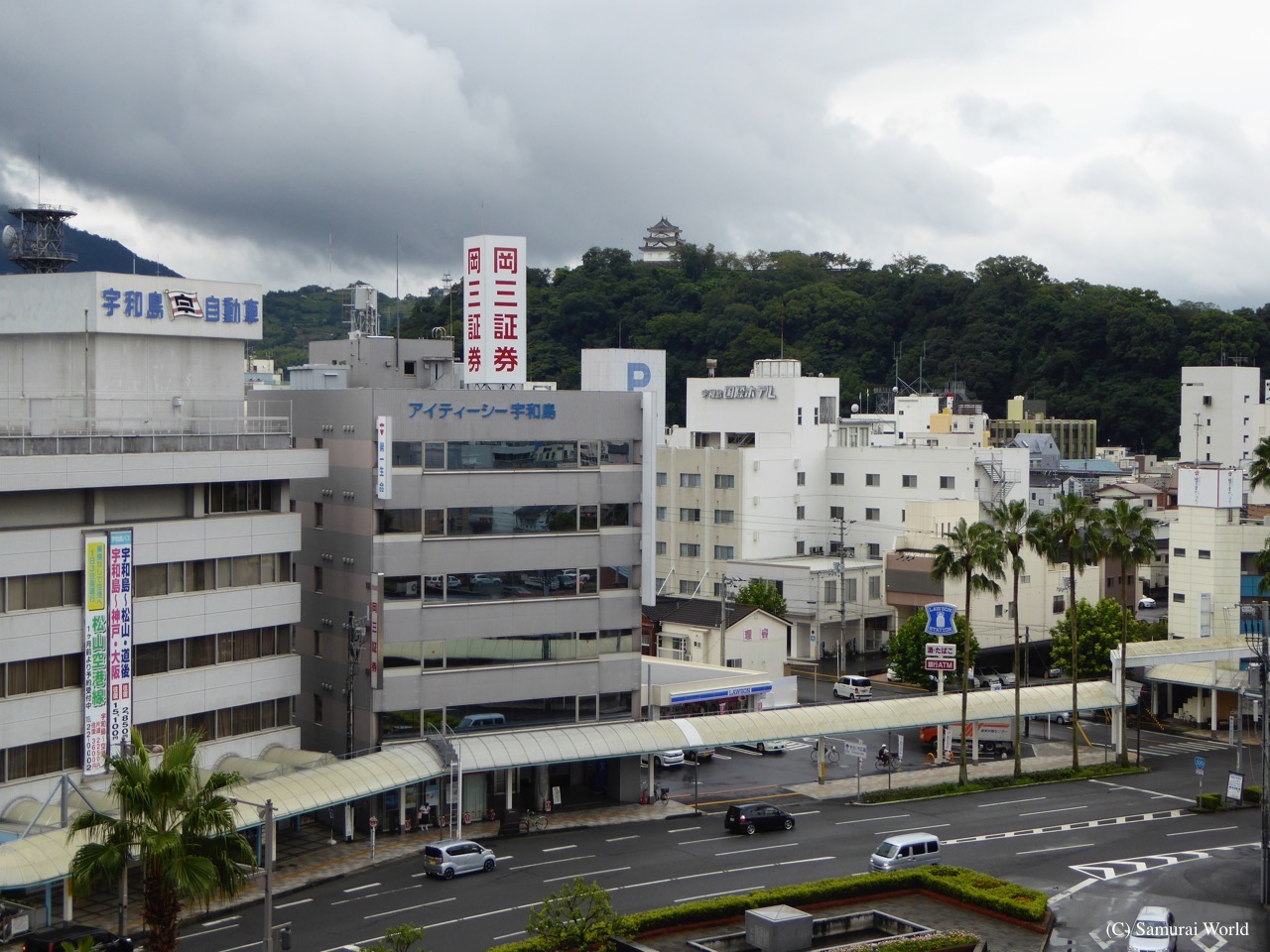 Uwajima watches over the city below

Toyotomi Hideyoshi took possession of the castle in 1585 as part of his subjugation of Shikoku, and placed his retainers in charge. The Todo clan were awarded the domain in 1595, and from then a major restoration of the previous fortifications were initiated by castle construction expert, Todo Takatora. The name of the castle was changed to Uwajima in 1601 upon completion, just before the Todo clan were transferred to Imabari Castle further north, and the Tomita clan were stationed at Uwajima.

Date Hidemune, son of the Sendai based Date clan was given the castle in 1615, and his descendants ruled until the end of the Edo period. The basic layout of the castle remains from Takatora’s days, but the stone walls, gates and yagura were completed by the Date clan. The Tenshu, one of the smallest keeps in Japan and designated an Important Cultural Property, was built in the 1670’s, but the keeps’ entranceway roofing section was added around 1850. 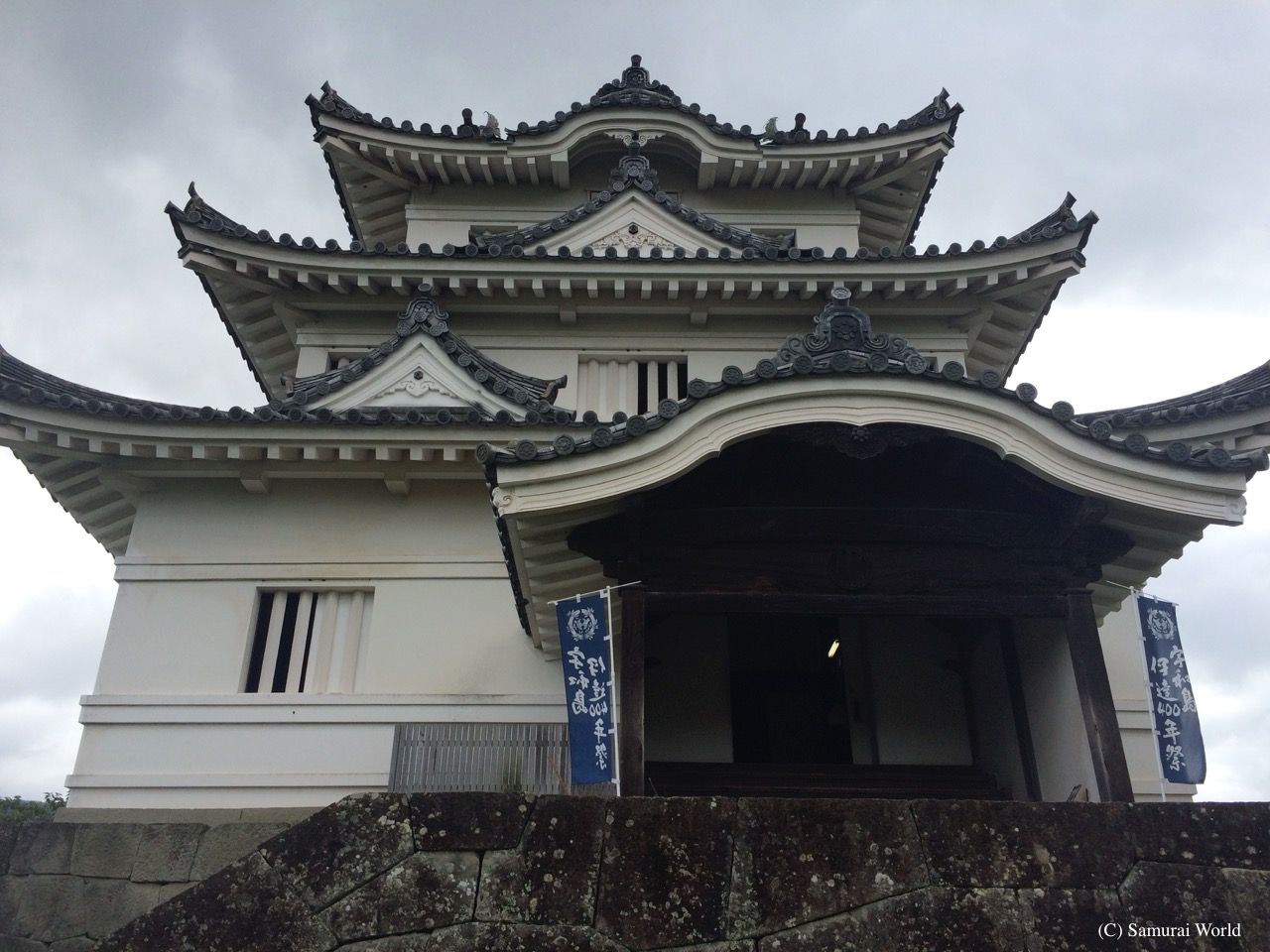 The Tenshu-dai, keep base stonework, is made from closely fitted, precisely cut stones, and features a narrow ledge around the top. This style is called an Inu-michi, (literally “Dog’s Walk”). This edge exists at Uwajima because the keep was believed to have been built directly onto a softer, natural stone that started to erode and crumble, and so a stronger, heavier stone was used to cap the original keep base, leaving the small ledge around the top of the stonework. 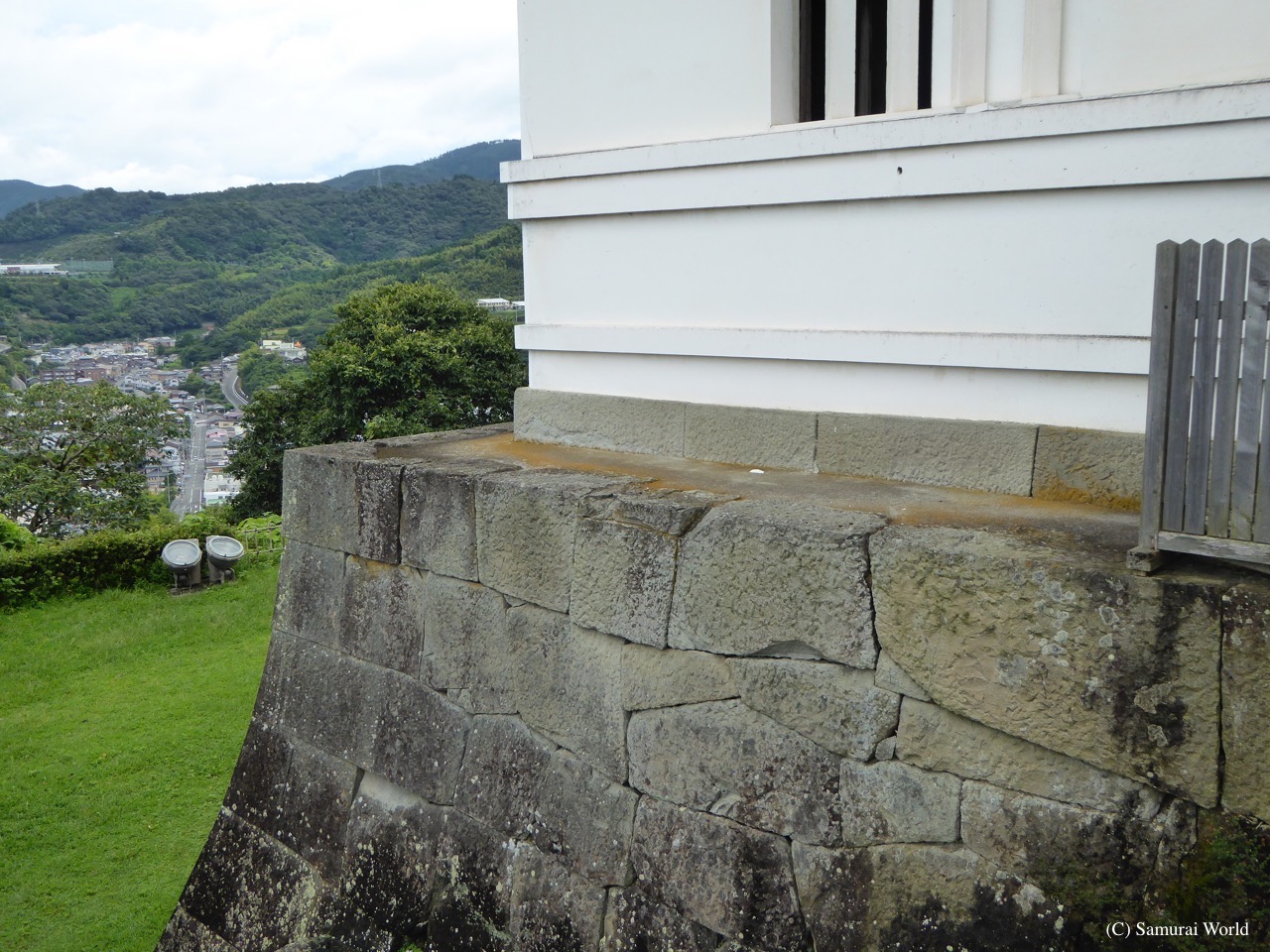 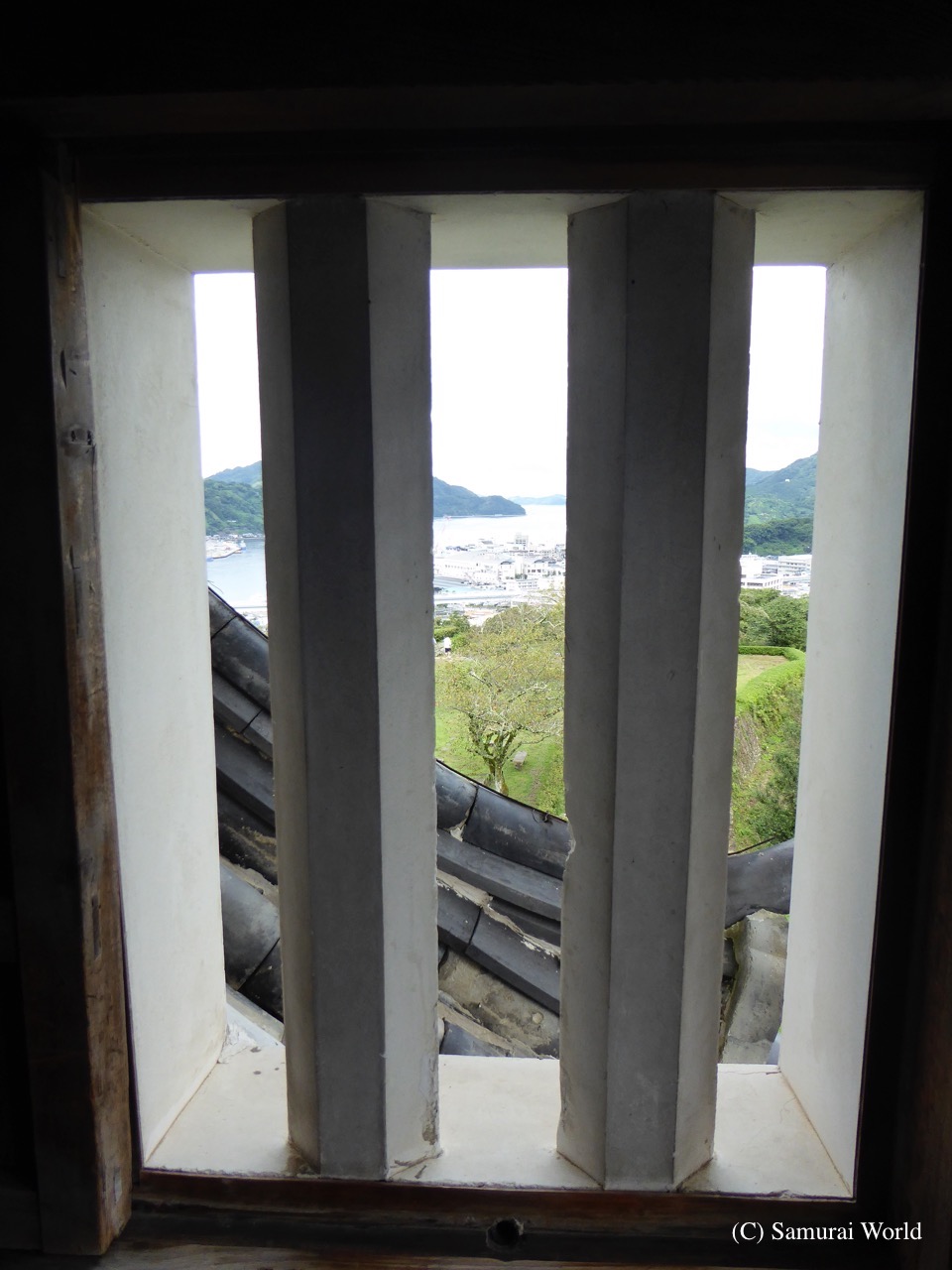 Inside the keep, on the 3rd floor is a design model of the castle dating to the early Edo period, which was used to instruct the carpenters on the design of the castle during construction, and for when repairs were required. Also around the top of the 3rrd floor are some long, thin windows. These can only be found at Uwajima, and Himeji castles, and are ventilation windows to allow the smoke of matchlock guns out of the keep. (If these windows are closed, it may be hard to see them) Despite such well thought out design features, Uwajima Castle’s keep was not well designed for the possibility of attack. The sotogata-styled tenshu’s outer Hafu (triangular roof features) simply hinder window gun firing access and range of area covered. 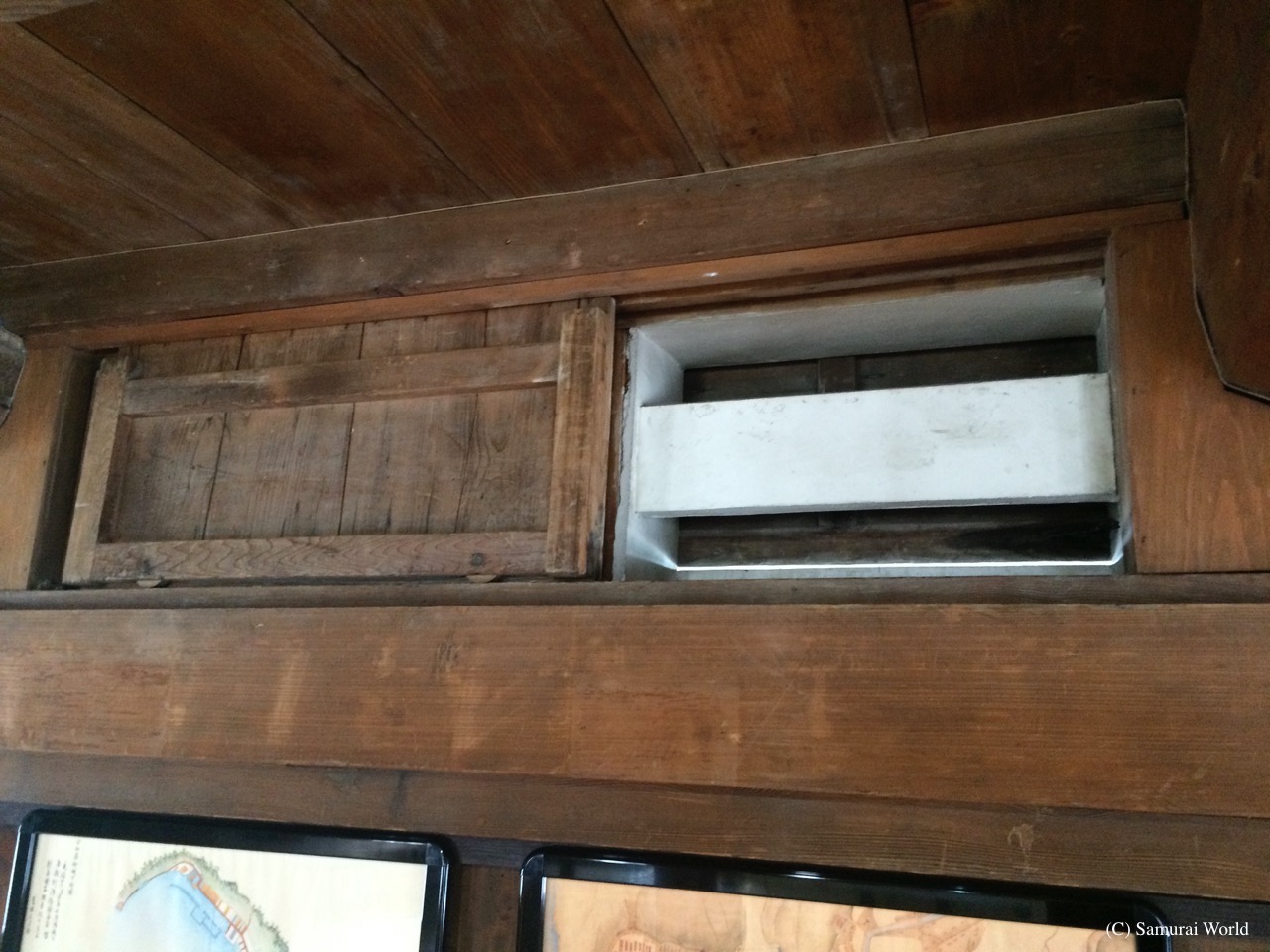 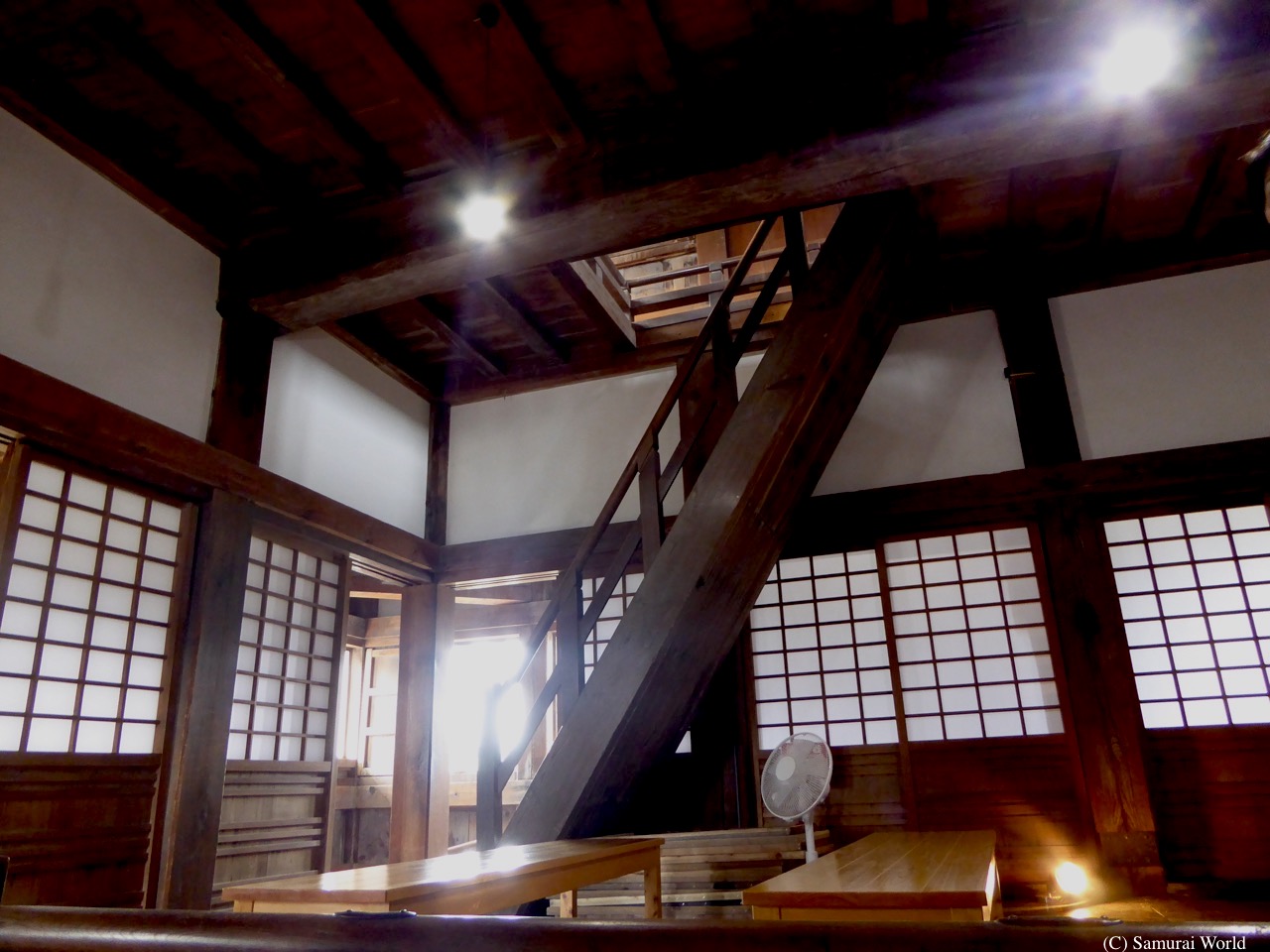 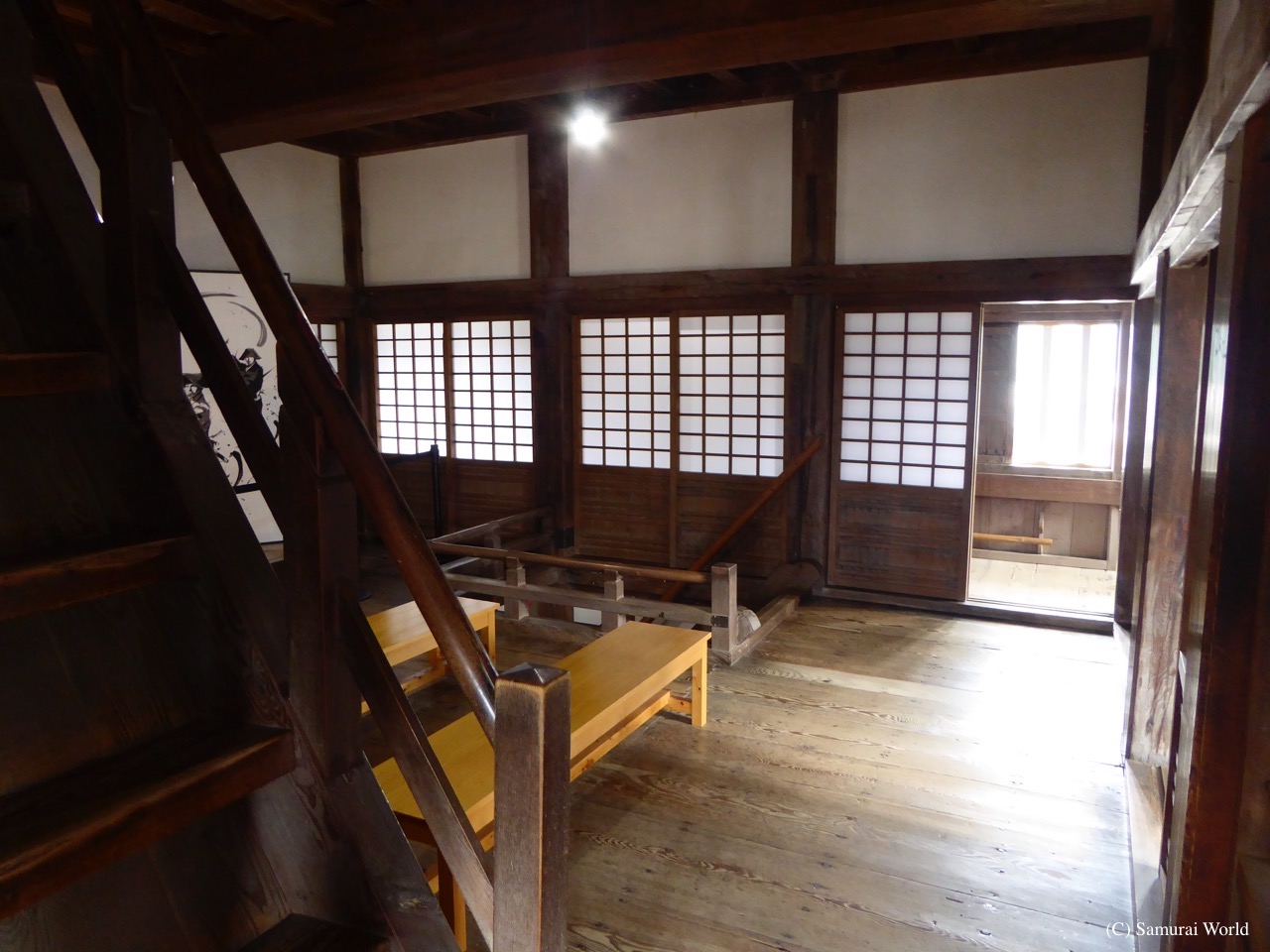 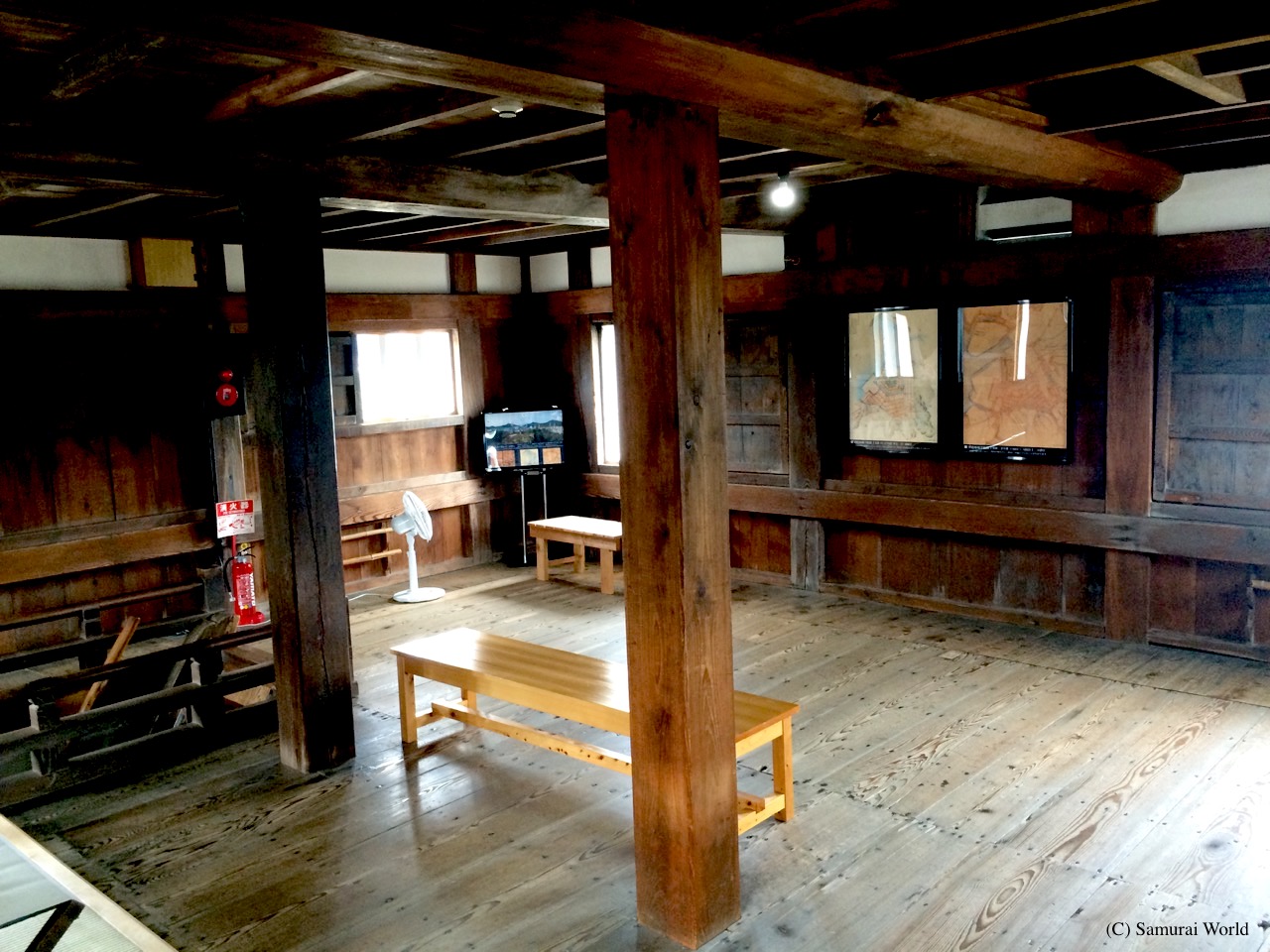 Uwajima remains one of just 12 keeps in original condition

Most people visit Uwajima from the town side, entering from the gate at the bottom of the hill. This isn’t the castle’s main gate, but was originally the main gate of the Kori clan residence, vassals of the Lord of Uwajima. The actual entryway to the castle, via the Nobori-Tachi-Mon is behind the mountain, on the opposite side of the town. This gate is an old-styled gate, called a Yakui-Mon, of the sort first used in temples, and later on in castle construction. This particular gate is believed to be the biggest and oldest Yakui-Mon in Japan, built between 1596 and 1615. It is not a Korai-Mon, the type of gate usually used in castles with reinforcing beams behind it with a U shaped roof, and is therefore quite rare. (It might be best to catch a taxi to the Nobori-Tachi Mon, climb from the reverse side, see the castle, then return via the gate on the town side.) The bottom of the hill itself once met the ocean, providing natural protection, and allowing ships to enter the castle confines itself. However, land-fill projects undertaken since the end of the Edo period now has the castle situated a distance inland. 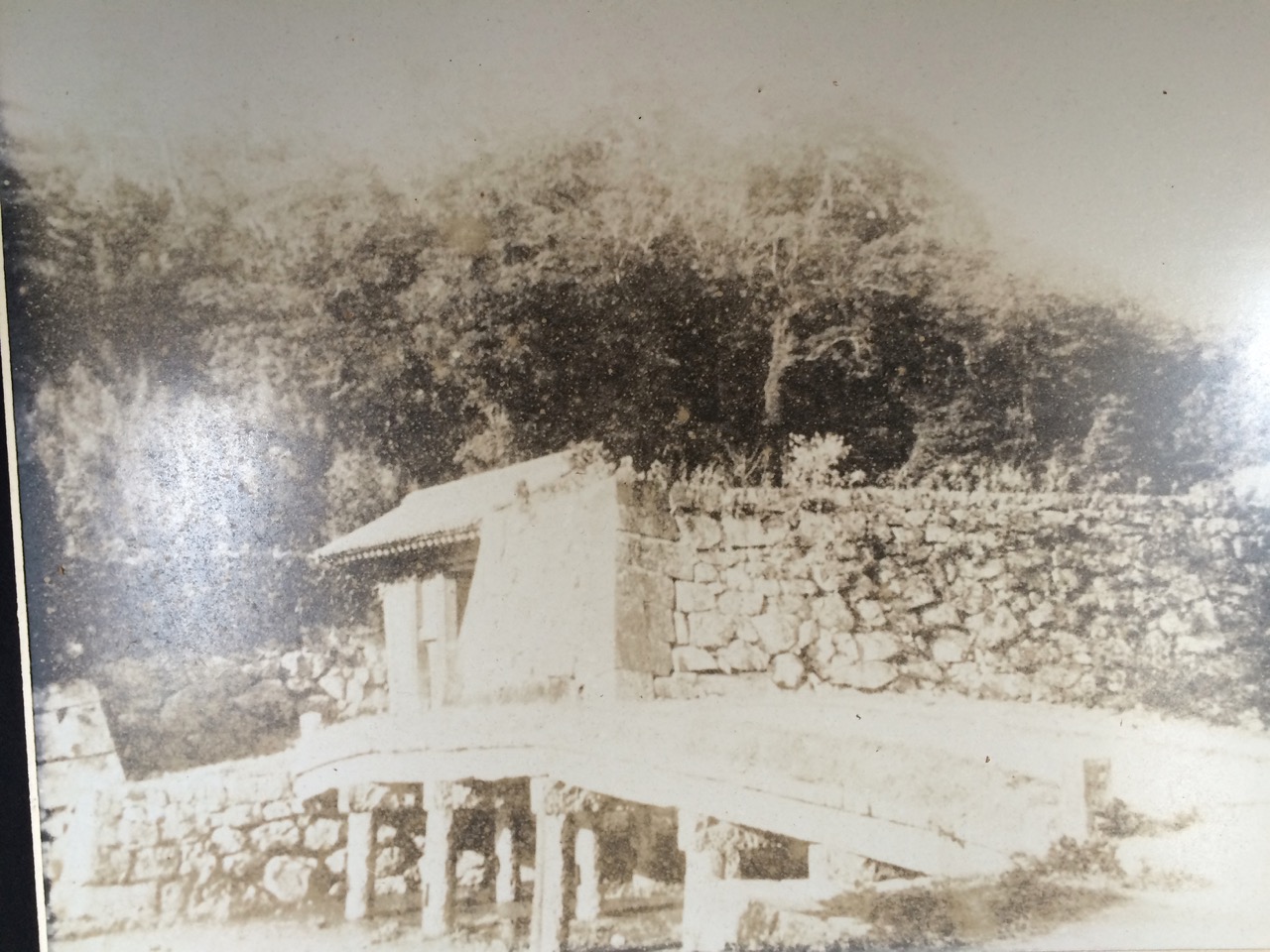 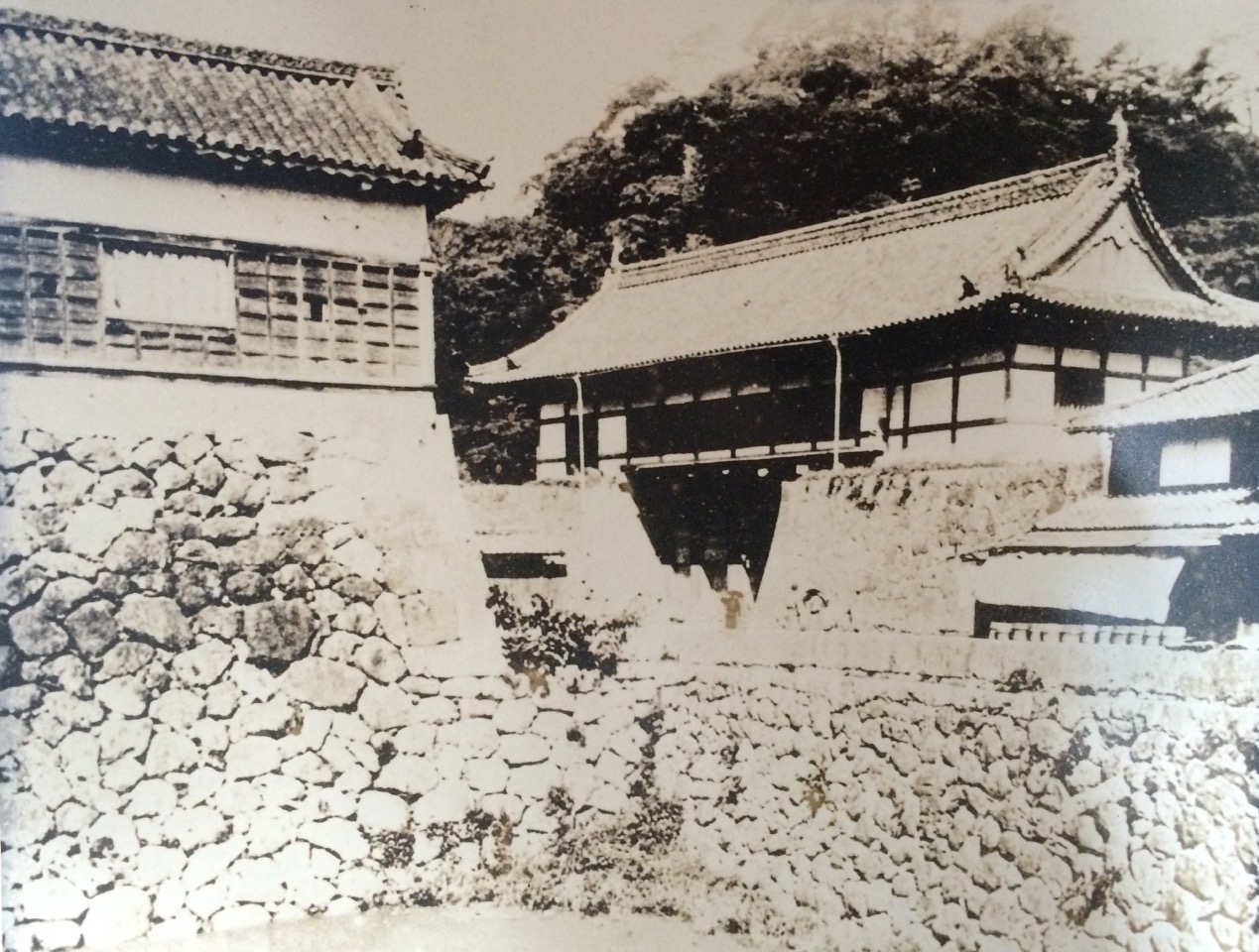 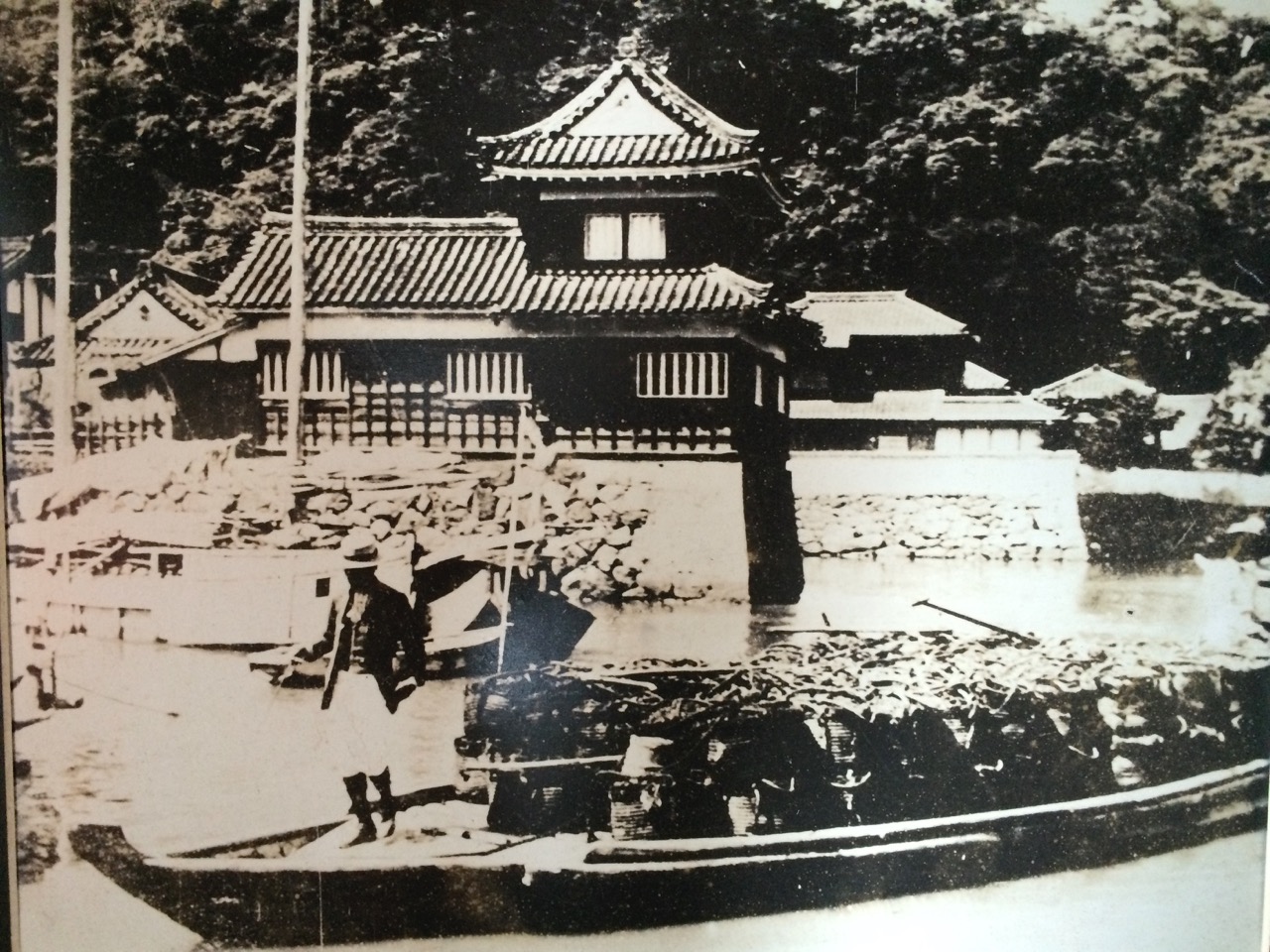 Uwajima Castle was abandoned in 1871, and most of the turrets, gates and remaining structures were torn down in 1900. The Ote Mon, main gate was destroyed by fire during WW2 bombing. In 1950, the castle was awarded Important Cultural Property status. Aside from the keep and the fascinating stone walls, of note is the remaining Yamazato Kura, built in the San-no-Maru area in 1845, but relocated to the Toubei-maru in 1966, where it now serves as a simple museum. 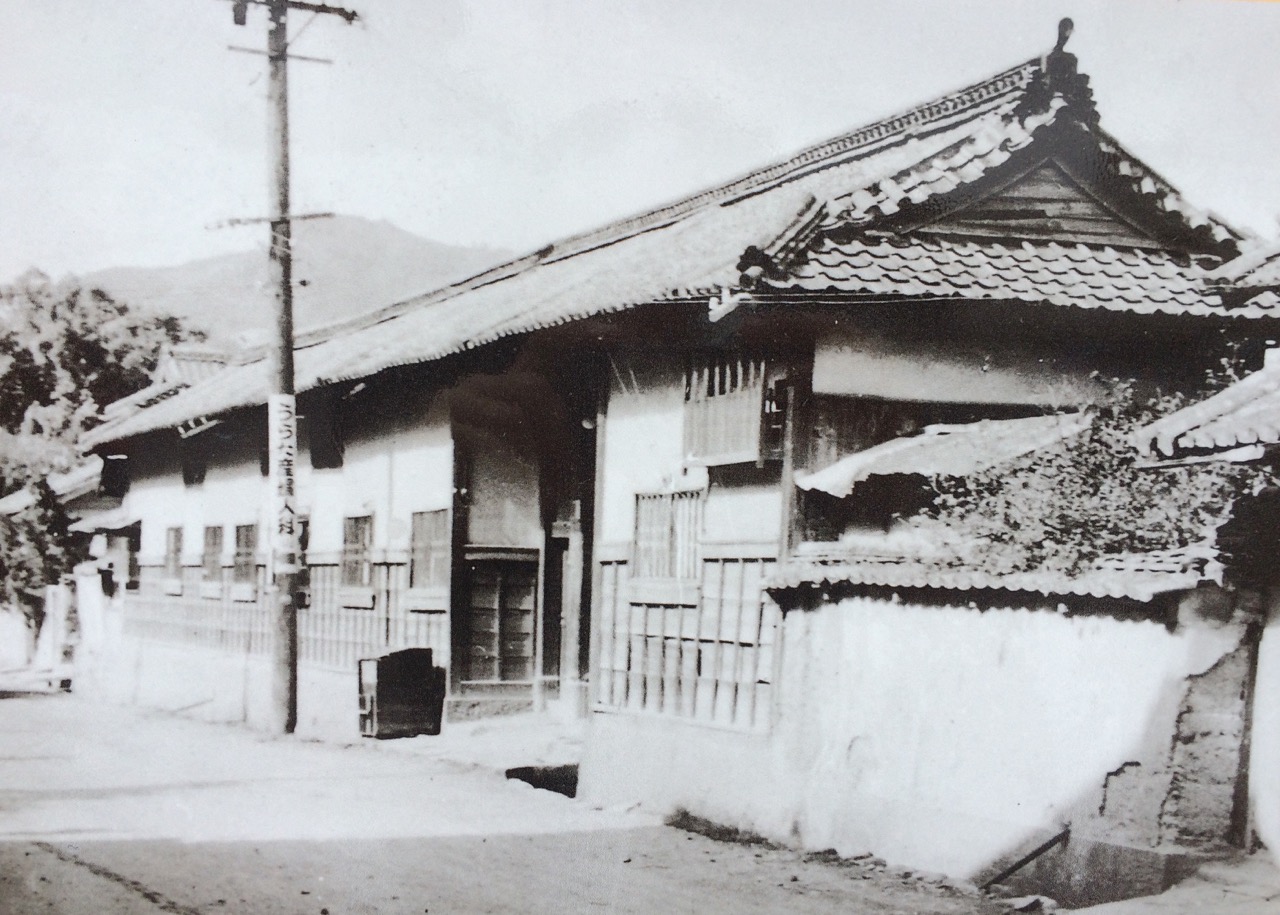 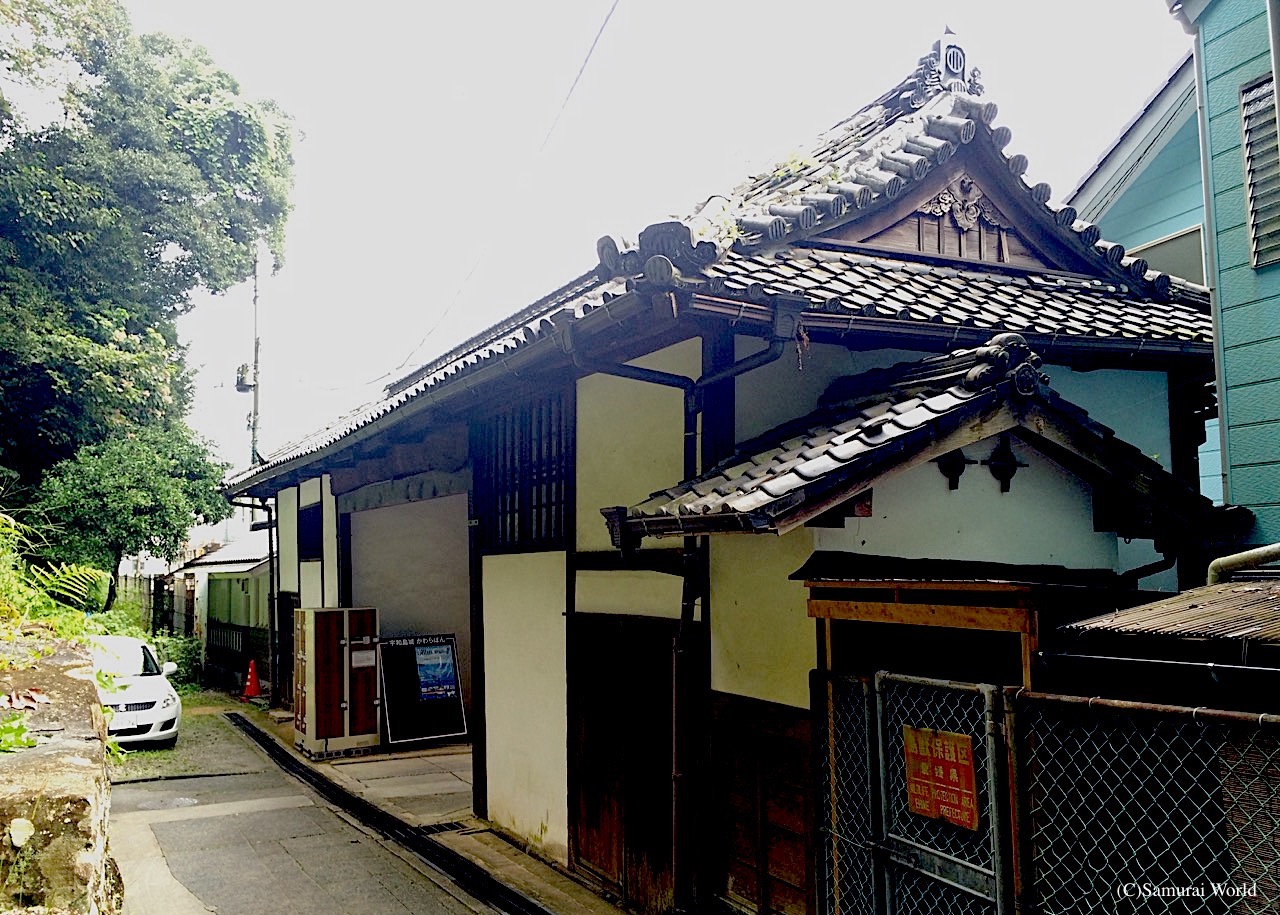 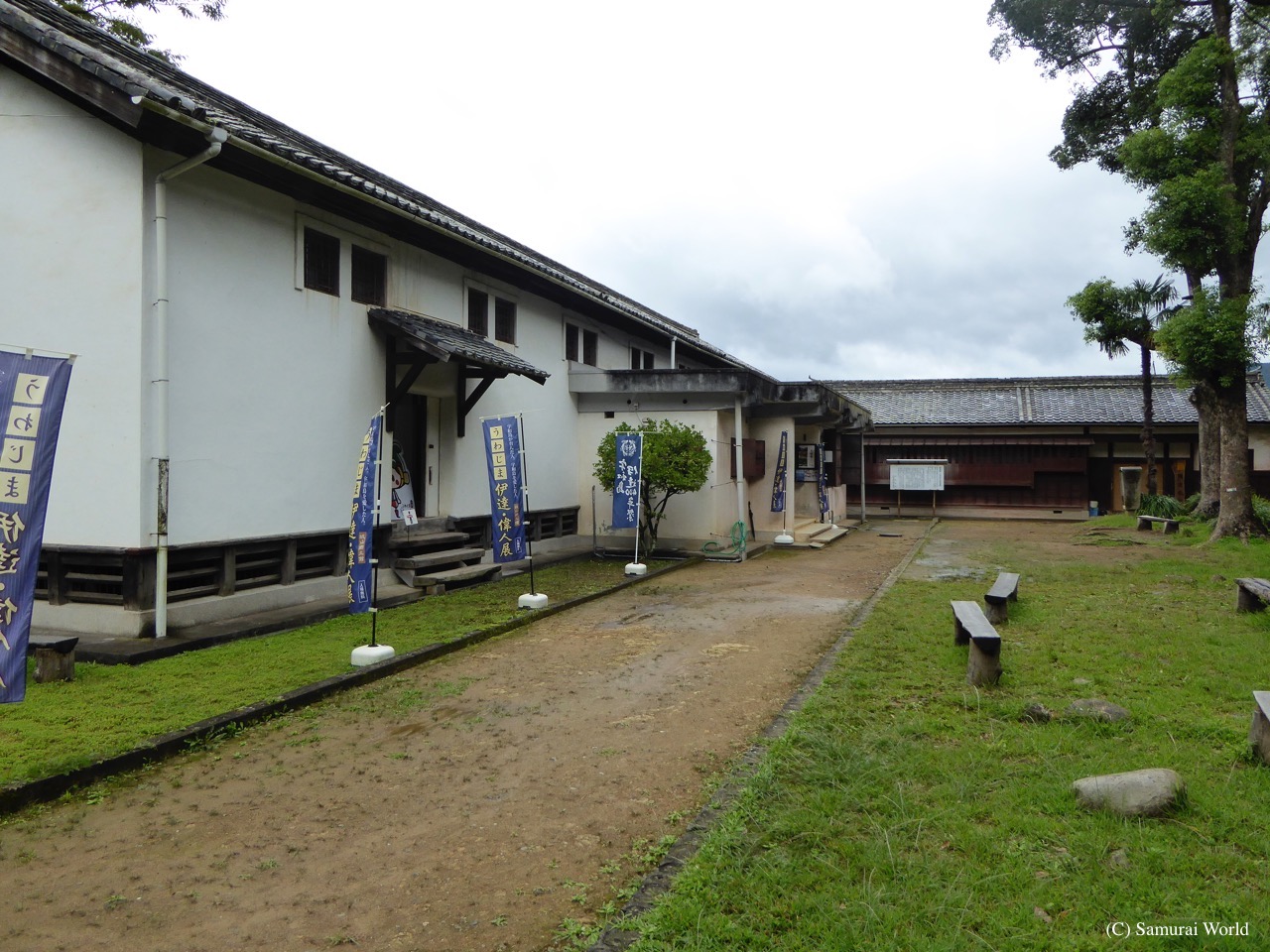