The Battle of Ukino took place in the summer of 1558 when Oda Nobunaga attacked and defeated an army of the Iwakura Oda clan from Iwakura Castle. 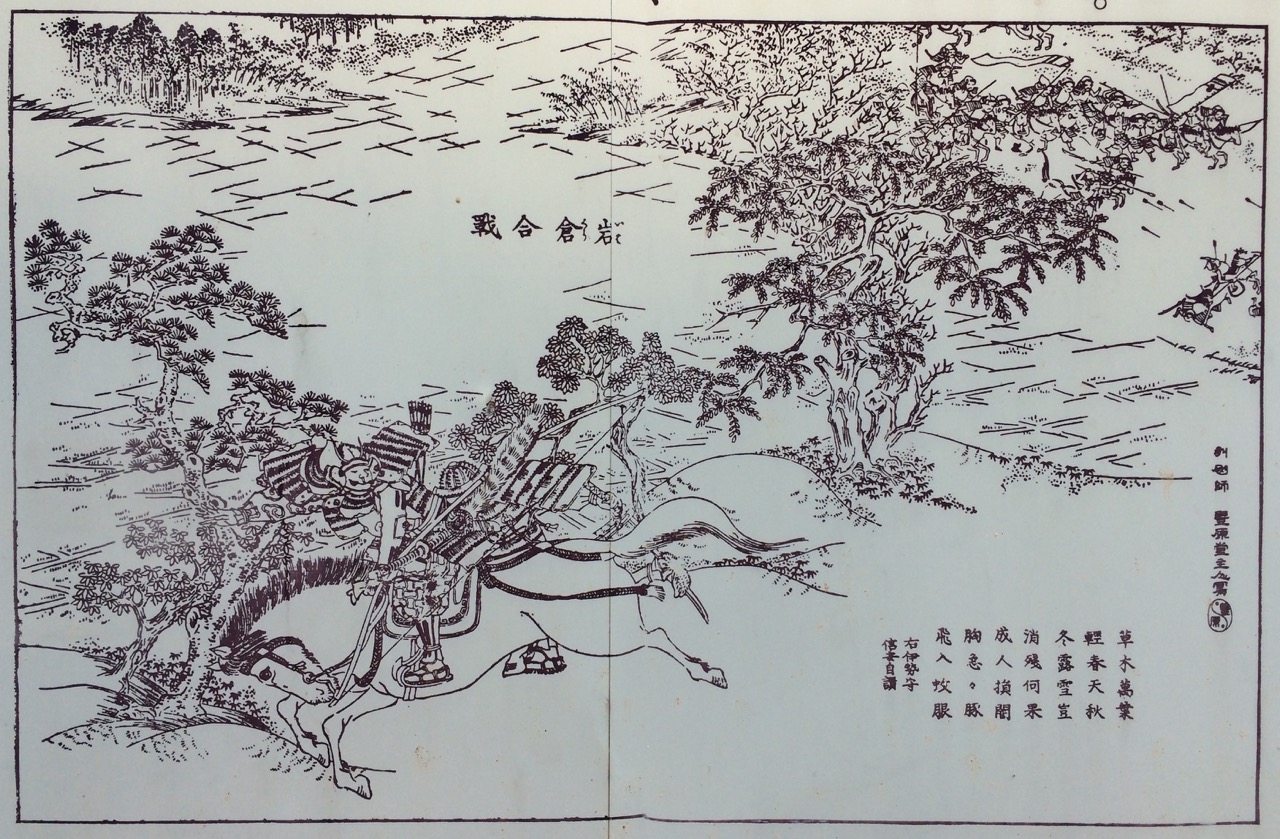 Battle of Ukino, scene from the book “Famous Spots of Owari”

Site of the Battle of Ukino, Ichinomiya, Aichi Prefecture

It was about 9km from Kiyosu to Iwakura, however the terrain was difficult to pass. Nobunaga approached to a reasonable distance, setting camp at an area known as Ukino, (now Chiaki in Ichinomiya, Aichi Prefecture) and sent his frontline troops forward. Around 3,000 samurai then left Iwakura Castle to halt the initial forces of light infantry, bowmen, spearmen and matchlock gunners sent forward by Nobunaga. At around midday, the battle began and raged for a few hours before the opposition retreated back to Iwakura. 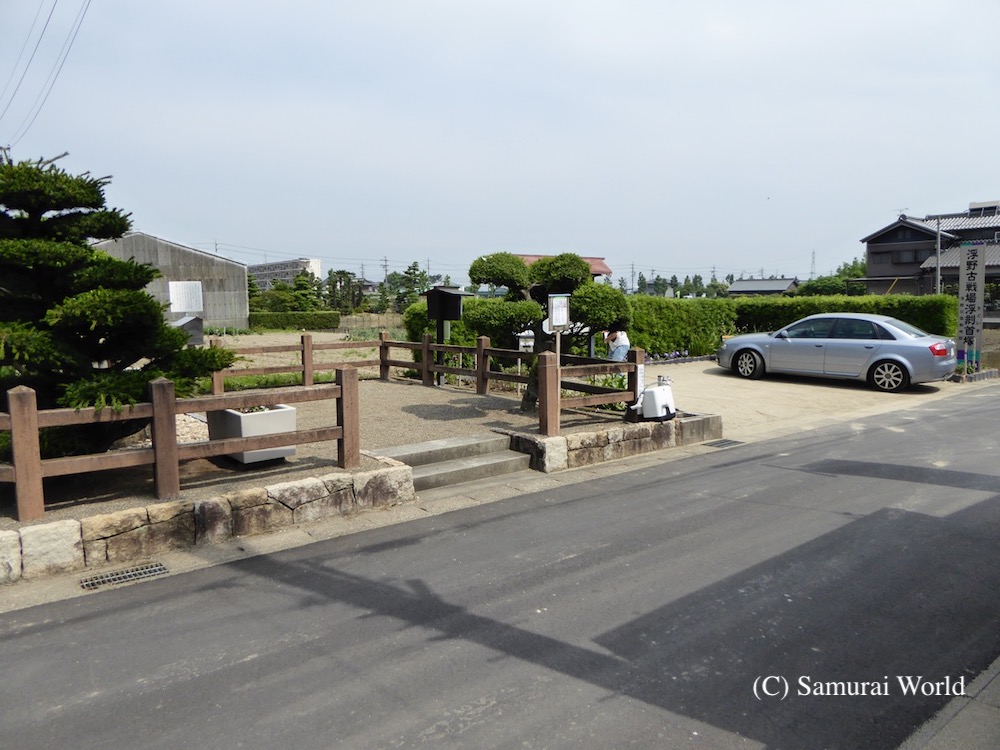 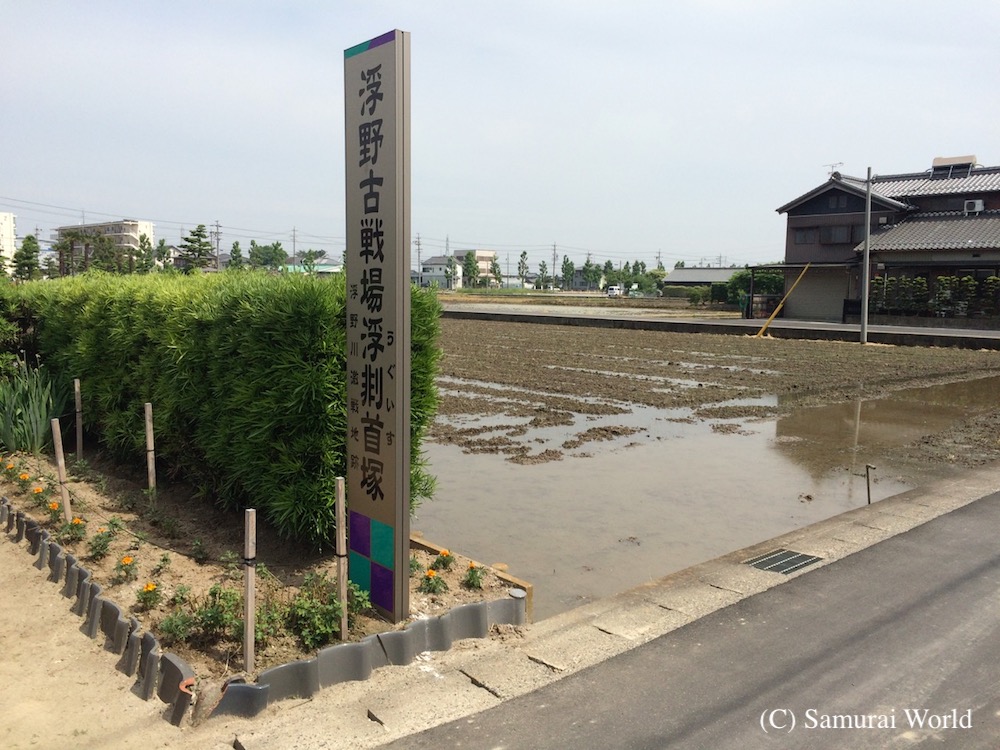 The park is surrounded by rice paddies and paddocks 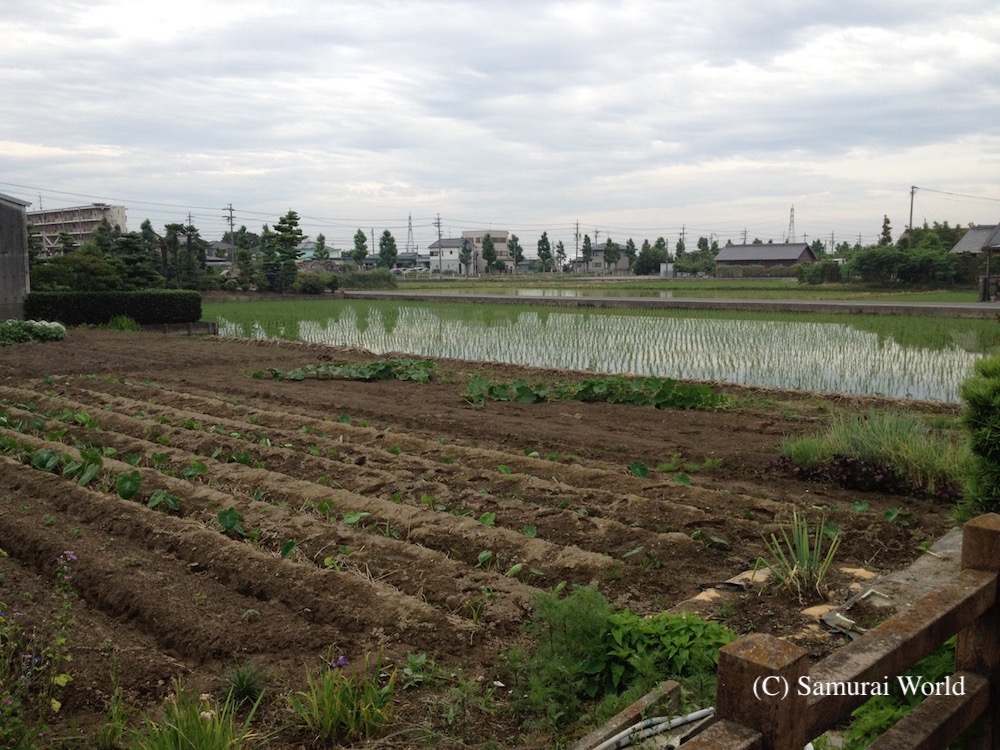 Towards the end of the battle, a famed archer by the name of Hayashi Yashichiro was seen fleeing the area, and a matchlock rifleman under Nobunaga’s command named Hashimoto Ippa gave chase. Hashimoto and Hayashi had long been friends, and as a warning, Hashimoto shouted to the bowman that he was to understand he was not able to spare his friend’s life. Replying that he understood the situation, Hayashi nocked an arrow with a 12cm long head, and sent it at his friend. Hashimoto had raised his gun ready to shoot, exposing his vulnerable left armpit area. The arrow lodged deep in Hashimoto’s armpit. Hashimoto, who had loaded his gun with a double charge of gunpowder fired instantly, dropping Hayashi. Nobunaga’s page, Sawaki Tohachi, rushed to the fallen Hayashi intending to take the man’s head, however Hayashi was not yet dead. Hayashi was not just an excellent archer, but a fine swordsman too, and as Sawaki approached, Hayashi was able to un-sheath his sword and take off Sawaki’s left arm just below the elbow. Despite his horrific wound, Sawaki fought on, and succeeded in getting Hayashi’s head. 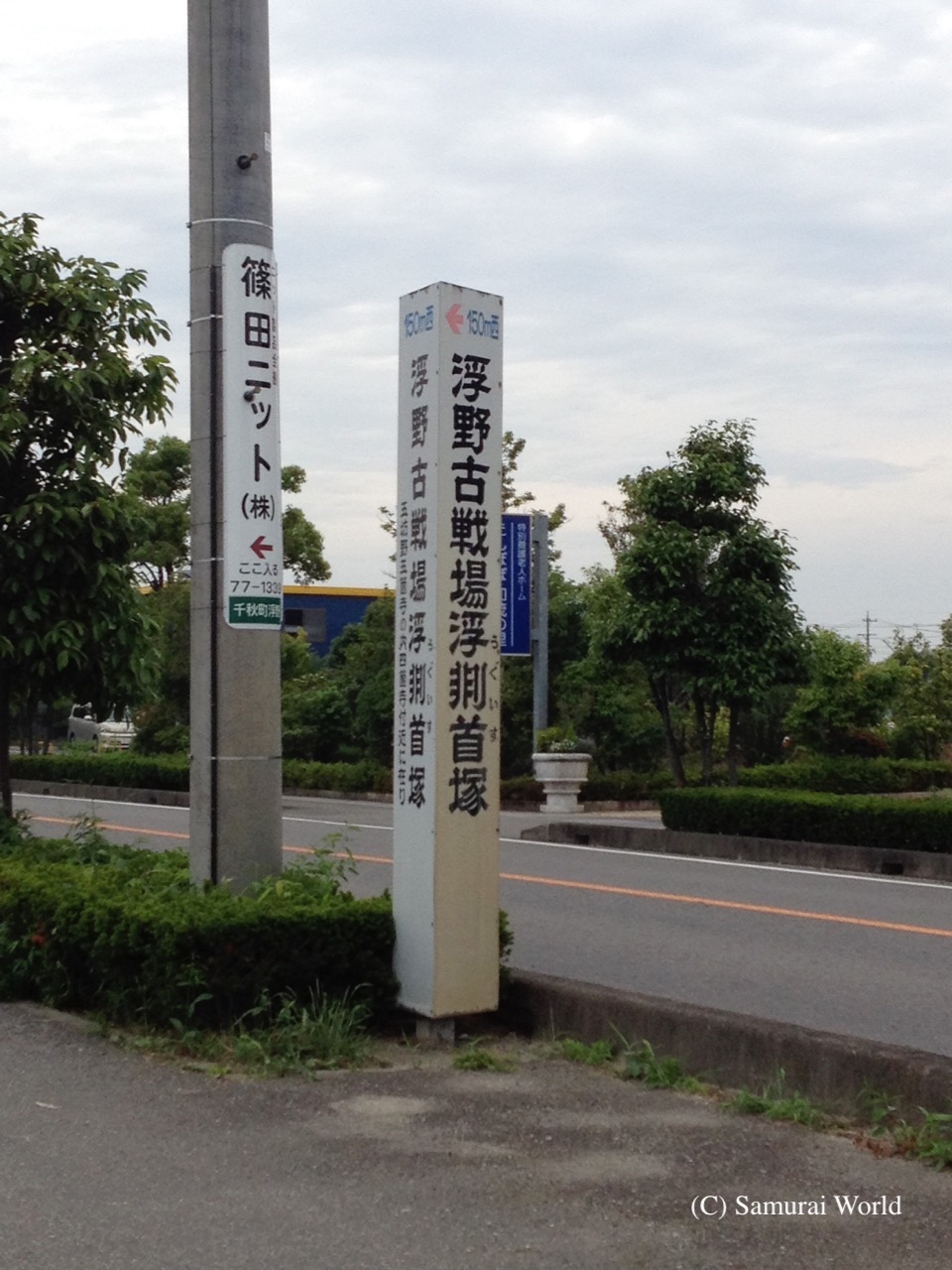 That evening, Nobunaga returned to his stronghold at Kiyosu Castle, and the following day held a Kubi-Jikken, the Head Viewing Ceremony, with over 1,250 enemy heads on display.

Nobunaga had won this round, but would not be able to take Iwakura Castle until the following year, in which Iwakura was razed following a 2 month long siege.