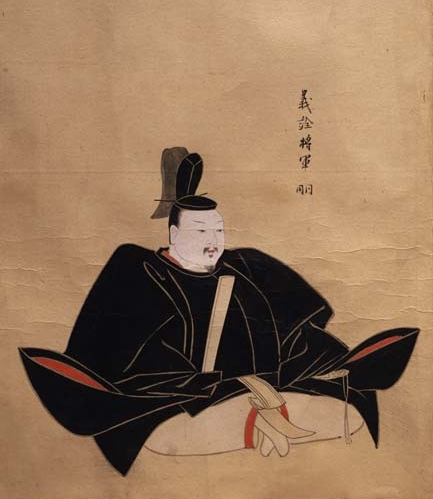 The second Ashikaga Shogun, Ashikaga Yoshiakira was born the son of the founding first Shogun, Ashikaga Takauji, and Akahashi (Hojo) Toshi. The politically powerful Hojo clan had been hereditary regents since 1206 until being overthrown by the Ashikaga in 1333. Because of his mother’s Hojo ancestry, Yoshiakira spent his childhood in Kamakura as a hostage of the Hojo clan, although properly tutored and very well cared for.

This time period witnessed the splitting of the Imperial Court into a legitimate Southern and a pretender Northern court. Yoshiakira’s father, Takauji had been sent to seek and destroy the Emperor Go-Daigo’s army, but instead sided with the banished Emperor, and then, with Nitta Yoshisada, joined forces to attack Kamakura, capture the government and bring down the Hojo. Takauji would call his son to Kyoto, name him heir, and pass away in 1358, making Yoshiakira Shogun.

Four years later, in 1362, Go-Daigo would send the troops of Kusunoki Masashige and Hosokawa Kiyouji against the Ashikaga, forcing Yoshiakira to escape, however, he would regain Kyoto again within 20 days.

Yoshiakira ruled for nine years from 1358. Yoshiakira fell ill in 1367, and after naming his son as his successor, died aged 37.