The Daisho was the pairing of long and short swords, worn as a symbol of the samurai. 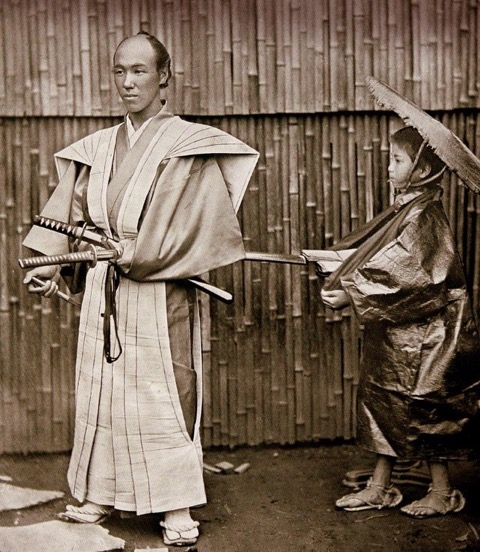 The Daisho was a symbol of the samurai rank

The Daito (long sword) usually a katana, but possibly also a tachi, and Shoto (short sword) generally being a wakizashi, or a tanto, when mounted in matching koshirae (sword mountings, fittings and furniture) is called a daisho. The daisho do not have to be forged by the same smith.

Daisho are believed to have come into fashion towards the end of the Muromachi period. A manuscript dated 1629 stipulates that a samurai must wear daisho when on official duties. While the long sword was removed when entering a home or a castle, the shorter companion swords, wakizashi, or (lit. sword thrust at the hip) and tanto, (short blade) would be worn inside.

Although the samurai wore two swords, they would traditionally only fight with one at a time. The early 17th century swordsman Miyamoto Musashi developed a style in which the two swords were wielded simultaneously.

When displayed on a stand, the katana is mounted above the wakizashi, with the hilts to the left and the blades facing upwards. 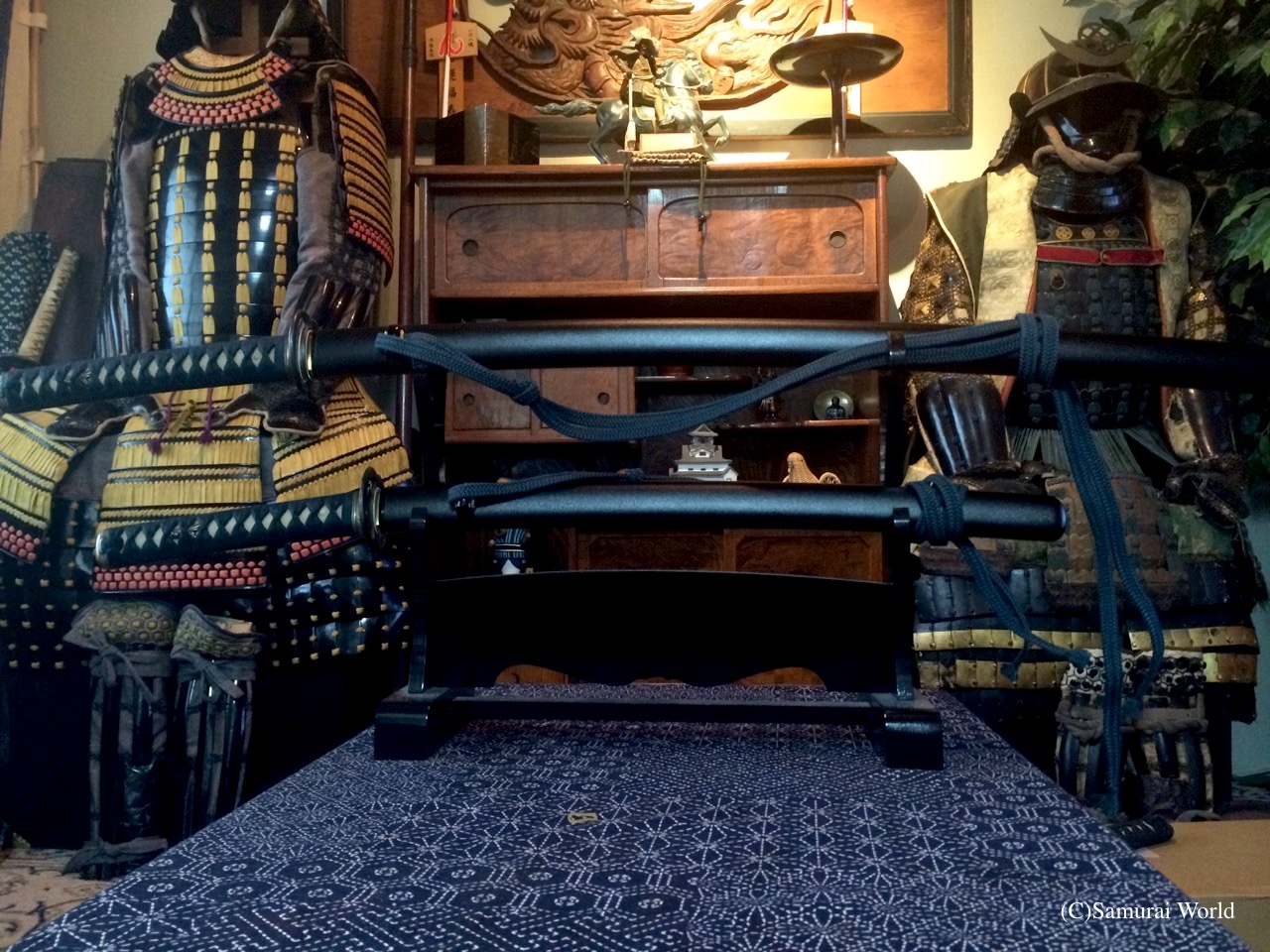 The katana is mounted above the wakizashi