The unique stirrups used by the samurai were known as Abumi. The earlier versions (pre-Nara period) had only a toe cup for support, while the Nara and Heian periods featured an elongated toe to heel foot-plate for greater support. Usually made of steel, abumi are often decorated with inlay and or lacquer. 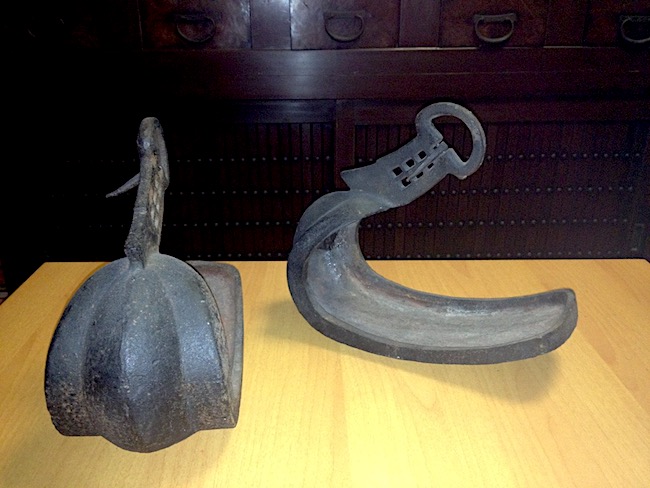 The open sides are supposed to prevent the riders’ foot from catching in the stirrup and being dragged if thrown. This design remained in use until western saddles were introduced during the Meiji period.