Horio Tadauji was the son of Horio Yoshiharu, first lord of Matsue Castle.

As his father, Yoshiharu had been badly injured in a brawl at a tea ceremony prior to the Battle of Sekigahara in 1600, Horio Tadauji took his father’s place in Tokugawa Ieyasu‘s Eastern forces. After the battle, Ieyasu praised Tadauji for his fine efforts and awarded him with 240,000 koku at Izumo Province (Shimane Prefecture). 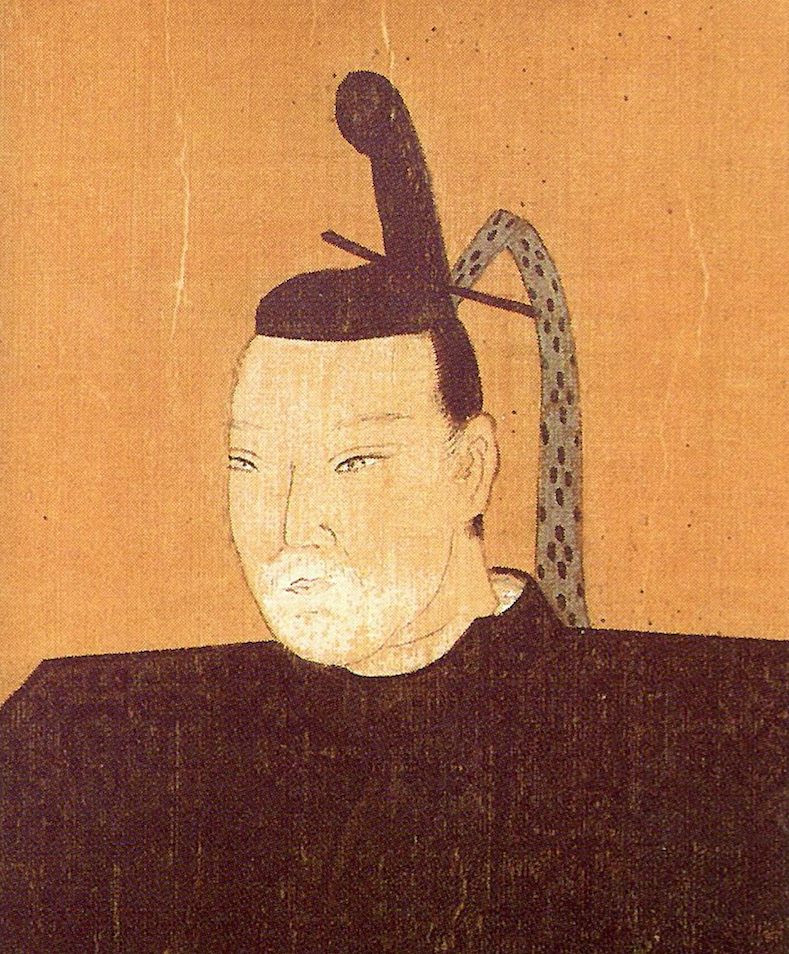 Prior to joining Ieyasu at Sekigahara, Yamanouchi Kazutoyo (Yamauchi Katsutomo) had asked his friend Horio Tadauji what he thought the best course of action would be. Horio answered easily, with passion and veneration, “I pledge my lands, my castle, my family, my food, my life, all I can give, without hesitation for the Tokugawa cause!” Yamanouchi was so touched, he agreed to follow his friend’s advice and so joined the Eastern forces.

On the day of the pre-battle’s great gathering, Ieyasu received many pledges of loyalty, but it was Yamanouchi’s pledge which drew the most response. Stuck for an answer of his own, the dullard Yamanouchi repeated ad verbatim the passionate response of his friend Horio. “I pledge my lands, my castle, my family, my food, my life, all I can give, without hesitation for the Tokugawa cause!” Horio’s eyes must have bulged hearing his own pledge come from the mouth of his witless friend. More so when a much pleased Ieyasu praised the man for his sincerity and for going so far in his offer. The other leaders too admired the answer with a rousing cheer.

While Horio Tadauji distinguished himself on the field, his friend Yamanouchi did little of merit bar waiting on the sidelines. Horio Tadauji died from a disease 4 years after the battle.