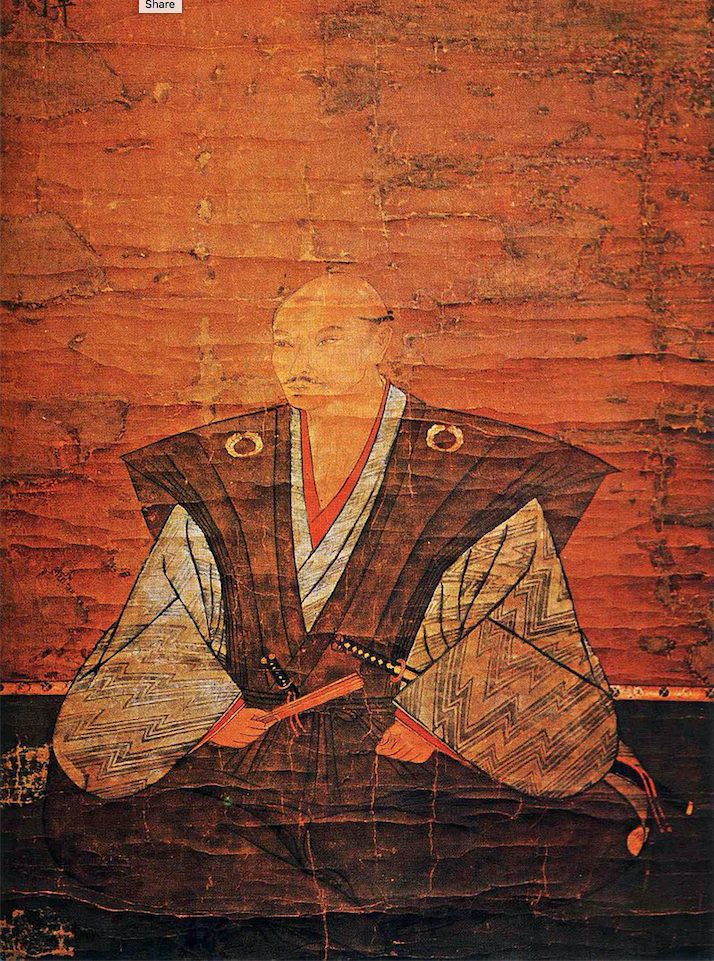 The Daimyo Nakagawa Kiyohide, also known as Nakagawa Toranosuke as a child, and commonly as Nakagawa Sebe, was born in modern-day Ibaragi City, Osaka in 1542. Kiyohide was originally in the employ of Ikeda Katsumasa, daimyo of Settsu (now bordering Osaka and Hyogo Prefectures) but later gained independence. In 1568, Oda Nobunaga seized Kyoto on the pretext of assisting the Ashikaga Shogunate, the Ikeda clan, and the army of Nakagawa Kiyohide fought against him, but due to the sheer numbers of Oda forces, both surrendered. Kiyohide would face Nobunaga’s wrath yet again in 1578, when Araki Murashige of Itami Castle rebelled, and Kiyohide followed suit. Nobunaga soon raised a large attack force, and Kiyohide again surrendered, then to reconcile with Nobunaga, turned his forces on the Araki. Having been pardoned by Nobunaga, Kiyohide then served under Niwa Nagashige and Ikeda Tsuneoki, participating in a number of battles.

Following Nobunaga’s death in 1582, Kiyohide faithfully served Toyotomi Hideyoshi, taking part in the Battle of Yamazaki. The following year, Nakagawa Kiyohide would be killed while defending Oiwayama Toride, a small fort, falling to Shibata Katsuie’s general, Sakuma Morimasa in the Battle of Shizugatake.