Horio Yoshiharu was born in Niwa-gun, Owari (Aichi Prefecture) in 1542. Yoshiharu, also known as Horio Mosuke, was called “Hotoke no Mosuke”, or  “The Buddha Mosuke”, after the enlightened god, Hotoke, because of his serene demeanor, and ability to remain calm even under intense pressure.

His father had been a vassal of the Iwakura Oda clan, rivals of Oda Nobunaga, who later defeated his kinsmen, forcing Yoshiharu’s father to become a Ronin, a masterless samurai. In the Sengoku, or Warring States period, every day was a life or death struggle. A samurai had to remain calm under pressure, and refrain from showing his thoughts or emotions lest they betray him. Those early days must have led Yoshiharu to developing his Buddha-like calmness and mental strength for survival. Luckily, he would later come into the employ of Nobunaga himself, although as a lowly foot soldier. 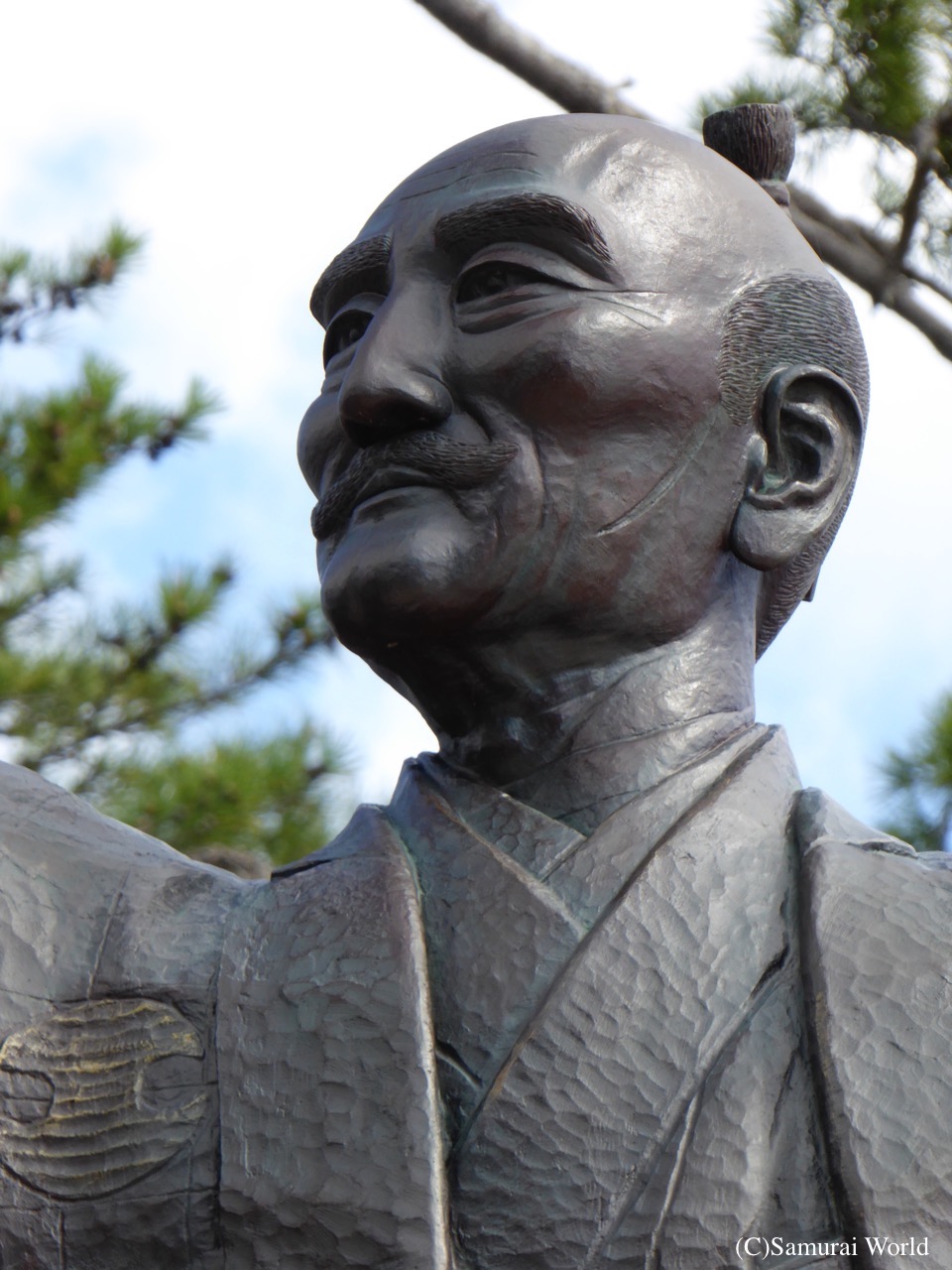 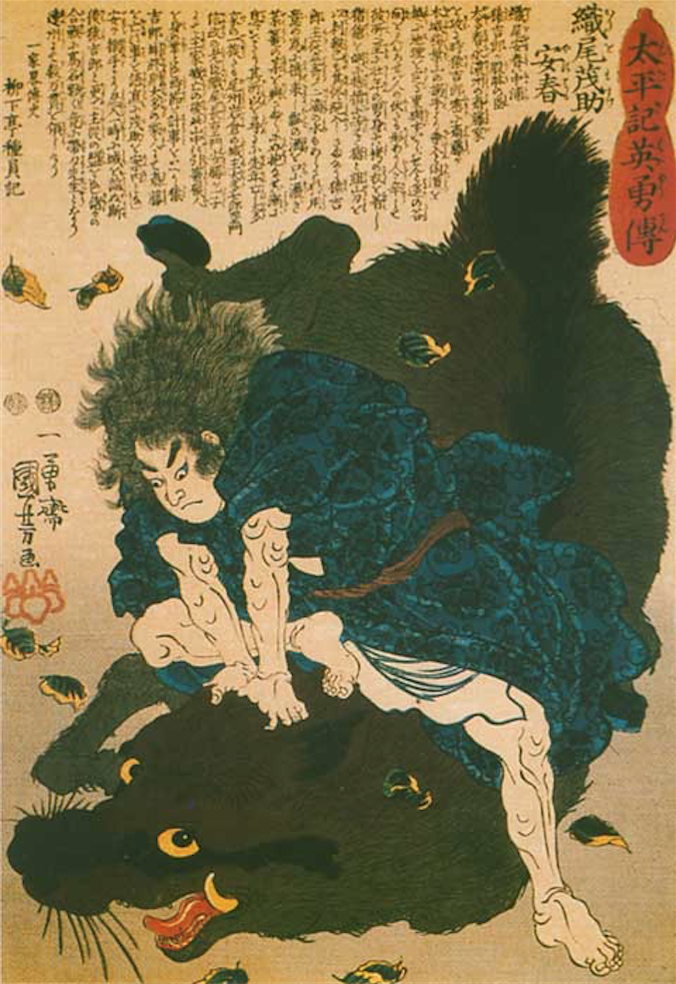 The episode that brought Yoshiharu to the attention of Oda Nobunaga occurred when Lord Nobunaga was out hunting one day in Owari. A large, wild boar charged the hunting party, scattering the group, all except for Yoshiharu, who unarmed, stood his ground and wrestled the beast. The calmness, strength and bravery with which he faced the boar impressed Nobunaga who promoted him. Yoshiharu’s brave but calm manner served him well over the following years through a number of battles, and he was often admired for his ability.

Towards the end of the summer of 1600, just prior to the Battle of Sekigahara, while the nation was dissolving into East and Western camps, Horio Yoshiharu attended a drinking party at Chiryu, in Mikawa Province (Aichi Prefecture) along with the Lord of Kariya Castle, Mizuno Tadashige and Kaganoi Shigemochi. The topic of war and which side to choose boiled over when a drunken and enraged pro-western Kaganoi killed Lord Mizuno, and injured Yoshiharu in the melee. Despite his injuries, in a Buddha-like fashion, he calmly and efficiently took control of the situation,

meting out punishment by cutting down Kaganoi, and restoring peace. Yoshiharu was said to have been injured by Kaganoi’s spear in 17 places during the fight, and was therefore unable to participate in the Battle of Sekigahara. Instead, his son would fill his void on the battlefield.

Following Sekigahara, the Horio clan were awarded land in Izumo Province (Shimane Pref.) and became the Daimyo of Matsue Castle, where he went into retirement. His son, Tadauji had succeeded him, but died of an illness in 1604. Tadauji’s heir, a nine year old son named Tadaharu, was deemed too young to take on the responsibility, and so Yoshiharu again became lord until his grandson was able to take command.

Horio Yoshiharu was a brave and able fighter, and is said to have possessed the calm, enlightened spirit of the Buddha, a fine trait for the samurai of the Sengoku period, who lived their lives on the razors’ edge. 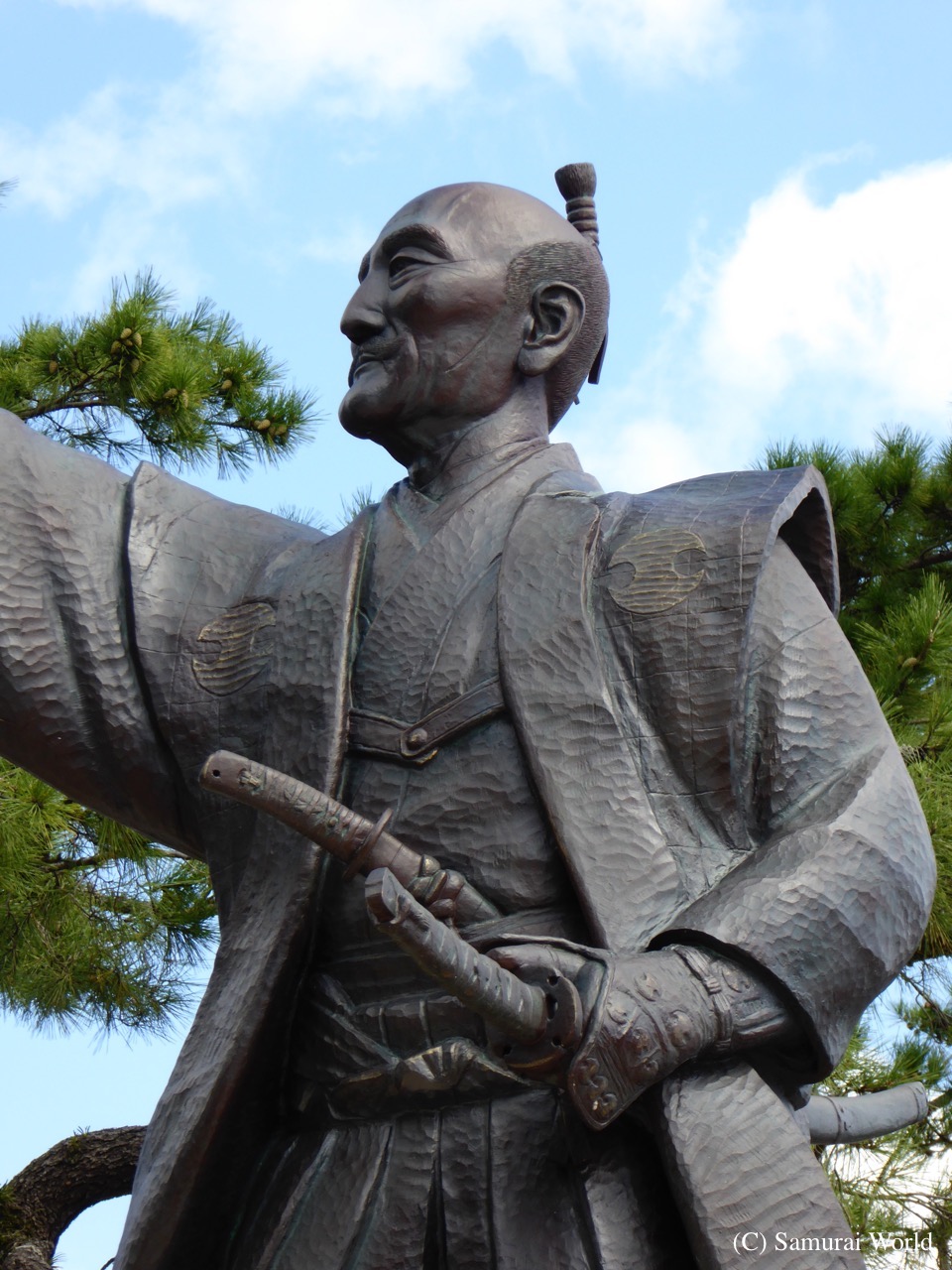