Kochi Castle is one of just 12 samurai castles with keeps in original condition. Yamanochi Kazutoyo (Yamauchi Katsutoyo), who was given Tosa Domain (modern-day Kochi Prefecture in Shikoku) following the Battle of Sekigahara in 1600, commenced building a fine castle and residence there from 1601. Work took ten years to complete, and the Yamanouchi clan would remain at Kochi until the Meiji Restoration. 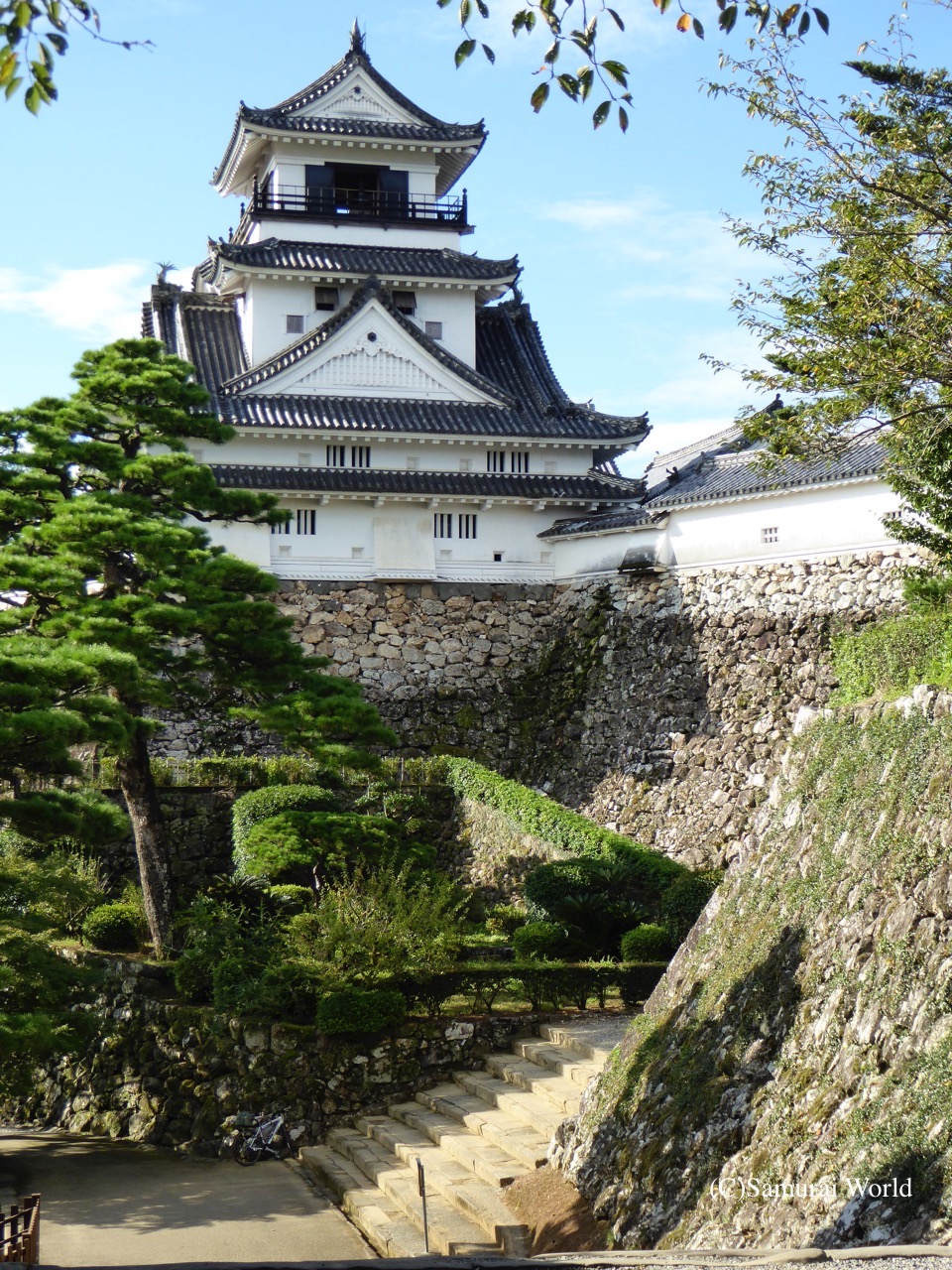 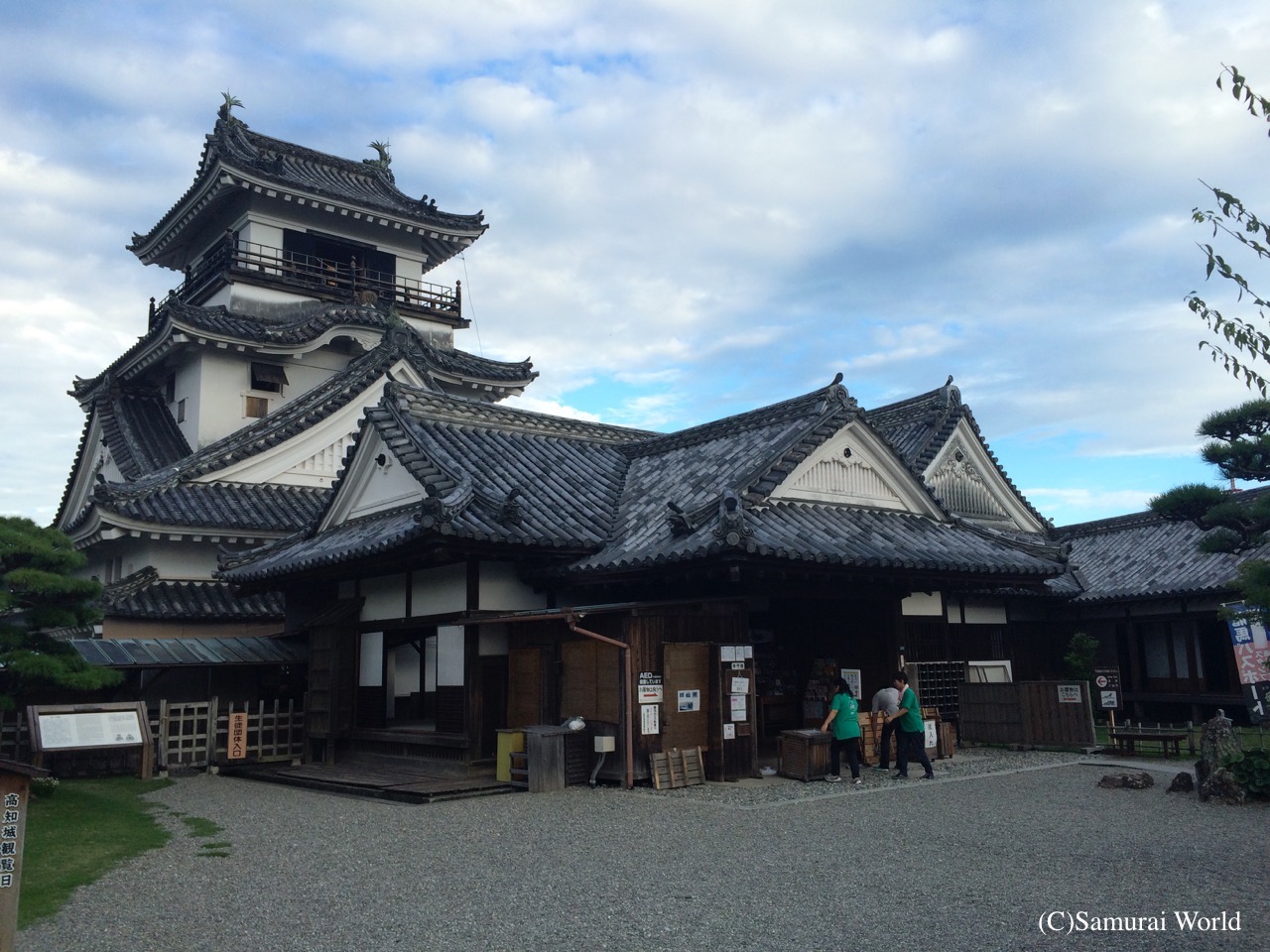 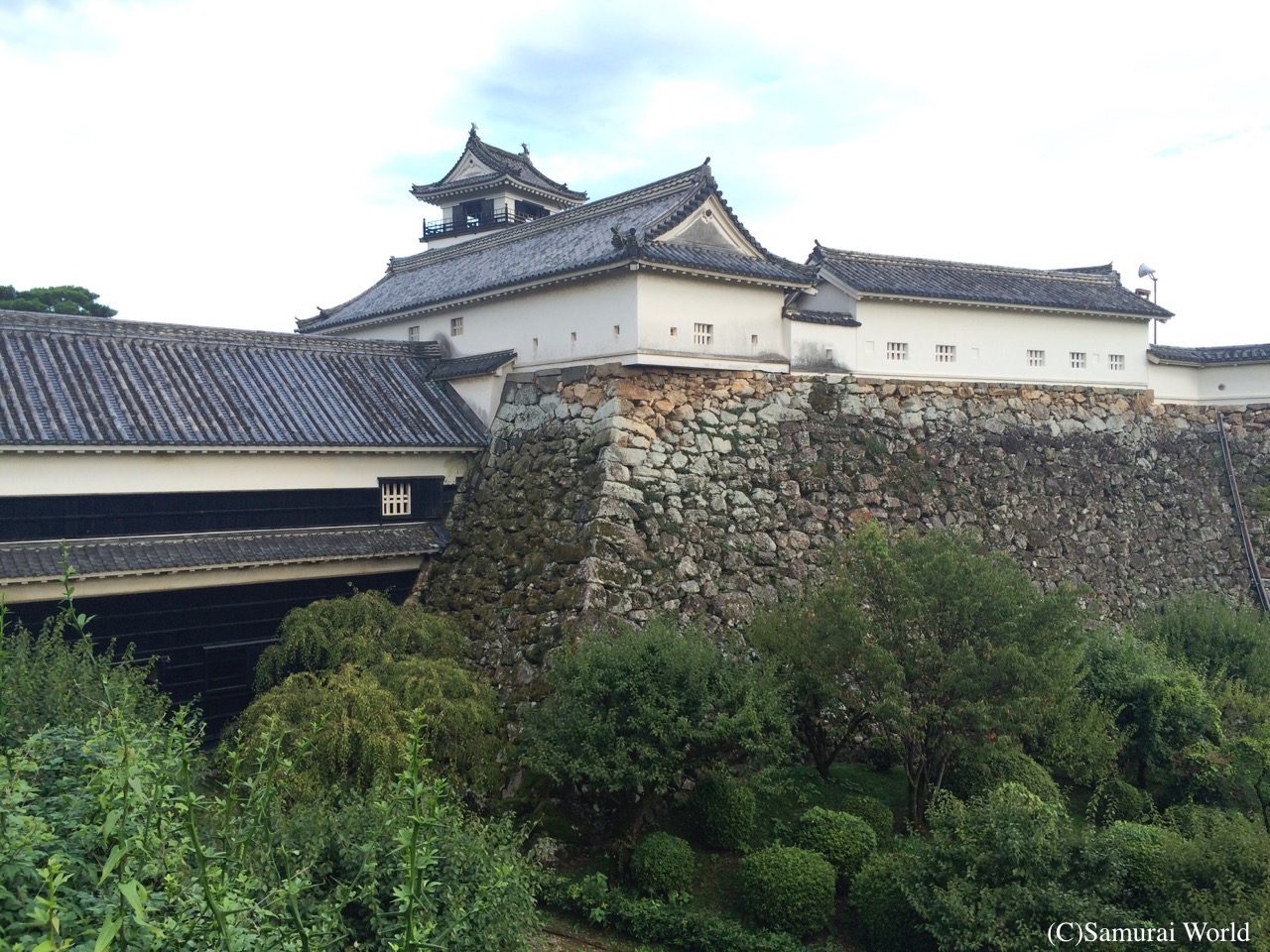 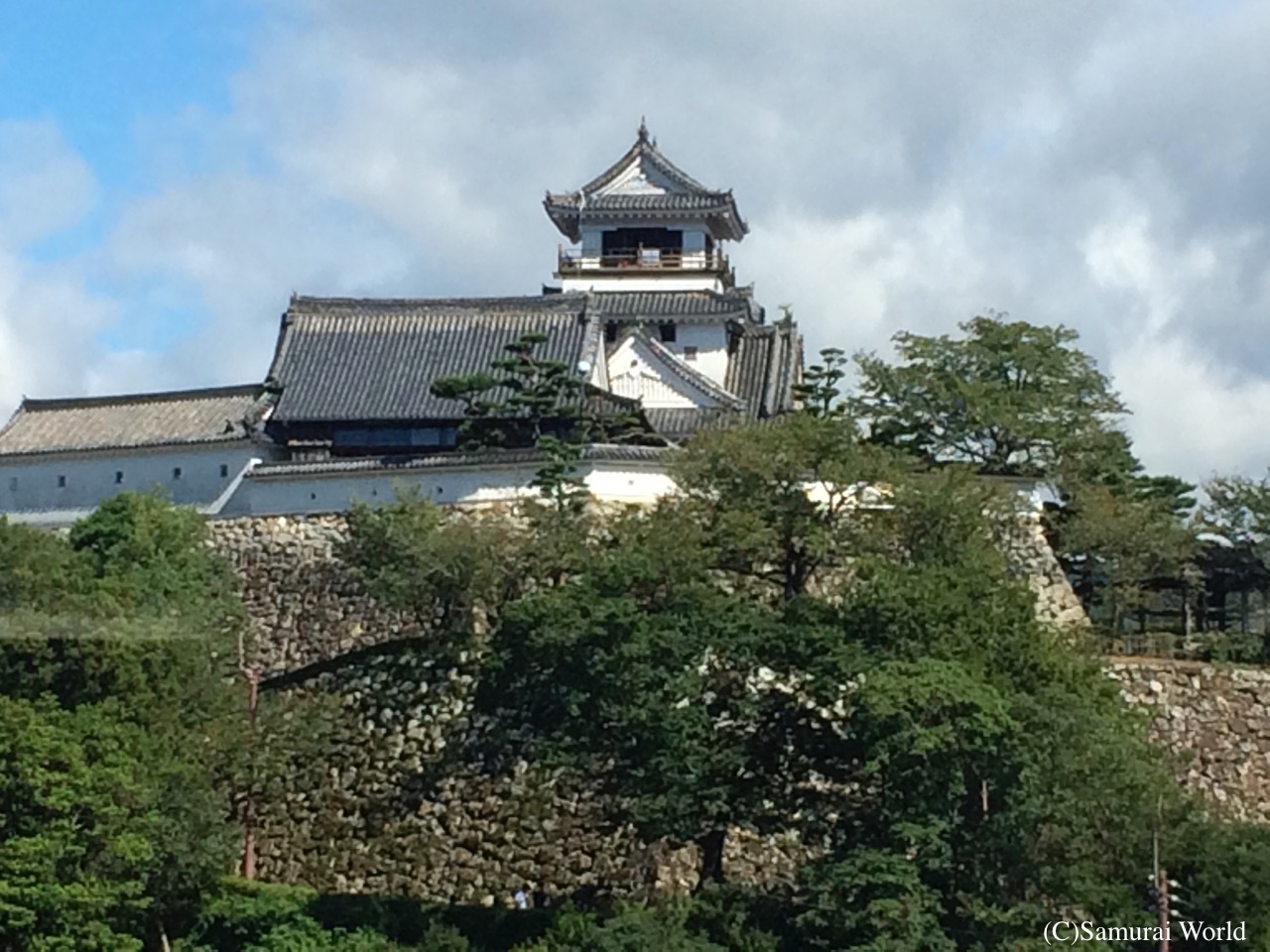 Kochi Castle makes fine use of the layout of the land. The Kagami and the Enokuchi Rivers form a natural outer moat, with the castle situated on Mt. Otasaka. The main Honmaru bailey is situated on a rise to the south, and the opposite northern hill is taken up by the Ni-no-Maru, at roughly the same elevation as the Honmaru. The Ni-no-Maru connects to the Honmaru via a corridor-like bridge called a roka-bashi across a small valley between them. Directly under the roka-bashi, blocking the valley is the Tsume-mon gate. From the looks of the castle’s layout it appears that the Tsume-mon is the way into the Honmaru, however this is deceptive. Any attacking enemy wasting time and effort in attempting to breach this gate would find themselves heading away from the central precinct upon passing through the gate.

While attempting to breach the gate, they could be fired upon from the keep to their left, from the gate above them, and from watchtowers to their right. Instead, entry to the Honmaru is to the right, up a flight of once heavily guarded stone stairs, through the Ni-no-Maru, and then across the covered roka-bashi. 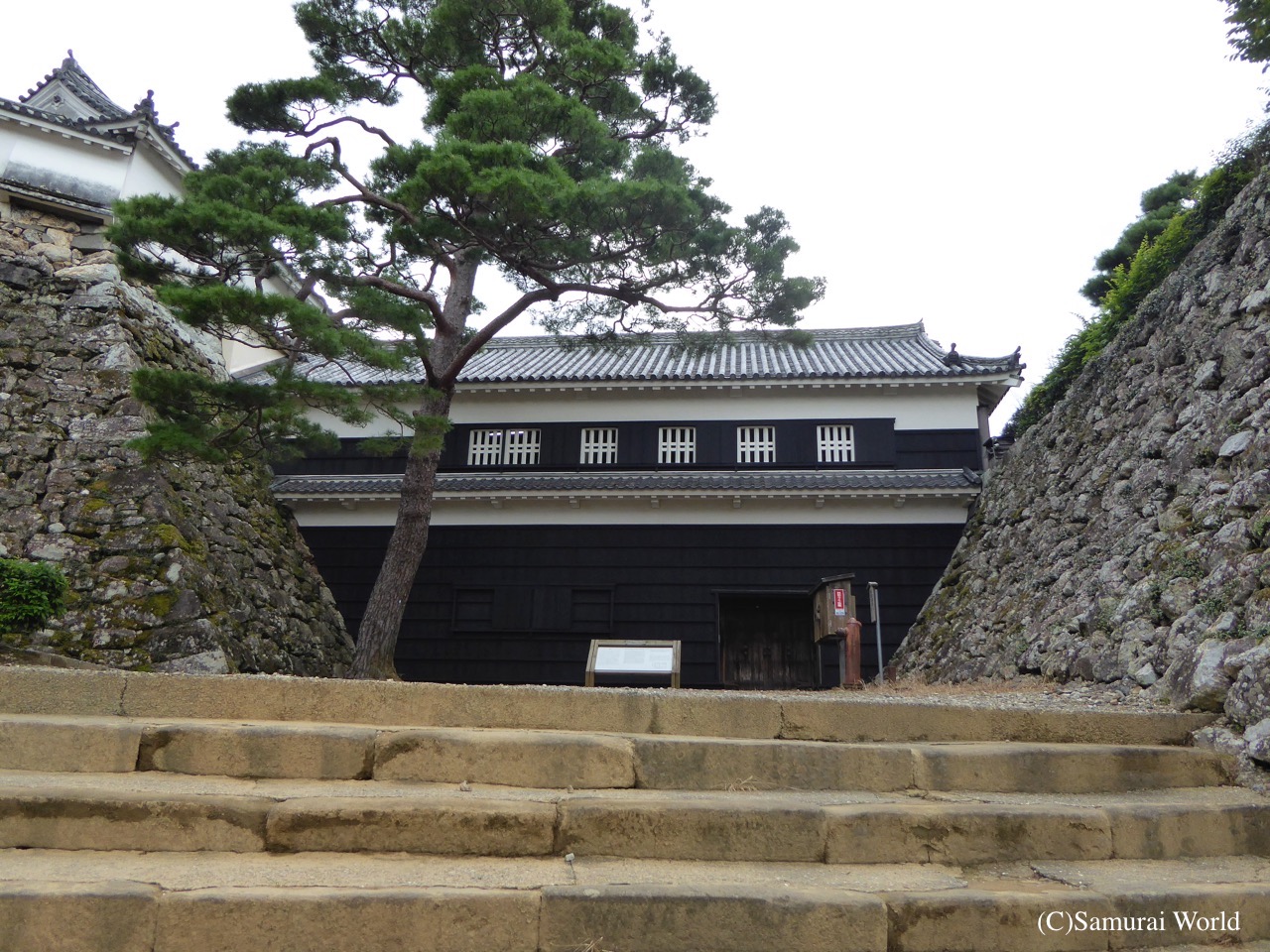 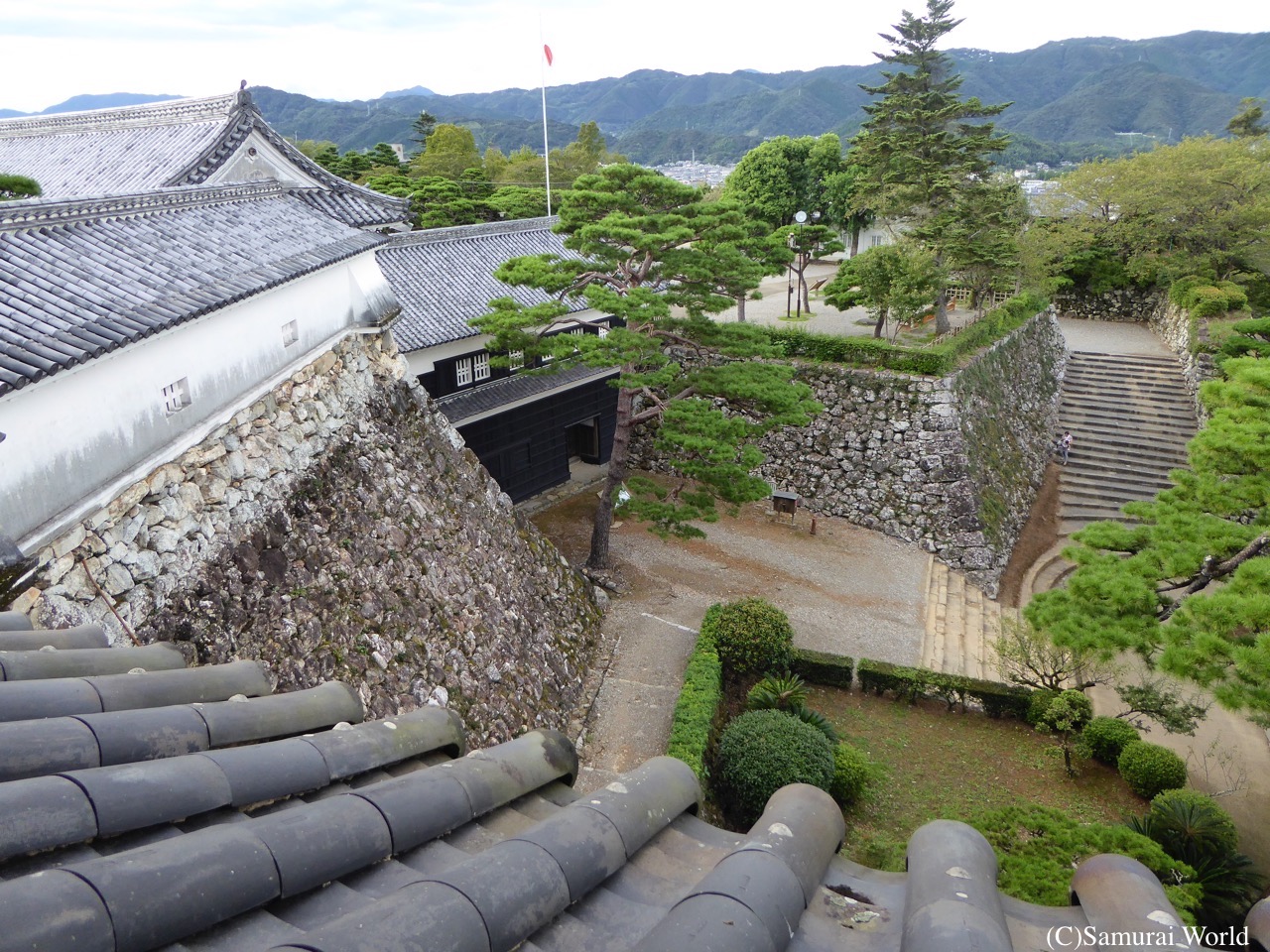 In 1727, many of the central structures were damaged by fire, including the tenshu. What remains today is the rebuilt keep and palace from that period. The remaining tenshu, was remodeled on the original four-roofed, six-floor tower Yamauchi Kazutoyo designed keep. Kazutoyo was said to have once wanted a mawarien, balcony and railing surrounding the uppermost floor, and so the reconstructed keep included one. Around the bottom edge of the tenshu are tsuruge spikes called Shinobi Gaeshi. These spikes to prevent ninja and attackers from entering are only found at Kumamoto, Nagoya and Kochi Castles, however the trident shaped spikes are only found here at Kochi. Kochi Castle’s Honmaru Goten, the lord’s palace, is connected to the base of the main keep. This is also very rare. The living quarters take up the first level of the main keep. 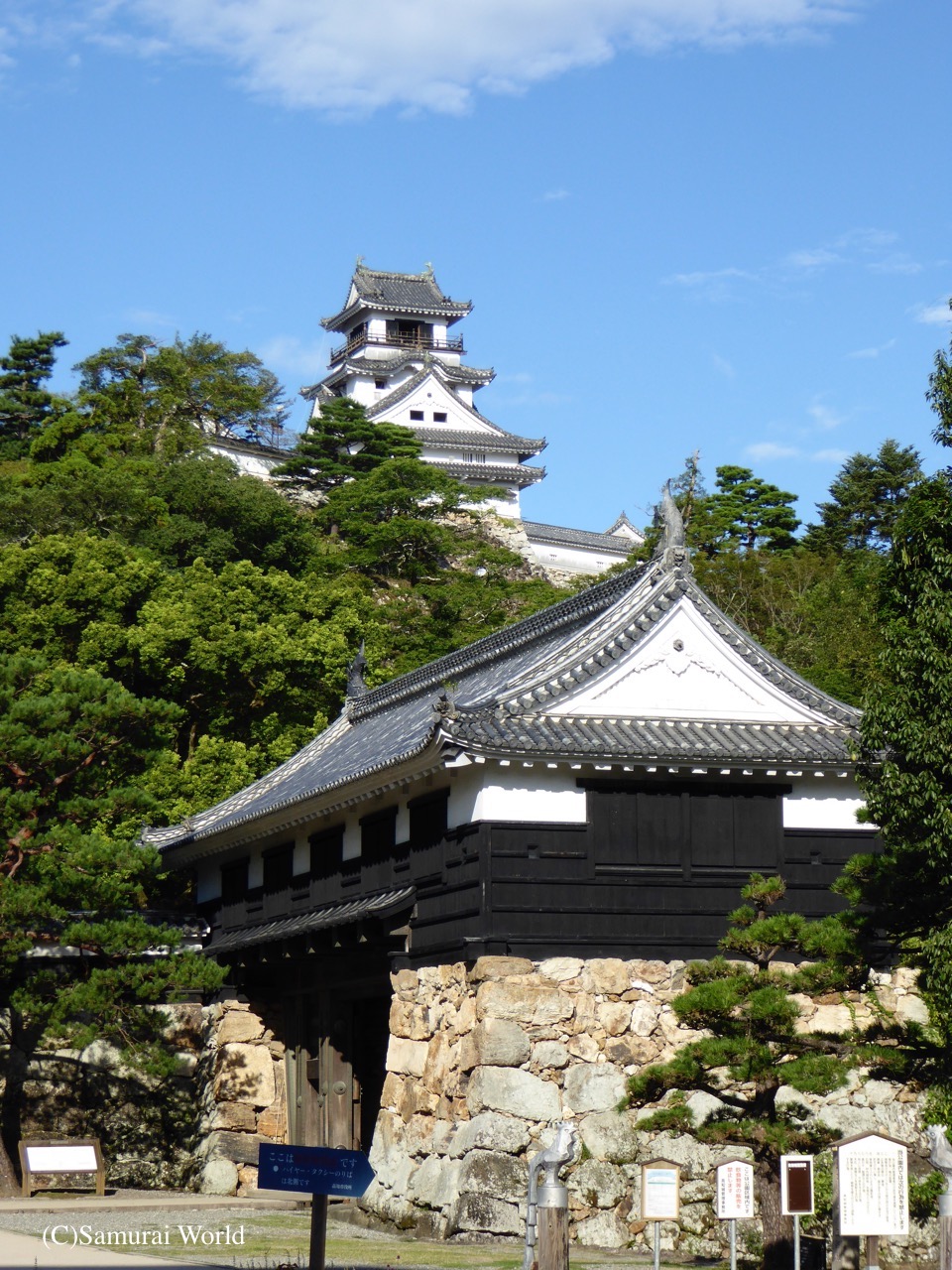 The keep was rebuilt after a fire in 1727 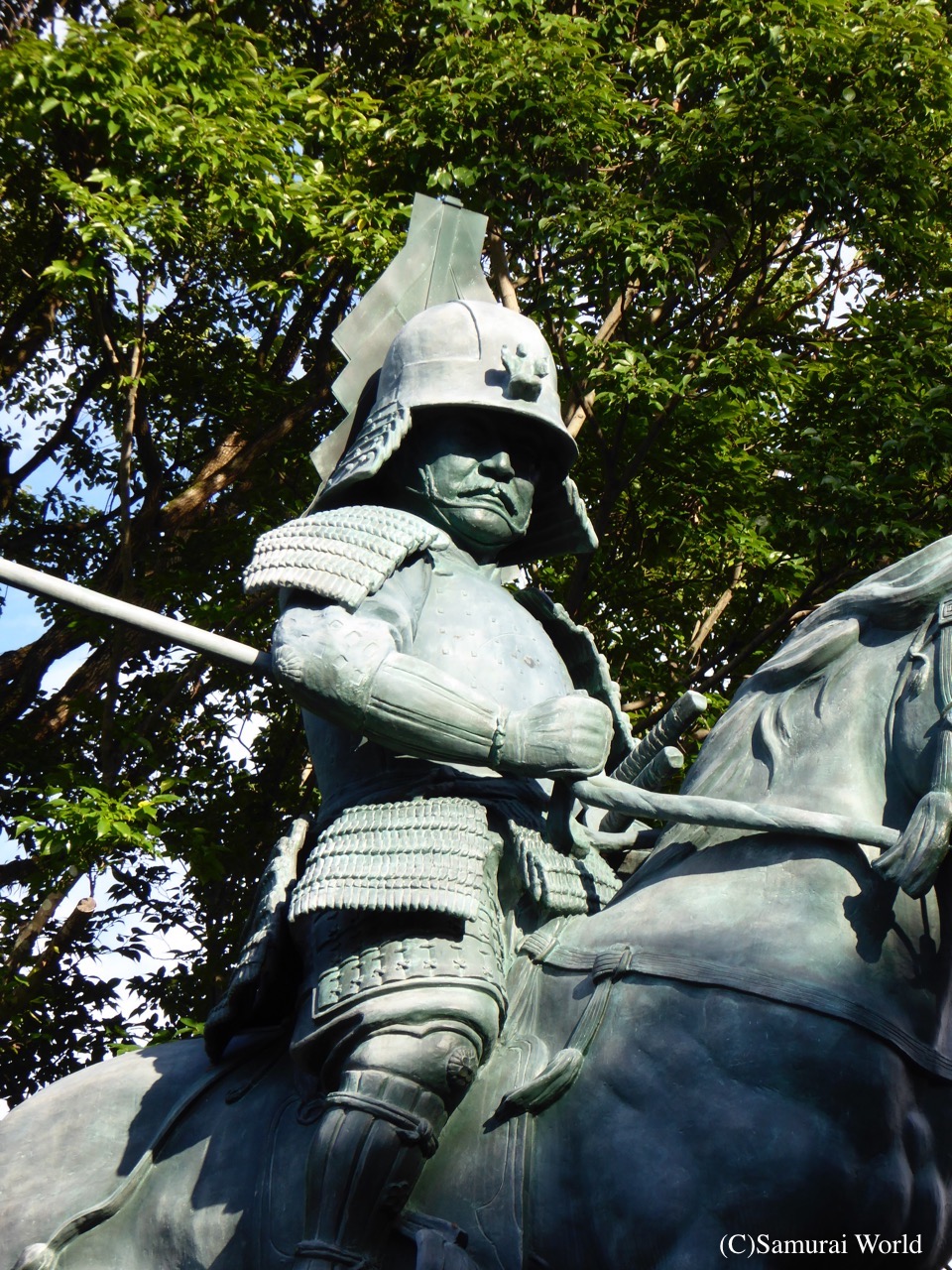 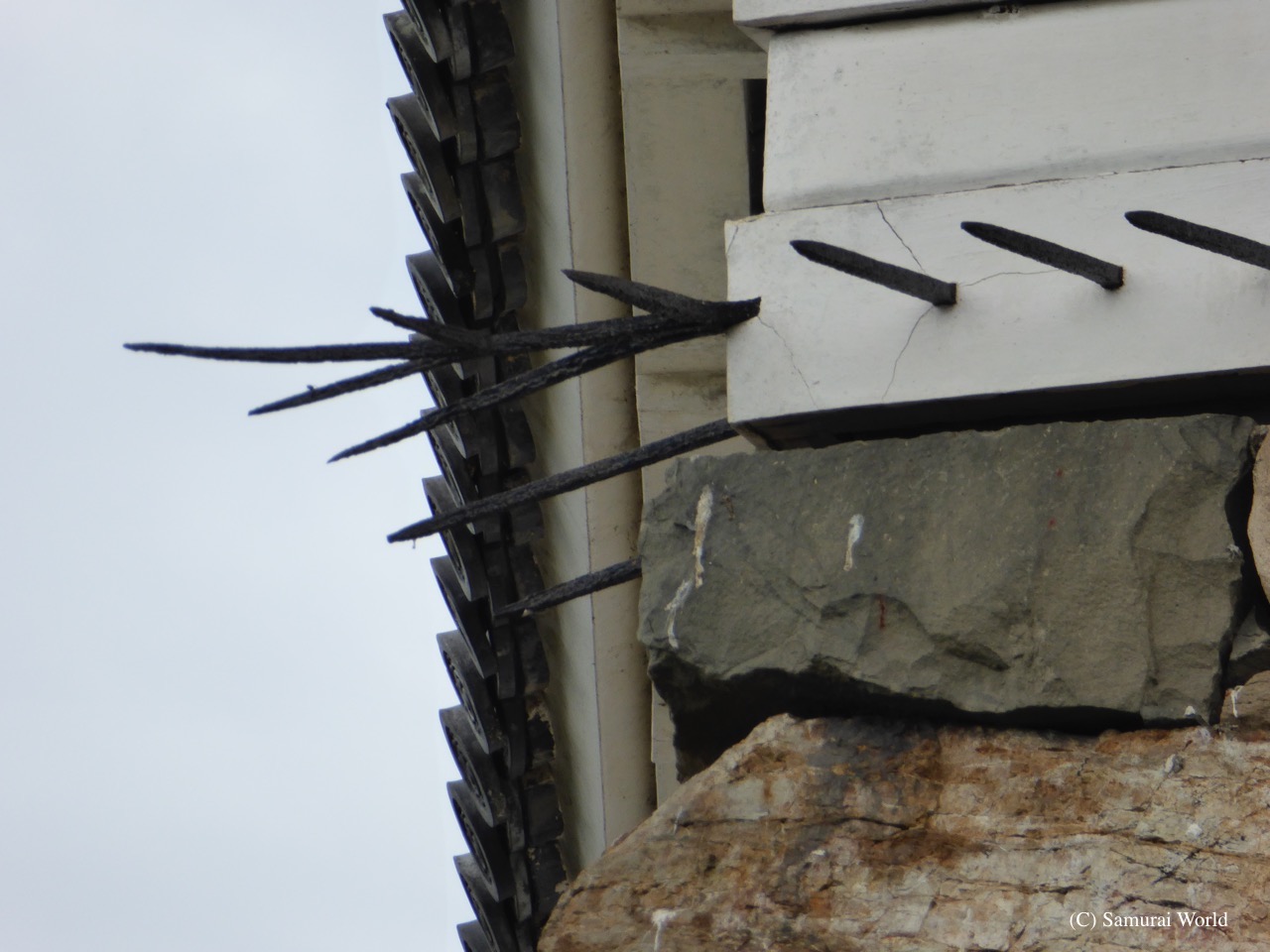 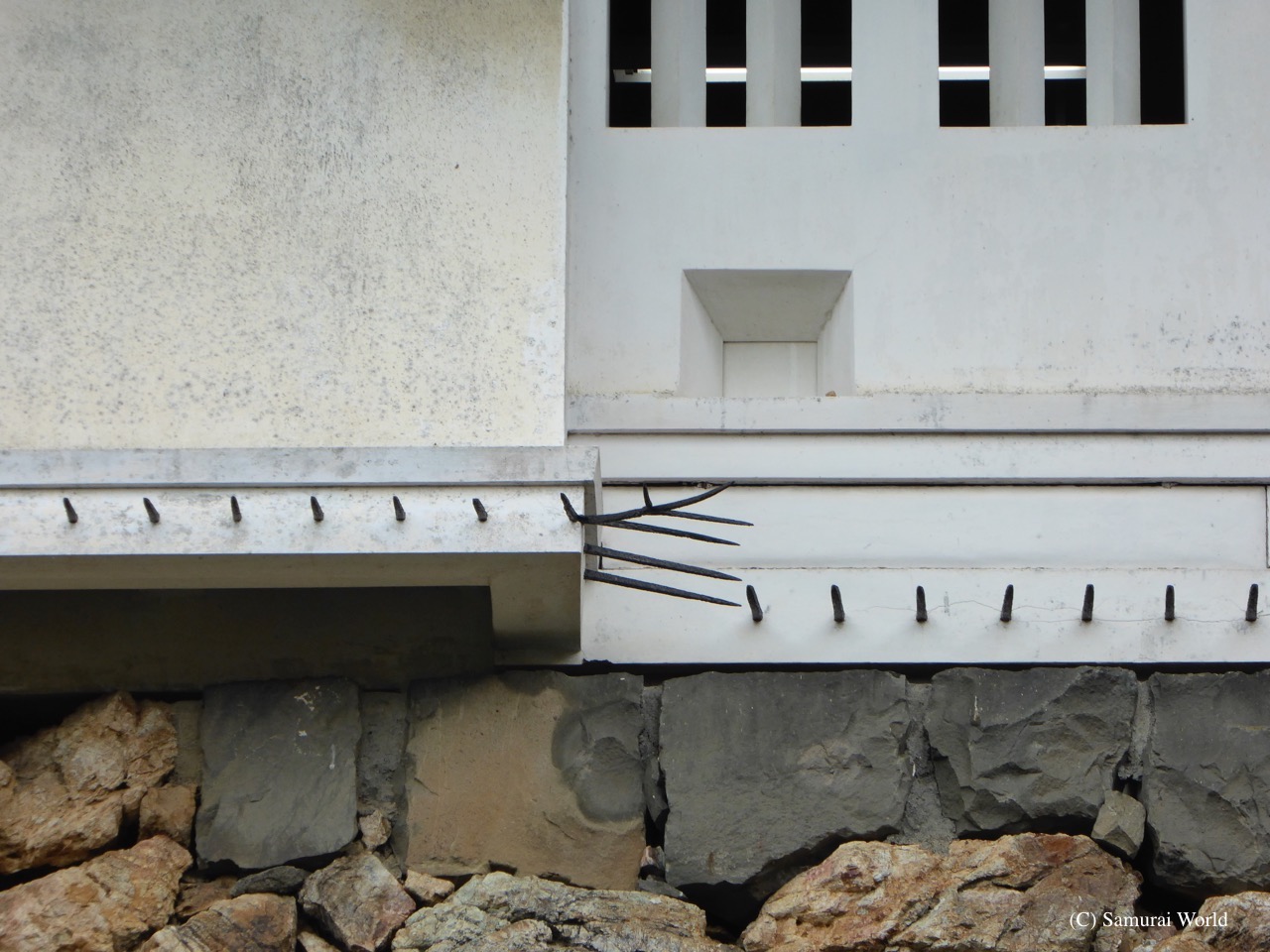 Only Kochi Castle, Kumamoto and Nagoya Castles
had these tsuruge spike defenses

Kochi Castle’s Honmaru is deemed particularly historically valuable, as it is the only castle with all the original structures, keep, palace, gates and walls still existing. A total of 15 structures designated National Important Cultural Properties remain at Kochi Castle, including the tenshu, the Kaitokukan Honmaru Palace, the Nando storehouse, the nishi and higashi tamon yagura, Ote, Kurogane, and Roka gates, six segments of walls and the roka-bashi linking the Honmaru to the Ni-no-Maru. 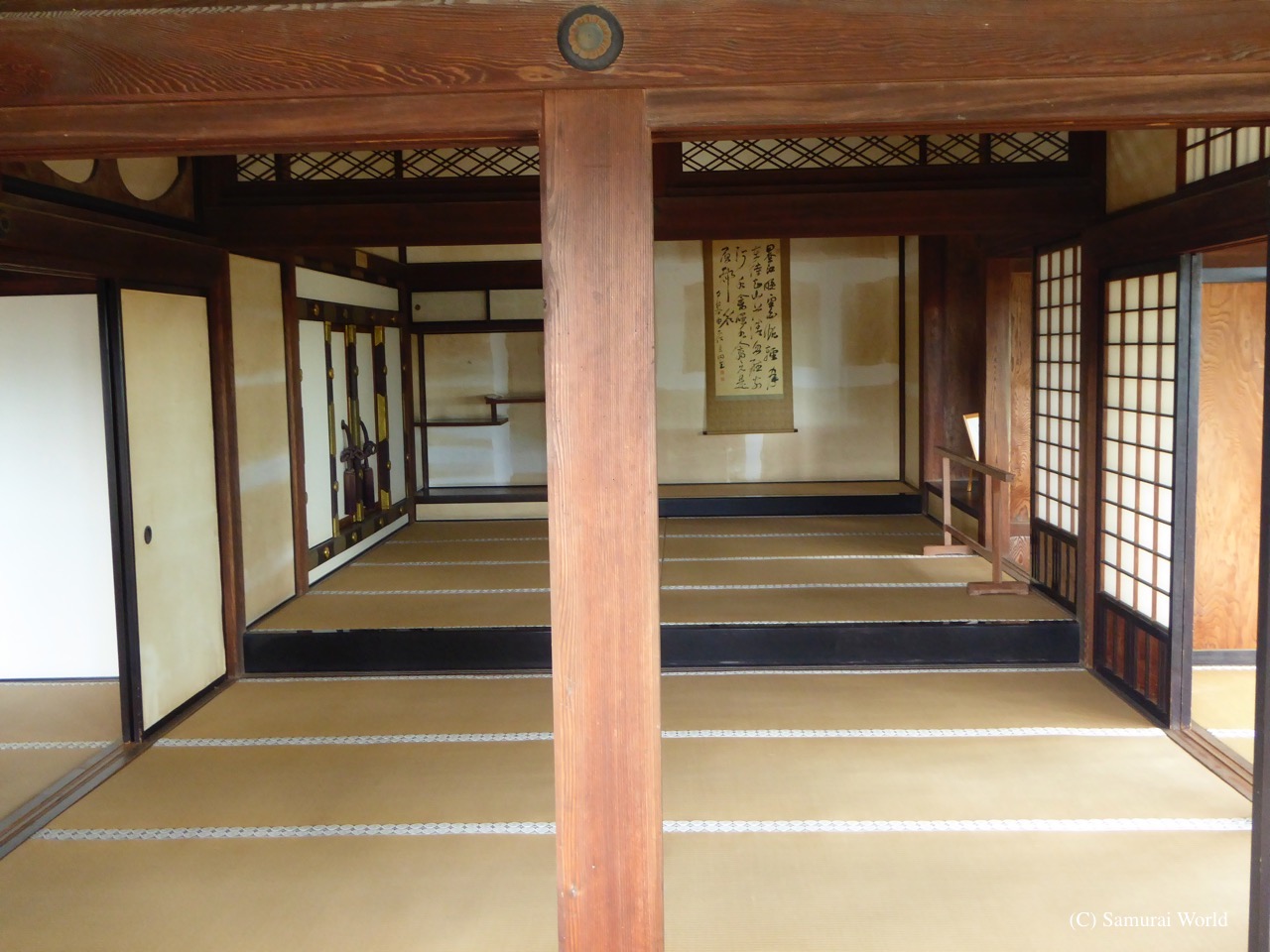 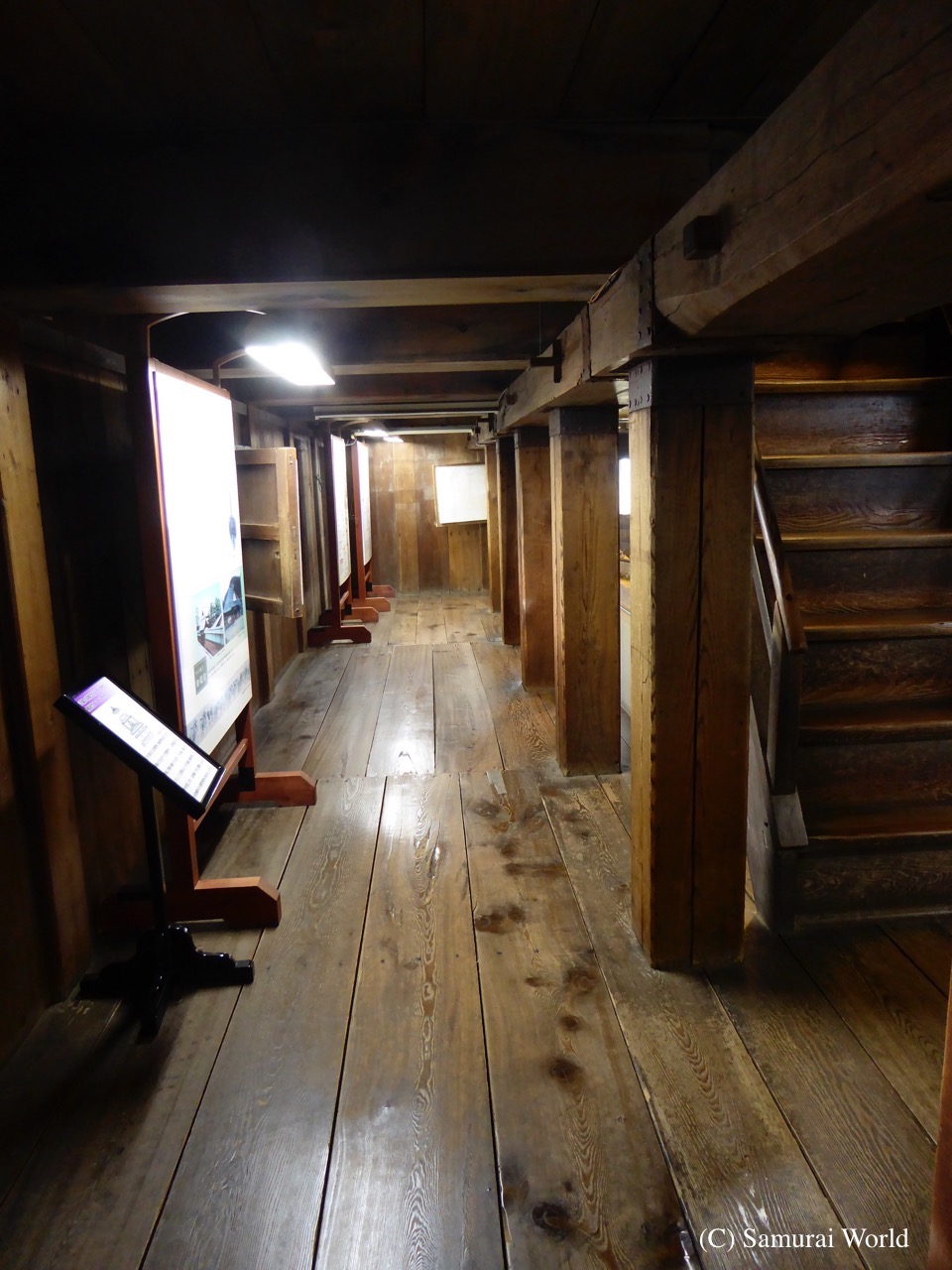 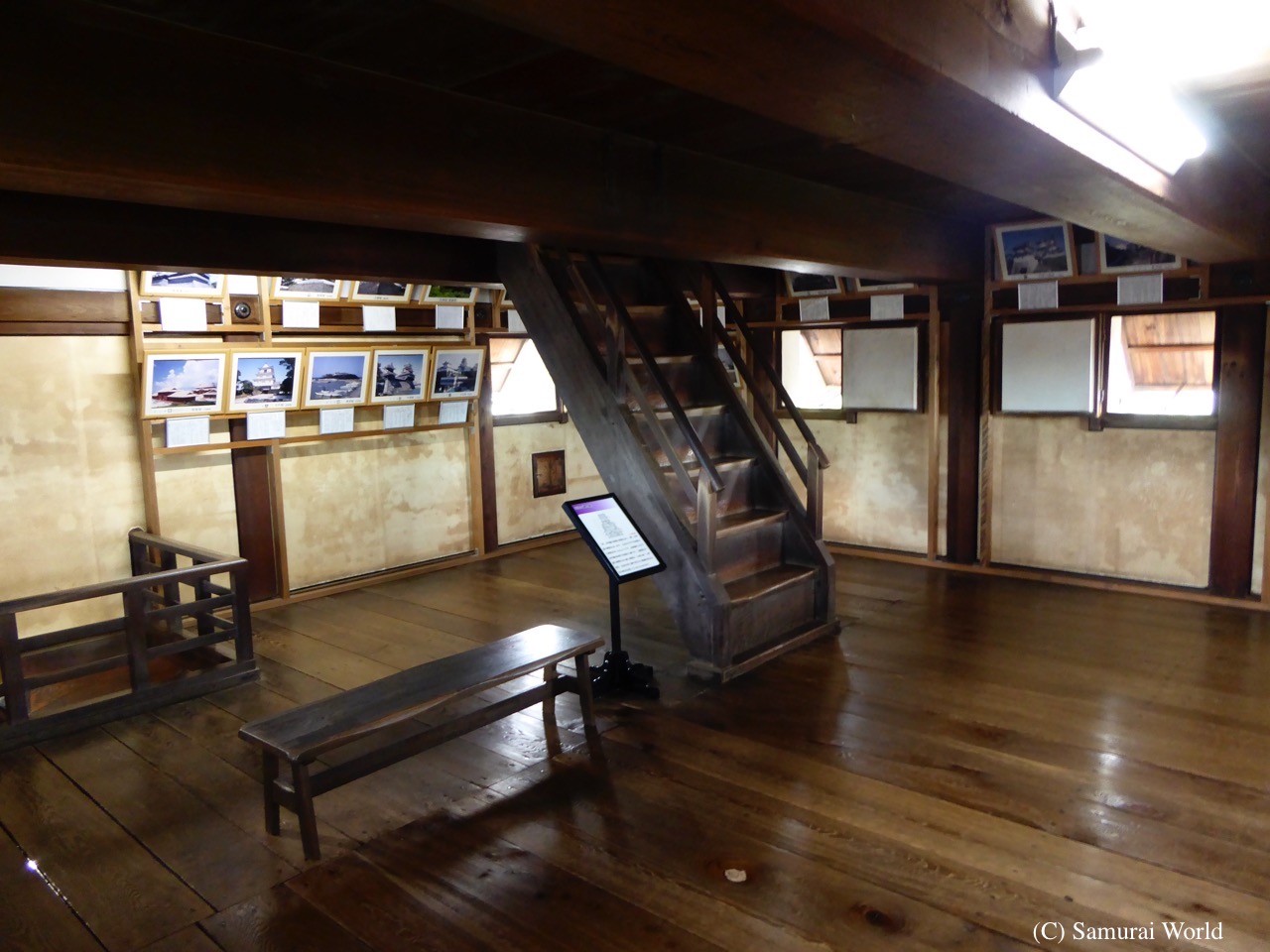 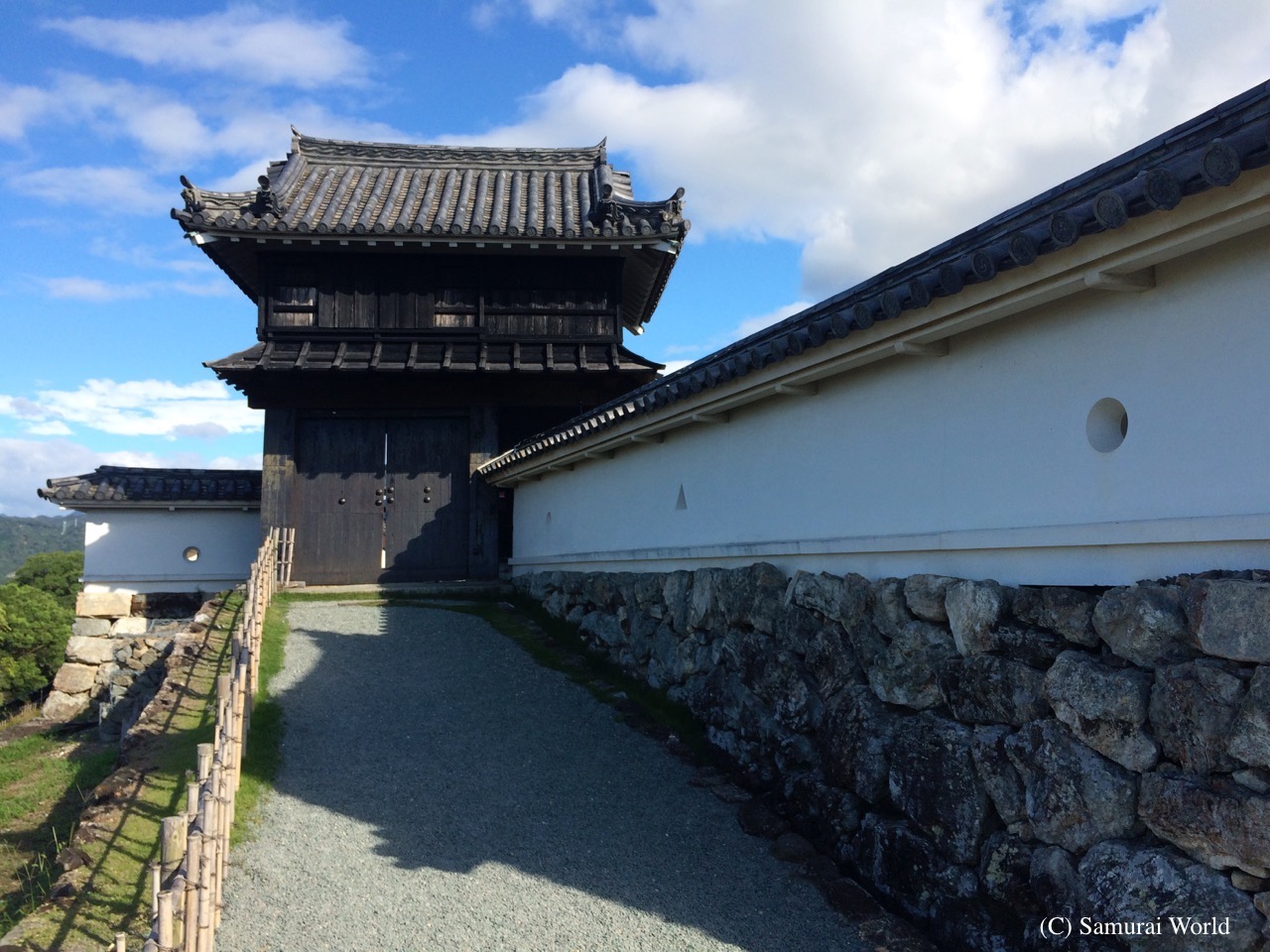 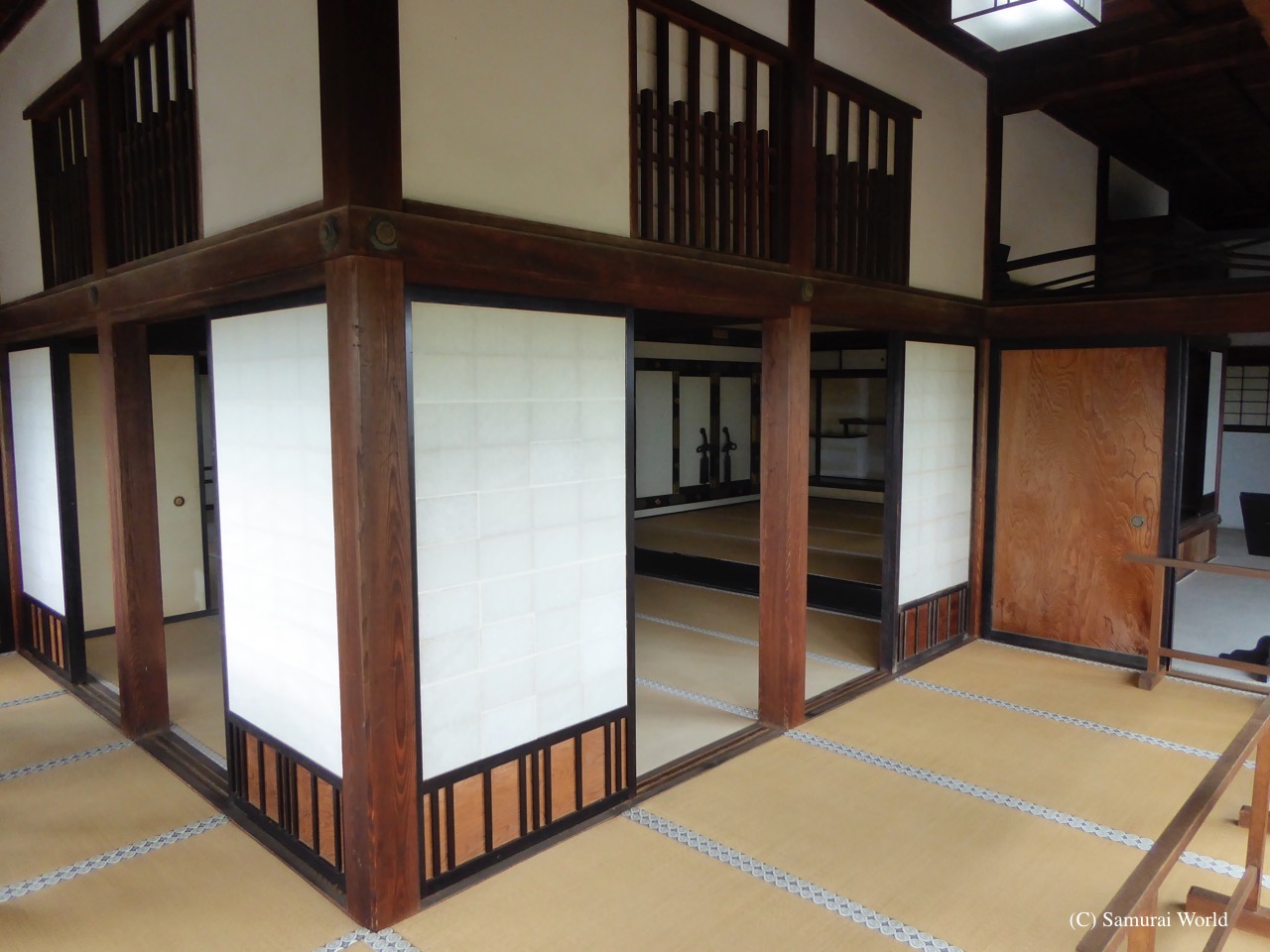 Inside the Kaitokukan Honmaru Palace 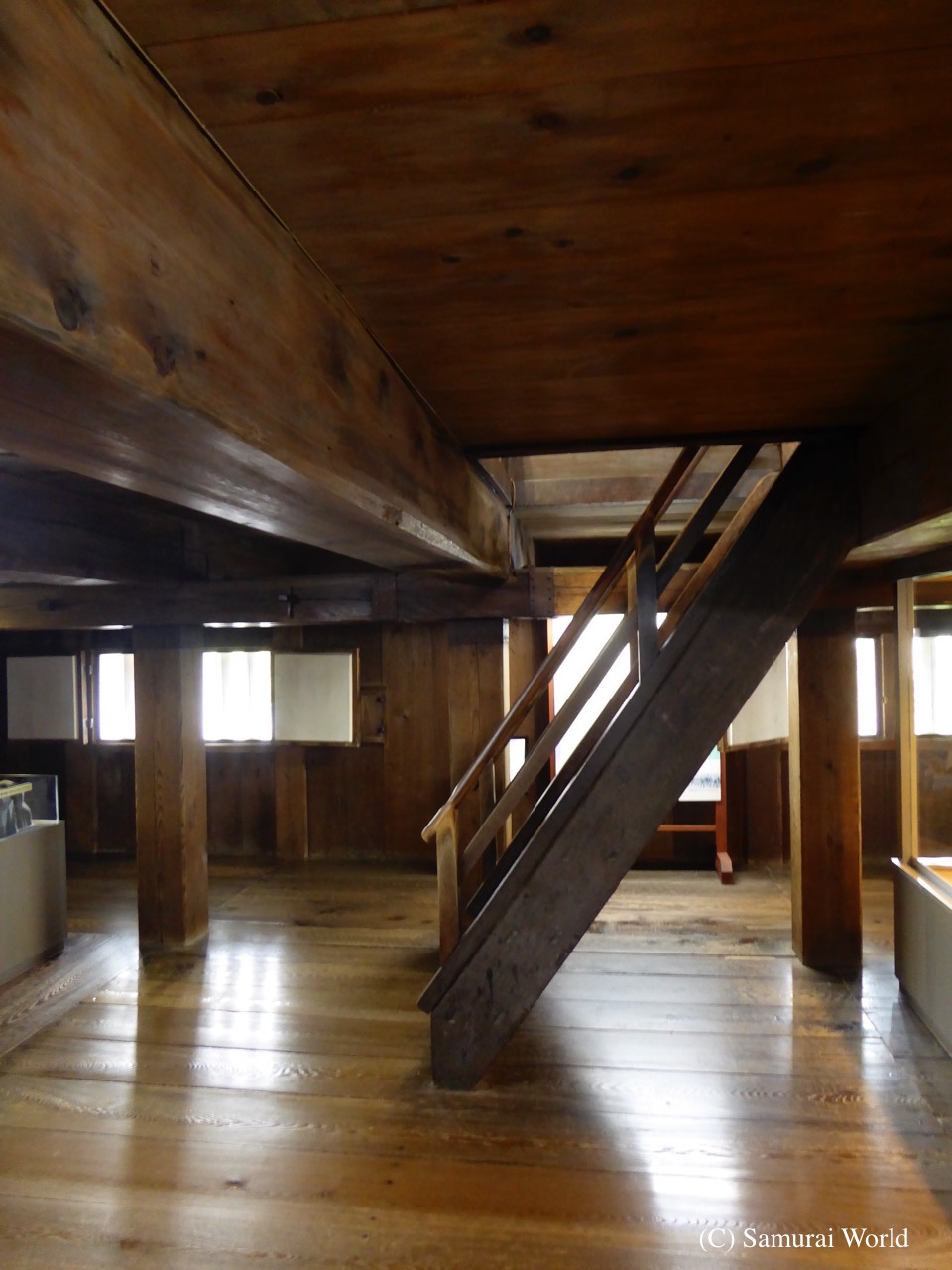 Polished timbers and steep stairs inside the keep 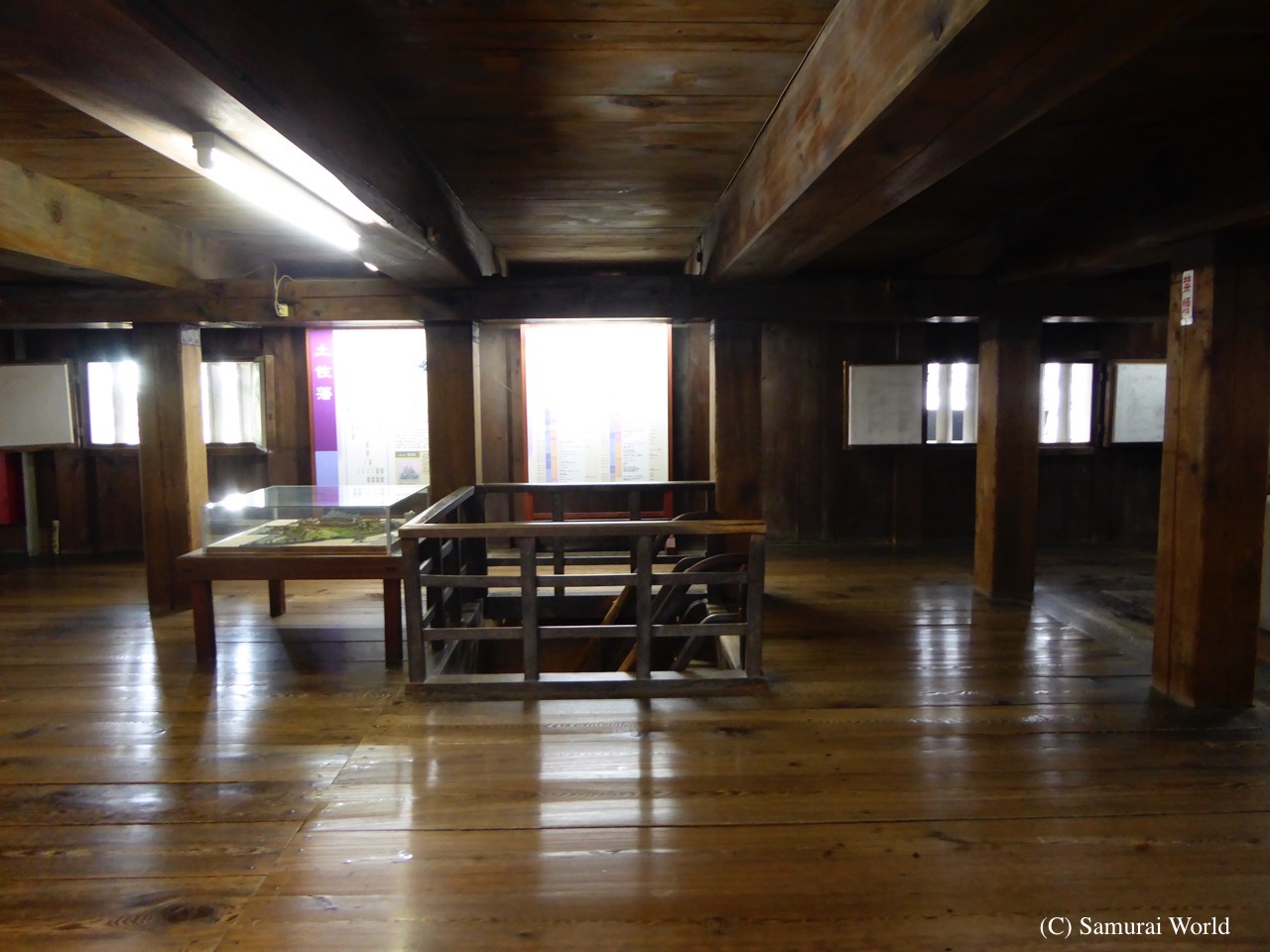 One of the few remaining castle keeps 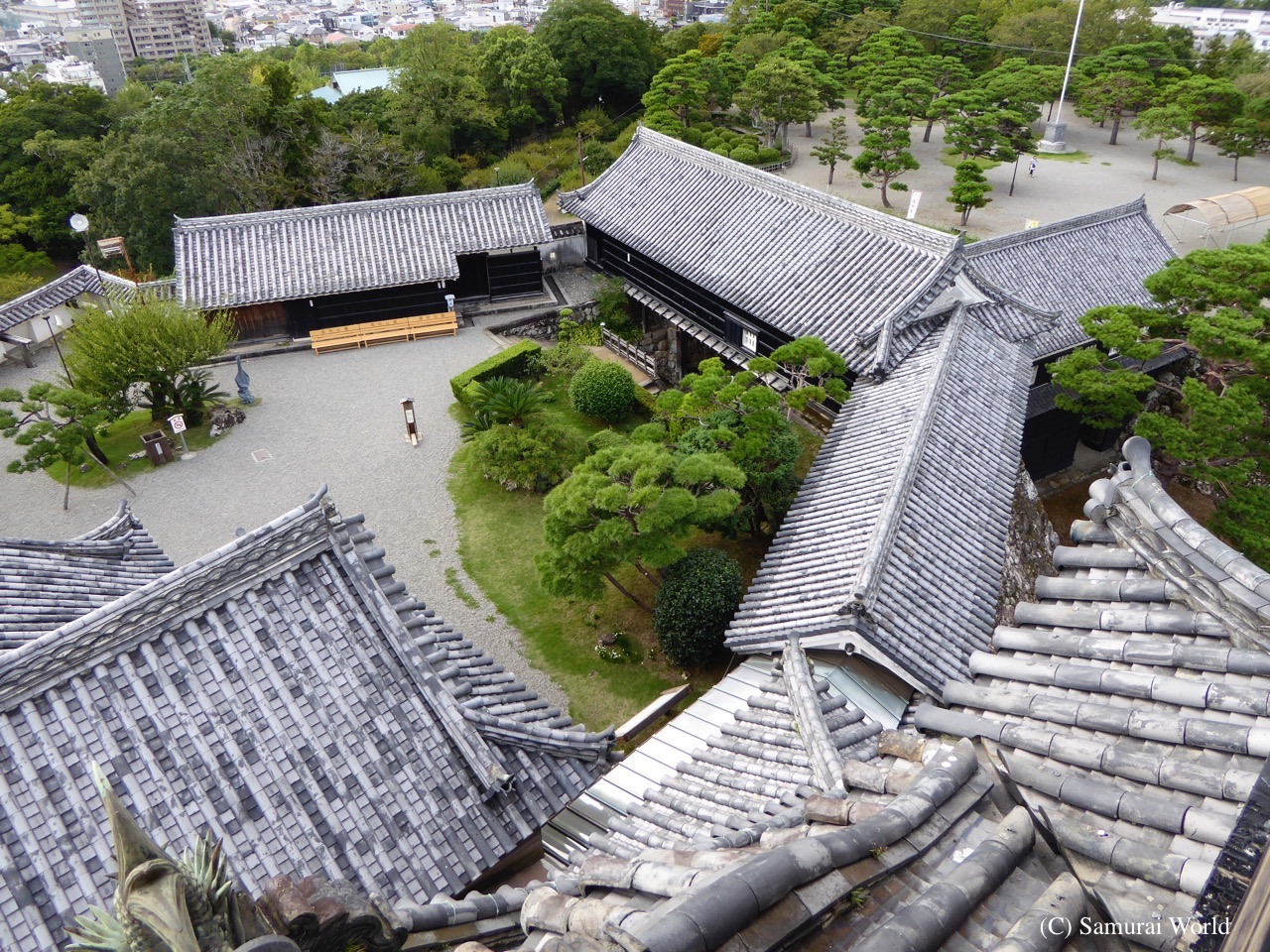 View from the keep overlooking the tamon yagura and gates