Minamoto no Sanetomo was the younger brother of the 2nd Kamakura Shogun, Yoriie, who’s power had been usurped by his maternal grandfather and later assassinated, leading to Sanetomo’s investment as Shogun. 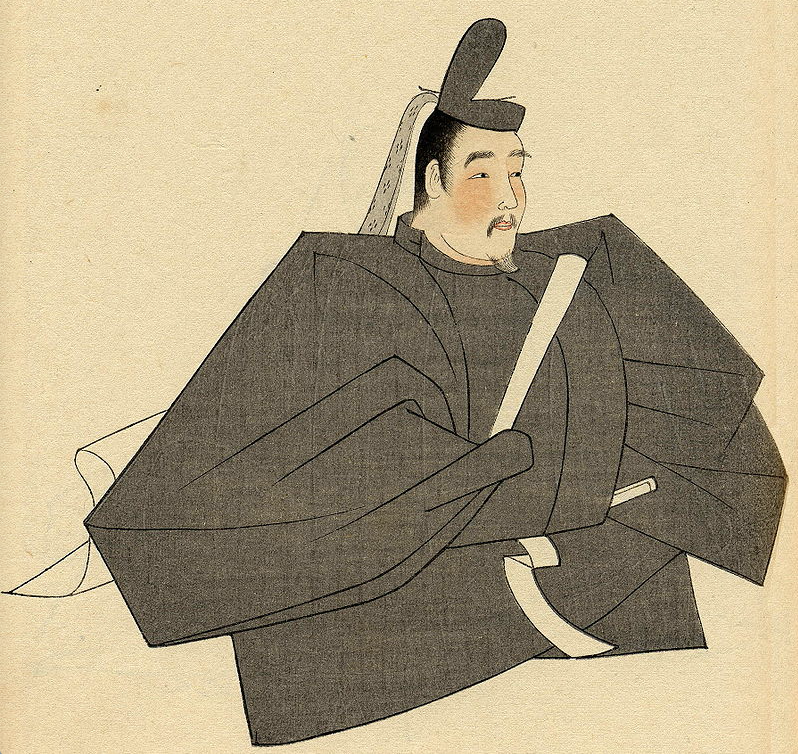 Born September 17, 1192, he was used as a pawn by his mother, and living in fear of his grandfather, (who attempted to dispose of him on three occasions) Minamoto no Sanetomo spent his time composing poetry, writing over 700 quality Waka poems. His powerless position, coupled with constant fears of assassination, led to his becoming a chronic alcoholic. 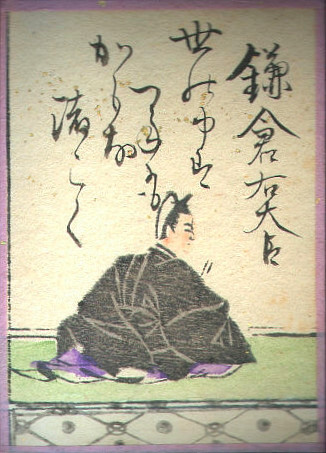 Sanetomo was assassinated at the age of 27 by his nephew and adopted son, Minamoto no Yoshinari, on the Great Stairway of the Tsurugaoka Hachiman Shrine in Kamakura, in 1219.

On a snowy 13th day of the Second month, the Buddhist New Year, Sanetomo had completed a ceremony regarding his recent nomination to the elevated position of Udaijin, or Minister. As he exited the shrine via the great stairway, Yoshinari emerged, striking the shogun’s head off and slaying the sword-bearer. It appears the sword bearer should have been future regent, Hojo Yoshitoki, however, feeling unwell, he had returned home earlier. His replacement was mistakenly slain instead. Escaping with Sanetomo’s head, Yoshinari penned a letter claiming to be the new shogun. His “reign” as shogun however, was short. Yoshinari was hunted down and executed hours later.