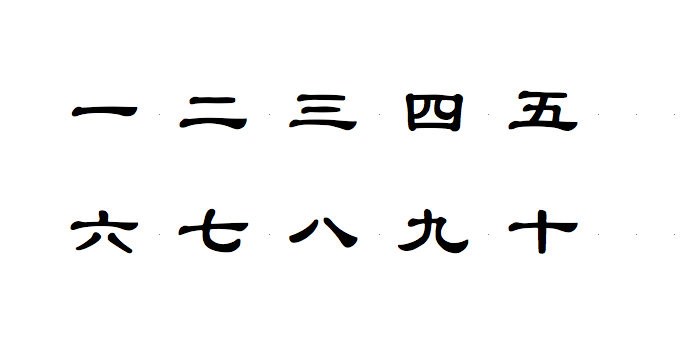 Traditionally, four was deemed unlucky because can be pronouncedshi,which is the same as the word for death.For that reason, often floors or rooms with four are absent in hospitals or hotels. Particularly hospital maternity sections, room number 43 is avoided because it can literally mean”stillbirth” (死産- shizan: 死- to die and 産- childbirth). Another example is, 43 + 4 = 47 shizan shi Shuraudo which means “stillbirth death shroud” (死産死被い). The number 49 is considered to be an especially unlucky number as it is evocative of the phrase “To suffer until death.” (「死ぬまで苦しむ。」“Shinu made kurushimu.”). In cars and racing, the number 42 which sounds like shini (死に– to die) and 49, which sounds like shiku(敷く– to run over) are commonly avoided. Gifts of items such as plates are normally in sets of three or five, never four.For that reason four is also read as “yon”

When pronounced as “shichi”, it sounds similar to the number 4, (四shi) and Chi (blood). Instead, seven is read Nana. Seven is considered a good number since seven symbolizes “Togetherness”.  However, the number seven is also considered an unlucky number due to the way it is written in kanji, 七which is similar to a way the samurai would commit seppuku (切腹) , in particular a type known as Memboku Seppuku, if he were wrongfully accused of something.

Eight is considered a lucky number because of its shape, （八）like that of Mt Fuji, or the stable angled walls of a Japanese castle. It also represents Sue—hiro-garu, “spreading out”and because it is nearly homophonous to the word “Prosperity” (繁栄han’ei).

Nine was considered a good number, when pronounced as Kyū, as it sounds like a word for Relief.  Nine was also the most auspicious number in Buddhism. But nine is also pronounced ku— with the same pronunciation as agony or torture. Combs (kushi) were rarely given as presents as the name is pronounced the same as 9 4 (Ku-shi), or “agonizing death”. For that reason, nine is also avoided, especially hospitals, due to the sound “ku” being associated with the word “to suffer” (「苦しむ」“kurushimu”).

Ten is considered a good number because it is pronounced Jū, which sounds like the word for “Enough” and “Replete”. It is also a homophone for the word “Ample” (十分なjūbun’na).

Incidentally, my car’s registration number is 634. Six can be read as Roku or Mu. Three is San, Mi, or Sa, while four is Shi or Yon.Therefore 634 becomes Mu Sa Shi,…my hero Musashi. Musashi wrote the Five Rings, however my car, an Audi, only has four rings,…