Juzu were rice rations rolled in cloth and worn by low ranking samurai.

During battle and on campaigns, ashigaru (foot soldiers) would often carry their rice rations with them, rolled in a long white cloth and tied at intervals for daily use. Three to four days’ worth was usually prepared. The pre-soaked rice would only have to be popped into hot water to be ready to eat at a moments notice. Known as “juzu”, these rationed rice packs were carried slung around the shoulder, and resembled the large, white Buddhist prayer beads, hence the name. Rice rations would be doled out every two to three days so as to discourage the practice of brewing the excess rice to make a simple “camp sake”. 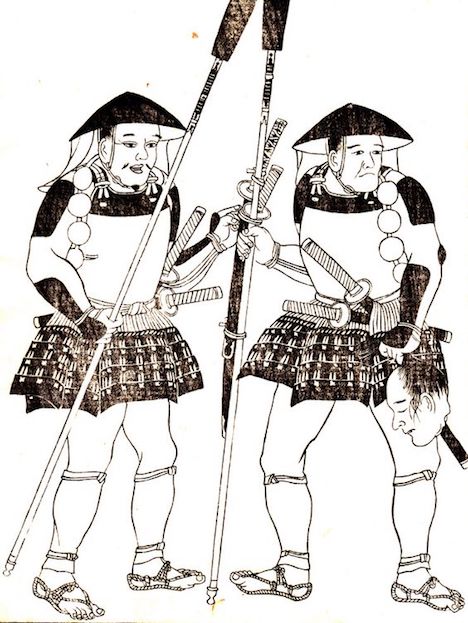 Ashigaru wearing juzu around their shoulders 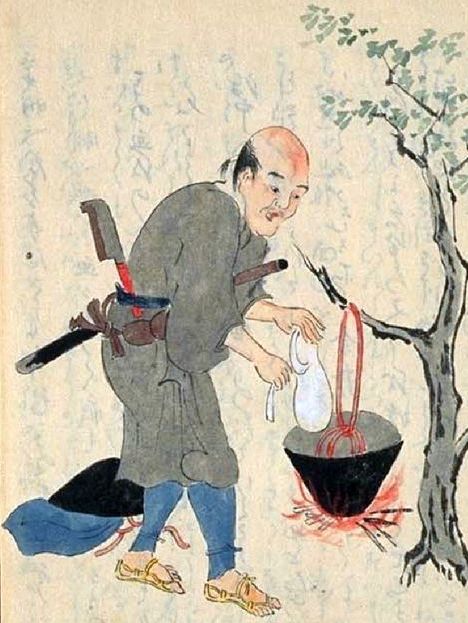