The horses ridden by the samurai were mostly sturdy Kisouma, native horses that resembled stocky ponies rather than modern-day thoroughbreds. They were stub faced, long haired, short legged, shaggy looking creatures, their backs averaging about 120 to 140cm in height. Samurai mounted their horses not from the left, like modern equestrians, but from the right side of their steeds. 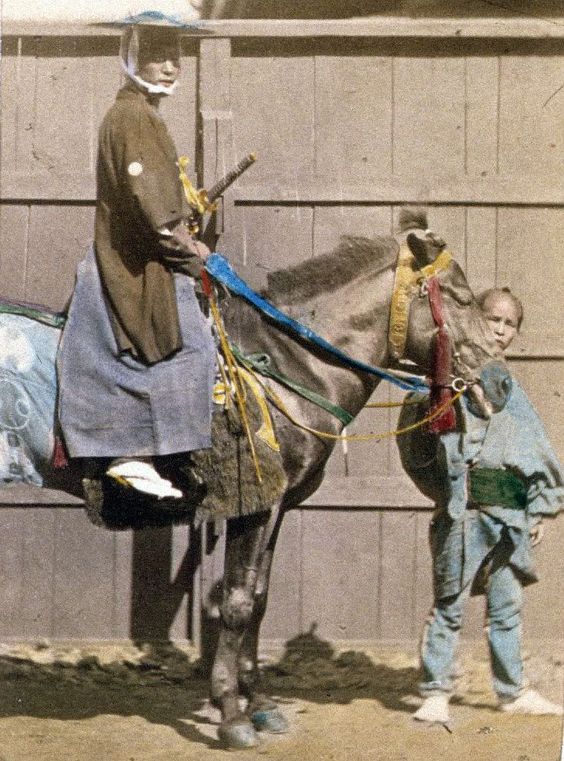 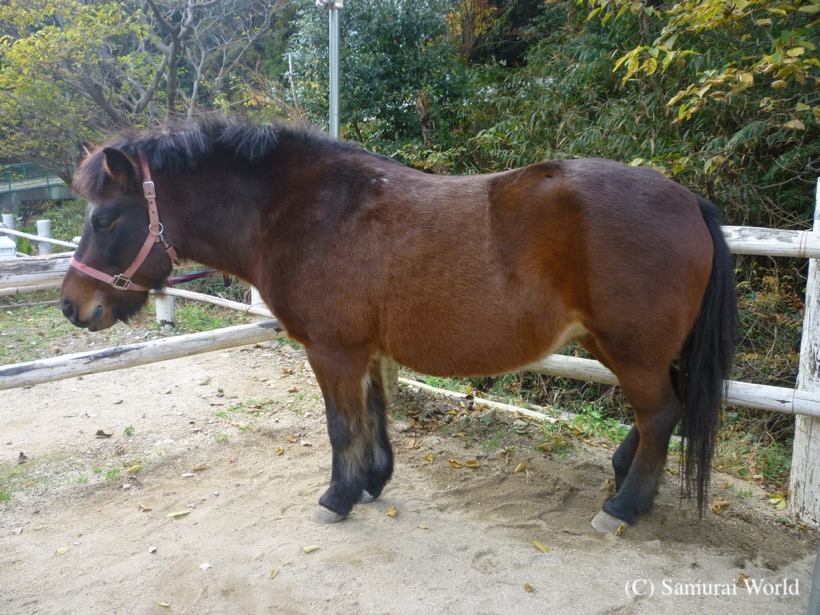 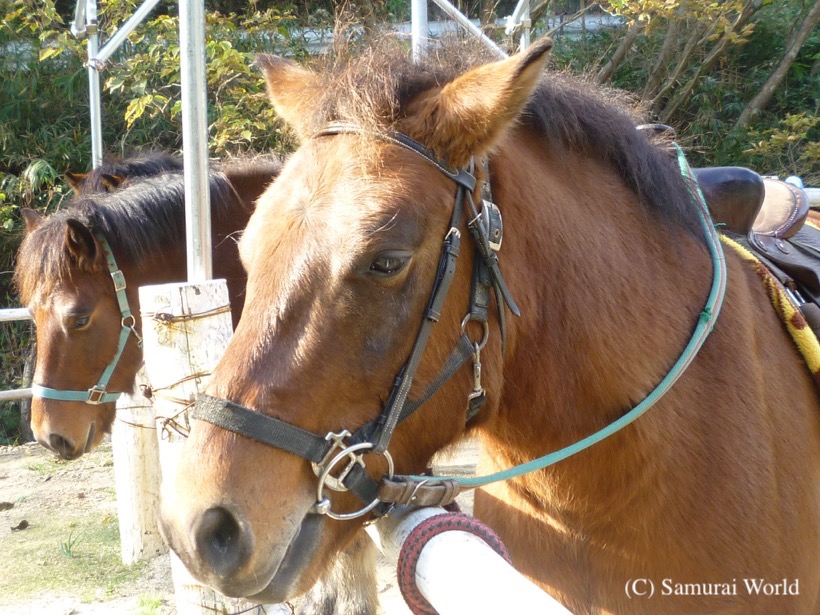 Kisouma at a breeding farm in Aichi Prefecture 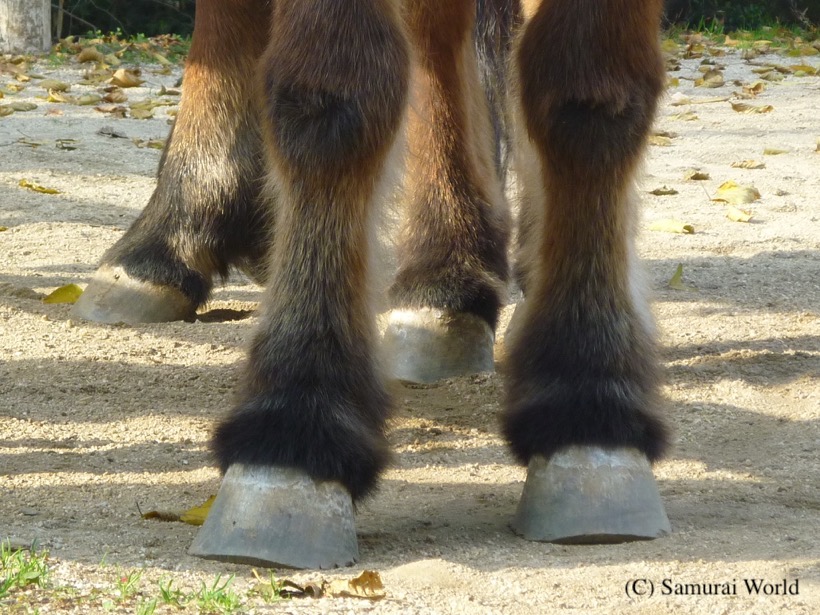 Despite their stature, Kisouma were fast and sure footed 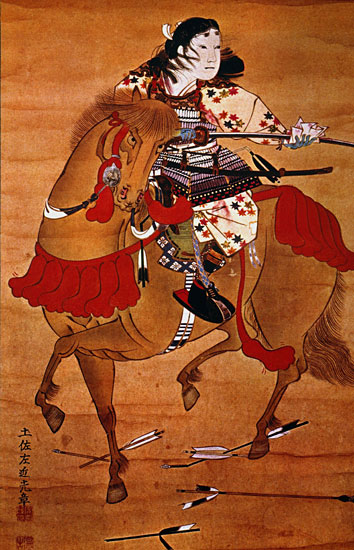 According to the records left by Portuguese missionary Luis Frois, “We Europeans fight from horseback, the Japanese ride their horses to the battle, dismount, and fight on foot.” Frois had only seen samurai from the Kansai (western Japan) regions fight. It was true, the Kansai samurai did dismount, then continue to fight on foot, however the Kanto (East and North Japan) samurai did in fact, fight from horseback.

Horse-mounted samurai often fought by charging their horses at their opponent, in some cases causing a collision that would unbalance or even injure the other’s steed. In many instances the horses were the first attacked in a charge rather than the mounted samurai, particularly when it came to a charge against a row of spear-wielding, bow, or matchlock armed troops. They would first shoot at or spear the horse, which would in turn bring down the warrior too. However, the value of horses also meant that whenever possible, they would be taken alive to enhance the stables of the victor.

Various techniques were developed for fighting against other horse-mounted samurai. There were a number of ways of attacking, using pole arms, swords, clubs, and even hand-to-hand methods. For sword fighting, such approaches included positioning oneself to the left side of one’s opponent. This was an obvious advantage when fighting on horseback, as it meant the average right-handed swordsman would be an easier kill, finding it more difficult to avoid and parry blows. Other charges against horsemen would include spear jousting practices not unlike the European knights, or grappling techniques almost akin to judo on horseback in an effort to pull the other from his horse.

The early Edo period bestselling book, Zohyo no Monogatari, a “survival guide” textbook written by ashigaru mentions the difference between the Kanto and Kansai samurai battle techniques, noting that, by that time, pre (late 1500’s) and early Edo (1600’s) , both sides had adopted horseback battle techniques. When faced by Kanto based warriors, the Kansai samurai were not sure how exactly to fight against a mounted opponent. This gave the Kanto samurai the psychological and military advantage, as they quickly approached the enemy, and cut them down before any defensive or counter attack could be performed.

Recent tests were conducted by NHK on the short-legged, heavy-set, shaggy-haired native Kisouma, compared with a modern bred horse and found that the pony-like Kisouma was faster and more agile than expected. Carrying a 62kg rider in full armor and weapons, traditional Abumi stirrups and Kura (saddle) making 92kg in all, and using a purebred Kisouma, the type used by the samurai, they discovered that the horse could gallop 100m in 12.03 seconds, a fraction faster than a modern bred Sawago horse, which managed 12.07 seconds. In the Figure 8 test, the smaller native horse was found to be more agile, and able to make a tighter turning circle. 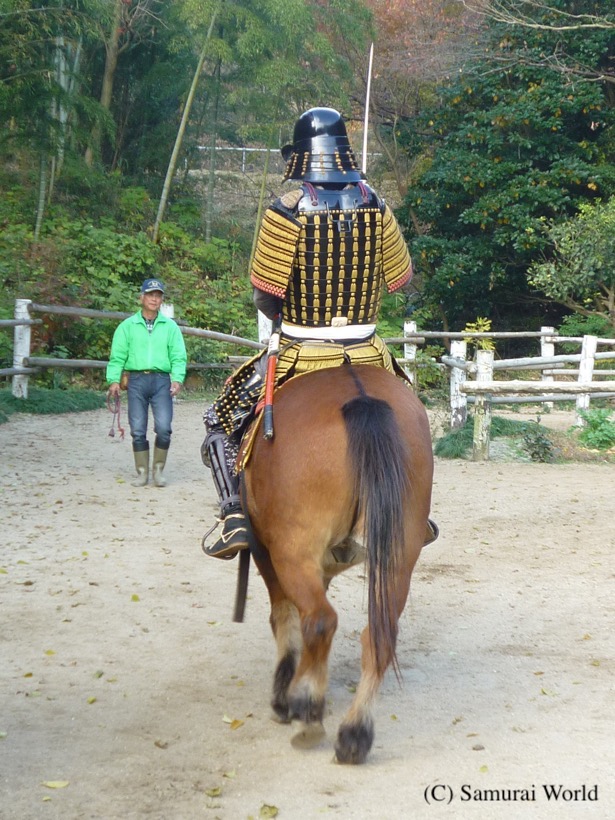 Incidentally, there are only about 120 pure Kisouma remaining in Japan. The strong, sturdy animals were used by Japan’s military in the 1930’s and 40’s, and many of the animals were left behind in Korea and China upon the end of the war.