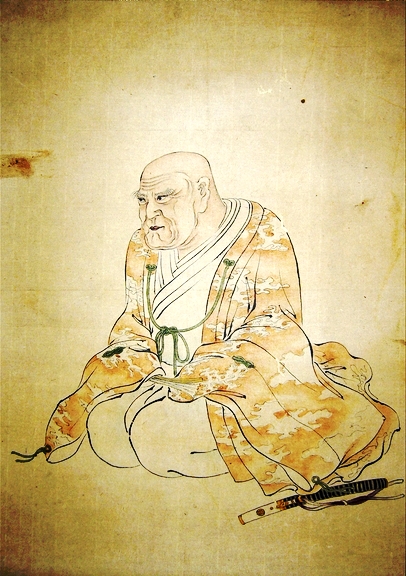 Toyama Kagemoto was an official of the Edo Bakufu, and a Hatamoto ranked samurai serving the Tokugawa clan. He is best remembered as the character in the TV series, Toyama no Kin-San.

If you’ve ever watched Japanese TV, you may well have seen the period drama, portraying a samurai official who goes incognito during the days as a low ranking warrior, only to solve crimes, help the commoners of Edo, and fight each programs’ villains. Towards the end of the show, during the obligatory fight scenes, Kin San slips off the top of his kimono to reveal his cherry-blossom-crested tattooed shoulders. The fight then continues until the villains are mostly subdued and the constabulary arrive in time to arrest them, while Kin San, as he is known, slips away. Later when the guilty parties are brought before the now properly coiffured and attired  magistrate, naturally they lie and blame the underdog, or even the mysterious character known as “Kin San”. All is finally revealed when the magistrate slips off his upper robes to show all and sundry his tattoos. Yes, the low ranked samurai was really the magistrate all along! The TV series itself was loosely based on the popular Kabuki and Kodan storytelling entertainments.