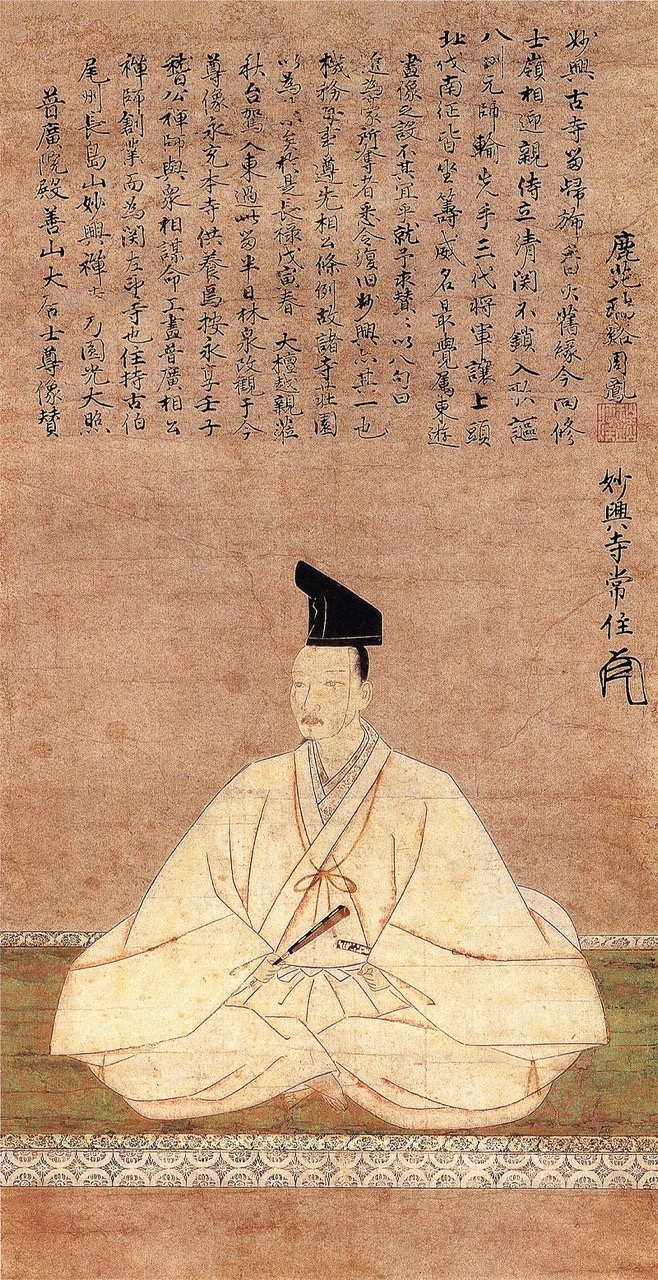 Ashikaga Yoshinori was the son of the Third Shogun, Ashikaga Yoshimitsu. Yoshinori was invested with the title of the sixth Shogun on the day of his predecessor, Yoshimochi’s death through a lottery-like system where the names of a number of potential successors names were entered, with Divine Intervention assisting in choosing the new Shogun.

Despite Yoshinori’s training to become a Buddhist priest prior to being chosen as Shogun, he was prone to unpredictable inclinations and overly dictatorial methods. His 12-year reign saw the restoration of diplomatic ties and trade between Japan and China that had been the fourth Shogun, Yoshimochi’s undertaking.

In 1439, Yoshinori defeated the violent and wild Kanto Kubo, Deputy Shogun of Kamakura, Ashikaga Mochiuji, forcing him to commit seppuku rather than be captured. While the death of Mochiuji was seen as justified by many, the battle in Kamakura lead to resentment from Yoshinori’s general, Akamatsu Mitsusuke.

On the night of his 48th birthday, July 12, 1441, Shogun Yoshinori was invited to a banquet and Noh play at the residence of Akamatsu Mitsusuke.

Akamatsu had discovered an apparent plot to deprive him of three of his provinces, which Yoshinori had promised to his young male courter. During the play, when Yoshinori had been sufficiently wined and dined, Akamatsu and his men made their attack. In the middle of the play, the mansions’ gates were closed. Realising something was amiss, the under guarded Shogun yelled “What is going on?” to which his brother-in-law, sitting alongside shouted, “Let in the thunder!” This was the cue for the armor clad warrior Asaka Yukihide to burst into the chamber and cut down the Shogun, taking his head. Akamatsu’s other armored samurai, hiding in the wings then emerged to cut down the rest of Yoshinori’s entourage.

Akamatsu was attacked by the Hosokawa and Yamana clans shortly after, and forced to commit seppuku for his actions. Yoshinori’s eight-year-old son would be elevated to his father’s position, but from the time of this seventh Shogun, the Ashikaga’s rule would be slowly eroded away.