The Shinokosho, or four divisions of society, composed of the Shi, being the warrior caste, the No, or farming peasants, Ko being craftsmen and artisans, and Sho being the merchant class. 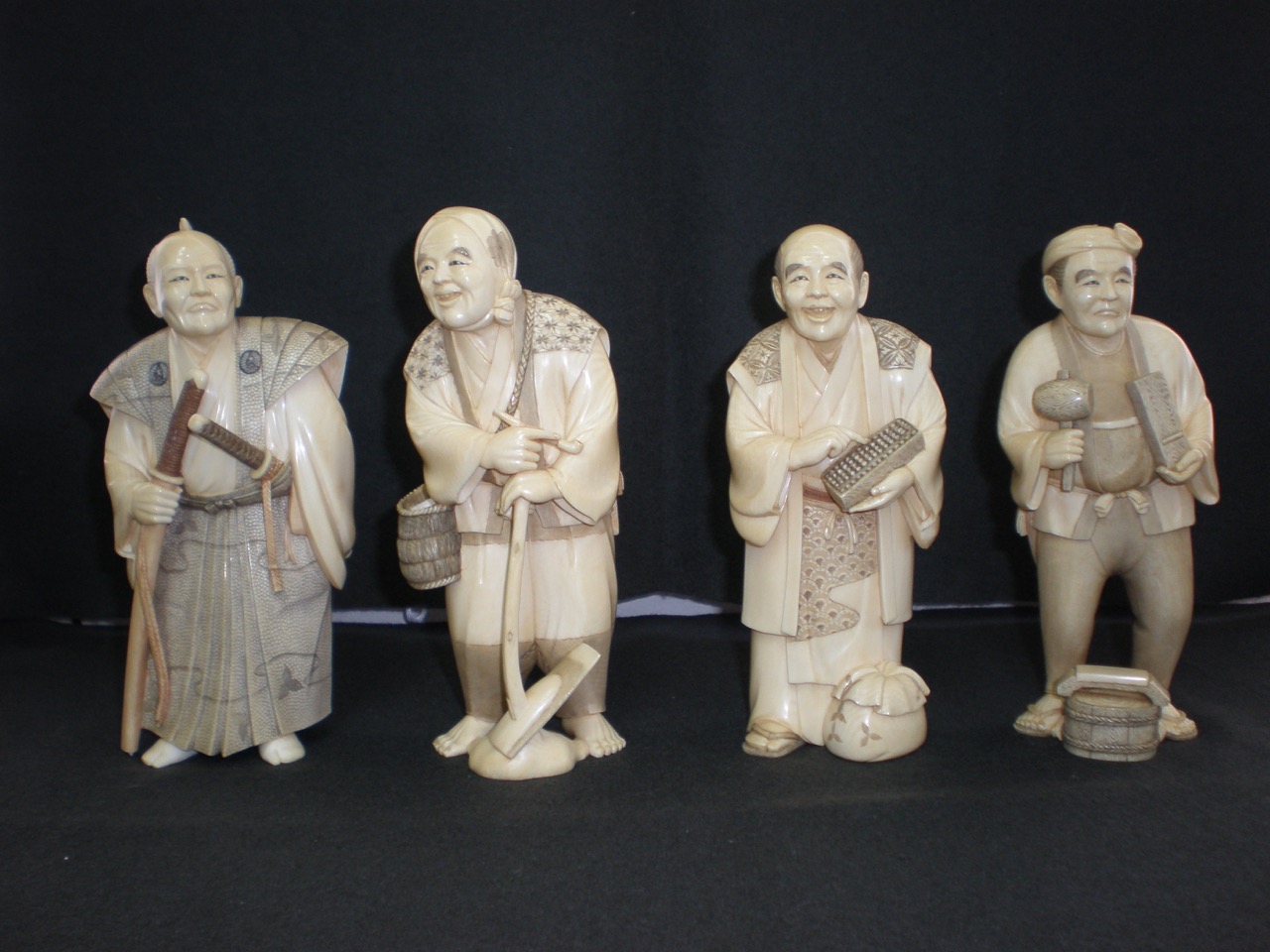 The classes were not set by wealth or capital, but by Confucian standards and moral purity. Although the Imperial family members, the Kuge, (aristocratic nobility) Shinto and Buddhist priests, and the outcasts, including the Eta, Burakumin and Hinin were not classified within this set of four. These classes of society were decisive in outlining their privileges, rights, restrictions and responsibilities that worked to stabilise Edo period society.

Despite being the minority, the order was established with the samurai at the top, enforcing their status as rulers, while at the same time placing emphasis on them to practice restraint as they were to set an example for those below them. The farmers were placed second because of their importance in providing the essential foods that sustained society. Craftsmen and artisans were ranked third as they produced goods and items necessary for daily life. Below them were those who made money on the efforts of others, the merchant class, who sold the foods and goods produced by the farmers and craftsmen.