Hamamatsu Castle in Hamamatsu City, Shizuoka Prefecture was originally called Hikuma Castle, or Shusse jo（Castle of Success) and was built by Imagawa Sadatsuke around 1532 on a small hill. With the fall of the Imagawa clan after defeat by Oda Nobunaga at Okehazama in 1560, the Imagawa lands were divided by Tokugawa Ieyasu, and Takeda Shingen. The then 29 -year-old Ieyasu took control of the fortress, and relocated his main force to Hamamatsu from Okazaki in 1570, and spent the next 17 years at Hamamatsu. The castle was strengthened and enlarged under Ieyasu, and became a Teikakushi-styled layout, with the San-no-Maru enveloping two sides of the Ni-no-maru, which in turn protected the flanks of the inner Hon-No-Maru, and covering 600m east to west, and 650m north to south. The south facing main gate faced the all-important Tokaido Route. 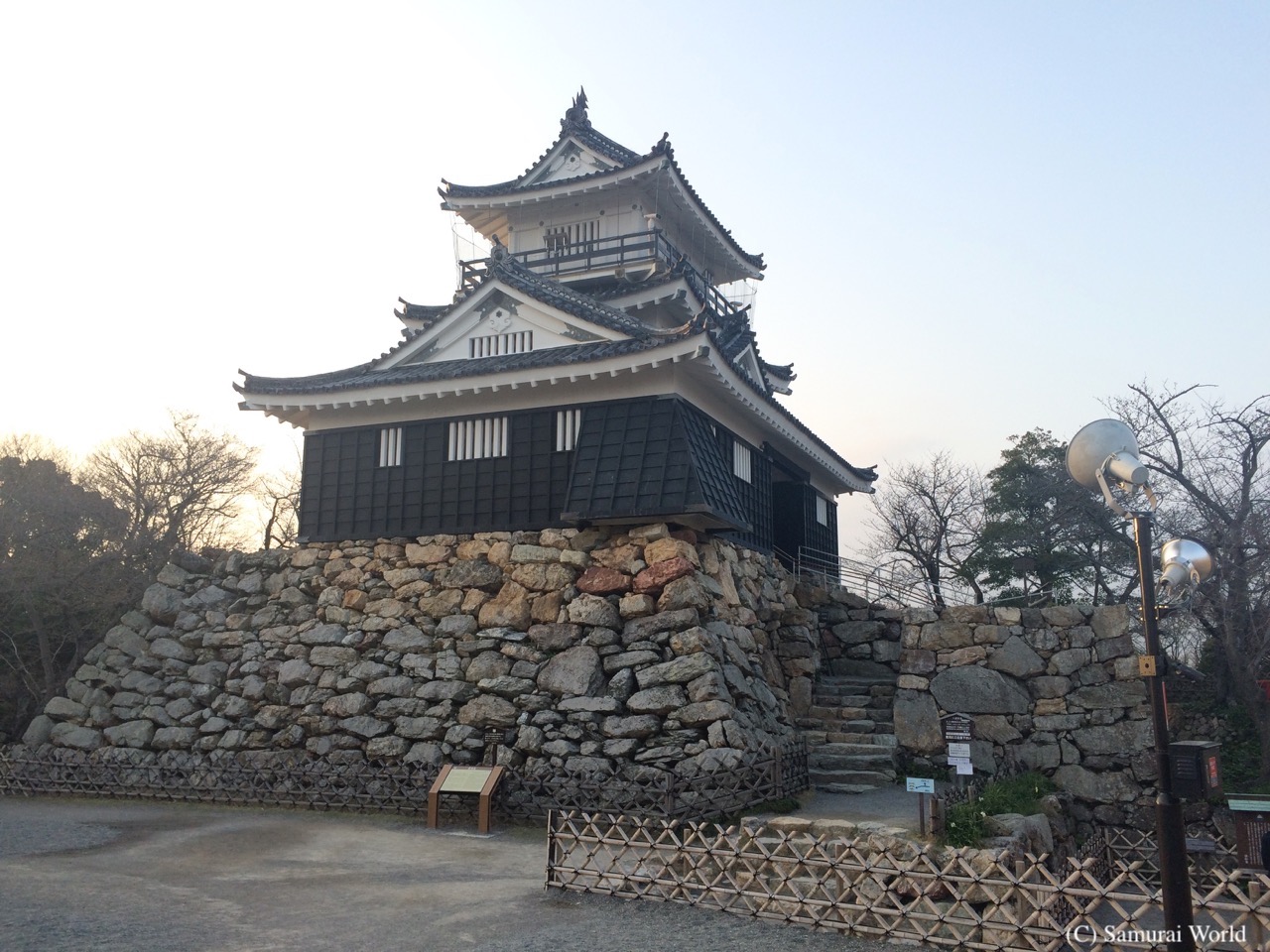 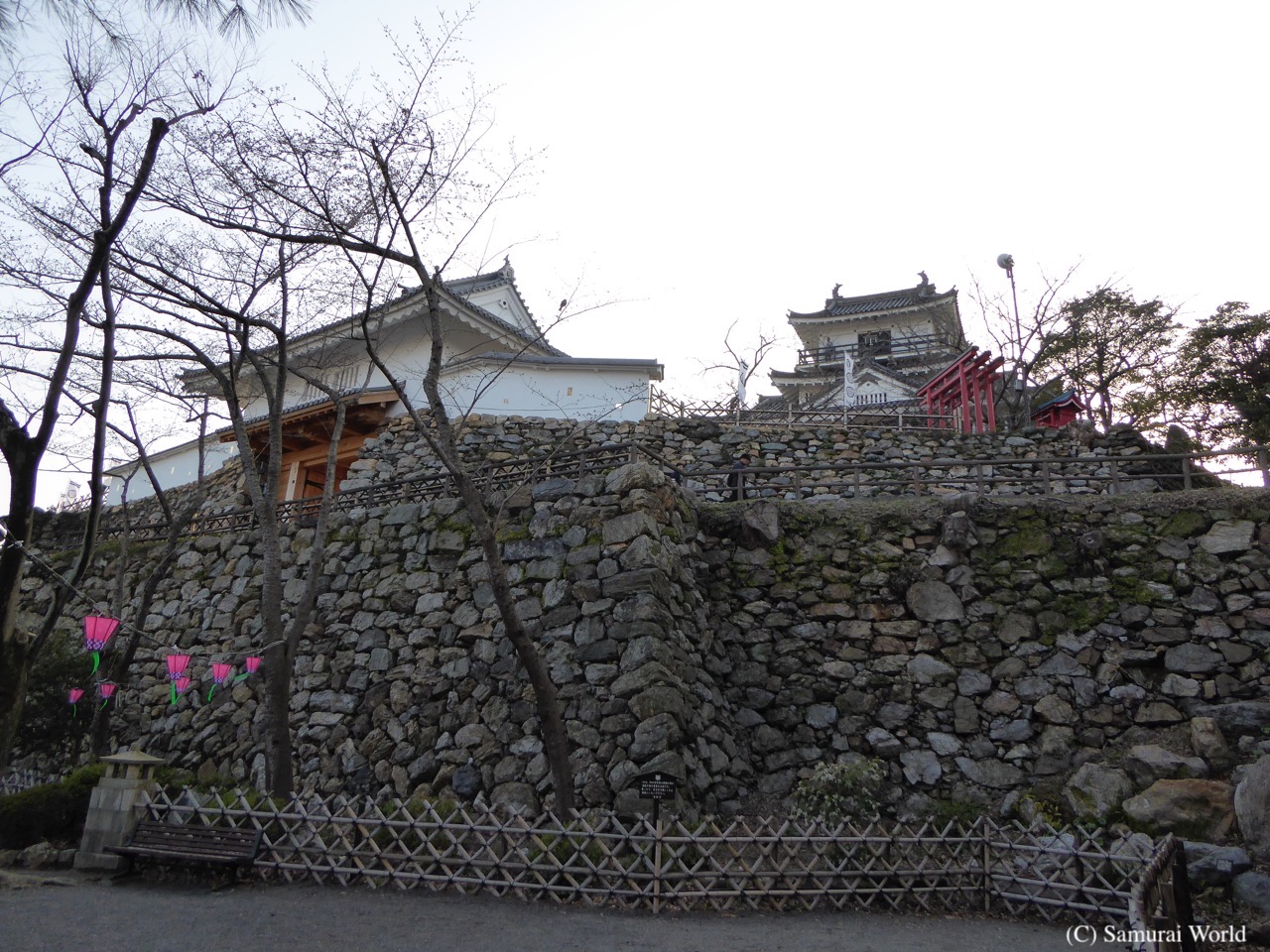 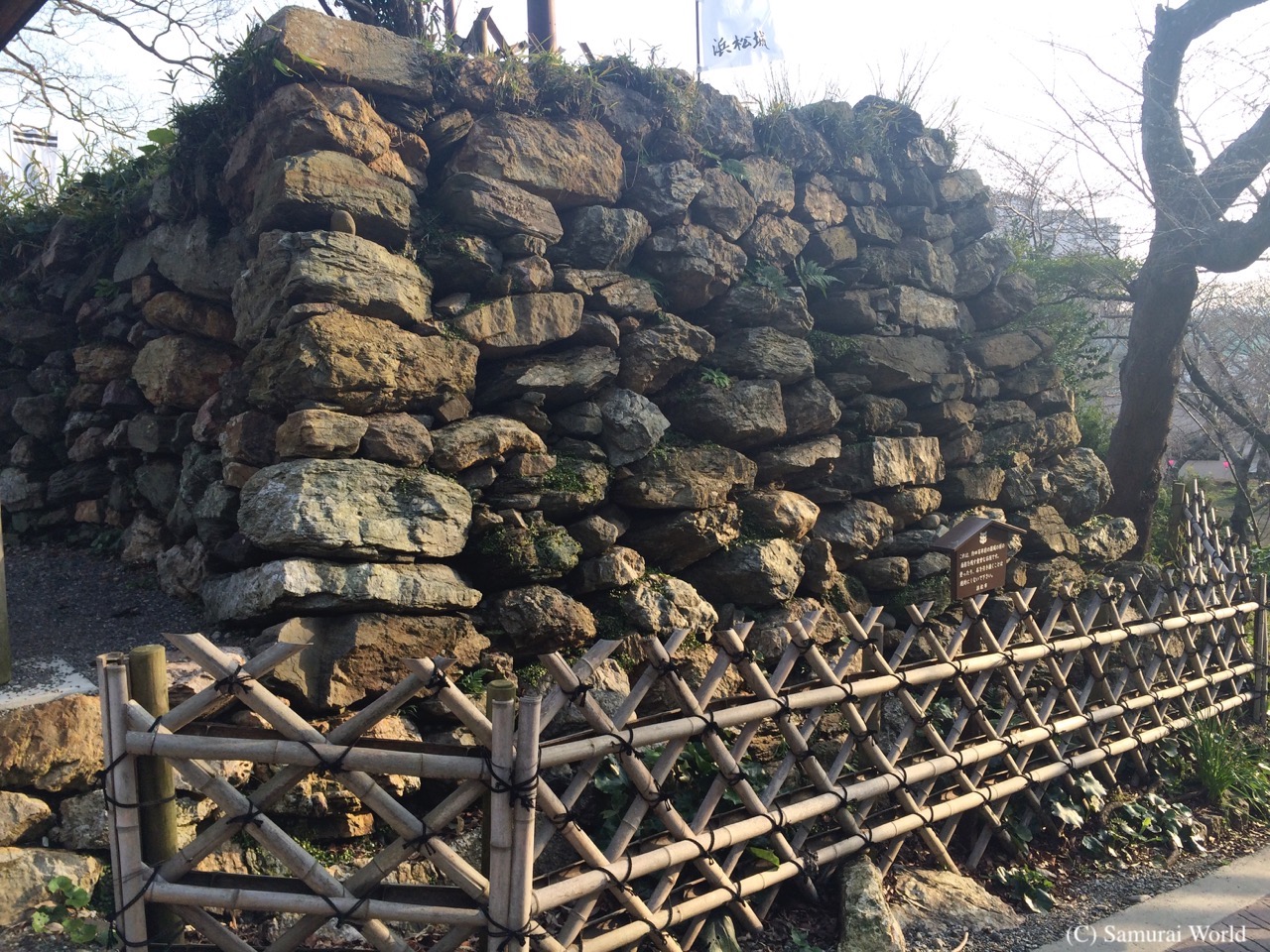 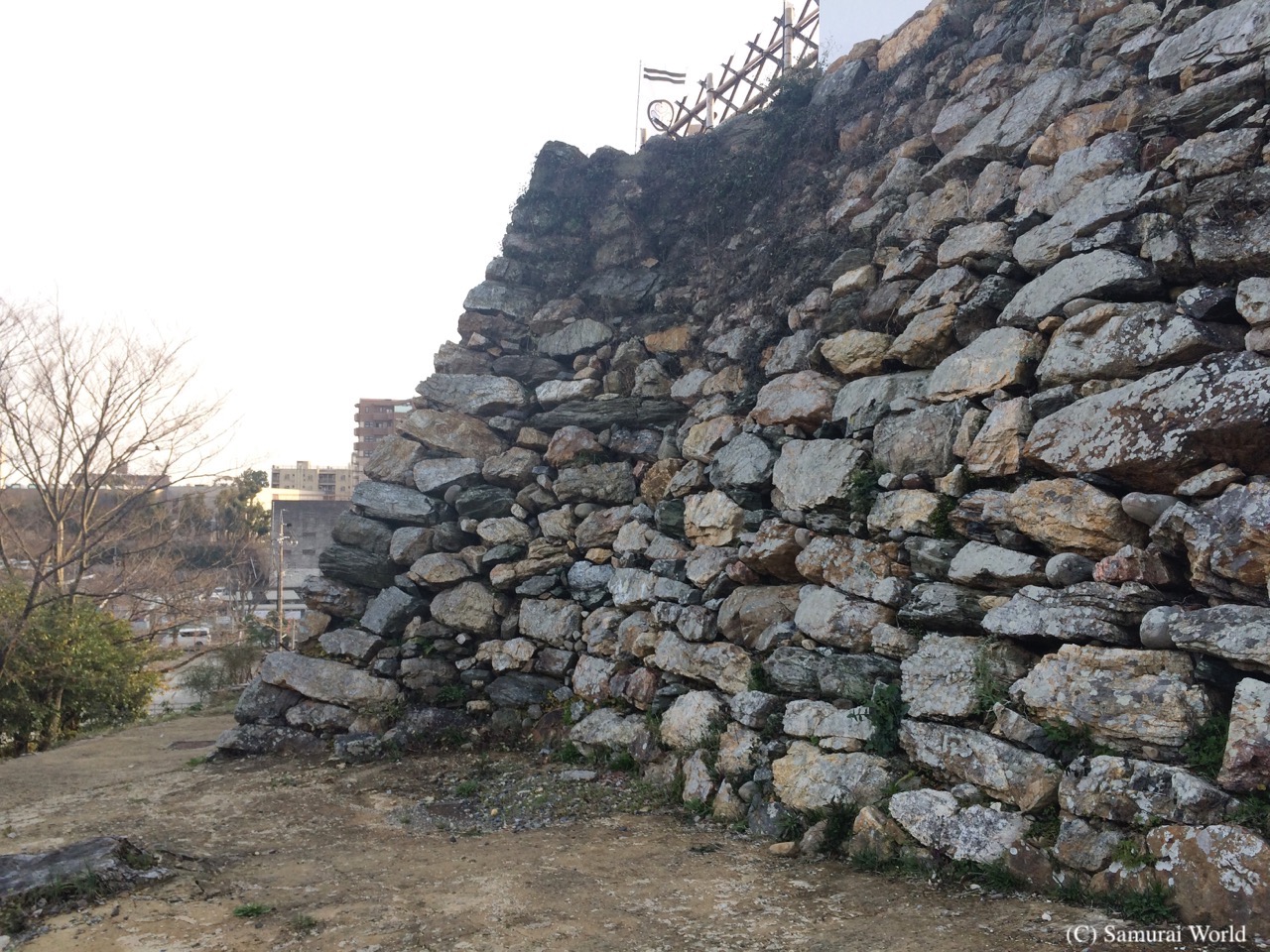 The walls are nozura-zumi styled construction

The story is well known that following his near defeat at the Battle of Mikatagahara in 1572, Ieyasu returned to Hamamatsu Castle, and leaving the main gates wide open, lit all the brazier fires, lighting up the undermanned fortress to guide the retreating samurai home, and had a war drum sound off in the cold January night.

When Takeda Shingen’s army approached, and saw the gates wide open, the fires lit and heard the beat of the war drum, he expected a trap, and so he refrained from entering the castle, saving Ieyasu and the Tokugawa from destruction. The nearby Battlefield of Mikatagahara is now a graveyard, and modern day housing. The only real monument is difficult to find, being at the north end of the graveyards’ carpark.

Ieyasu renamed the castle Hamamatsu in 1577. Another name by which the castle has been known is the “Castle of Success” as many of the lords of the castle went on to greater success. Ieyasu, naturally becoming Shogun. Hamamatsu Castle was entrusted to Horio Yoshiharu in 1586 when Ieyasu transferred to Sumpu Castle, and later Yoshiharu’s son, Tadauji. Following the Battle of Sekigahara, it was governed by the Matsudaira (Sakurai) clan, the Mizuno, Koriki, Matsudaira (Ogyu) clan, the Ota, Aoyama, Matsudaira (Honjo) clan, Matsudaira (Okochi) clan, back to the Matsudaira Honjo, before going to the Inoue, Mizuno and back to the Inoue clan again. A total of 12 changes of lords during the Edo period alone.

Hamamatsu Castle was dismantled, the moats were filled in, and the inner Honmaru areas were made into a city park. The surrounding areas were sold off in the Meiji Period.

In 1958, the 3-story Tenshu with a top-floor lookout observatory was reconstructed in concrete atop the Nozura-zumi made tenshu-dai. That Tenshu-dai, and the surrounding ishigaki are original parts of the castle, and important, because although the stones are rough, they are well fitted in place, can withstand earthquakes, and allow good drainage. Nozura-zumi ishigaki indicate Sengoku period construction. The masters didn’t waste time and money on making the walls smooth and well fitted, they threw them together to reflect the state of war at the time. What’s more, the stones are laid in the Gobo Zumi style, meaning the largest face of rock is facing inwards, into the embankment quite a way, so what you see are not the main face of the rock, but just the ends of the longish stones set into the earthen base, making for a disorderly looking, but strong, very thick wall. The ishigaki of Hamamatsu Castle are one of the main attractions. 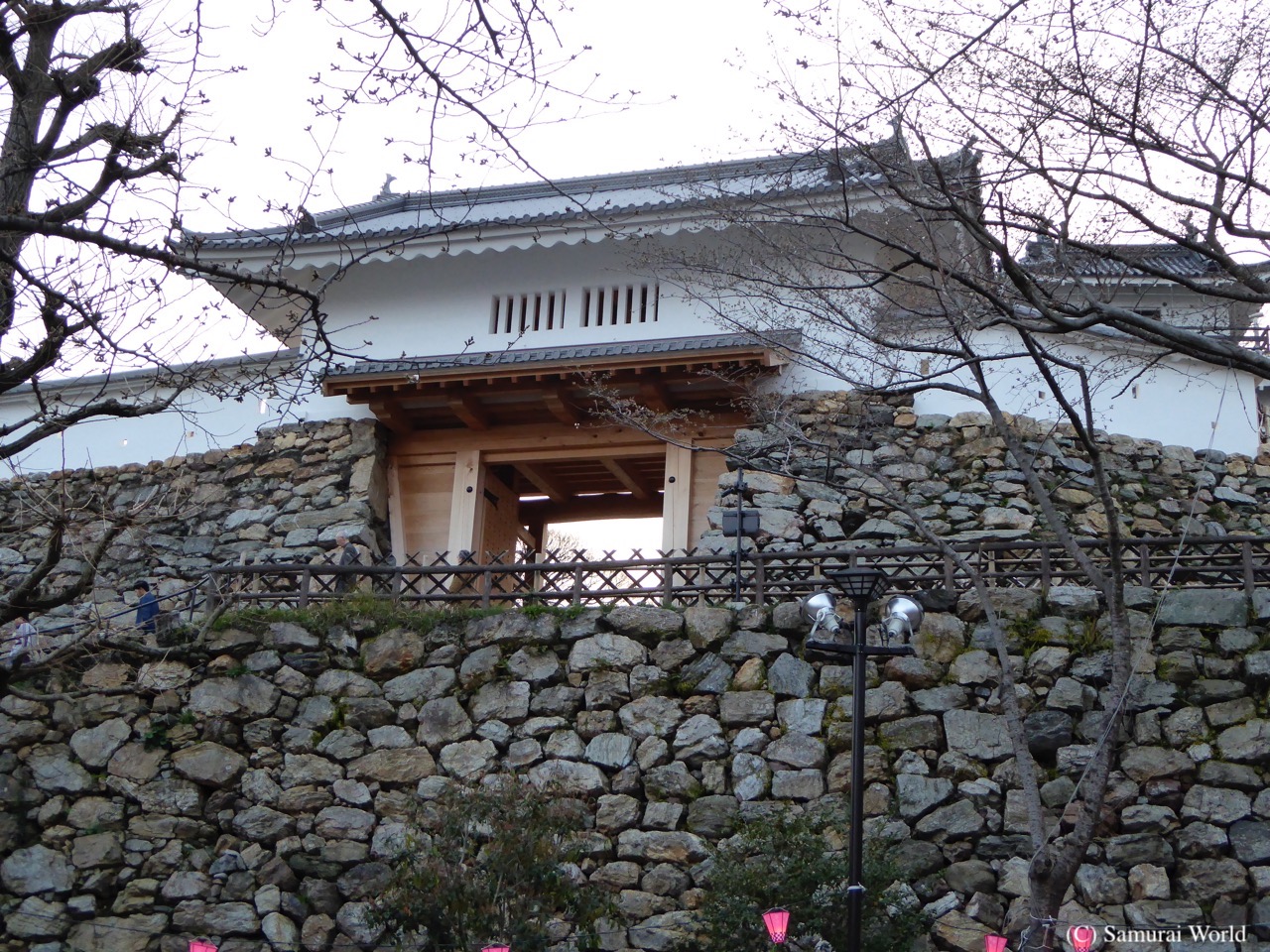 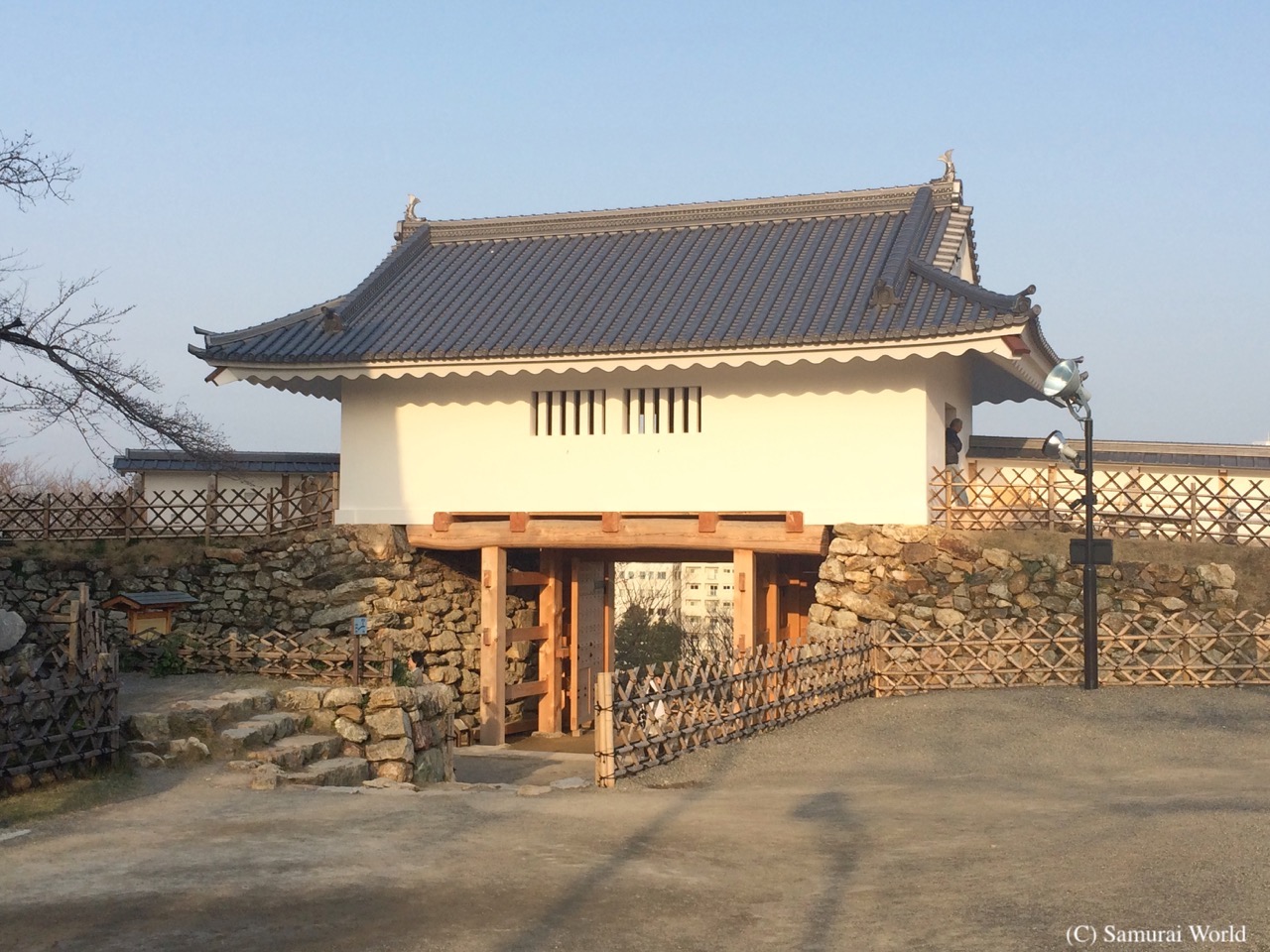 Inside of the Tenshu-mon gate

Hamamatsu Castle’s remaining 10.28 hectare grounds, ishigaki stone walls, and the shape of the layout, (the Nawabari) are excellent examples of a large Sengoku period castle. The reconstructed Tenshu keep has a georama of the former castle’s layout, a small museum, housing armour and weapons, and Tokugawa related artifacts. However, it appears from recent research that there never was a tenshu type-keep at Hamamatsu, but a large 2-storey Yagura in the Ni-no-Maru acted as the keep. Recently, the castle’s Tenshu-mon, has been re-built in the traditional manner, and greatly adds to the atmosphere of Hamamatsu Castle. 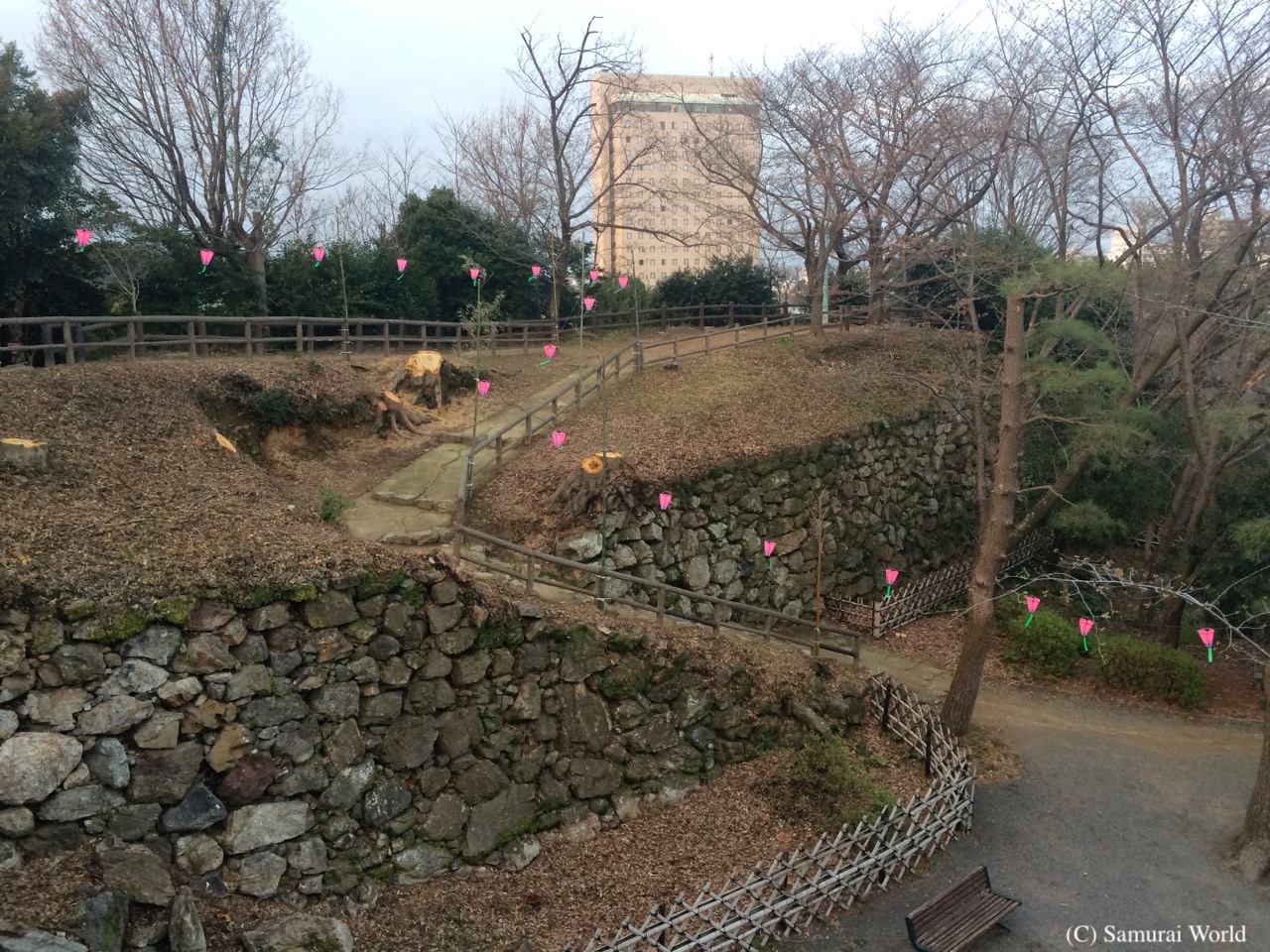 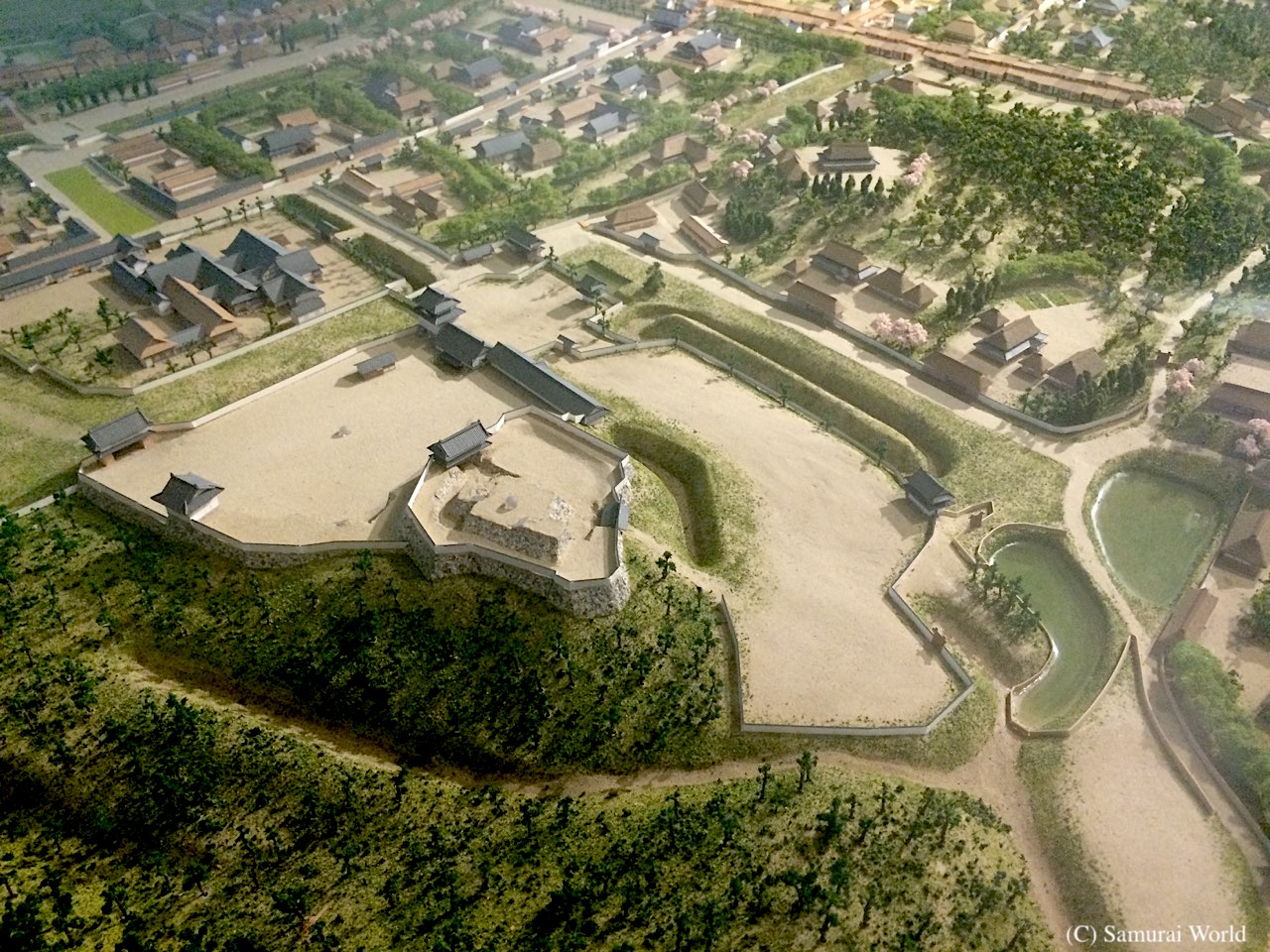 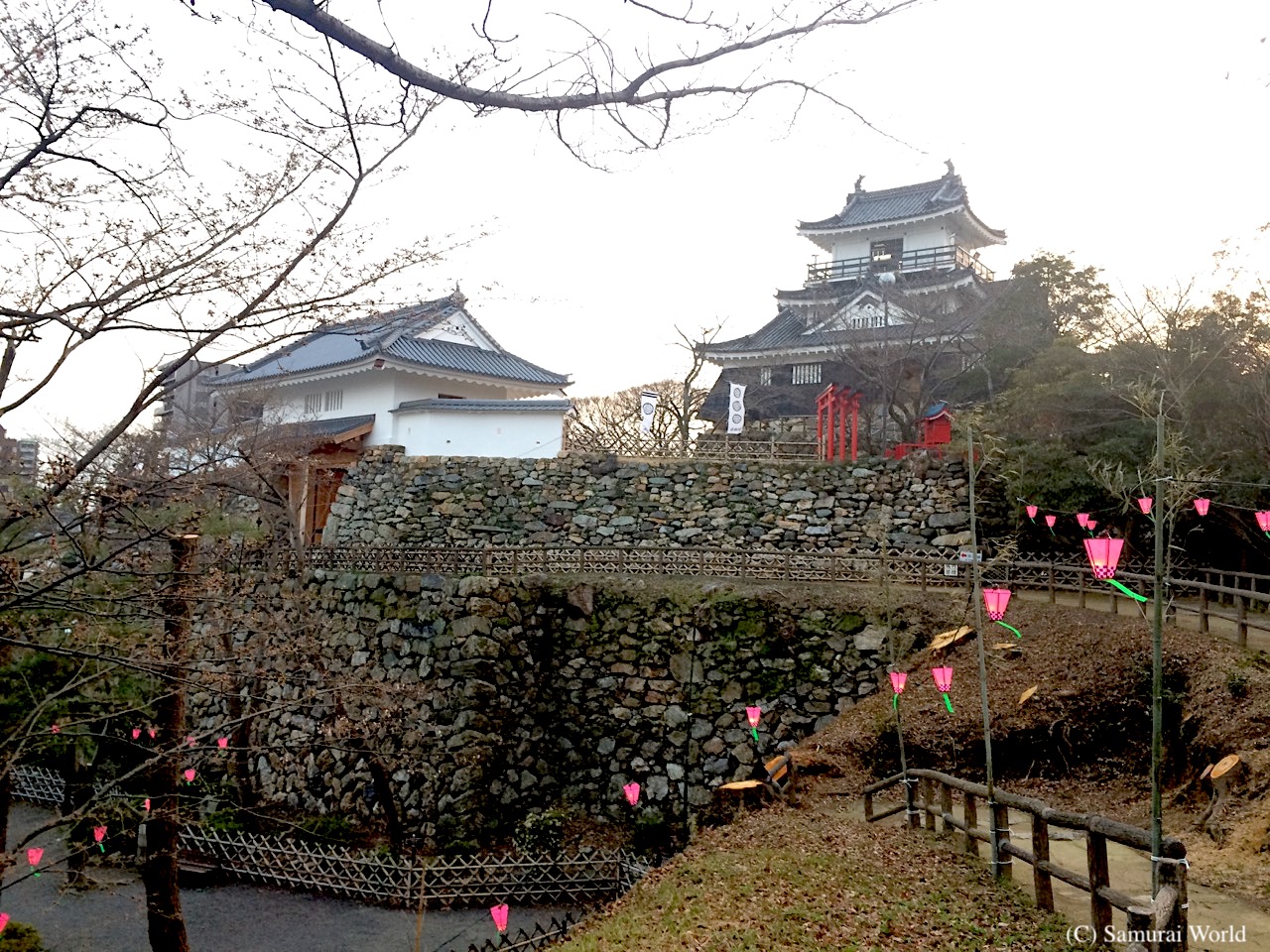