Ueda Castle in Nagano Prefecture once sat on a cliff facing the Saigawa River. Ueda Castle was also known as Amagafuchi-Jo, Isesaki-Jo, Matsuo-Jo and even Sanada-Jo after it’s first master, Sanada Masayuki who built the castle around 1583. The sturdy but small fortress made good use of the surrounding natural defenses for protection, including the river and the steep, rocky cliffs, even the layout of the town below, and the cleverly designed waterways all helped to hinder any attackers. Ueda Castle was surrounded by seven defensive Yagura watchtowers atop the sturdy stone walls, and serviced by two large gates with watchtowers built above them. 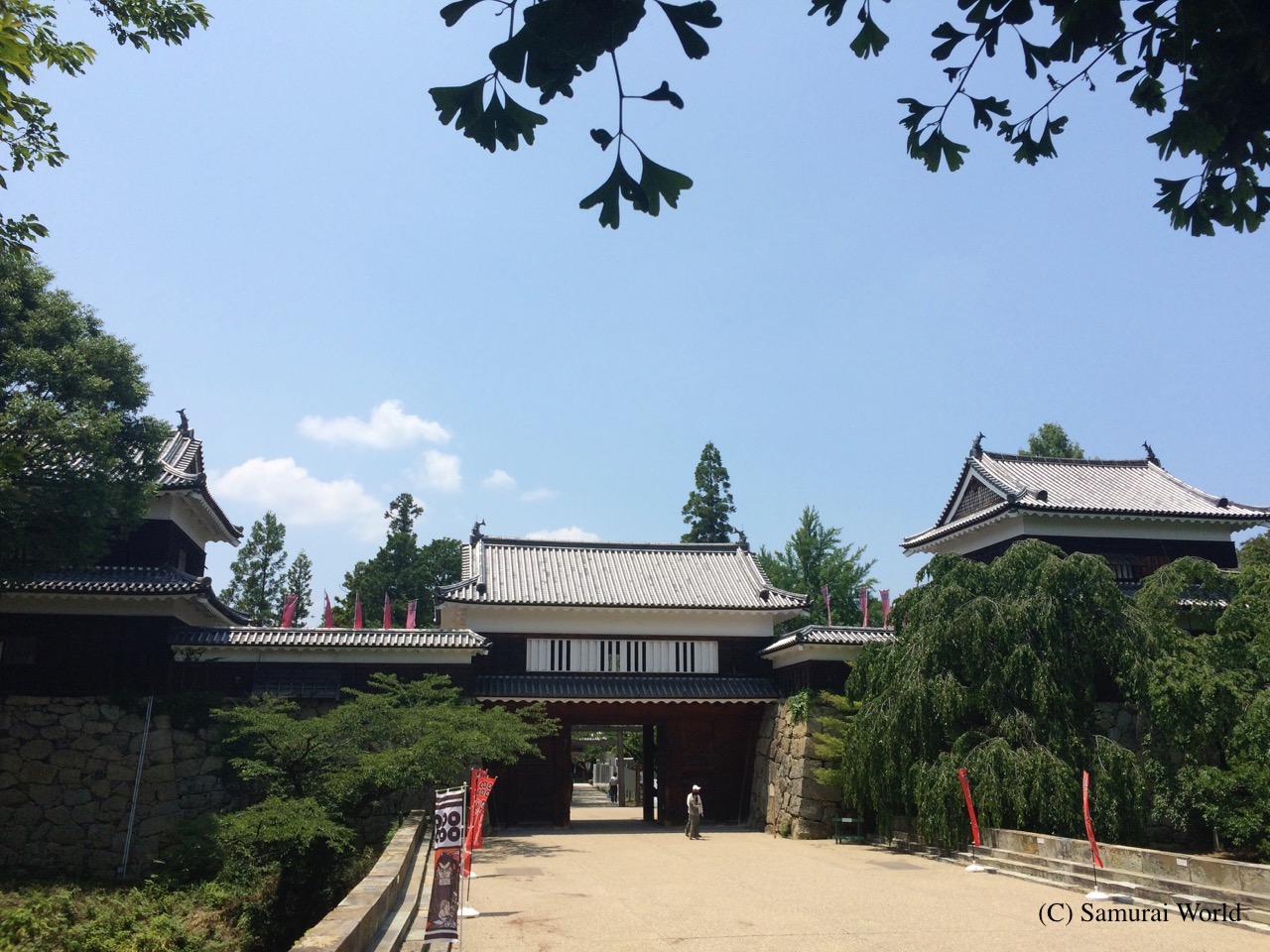 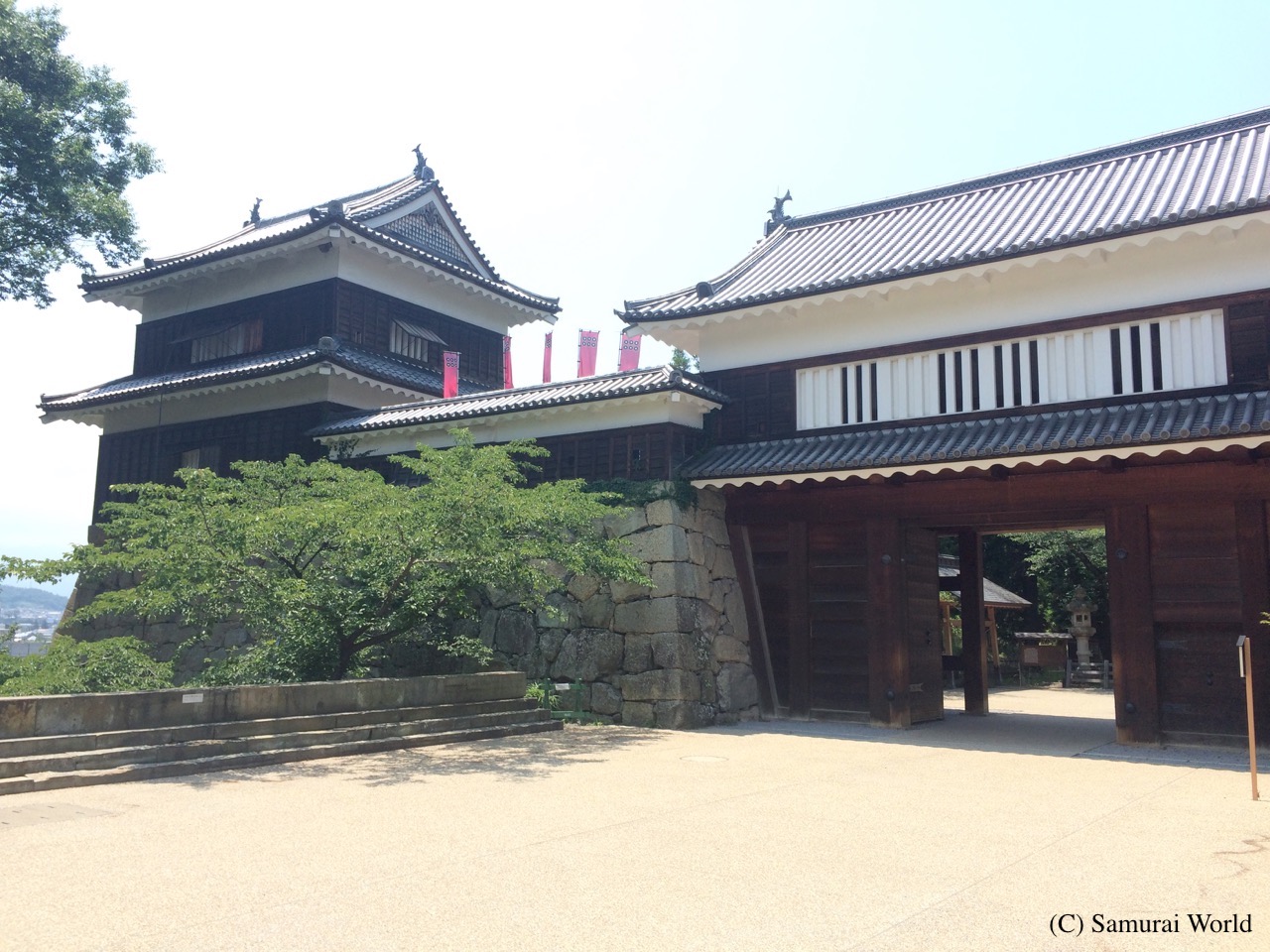 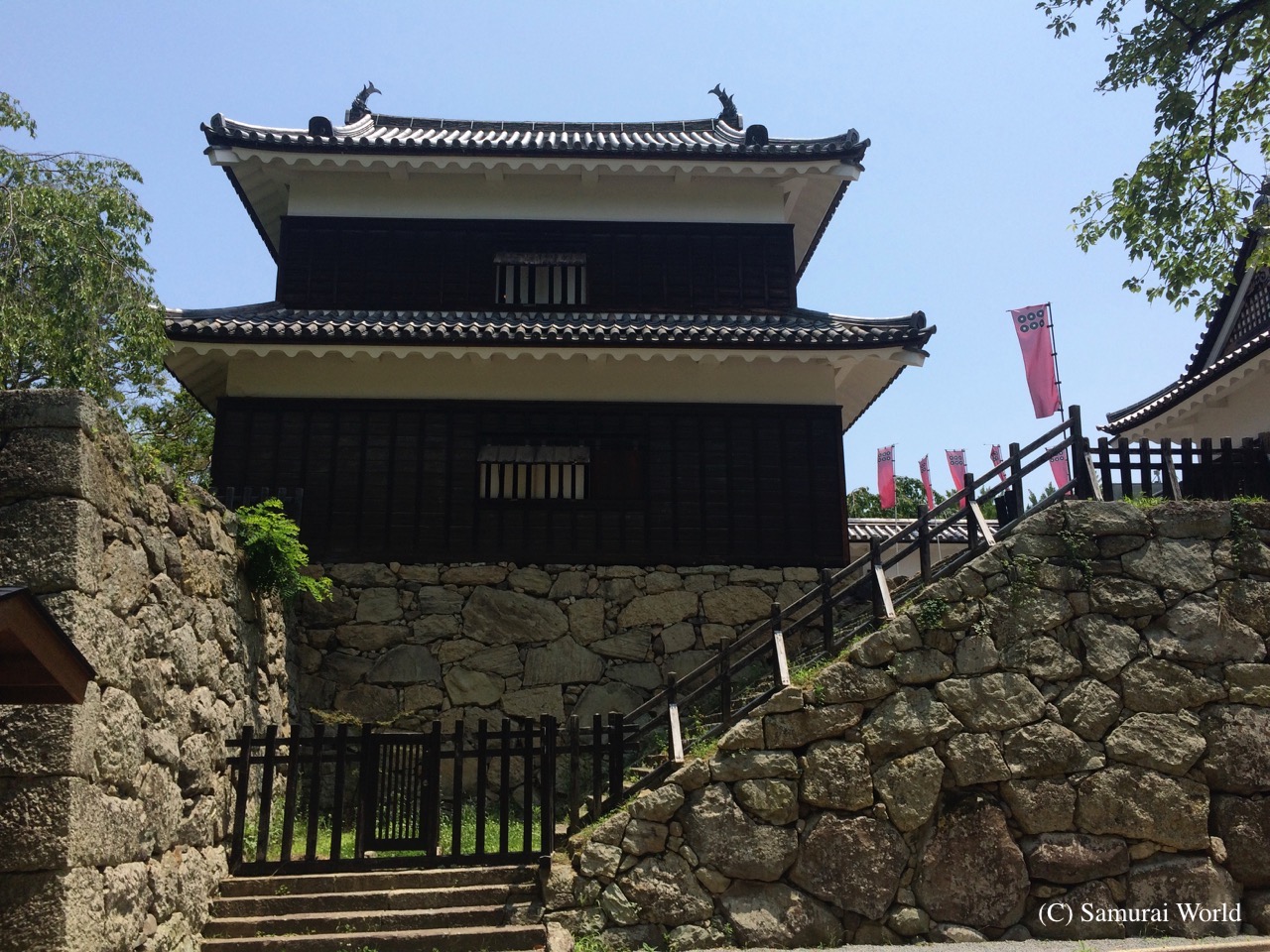 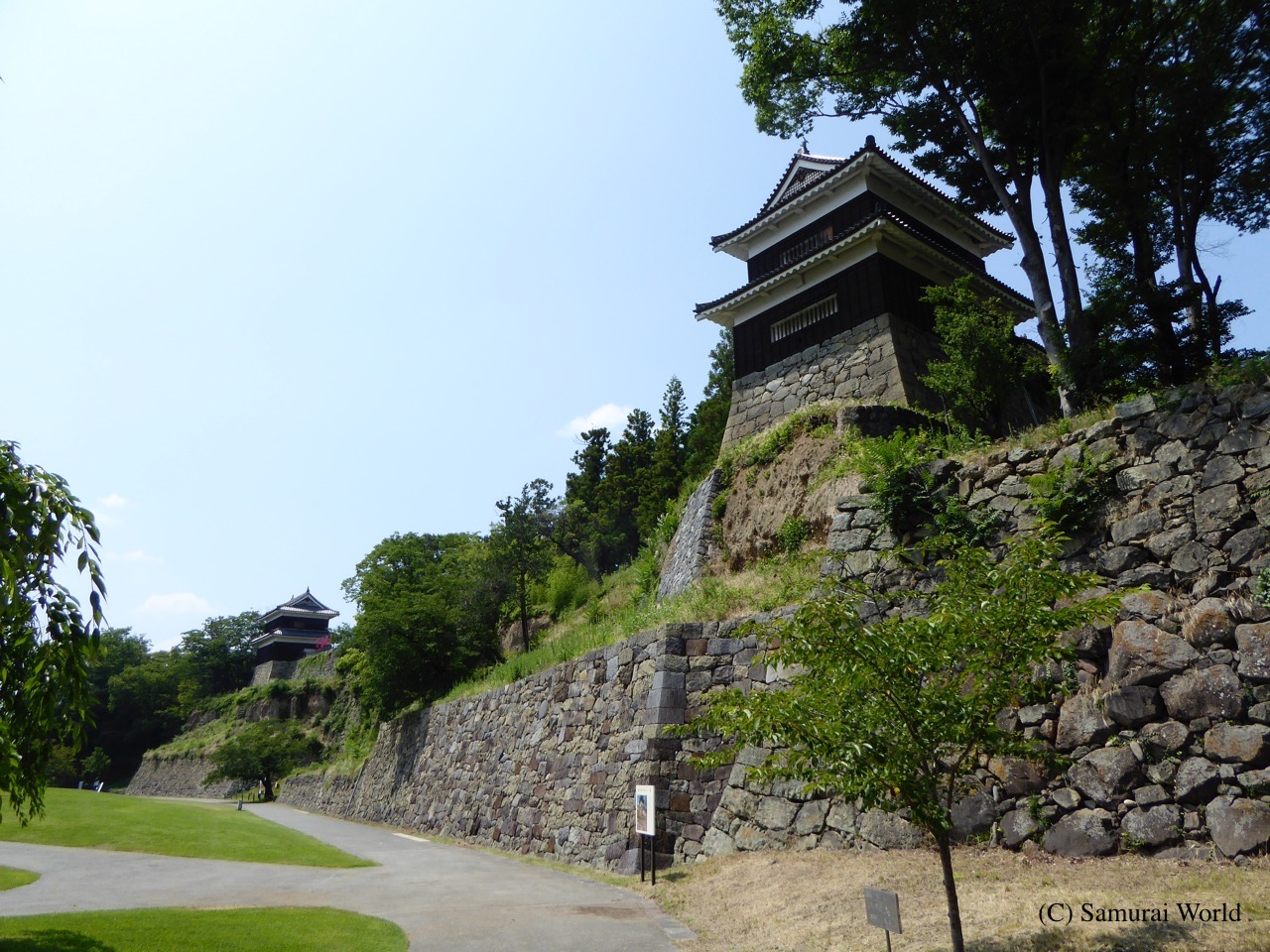 Ueda Castle made use of steep cliffs, rivers and stone walls for defense 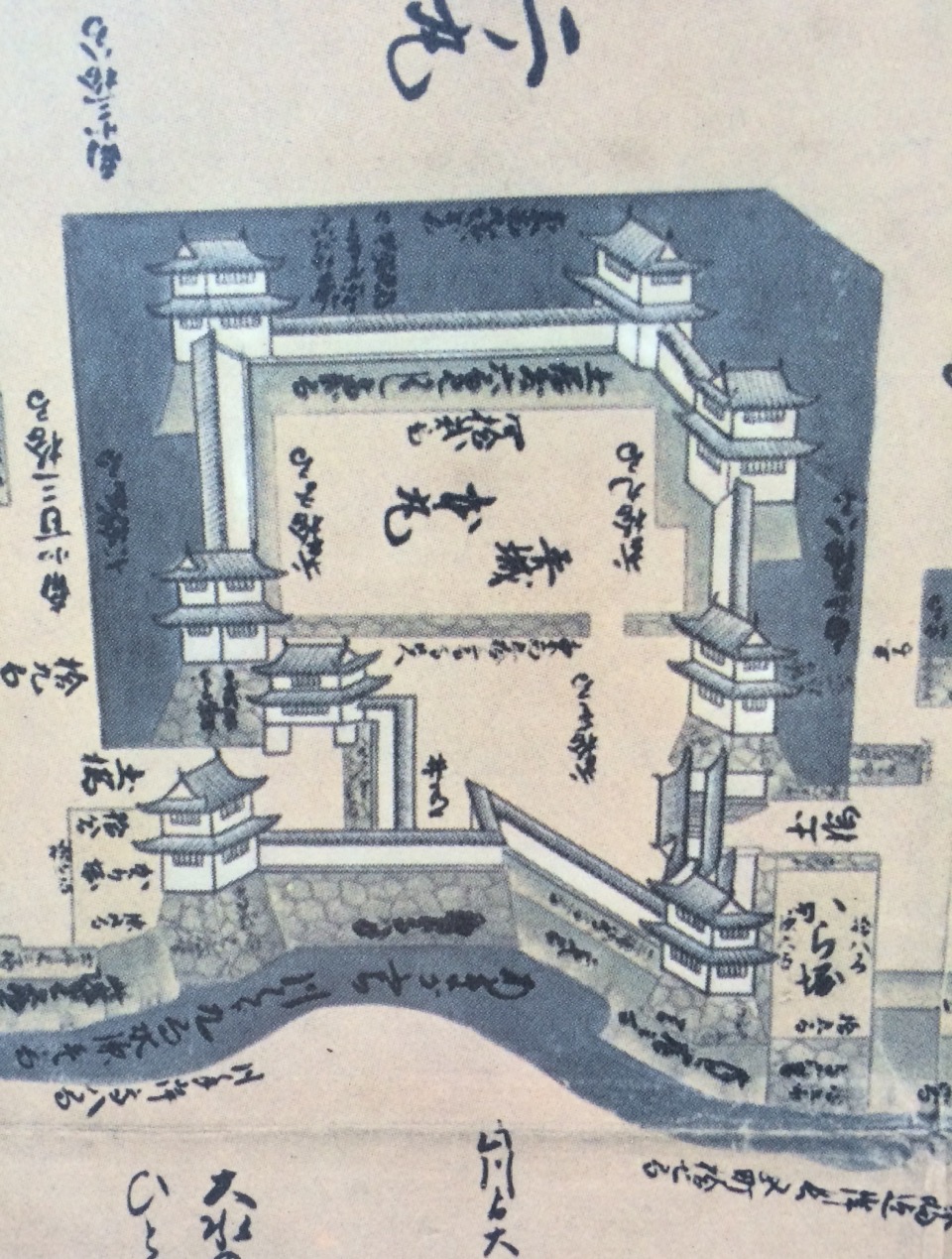 Ueda Castle is famed for having repelled the mighty Tokugawa clan twice, the first time in August to December of 1585, when 7,000 Tokugawa troops laid siege to Ueda with 2,000 Sanada troops inside. The second time was in 1600, just prior to the Battle of Sekigahara, when 2,500 Sanada samurai held off the 38,000 samurai of Tokugawa Hidetada.

In the first attack, known as the Battle of Kami River, Sanada Masayuki lured the Tokugawa attackers close to the castle before ambushing them from behind with a reserve army just as the Tokugawa commenced the attack. Confused and unable to recover, the Tokugawa hurriedly retreated. A second attempt was planned, however support for the Sanada from the powerful Uesugi clan of Echigo (Niigata Pref.) forced the Tokugawa to reconsider. Victory was claimed by Sanada Masayuki, and his reputation was greatly enhanced. 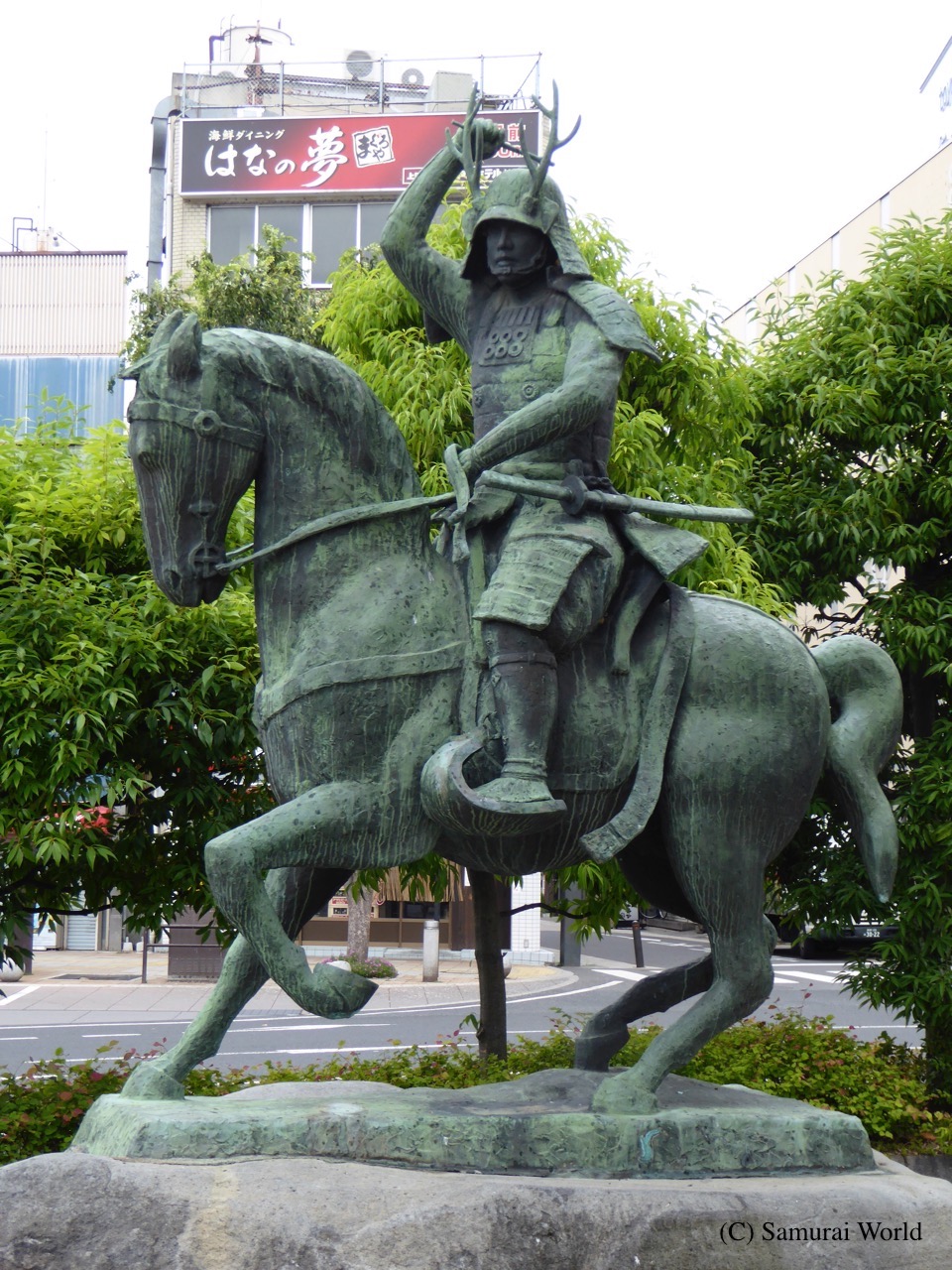 In 1600, the Tokugawa troops, under Ieyasu’s son and future shogun, Hidetada, laid siege to Ueda en-route to Sekigahara via the Nakasendo highway. The Sanada managed to hold the 38,000 Tokugawa troops at bay with just 2,500 defenders, long enough to prevent Hidetada and the Eastern troops from reaching the battlefields of Sekigahara in time! (Hidetada arrived the day of the battle, a few hours after the fighting had ended. His father, Tokugawa Ieyasu was furious!) While the father and son team of Sanada Masayuki and Sanada Yukimura, (whose real name was Nobushige) faced the Tokugawa at Ueda, another son, Nobuyuki fought for the Tokugawa at Sekigahara. This was to ensure that a Sanada would be among the winners of the decisive battle to preserve the family name.

Following the Battle of Sekigahara, Sanada Masayuki and Yukimura were exiled to a temple on holy Mt. Koya, and Tokugawa Ieyasu gave Ueda Castle to Sanada Nobuyuki, but ordered him to destroy it! This he did, after moving to nearby Matsushiro Castle. In 1622, the daimyo Sengoku Tadamasa was awarded the lands, and commenced rebuilding Ueda Castle. The moats were re-excavated, and restoration of the central Honmaru and Ni-no-Maru baileys started. The seven Yagura watchtowers and two main gates were completed, but work on another Yagura and a gate in the Ni-no-Maru was stopped when Sengoku died of illness. The current remaining three Yagura date to Sengoku Tadamasa’s time period. The Sengoku Clan ruled over the castle from 1622 until 1706, when the Matsudaira (Fujii) clan were given control for almost 160 years until 1872. The grounds of Ueda Castle later became a military barracks, a prison, and even a zoo. 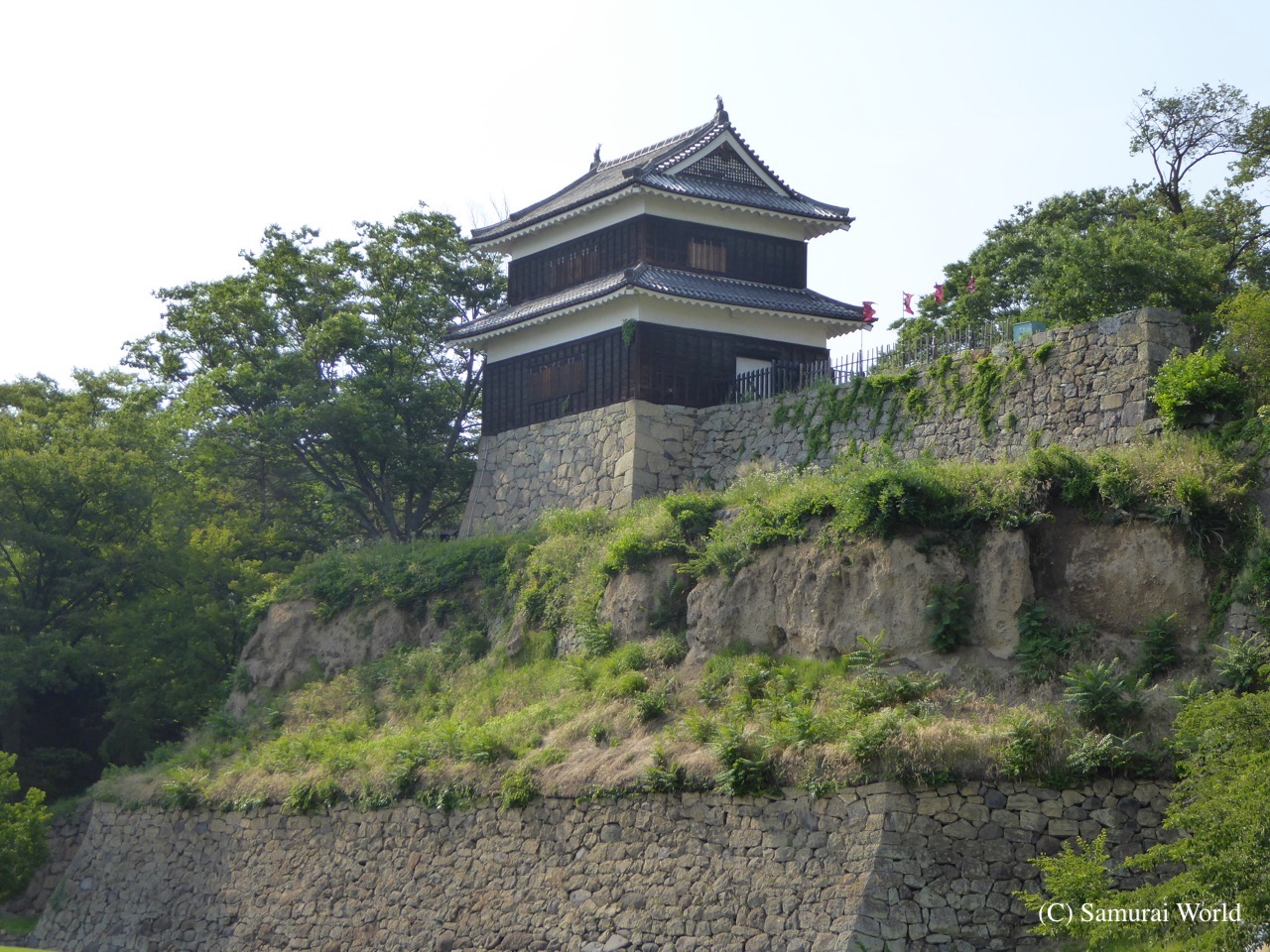 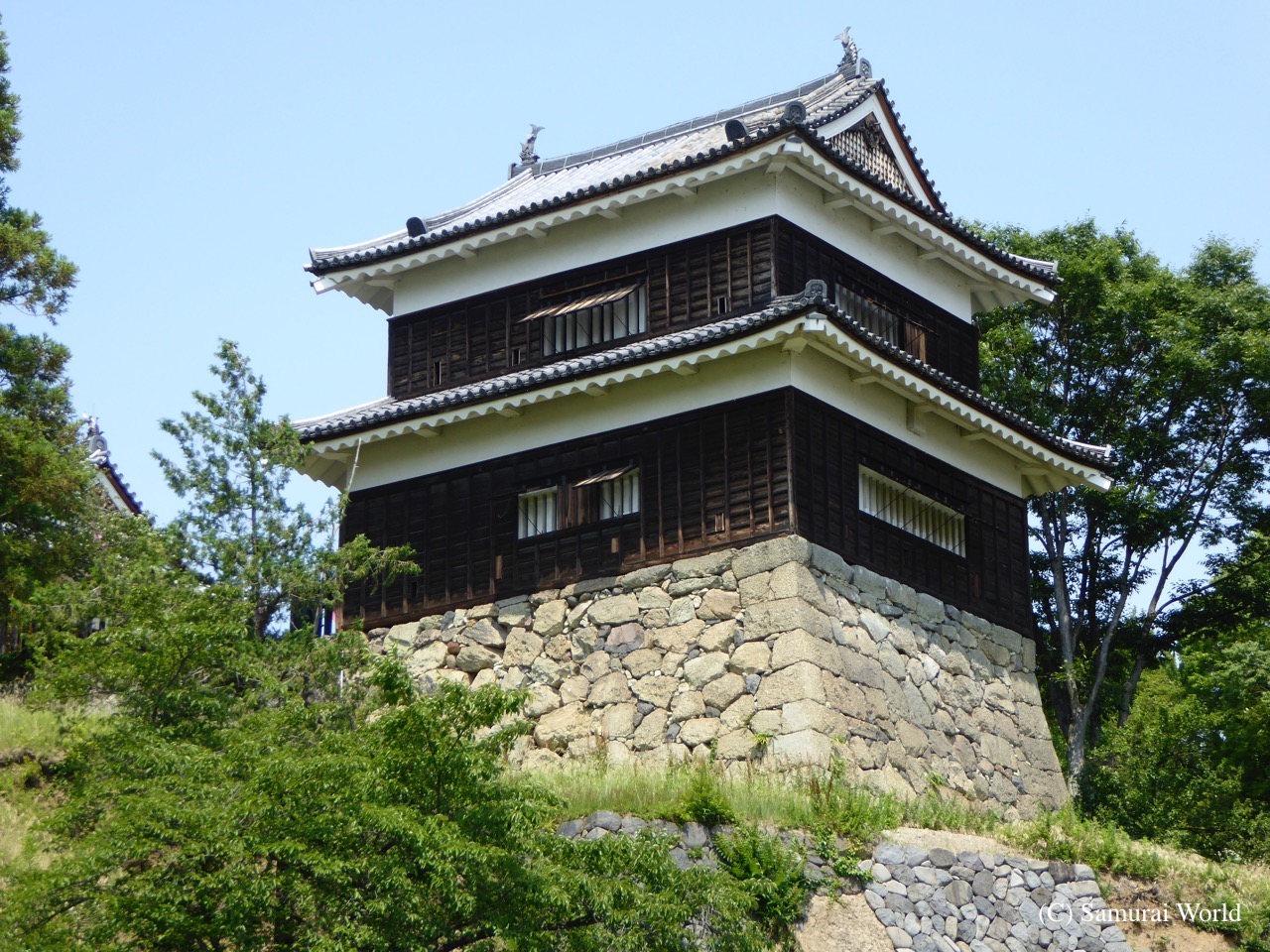 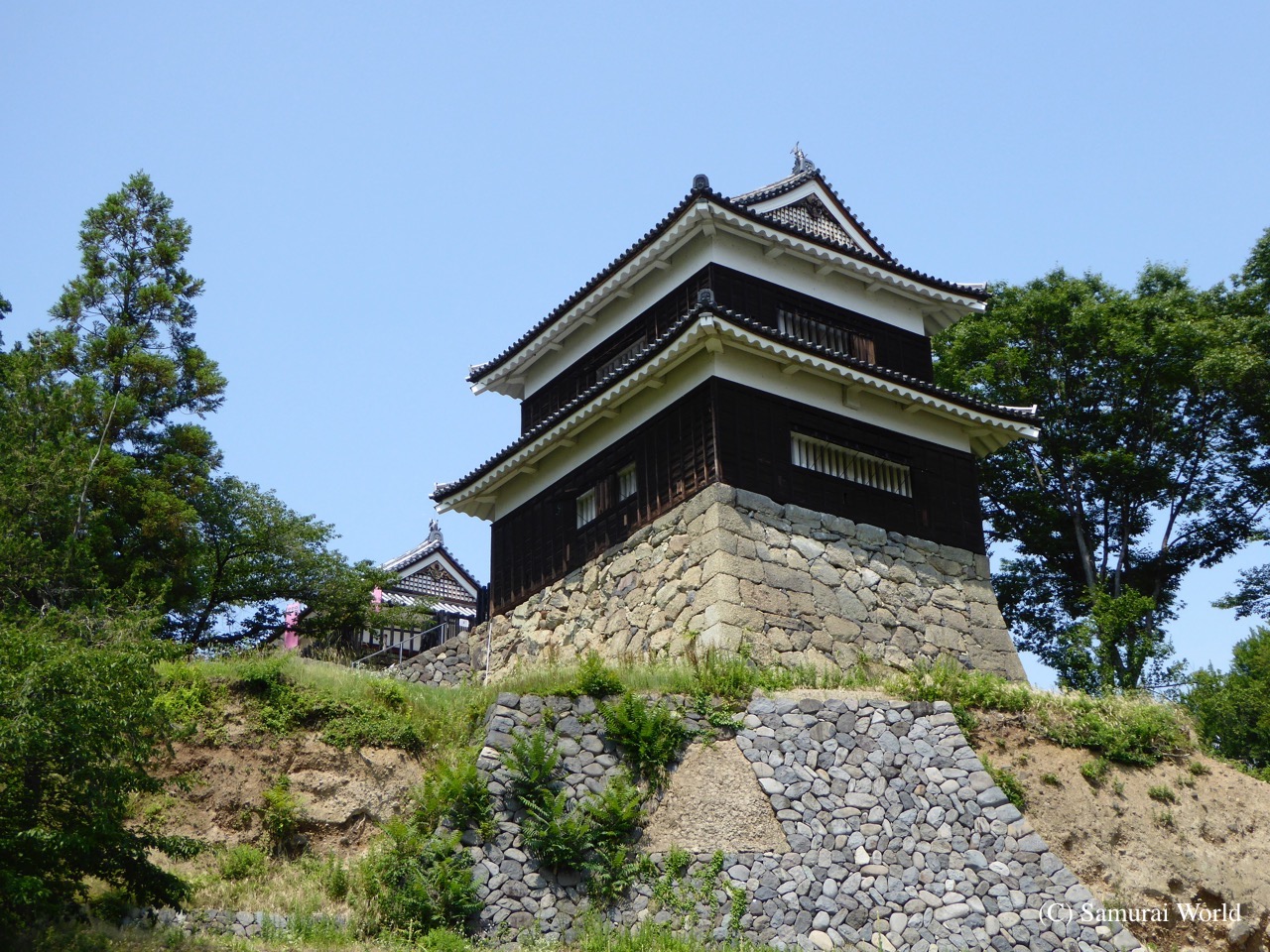 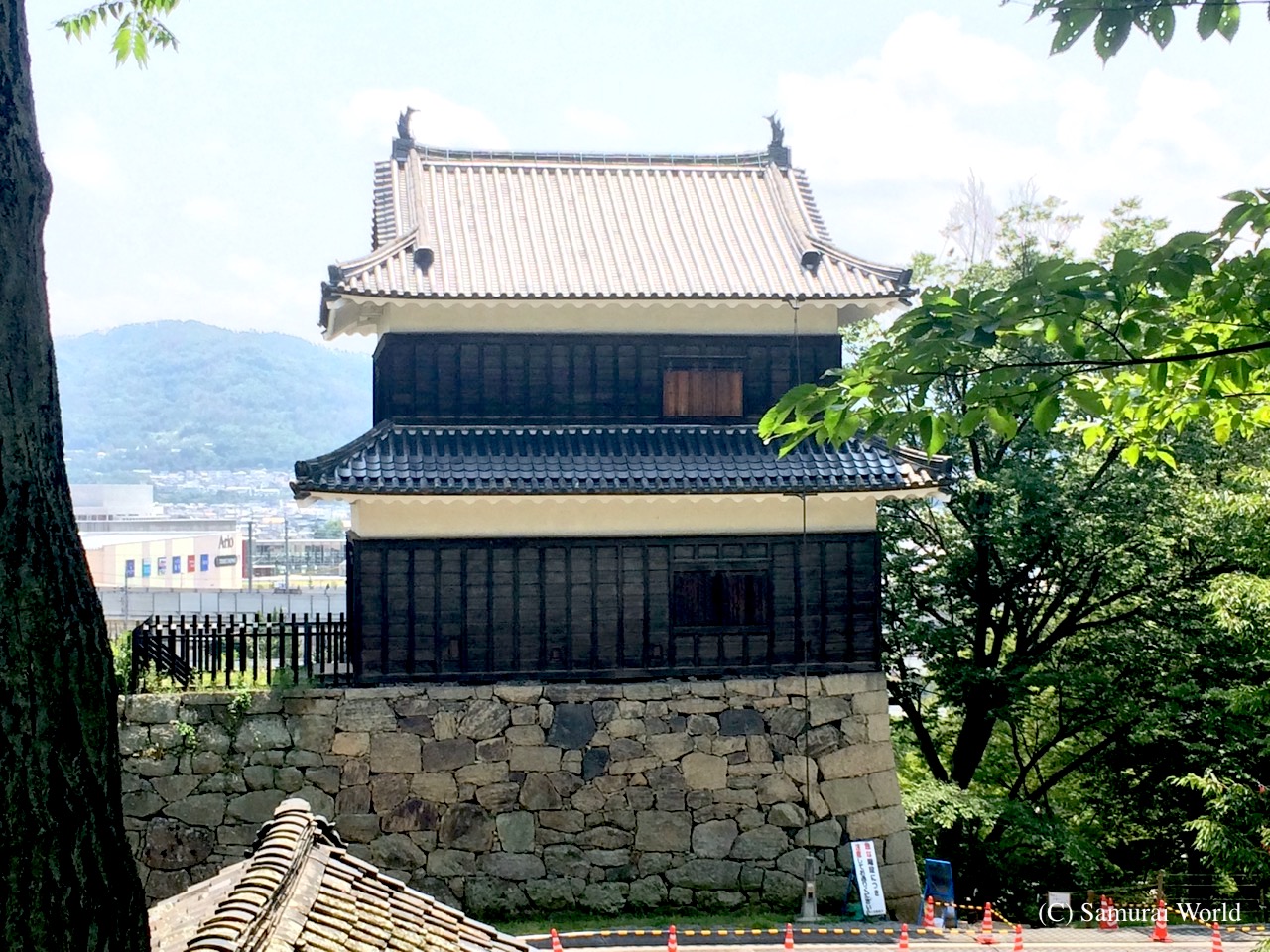 The Nishi Yagura seen from inside the Honmaru compound

In 1871, Ueda Castle was abandoned, and three years later, the grounds and remaining buildings were auctioned off. One watchtower, the Nishi Yagura, was left in place, while the North and South Yagura were dismantled and moved to the outskirts of town and used as a brothel! The brothel lasted a few years before the two Yagura, now joined as one, were sold to a restaurant in Tokyo. Thanks to the efforts of the citizens of Ueda, these two Yagura were purchased and after a 70-year absence returned to Ueda Castle’s stone walls in 1949. The fate of the other four original watchtowers remains unknown. 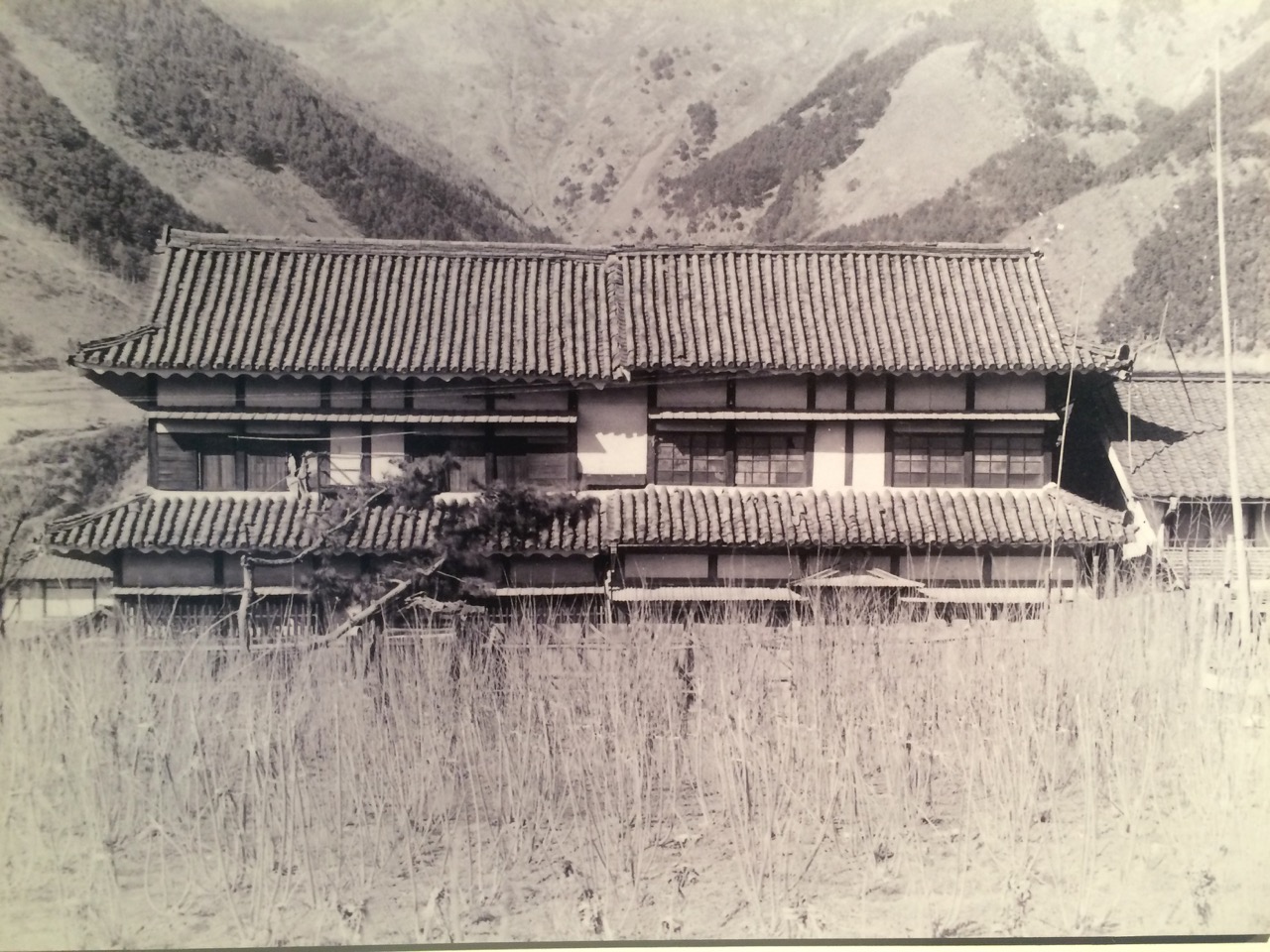 The two yagura conjoined and used as a restaurant in Tokyo 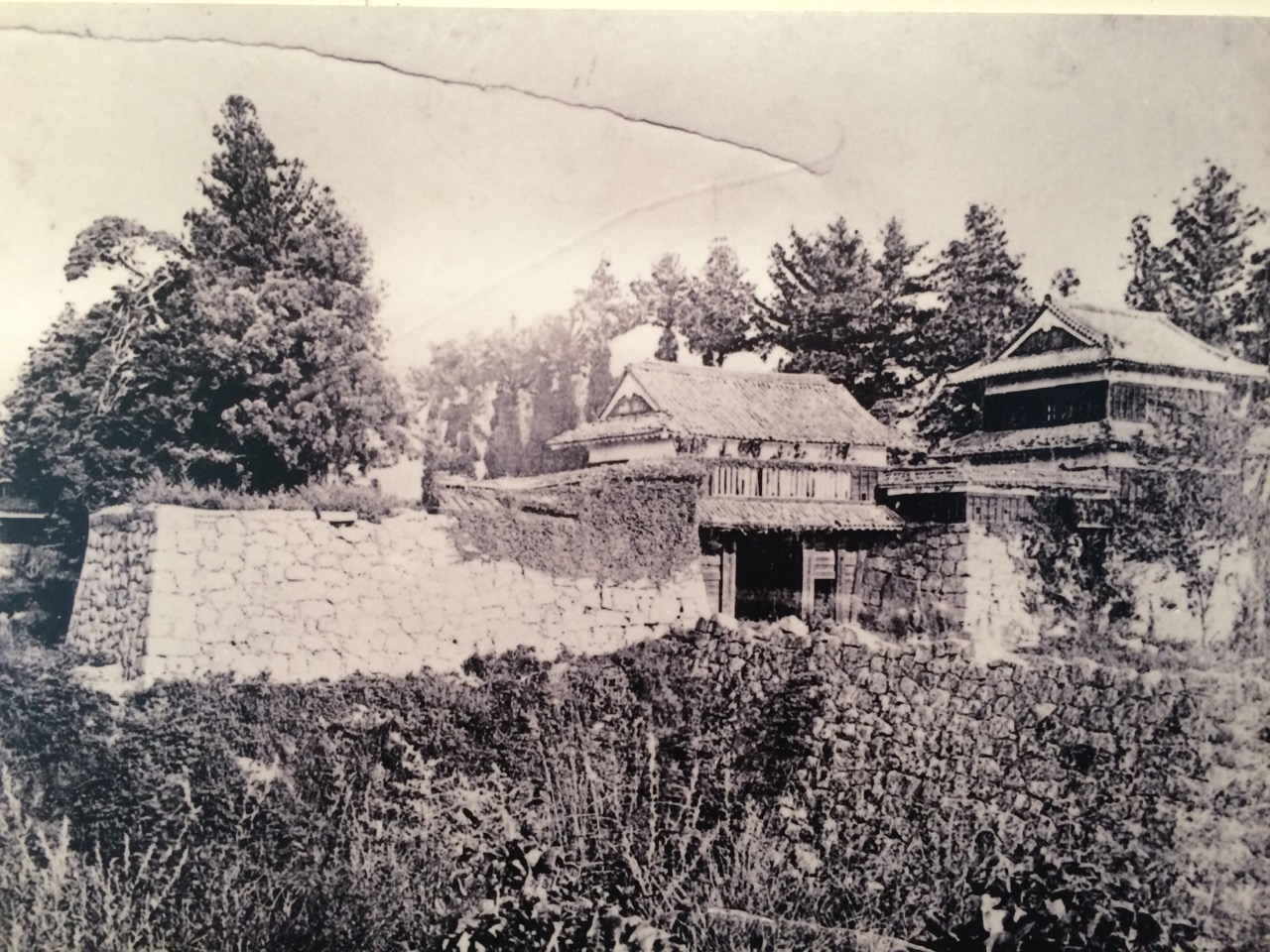 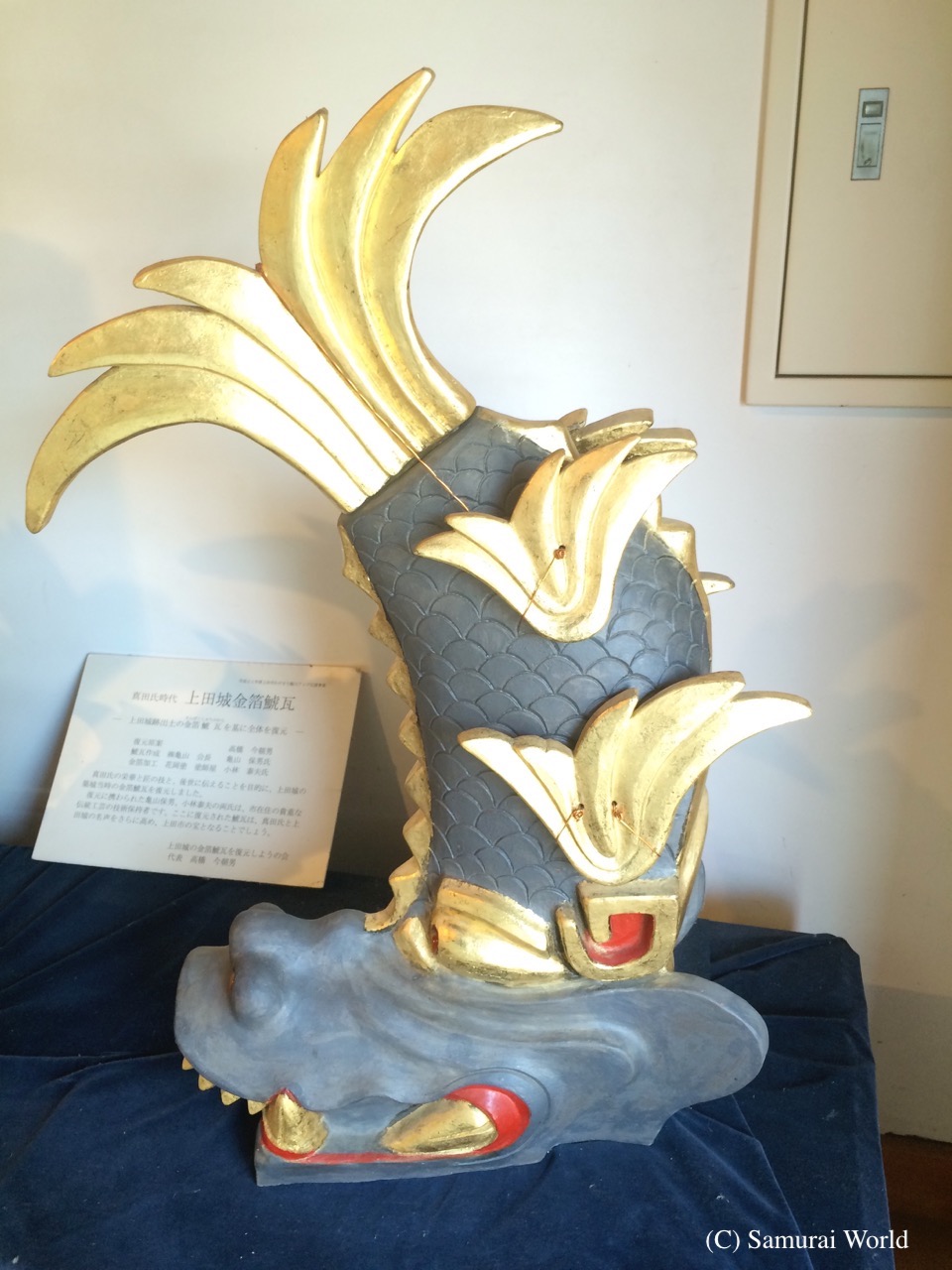 Gold leaf covered parts of the shachihoko atop Ueda Castle

In 1927, and in later excavations within the castle grounds, it was discovered that Ueda Castle’s roof tiles were gilded in gold. Evidence of at least one of the structures having a golden shachihoko tiger-fish roof ornaments was found too. Castles such as Oda Nobunaga’s Azuchi Castle, Toyotomi Hideyoshi’s Fushimi and Osaka Castles, and the Edo period Okayama Castle for example had gold gilt roof tiles. However for a smaller castle of Ueda’s size, and the wealth of the daimyo, this was a rare thing indeed!

The main Yagura-Mon, a sturdy well-protected gate topped with a defensive structure was reconstructed in 1994, 110 years after the original was dismantled. On the right side of the gate is the Sanada Ishi, a huge rock 2.5 x 3 meters in size, built into the stone rampart.

Many castles featured huge rocks near the gateways as a show of strength, and it was considered polite for visiting lords to notice and comment on these huge rocks. The bigger, more impressive the rock, then the more powerful the lord who built it must be, after all, only someone of wealth and might could afford to find, transport and set such a huge stone in their castle walls! Another point of interest is a stone well by the Sanada Shrine within the castle grounds which was supposedly a secret tunnel leading out to the north of Ueda Castle. 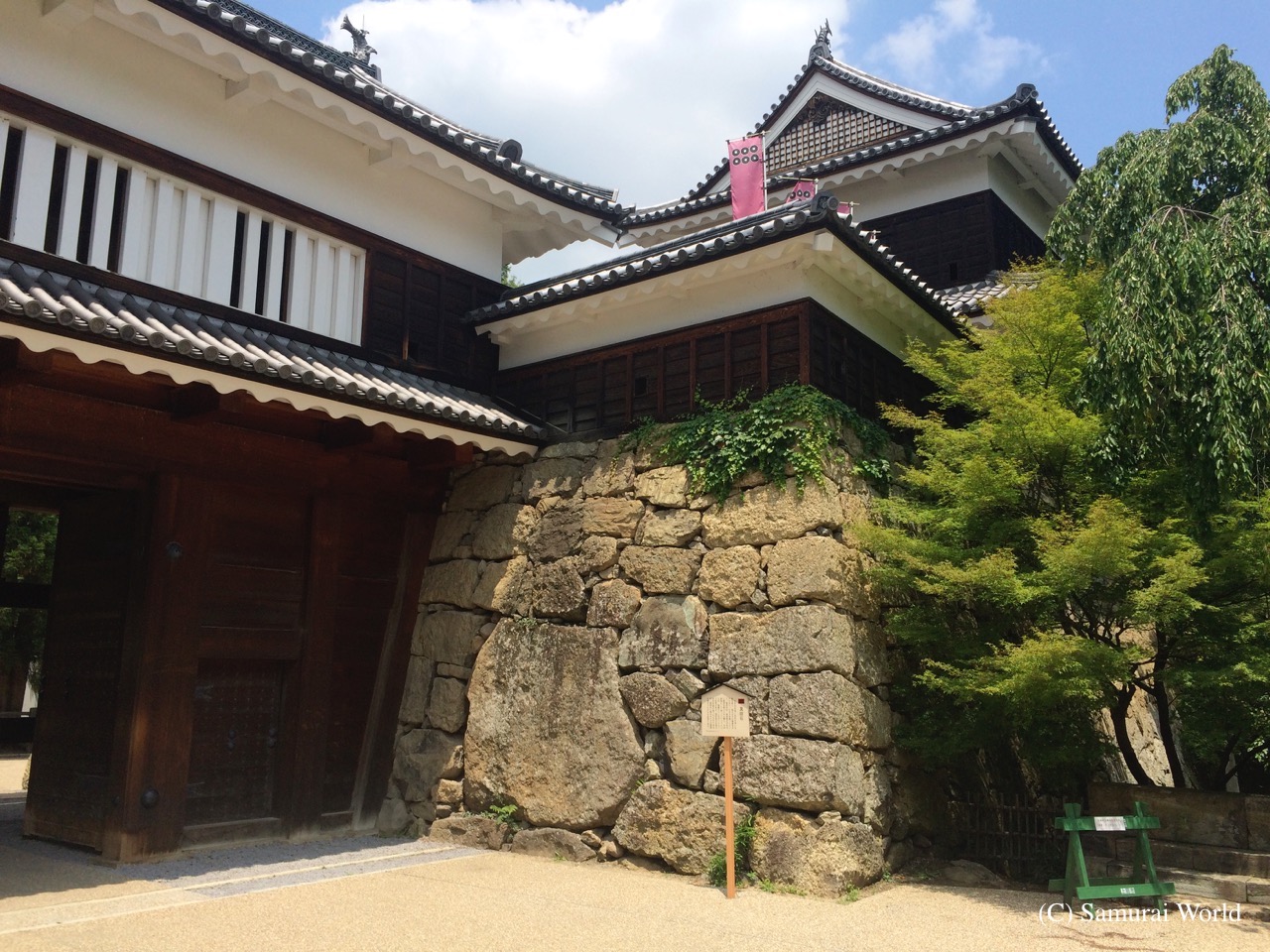 To the right of the yagura-mon is the Sanada Ishi 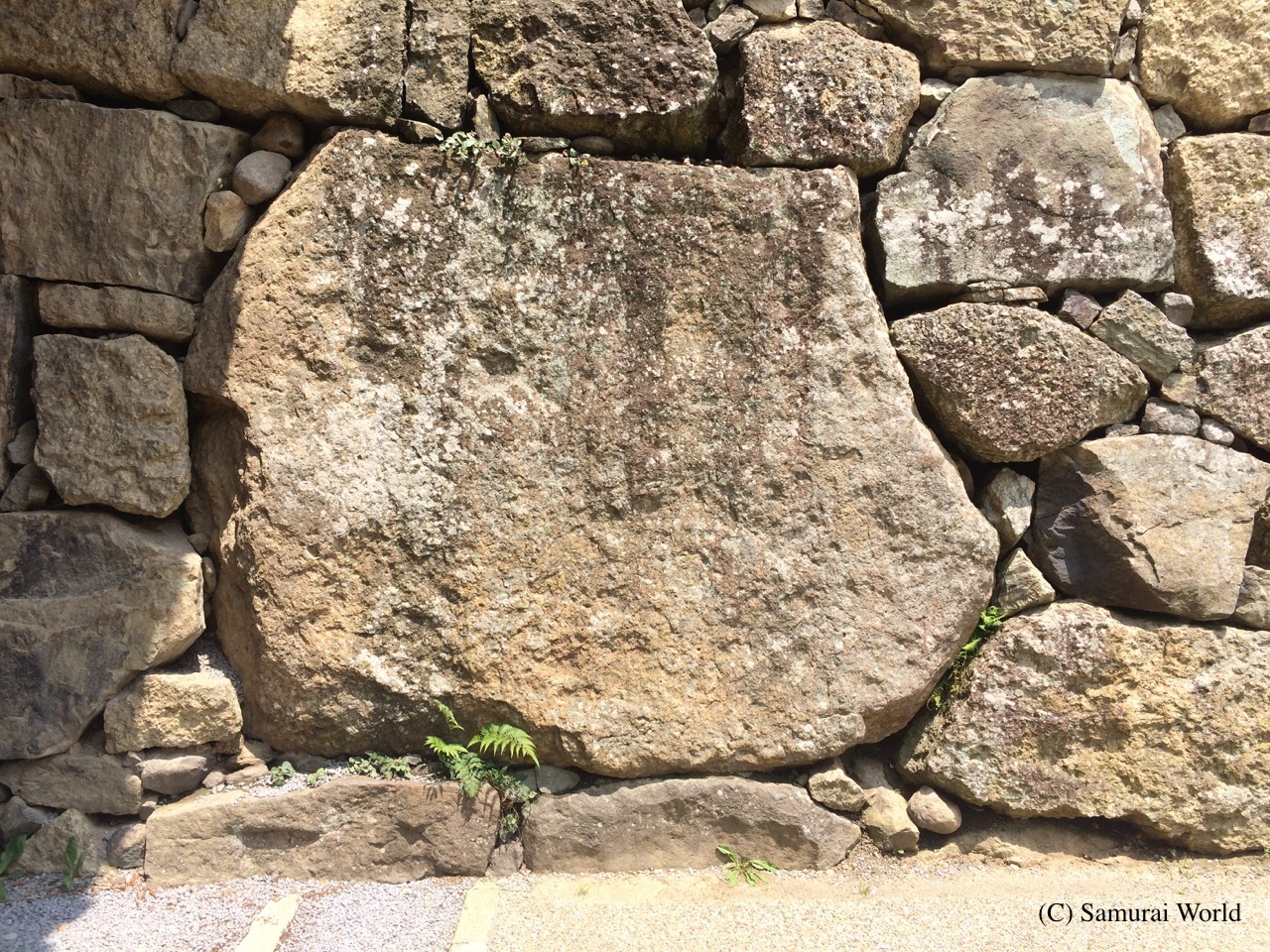 From 1929 the West Yagura served as the local museum featuring the family treasures of the Matsudaira clan, including weapons, armor, manuscripts and items of daily life. The Ni-no-Maru now houses the current Ueno City Museum, containing a fantastic array of samurai armor and weapons. Where Ueda High School now stands was the site of the Honmaru Goten, the castles’ fine palace. The moats, and the gate that once protected the lord’s manor remain, and now serve the school.

Nagano Prefecture’s Ueda Castle is a small but historically vitally important castle. It is also one of the most popular samurai castles to visit. 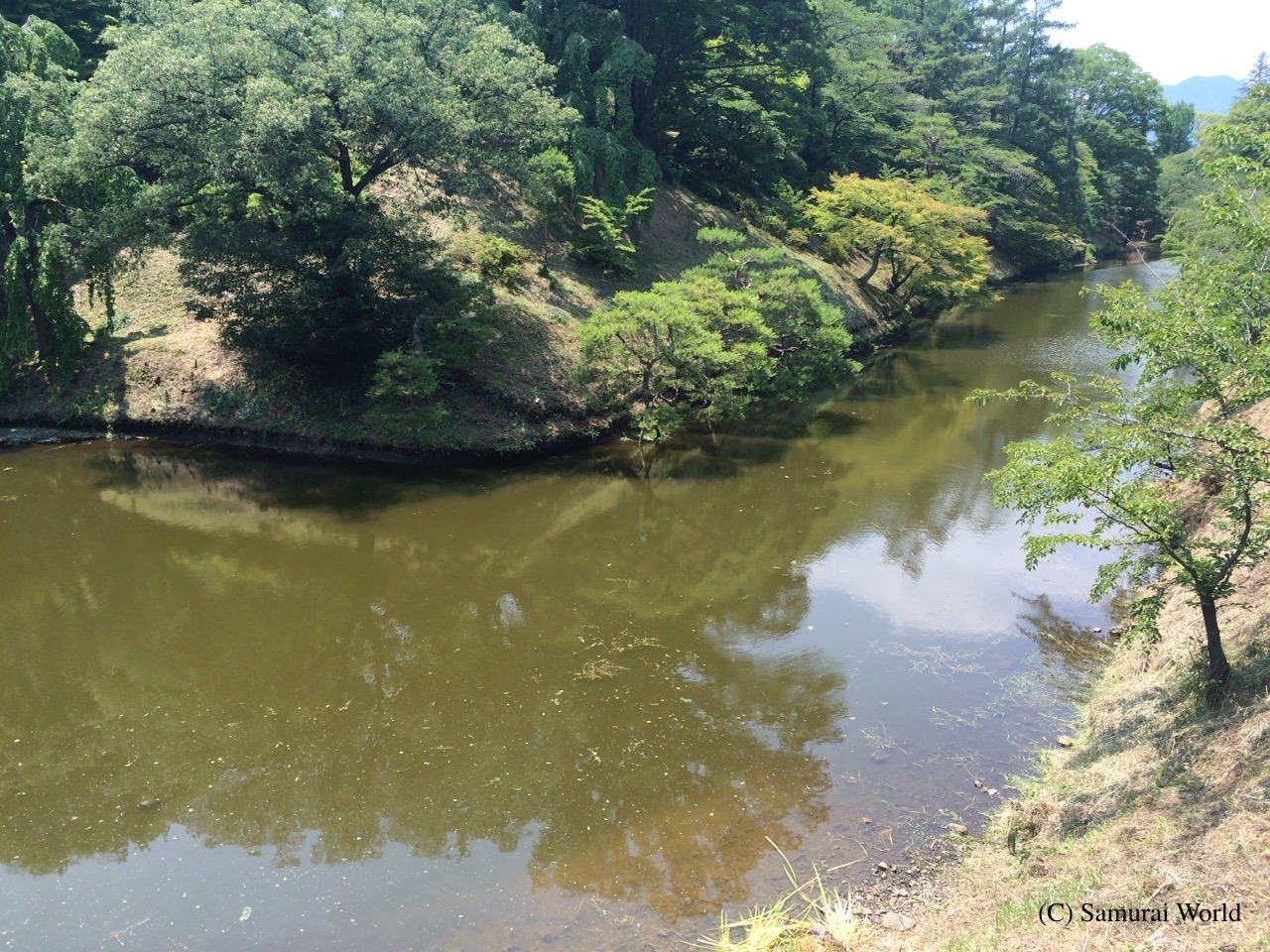 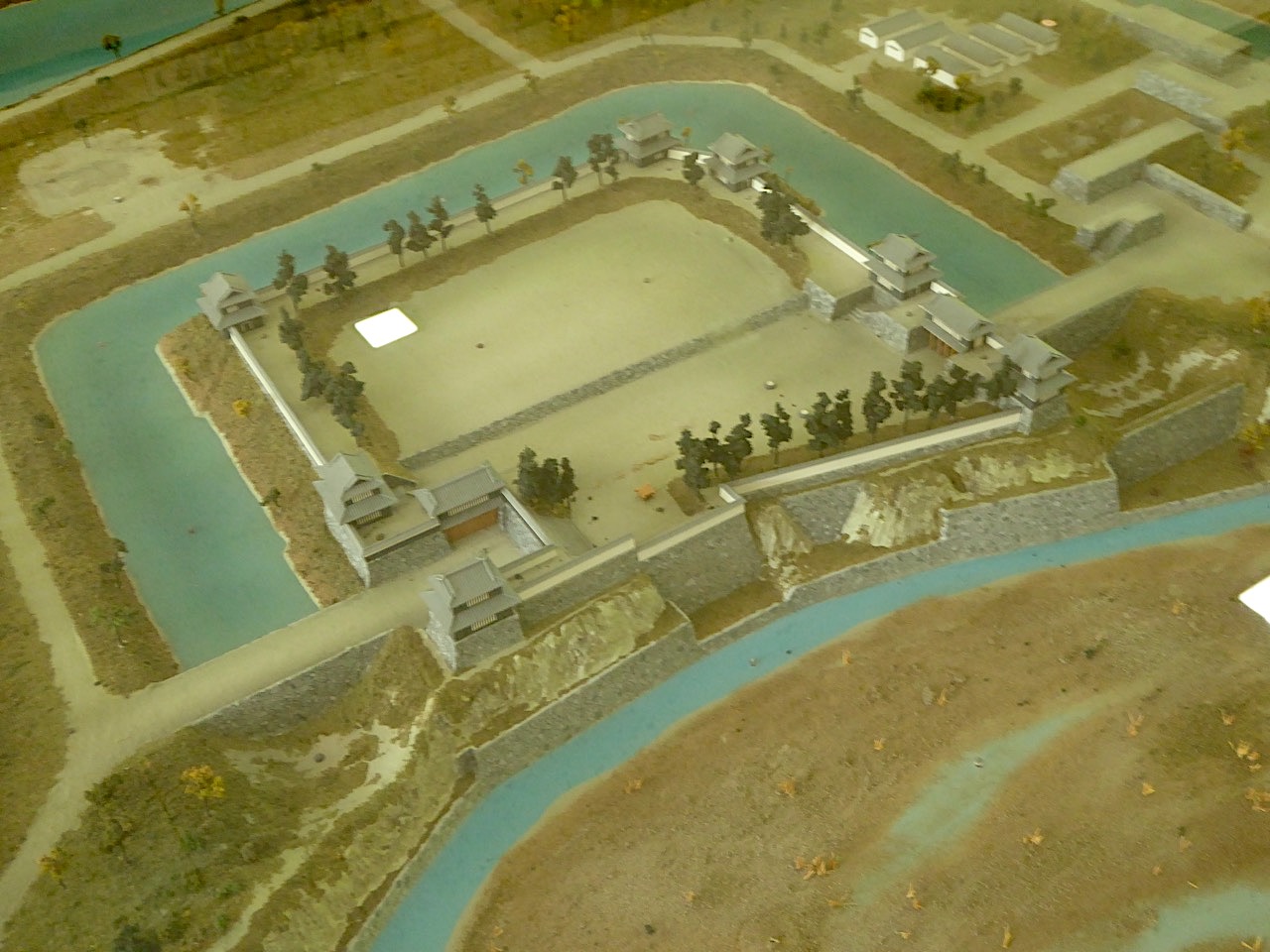 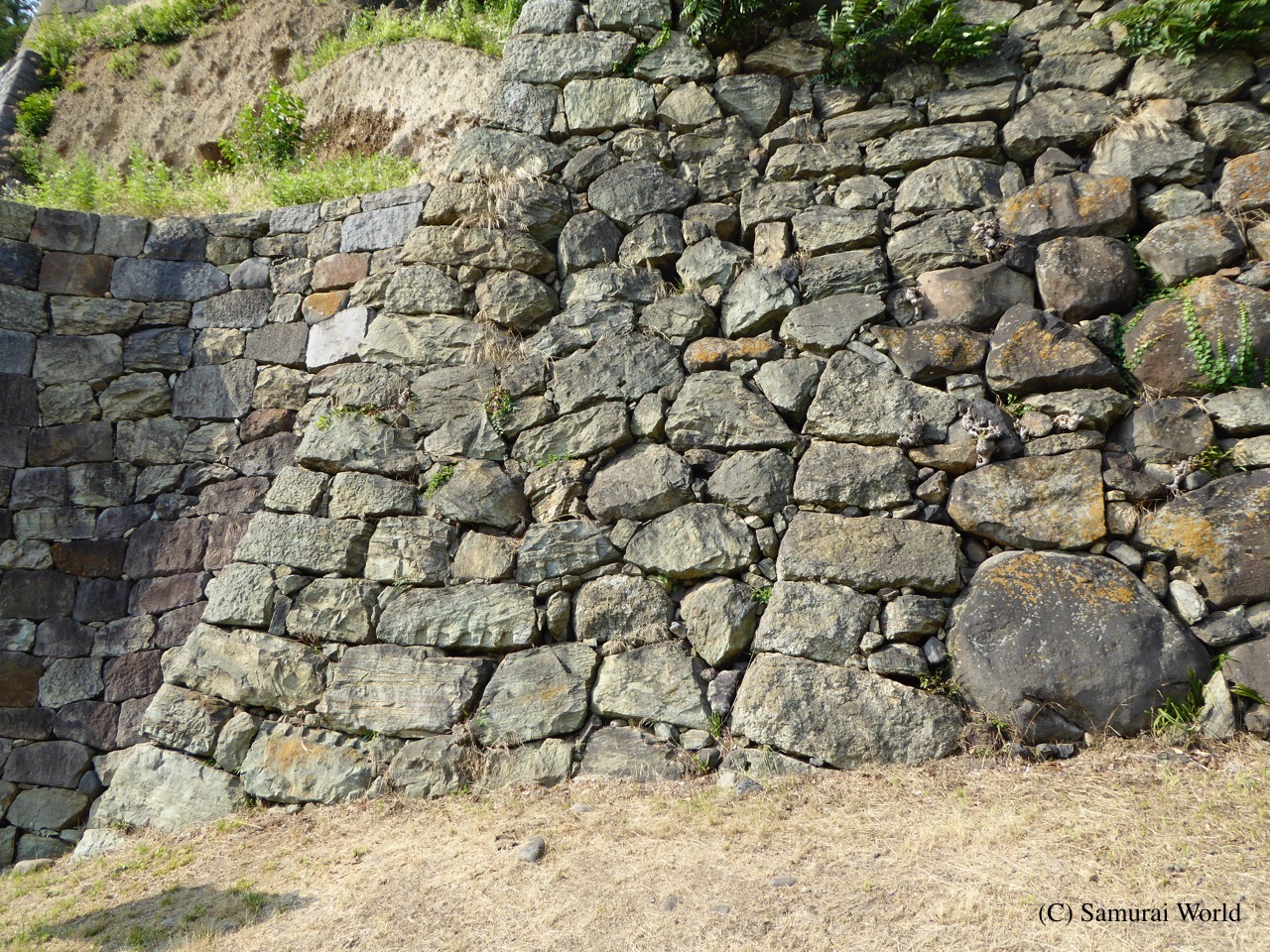