General Minamono no Yoshitomo was the head of the Minamoto clan during the Heian Period, and father of Minamoto no Yoritomo, founder of the Kanmakura Shogunate.

In the sleepy region of Mihama Cho on the Chita Peninsula some 35 kilometers south of Nagoya City,  stands a mid seventh century temple of the Shingon Buddhist sect. The ancient Omido-ji Temple,  also known as Noma Daibo is also famous for having been the site of the bath house where the great  warrior, Minamoto no Yoshitomo, father of the first of the Kamakura Shogun, Yoritomo and Yoshitsune,  was killed. 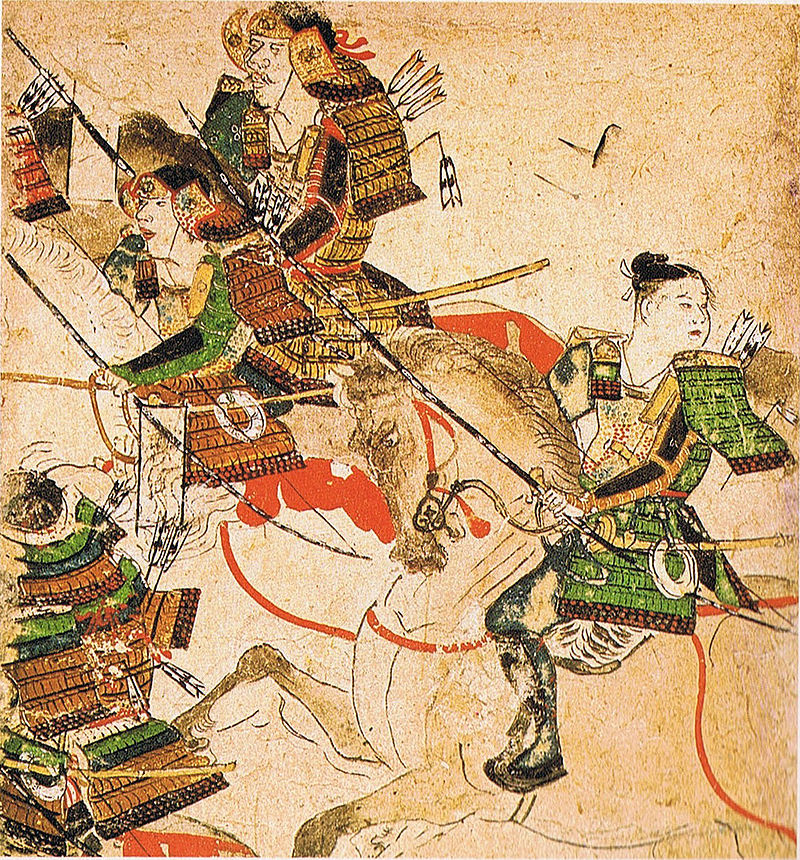 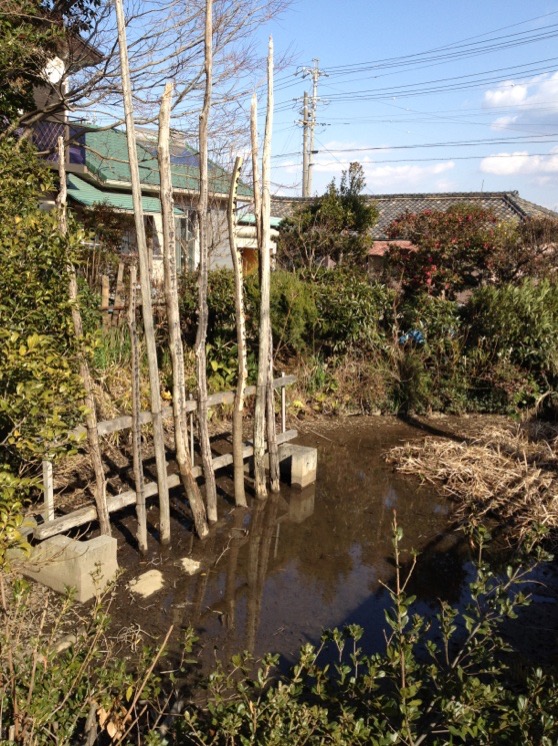 In 1159, the Minamoto and the Taira clans, once close, had become bitter enemies. Yoshitomo had been  defeated in the Heiji Rebellion and fled the capital, Kyoto, for modern day Aichi Prefecture. Yoshitomo was  staying in the village of Noma at the residence of one Osada Tadamune when the father-in-law of one of his retainers betrayed Yoshitomo to his enemies for a reward.

Having been informed of his whereabouts, Yoshitomo’s enemies attacked while the head of the  Minamoto Clan was taking a bath.

Naked and unarmed, Yoshitomo was an easy target. Surrounded by the enemy, his last words were  “If I had even a wooden sword,…” before being slain.  His head was taken and washed in a small  pond nearby, which has since been known as the Chi No Ike, or Pond of Blood. The remains of the  bathhouse itself can also still be seen.

The grave site, enclosed by a low stone wall, is located right alongside the temple’s main hall.  Surrounding Yoshitomo’s central grave are the graves of his retainer, Kamata Masaie who on discovering  the plot was stabbed twice by the traitor, and also that of the third son of Oda Nobunaga, Oda Nobutaka,  who took his own life at Noma Daibo having been ousted from Gifu Castle in 1583. 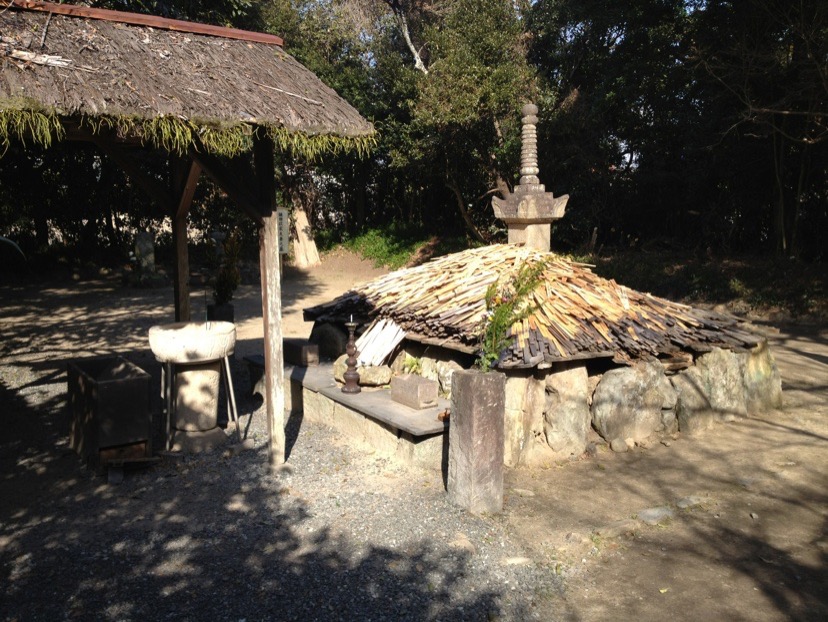 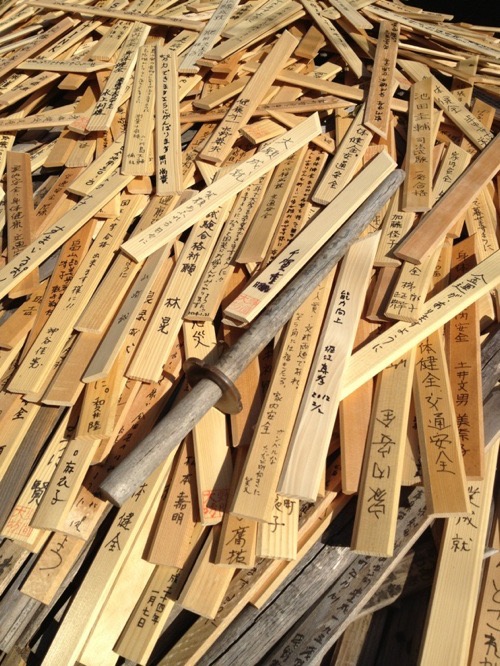 Today, visitors to the noble warriors’ grave leave gifts of wooden swords in the belief that those who  dedicate a sword will have their prayers answered. Because of this, the grave itself is always covered  in a variety of wooden swords. A small kiosk sells small wooden sword shaped stakes for 500 yen.

The Noma Daibo’s main worship hall, the Kyakuden, is designated an Important Cultural Property,  and the Bonsho Prayer Hall is a Prefectural Cultural asset. The Prayer hall’s entrance way is of additional interest, as it was formerly a part of the reception hall at Momoyama Castle.

Between the Kyakuden and the Bonsho halls are a gate erected in 1190 by Yoritomo in memory of his slain father, and a drum tower built by the Fifth Kamakura Shogun Fujiwara Yoritsugu  in honor of his ancestor. 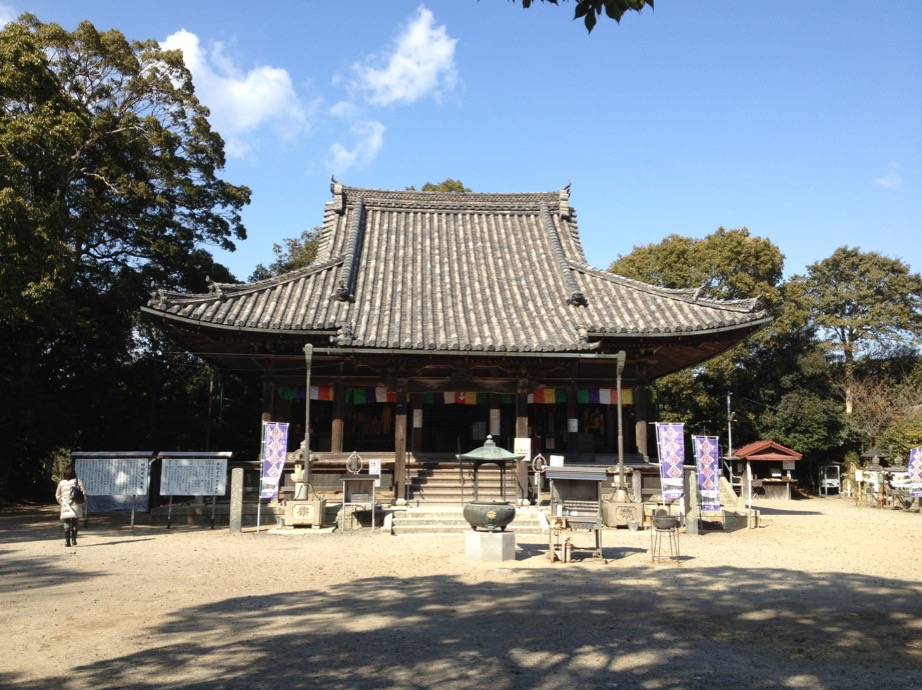 Noma Daibo retains a slightly spooky presence. This is where history happened. Not much seems to  have changed in the 860 or so years since Minamoto No Yoshitomo fled here hoping to find sanctuary,  only to lose his life. 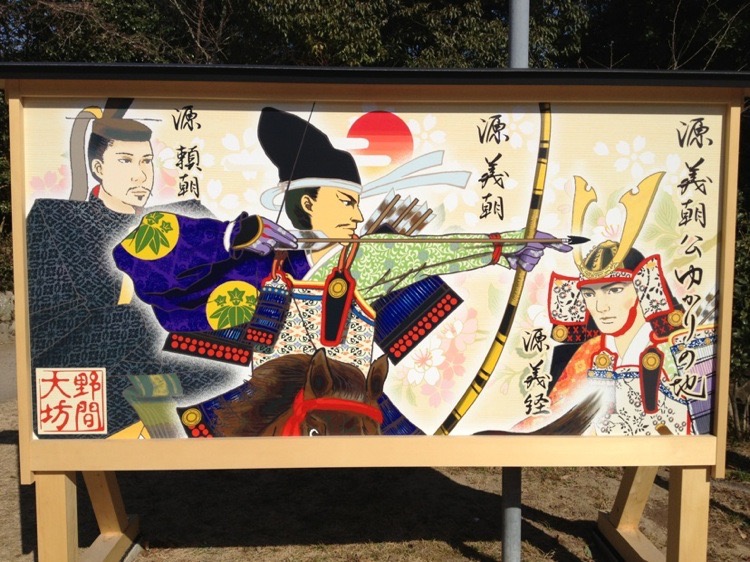