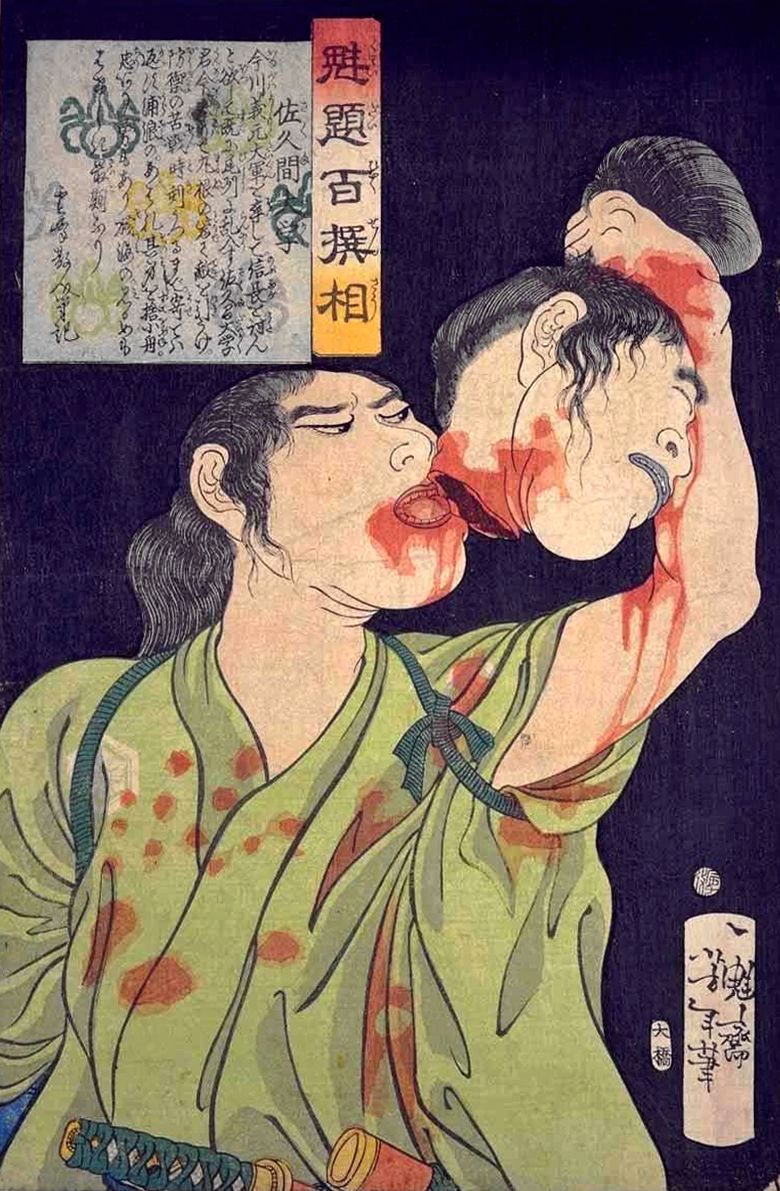 Sakuma Morishige, also known as Daigaku, was a Sengoku (Warring States) period samurai and master of Gokiso Nishi Castle (Now Biyo Shrine, Nagoya City) first under Oda Nobunaga’s younger brother, Nobuyuki, and later under Nobunaga himself. He is mentioned in the Shincho-Koki, the Chronicles of Lord Nobunaga as having attended the funeral of Oda Nobuhide, Nobunaga’s father in 1552. Prior to the Battle Of Ino between Nobunaga and his brother in 1556, Nobunaga constructed Fort Nazuka (Nishi-ku, Nazuka, Nagoya City) and placed Sakuma Morishige in charge there. During the battle, Sakuma took the head of Oda Nobuyuki’s general, Hashimoto Juzo, for which he was well rewarded.

Prior to the Battle of Okehazama in 1560, Morishige was appointed castellan of Marune Castle, (now in Nagoya City’s Midori Ward), one of the front line border posts in the defense against the Imagawa. It was Sakuma who first sent reports to Nobunaga that the fortress was under attack.

The castle came under an attack led by Matsudaira Motoyasu (later to become known as Tokugawa Ieyasu) who was still a hostage of the Imagawa until he was freed with the killing of Imagawa Yoshimoto. Ieyasu made effective use of the matchlock guns that had been introduced just 18 years prior, and had already become a favored weapon of the samurai class. The small castle was repeatedly fired upon, and on June 11, 1560, a bullet struck Morishige, killing him instantly. The castle fell to Motoyasu / Ieyasu and the attacking Imagawa forces shortly afterwards. Just days later, Imagawa Yoshimoto would be felled by Oda Nobunaga and his men, and Ieyasu would at last be free to return to his native Okazaki.