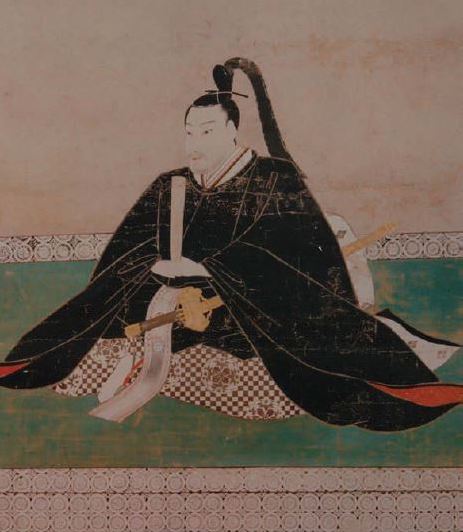 Shimazu Tadatsune was one of the most affluent and powerful lords of the early Edo Period With a stipend of 605,000 koku. Born in 1576, Tadatsune was named heir to the Shimazu (Also written as Shimadzu) clan just prior to the Battle of Sekigahara, where his father had fought on the losing side. His uncle, Yoshihisa, was first in line to succeed the head of the Shimazu clan, but at the time was heirless. His other uncle, Hisakazu had fallen ill and had died in Korea, and so Tadatsune was named successor. He took control in 1602, however, his father held the bulk of power until his death in 1619.

The Shimazu clan were respected for their prowess on the battlefield, and Tadatsune was also well known for his bravery. During Toyotomi Hideyoshi’s Korean Campaign, he and his father headed an 8,000 samurai army, and drove off a Chinese Ming army of 100,000 soldiers.

In 1602, two years after the Battle of Sekigahara, Tadatsune formally submitted to Tokugawa Ieyasu as a sign of loyalty, and in doing so was awarded the name of Matsudaira Iehisa. This was seen as a great honor, as Matsudaira was Ieyasu’s original family name, and the Matsudaira were a branch of the Tokugawa clan. Tadatsune also accepted the first part of Ieyasu’s name in receiving Iehisa as a given name, an even greater honor.

Tadatsune worked hard to secure the Shimazu clan’s future. As head of the clan, Tadatsune weeded out corruption and disloyalty among his retainers.

He had annexed the Ryukyu (Okinawan) Islands in mid 1609, but allowed them to remain semi independent so as to be able to trade with China, who believed the islands were still in their control. This kept the Shimazu clan economically strong, and important for Japans’ trade.

The trade carried out was apparently the cause of Japan now having cockroaches. The insects stowed away amongst the items brought into Japan, and from there spread across the nation.