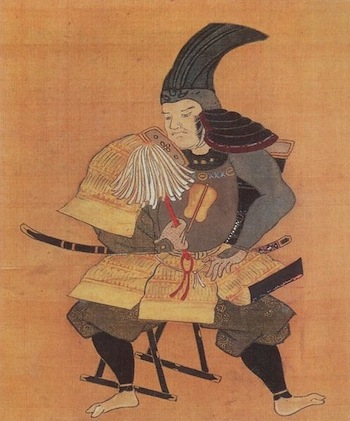 Takenaka Shigeharu, is better known today as Hanbei, although it was a name he does not appear to have used during his lifetime. Born in Mino (Gifu), Takenaka Hanbei was a talented strategist of the Sengoku period, and a military advisor to the lord of Gifu Castle, Saito Tatsuoki and his father, Saito Yoshitatsu before him. Despite his brilliant military mind, Hanbei was said to have been a sickly, and effeminate man. Along with just 16 followers, Hanbei once took the impregnable Gifu Castle.

Supposedly because of his effeminate ways, a samurai of Gifu Castle once gravely insulted the strategist by urinating on him as he passed below one of the castles’ defensive turrets. His complaints to the lord of the castle, Saito Tatsuoki, to have the perpetrator punished went unheeded, and so some time later,

Hanbei entered the castle on the pretext of visiting his sick brother, but used the entrance to make an attempt on the life of Saito Tatsuoki. The cowardly Tatsuoki was confused into thinking an army of attackers had entered the castle, and fled for his life, abandoning the castle and his men, thus Hanbei took the castle easily.

The strategy greatly impressed Toyotomi Hideyoshi who offered Hanbei a position in his army. Oda Nobunaga also contacted Hanbei, asking to have the castle, however Hanbei refused, instead, he returned it to the embarrassed Tatsuoki, who had lost a great deal of reputation and honour in the cowardly retreat. When Oda Nobunaga attacked the castle some two years later in 1564, many of the troops under Tatsuoki remembered his cowardice and either fled themselves or defected to the Oda.

Pledging his loyalty to the Oda clan, Takenaka Hanbei served in the action against the Azai clan of Omi (now Shiga Prefecture) and in the fall of Inabayama (Gifu) Castle. Later still, Hanbei and another fine strategist, Kuroda Kanbei would both serve Toyotomi Hideyoshi as advisors. 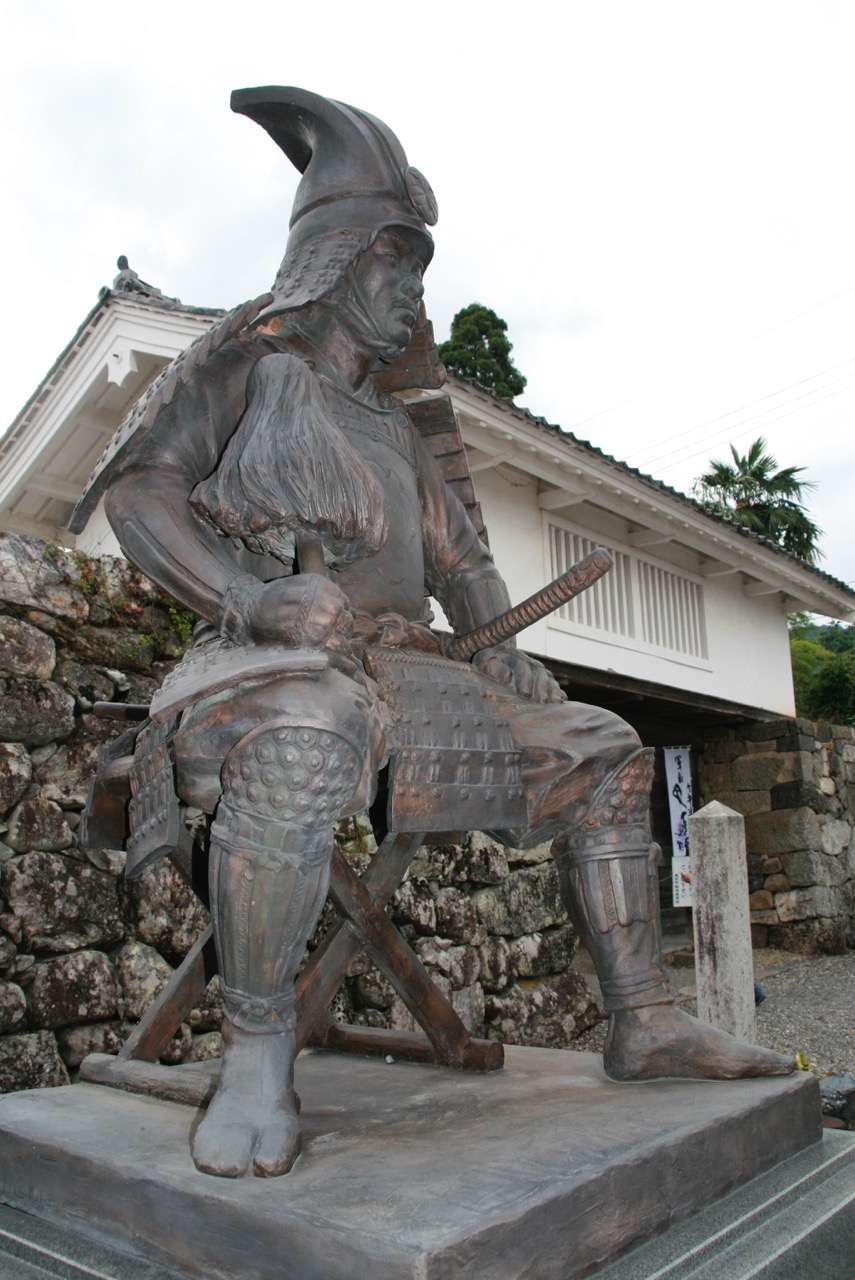 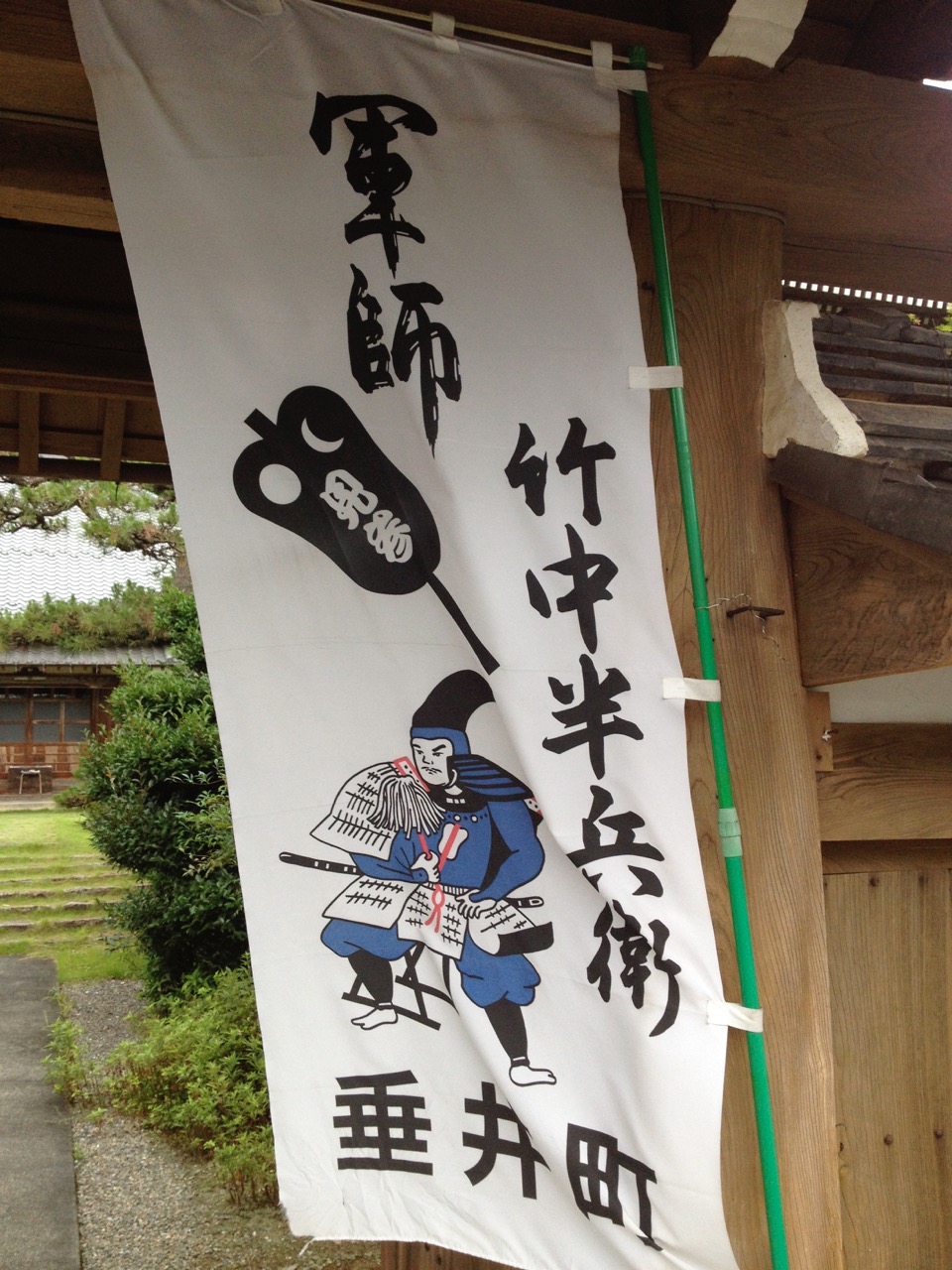 Retiring from active duty due to illness, Hanbei was entrusted with the nine year-old son of his friend and counter part, Kuroda Kanbei, while Kuroda was sent by Nobunaga on a mission to the Araki clan

in 1577. The Araki captured and imprisoned Kuroda, and his failure to return led to Nobunaga believing incorrectly that the man had turned. In his anger, Nobunaga ordered Hanbei to kill Kuroda’s son, Nagamasa. The boy was saved by Hanbei, who had refused his masters’ orders and waited some time for his master’s temper to calm and the situation be understood.

A year later, Takenaka Hanbei died of illness aged 34 during the siege of Miki Castle, part of Hideyoshi’s campaign against the Mori in the Chugoku region. Carried in a palanquin because of his frail health, he had left Hideyoshi during the campaign to recuperate in Kyoto, but had returned to be at Hideyoshi’s side when he died July 6, 1579.

Hanbei’s son and heir, Shigekado would continue to serve Hideyoshi, and would join the Eastern forces under Tokugawa Ieyasu at Sekigahara, later being made Hatamoto.