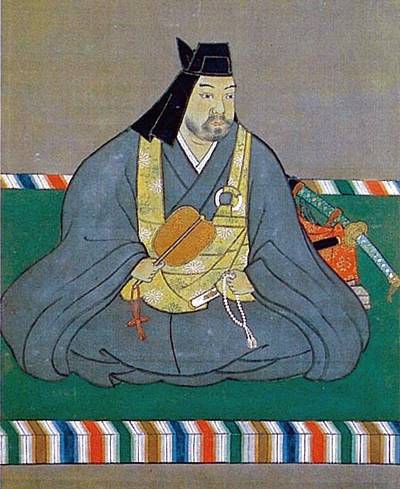 Uesugi Kenshin is recognised as one of the most powerful and formidable daimyo of the Sengoku period, and the only serious challenge to Oda Nobunaga’s bid for supremacy.

Uesugi Kenshin was born Nagao Kagetora, the forth son of Nagao Tamekage. Following his father’s death, and the struggle for leadership between his brothers, resulting in the death of one, Kenshin was sent to a temple from the age of seven. At the age of 14, his father’s loyal retainers pleaded for him to replace his brother, who was seen as a poor administrator and ineffective leader. In 1547, despite his initial feelings, Kenshin, or Kagetora as he was named then, ousted his brother and went on to successfully rule the lands won by his father.

running rivalry with neighboring Daimyo, Takeda Shingen. Kenshin and Shingen clashed five times at Kawanakajima,with the fourth battle being the most violent of the confrontations, and the one referred to as The Battle of Kawanakajima. In this battle, a mounted Uesugi Kenshin is believed to have ridden straight into Takeda Shingen’s main battle camp command post, and personally traded blows with his nemesis.

Shingen, seated on his camp-stool coolly blocked Kenshin’s five sword blows with his gunbai, battle command baton, leaving seven nicks in the fan-like item. When Shingen died in 1573, Kenshin is reported to have cried aloud in sorrow for having lost such an honorable enemy. 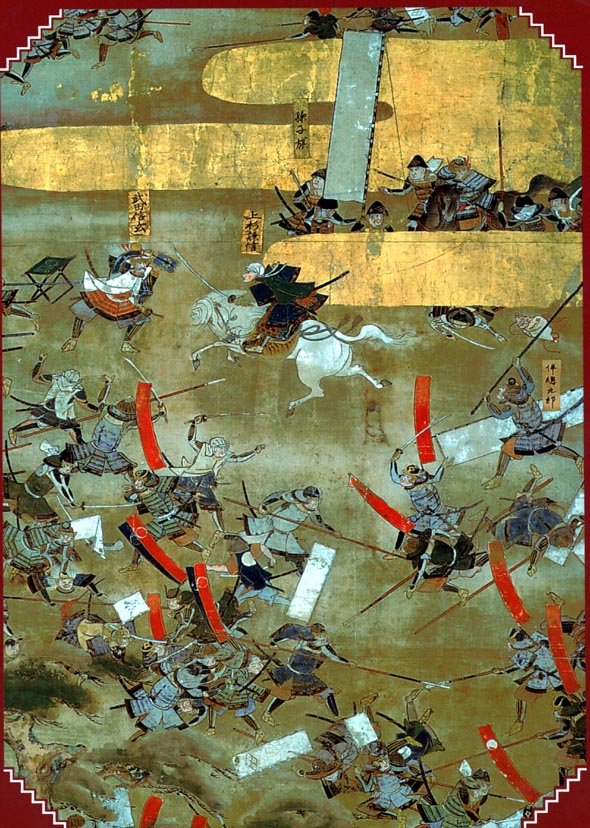 Kenshin is renown for his brilliant military skills, and his honorable conduct both on and off the battlefield. He was also known as a heavy drinker. At the time of his death, Kenshin had been attempting to overthrow Oda Nobunaga. Claiming victory against the Oda forces in 1577 at the Battle of Tedorigawa, he was about to launch another series of attacks when he suffered a seizure and died four days later.

According to some stories, he was assassinated by a ninja hiding under the toilets with a short spear. This assassination is less likely, as Kenshin had composed a death poem, not usually found in times of sudden death. Most scholars attribute the war lords’ demise at the age of 49 to excessive drinking and possible stomach, or esophageal cancer, leading to the seizure prior to death. His death poem reads: 四十九年一睡の夢 一期の栄華一盃の酒 “Forty-nine years have passed like a dream in the night. The Glories of Life disappear like a cup of sake.” 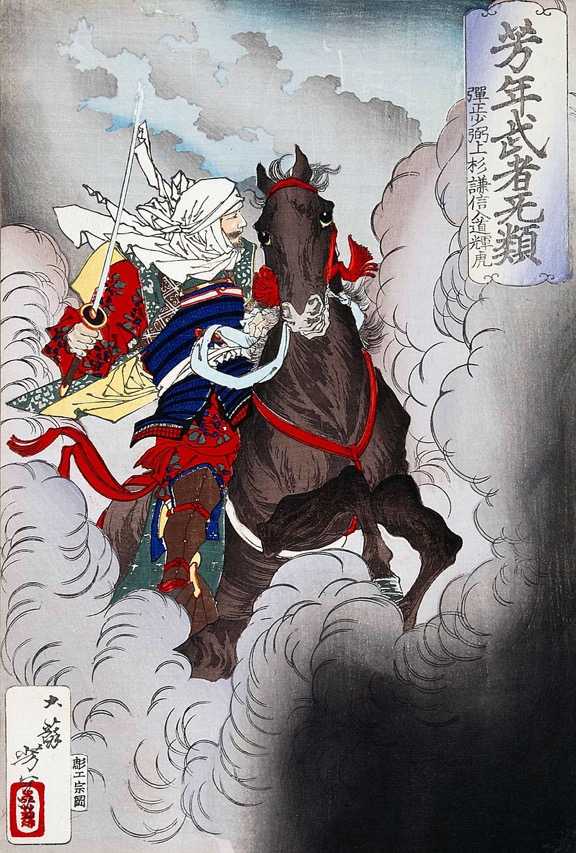