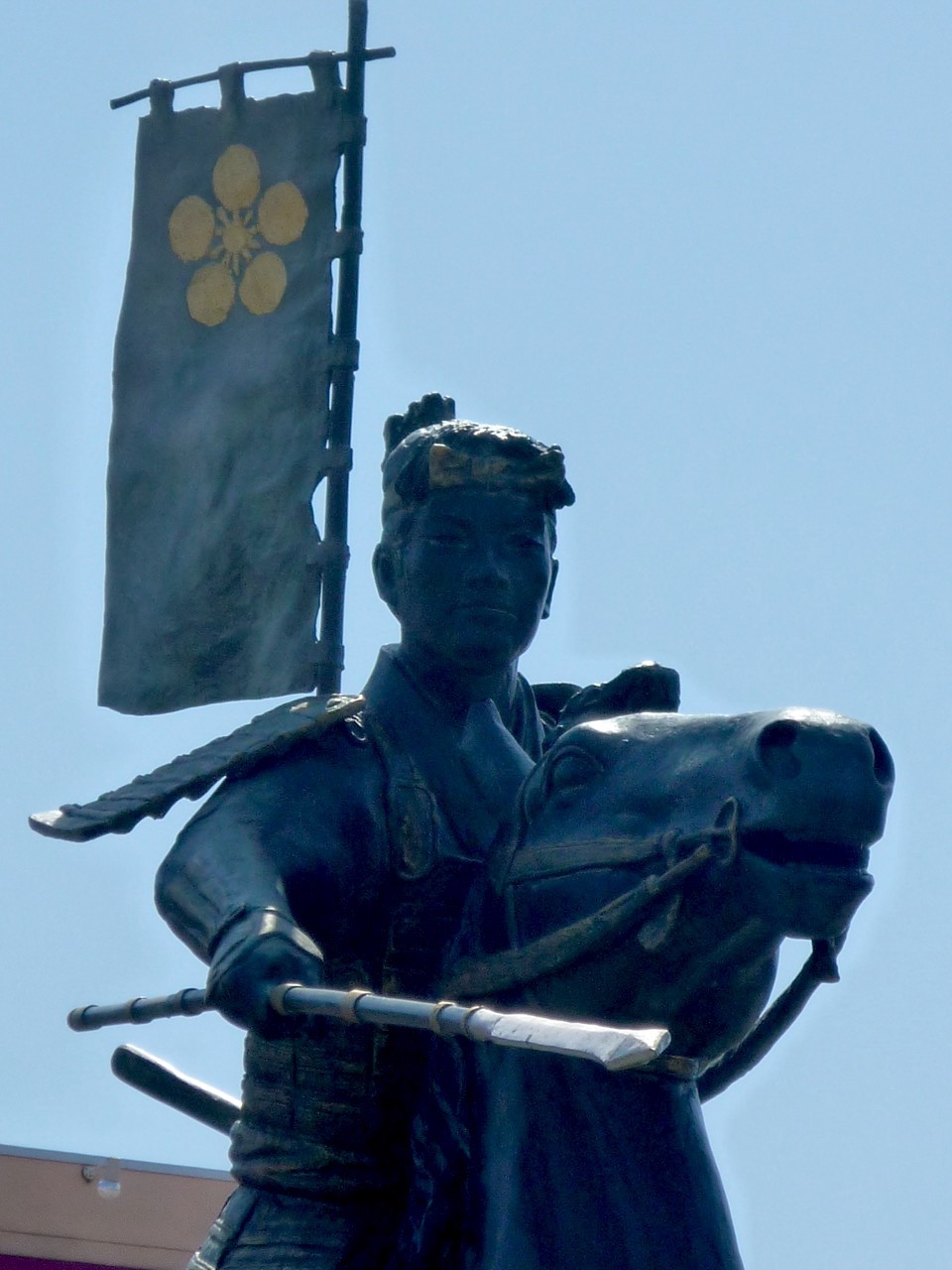 Maeda Toshiie was one of the most important, influential and successful figures of the Warring States Period. He was born in Arako on January 15, 1538 to Maeda Toshimasa, master of Arako Castle in Owari, (now part of Nagoya City, Aichi Prefecture). Toshiie’s father was a vassal of Oda Nobuhide, ruler of Owari Province. Toshiie’s childhood name was Inuchiyo. His common name was Matazaemon.

As a child, Toshiie served Oda Nobunaga, four years his senior, as a page. Nobunaga apparently called the youth Inu, or “Dog”, because of his name, Inuchiyo. However, Toshiie was more than a page, and became a close friend of the wild and unruly Nobunaga, flowing him in dressing in outlandish fashions and causing general mischief. It is also believed that he met the young Toyotomi Hideyoshi (still known at the time as Kinoshita Tokichiro).

On the orders of Nobunaga, Toshiie was rewarded with becoming the nominated head of the Maeda clan, despite having four older brothers. This position he received in 1560 on the death of his father.

Toshiie served Nobunaga first as a member of the Akahoro-shu, the “Red Cape Brigade”, a unit under the direct command of Nobunaga, and was later made Ashigaru-Taisho, Captain of the Foot-soldiers in his early years. Highly skilled in the use of a spear, he was nicknamed “Yari-no-Mataza” (Spearman Matazaemon) for his prowess.

Distinguishing himself fighting under Shibata Katsuie in the battle against the Asakura clan in northern Japan, he was rewarded with land in Kaga (Kanazawa) worth 1,000,000 koku, making Kaga the wealthiest domain of the Edo period. Following the death of Nobunaga, Toshiie would see battle against his friend, Hideyoshi in the Battle of Shizugatake, in which he fought under Shibata colours. With the defeat of Shibata Katsuie, Toshiie then became a general in Hideyoshi’s army. In this role, he was to fight and destroy another friend, Sassa Narimasa following the Siege of Suemori Castle in 1584, when Toshiie’s forces arrived late at night to reinforce the castle’s defenders, surprising the castle’s attackers, Sassa Narimasa and his 15,000 samurai. 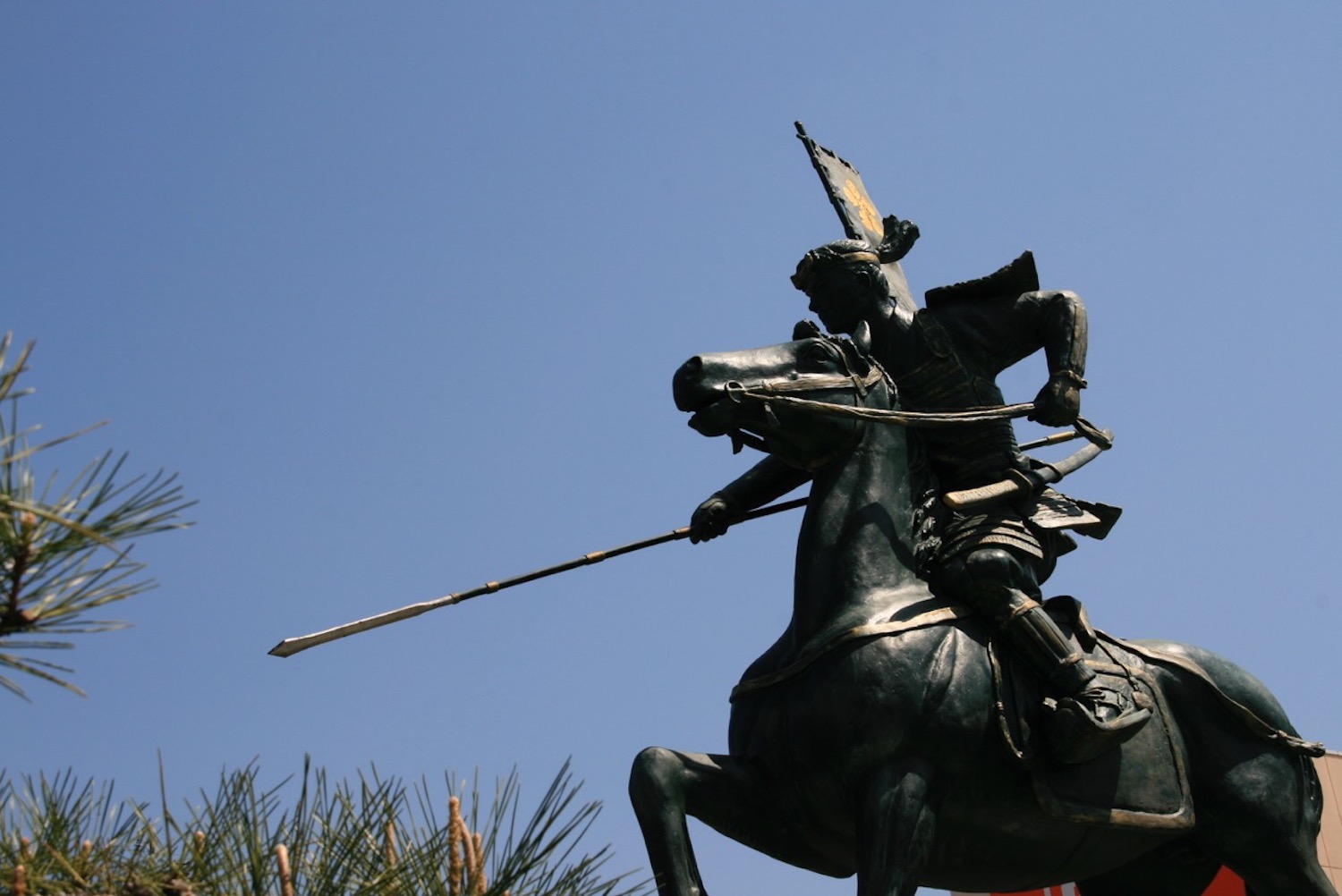 Named one of the Council of Five Elders, a team assembled by Hideyoshi to rule in the stead of his infant son, Hideyori, Toshiie was among those at Hideyoshi’s deathbed in 1598 when he was ordered to take direct care of the infant Hideyori.

Maeda Toshiie was to take a strong stance against Ieyasu’s actions following Hideyoshi’s passing, but he himself died at the age of 61 on April 27, 1599, the year before the battle at Sekigahara. Had he lived another year, his influence on the other daimyo may have been such that Tokugawa Ieyasu would have found it difficult to raise sufficient support for his cause.

Toshiie’s wife Matsu was skilled in the literary and the martial arts. Together they had 10 children, five boys and five girls. The sons all achieved Daimyo status, while the daughters were all married into prestigious families. Matsu’s intelligence and strong will was instrumental in Toshiie’s rise to power and fame. After Toshiie’s death, and the Battle of Sekigahara, she volunteered to become a hostage of the Tokugawa at Edo Castle, a move that preserved the Maeda clan throughout the Edo period and beyond.