Niwa Nagashige was the eldest son of Niwa Nagahide, a loyal general under Oda Nobunaga. Nagashige first tasted battle alongside his father at the age of 12, when they fought against Shibata Katsuie under Toyotomi Hideyoshi at the Battle of Shizugatake. The following year, 1584, the 13-year-old Nagashige took his then bed-ridden father’s place on the battlefield, leading the Niwa army at the Battle of Komaki- Nagakute. At the age of 14, with his father’s passing, Nagashige found himself the head of the Niwa clan, and in charge of his father’s 1,230,000 koku estates. While his father was married to an adopted daughter of his master, Oda Nobunaga, Nagashige was married to Ho-onin, the actual 5th daughter of Nobunaga. 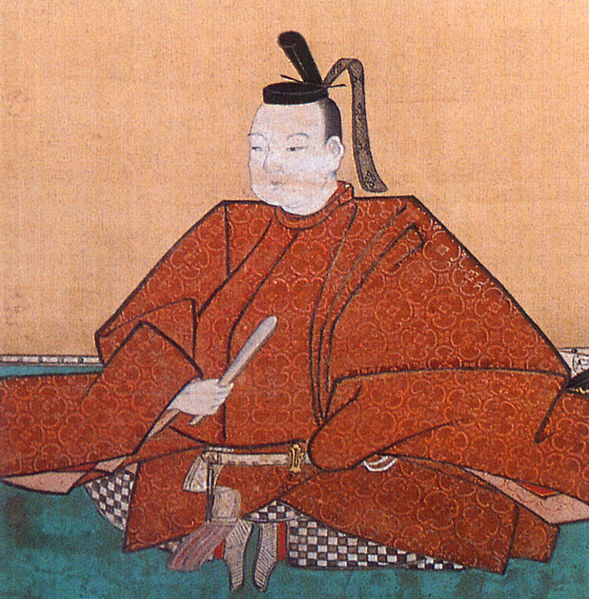 Whether it was through a misunderstanding or an actual grievance, Toyotomi Hideyoshi seemed to have had a reason for reducing the Niwa clan’s power. During the 1585 attacks on the Toyama region, Niwa Nagashige was accused of treachery by Hideyoshi, who then demoted him from 1,230,000 koku to just 150,000 koku. Two years later, during Hideyoshi’s subjugation of Kyushu, the inappropriate actions of one of Nagashige’s retainers was used as the pretext for reducing his income to just 40,000 koku, however Niwa Nagashige’s fine valor at the Siege of Odawara saw his fortunes increased by Hideyoshi to 120,000 koku.

Due to his and his father’s loyalties to the Toyotomi clan, Nagashige allied himself with the Western forces under Ishida Mitsunari at the Battle Of Sekigahara, where he clashed with the forces of

Maeda Toshinaga of neighboring Kaga Province. Because of his alliance with the West, he was demoted from his position as daimyo, losing everything in the process. Tokugawa Ieyasu realized Nagashige’s value, and in 1603, provided him with 10,000 koku and land at Futsuto in current Ibaragi Prefecture. The Niwa family name was fully restored following Nagashige’s excellent service in the 1614 and 1615 Battles of Osaka, where he fought under Tokugawa colors. He was awarded lands at Edosaki and 20,000 koku, then in 1622, an increase to

50,000 koku and the Tanakura (Fukushima) Domain. Further reward came in 1627 with a transfer to Shirakawa in modern-day Fukushima Prefecture and 100,700 koku. While there he expanded and rebuilt Komine Castle.

Niwa Nagashige died April 30, 1637, just two weeks short of his 66th birthday. His grave can be found at the Enmei-ji Temple in Shirakawa, Fukushima Prefecture.