Yari-busuma was a battle formation formed to counter a charge of advancing horse mounted samurai. The spear wielding ashigaru would line up and crouch down with their faces downwards to suppress any fear. Spears would be held out facing forwards, with the tips resting on the ground, and slightly crossed over the spear shaft of the samurai next to them. 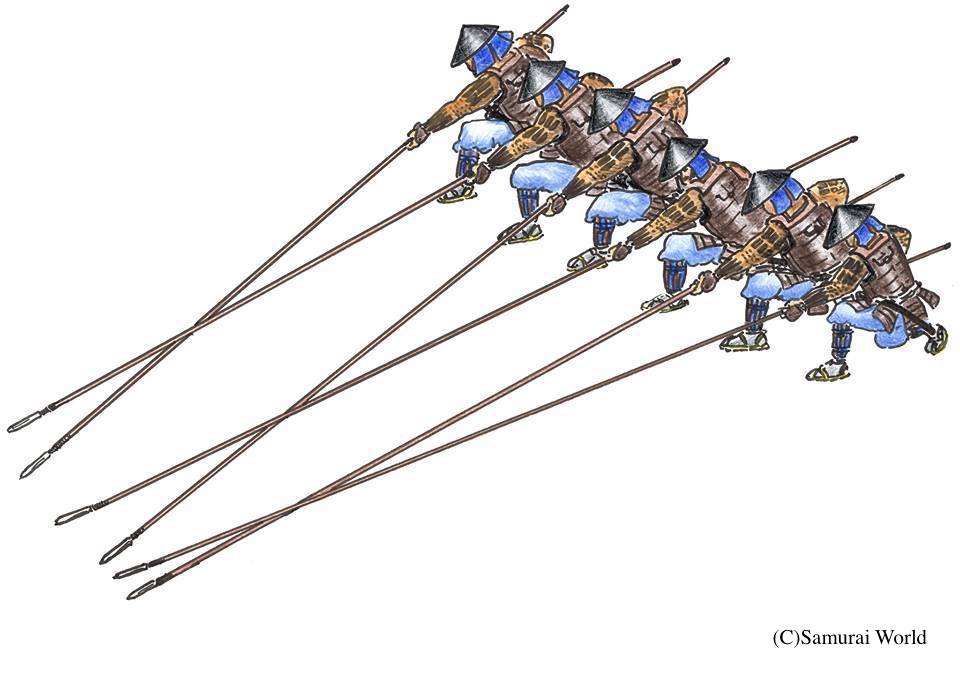 As the horses would approach, the latticework of spears before them would unsettle them, slowing the advance. If this failed to slow them, the ashigaru would raise their faces, putting fear into the horses. Spears would be raised at the last second to impale the horses and unseat the riders, in which case they would be dispatched by a small group of samurai or ashigaru, or be raised to a height in which to stab at the riders.

The long spear was ideal for frontline foot soldiers. The ashigaru spearmen would be equipped with long spears of around four to six meters in length, and topped with a 15 to 90cm steel head, often of a flattened diamond shape or triangular in section. 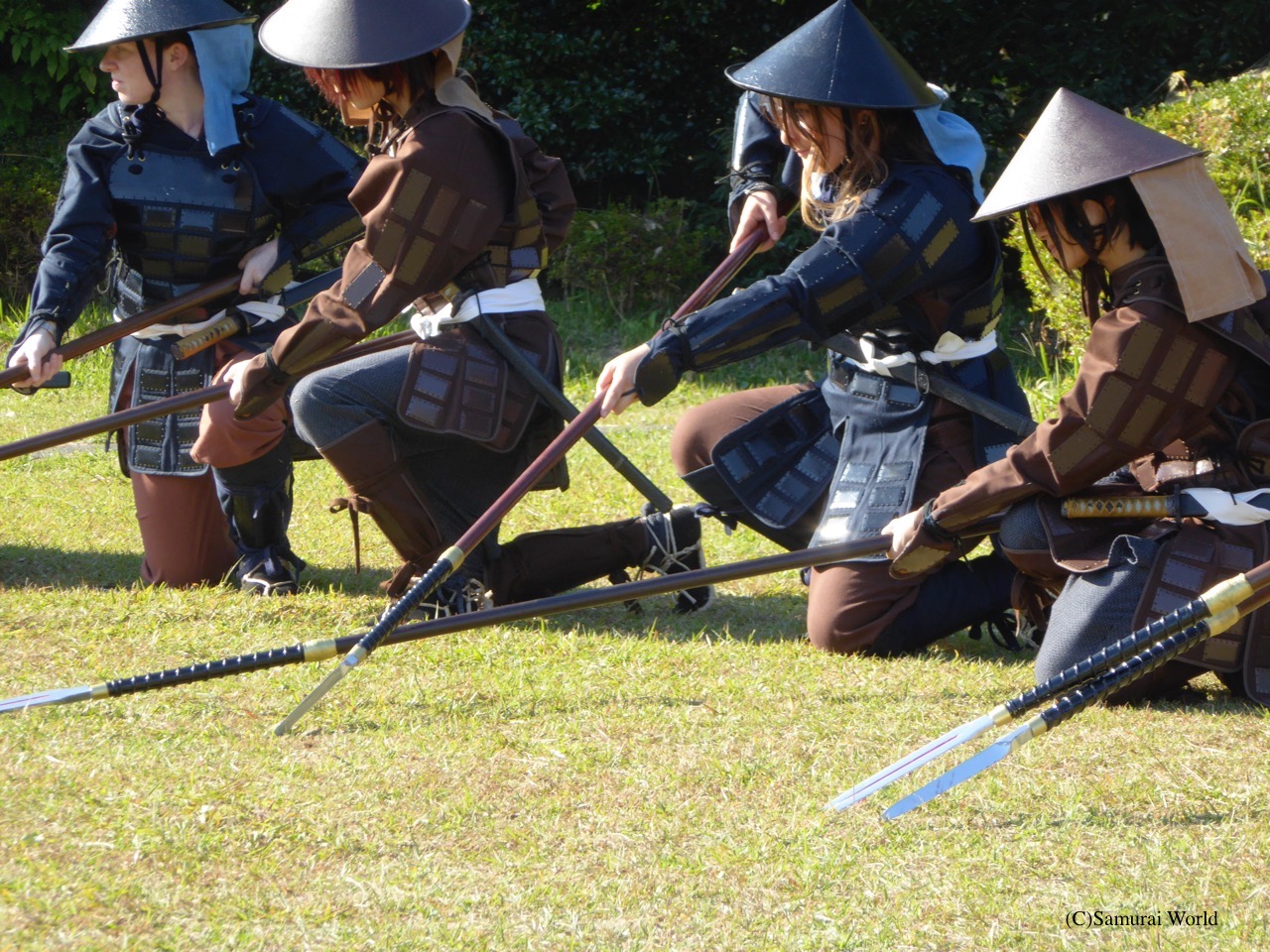 The long, blade-like spear tips could be used for stabbing an opponent or to cut them. Held with the left hand forward, the aft-held right hand could suddenly thrust the pole forward in a stabbing motion, or be held still, while the left hand in a twisting motion used the spear head’s blade to slice into the opponent’s vulnerable points, such as the neck, armpit, and groin areas. Cross and L-shaped spear heads offered greater cutting surface and could be used to catch and deflect enemy spear attacks. These blades also proved effective when making a stab past an opponent, only to catch the protruding element against their neck, or the back of their legs on the reverse pull. 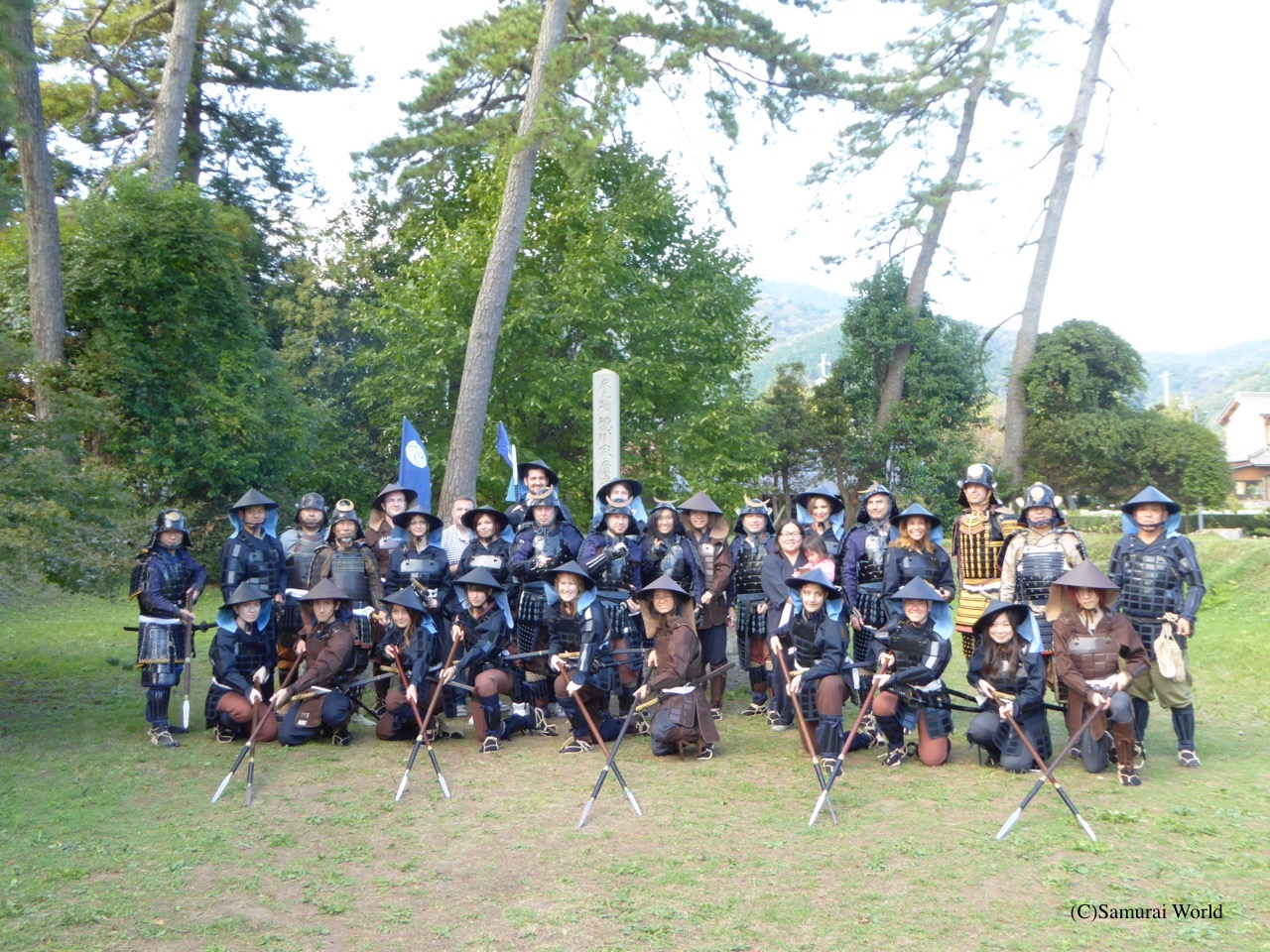