Yoshida Castle, Pretty as a Picture

Yoshida Castle is world famous. The intricately carved woodblock prints by the Edo Period artist, Hiroshige depicting the 53 stages of the Tokaido, (the old roadway between the capital of Kyoto and Edo, modern day Tokyo) are famous the world over. The 34th of the series shows workmen repairing a castle standing guard over a wooden bridge crossing a wide river. 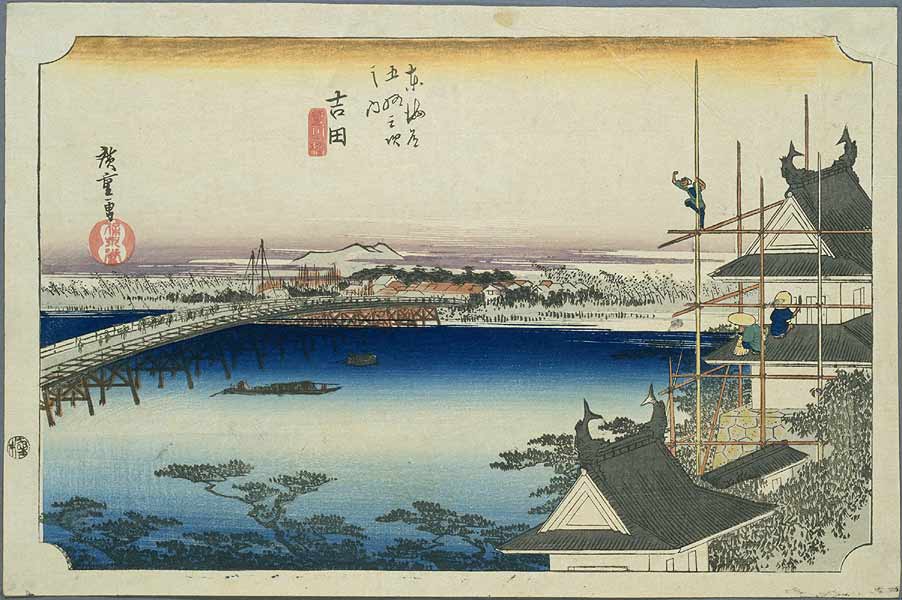 Yoshida Castle, as portrayed in the traditional woodblock print

The scene is the Toyokawa River at Toyohashi in south east of Aichi Prefecture, and the castle is Yoshida Castle.

Built in 1505 on the western bank of the Toyokawa at the strategically important river crossing point along the equally important Tokaido highway route, Yoshida was designed to protect the eastern Mikawa (now central Aichi Prefecture) lands of the warlord Imagawa Ujichika from the encroachments of the Matsudaira Clan of western Mikawa Province.

Using the river as part of a natural defense, the castle’s Honmaru, or main citadel was enclosed in a moat. Instead of the single, large multi-story tower donjon particular to Japanese castles, Yoshida Castle had three three-story Yagura, (watchtower), a single two-story yagura, and was secured by three large fortified gates The second and third citadels were also surrounded by moats, and protected by smaller yagura and equally strong gates. 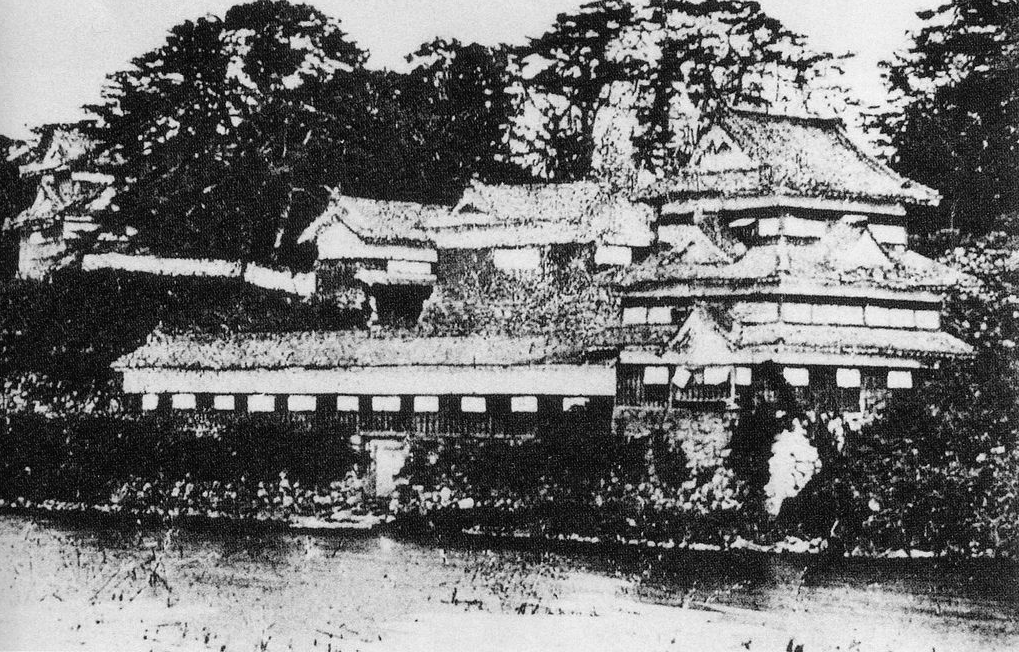 Early Meiji period photographs of
Yoshida Castle and its’ gate. 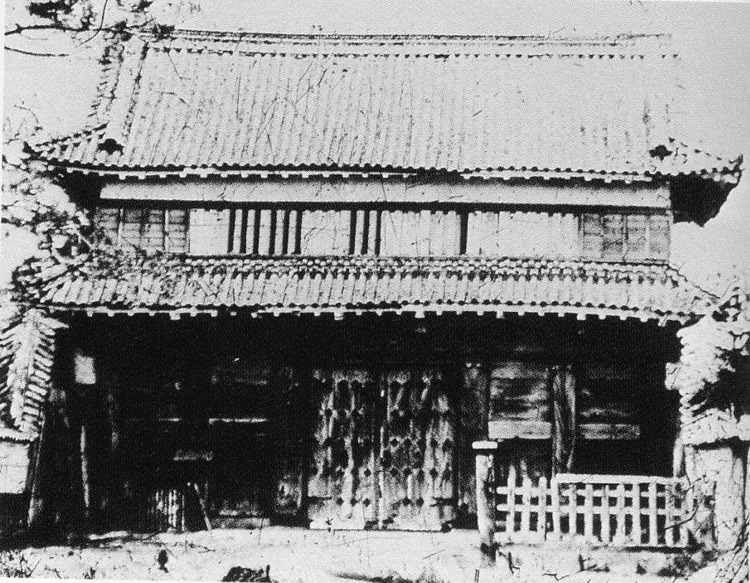 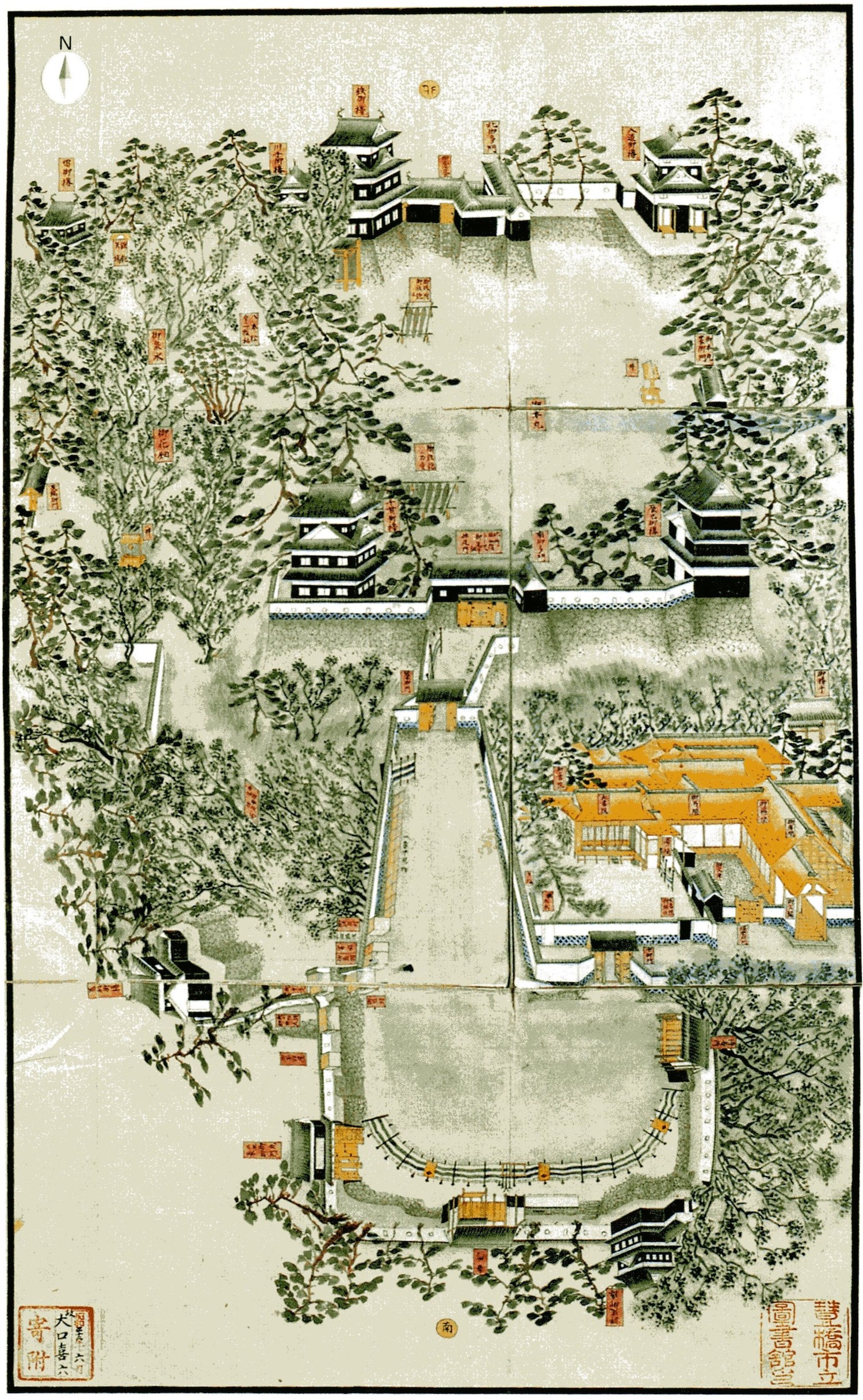 Because of it’s importance and positioning, Yoshida Castle was involved in a number of civil war period battles and sieges.

One of the major sieges was staged in 1575 by Takeda Katsuyori prior to the battle of Nagashino. The Takeda forces of over 15,000 laid siege to the small but strategically vital castle defended by just 500 samurai. Takeda Katsuyori, ever impatient, and infuriated at not being able to take the castle so easily, decided to attack another nearby castle instead, that of Nagashino, during which time the allied forces of the Tokugawa and Oda prepared for a major battle which led to the demise of the fierce Takeda clan.

From 1600 the castle continued to remain a major stronghold once the Tokugawa had taken control of the nation, and a major sentinel over the ever important thoroughfare, the Tokaido.

During the Edo Period, the castle was entrusted to a number of daimyo, many of whom increased the castles’ size and strength. In 1868, the Shogun was toppled, feudalism was abolished and Japan reverted to imperial rule. The castle was surrendered peacefully to the new Meiji Government, however not long after having been turned over to the Imperial army, the castle was unfortunately destroyed by fire in 1873. 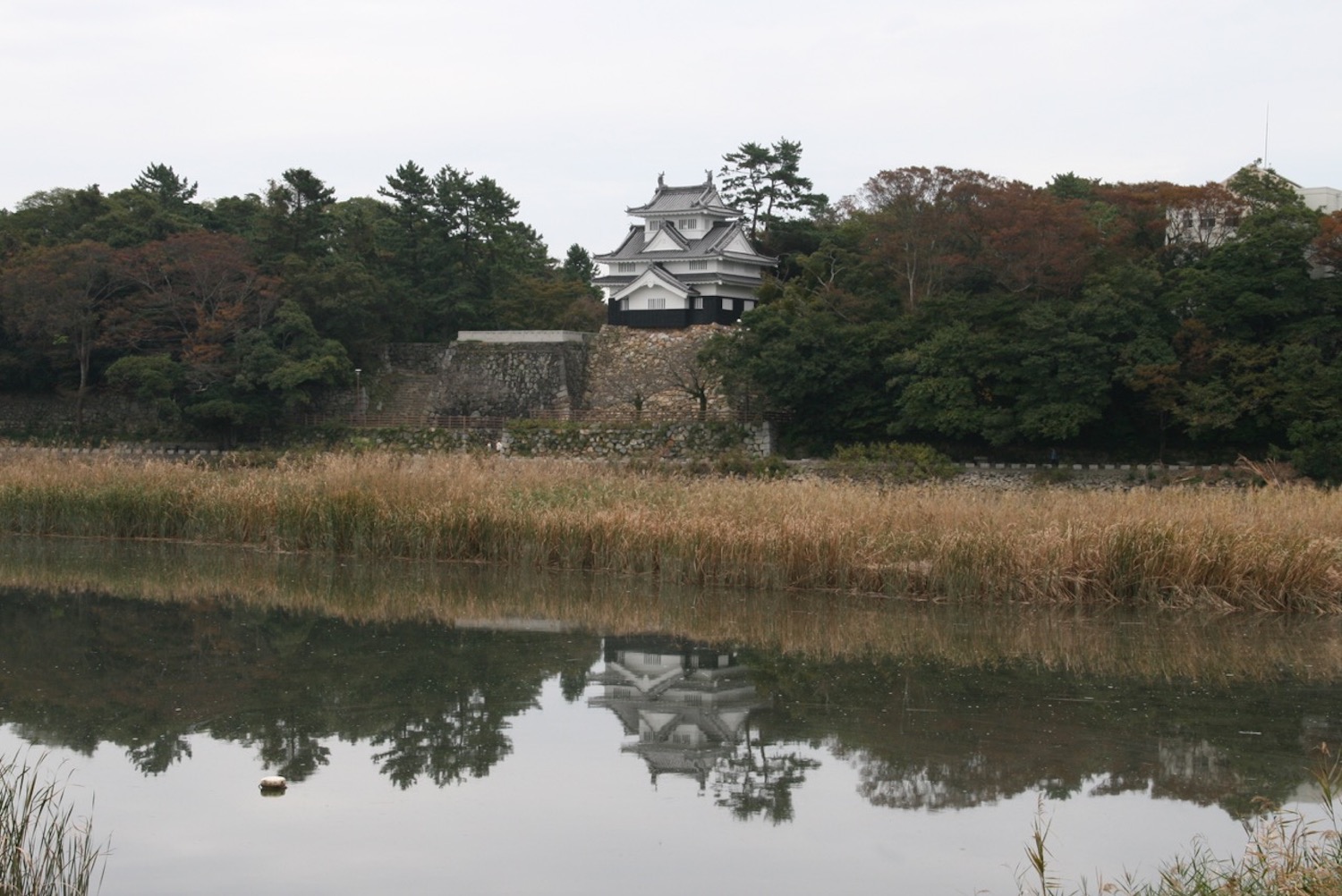 Following World War Two, the castle site was turned into a park. The Toyohashi City Hall was built on part of the old castle site, beside the main citadel, and in 1954 the three-story Kurogane Yagura, one of the original three larger turrets was rebuilt. The castle walls surrounding the inner bailey remain in very good condition and give the visitor an idea of the size of the castle, however many of the old moat systems have been filled in for roadways. An art gallery and sports complex now stand on the site of the second and third citadels. One of the best views of the castle itself is from the opposite (eastern) riverbank. From there the reconstructed turret and the riverside stone walls can be seen and appreciated. 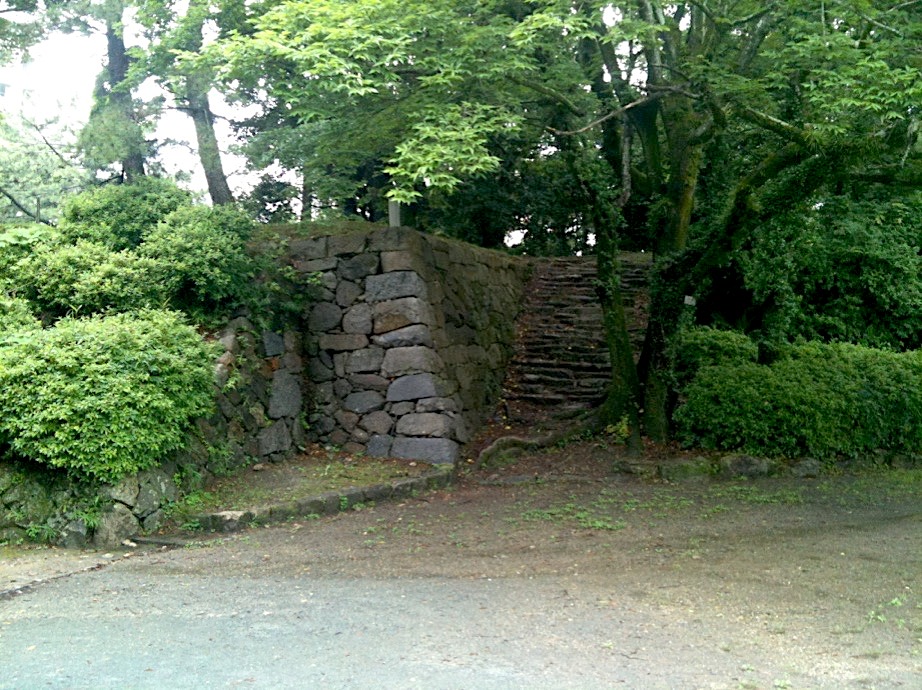 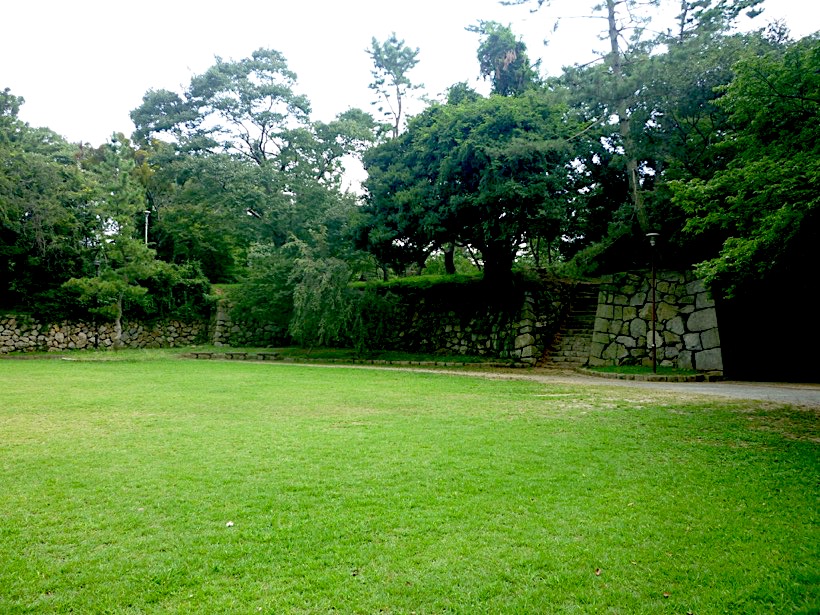 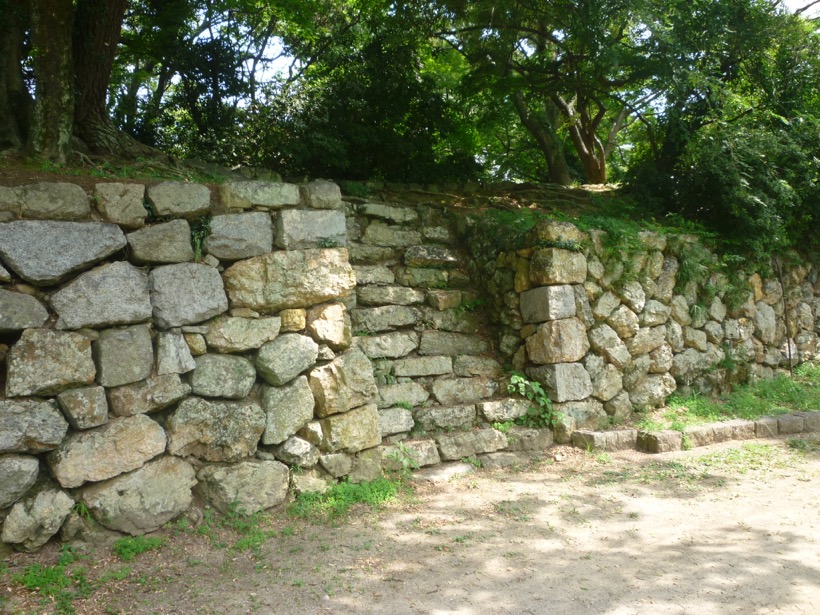 Yoshida Castle was a small, but vitally important fortress that played a major role in Japan’s long and violent history. Despite having been involved in a number of battles and stand-offs, you’ll find that today, Yoshida castle is as pretty as a picture. 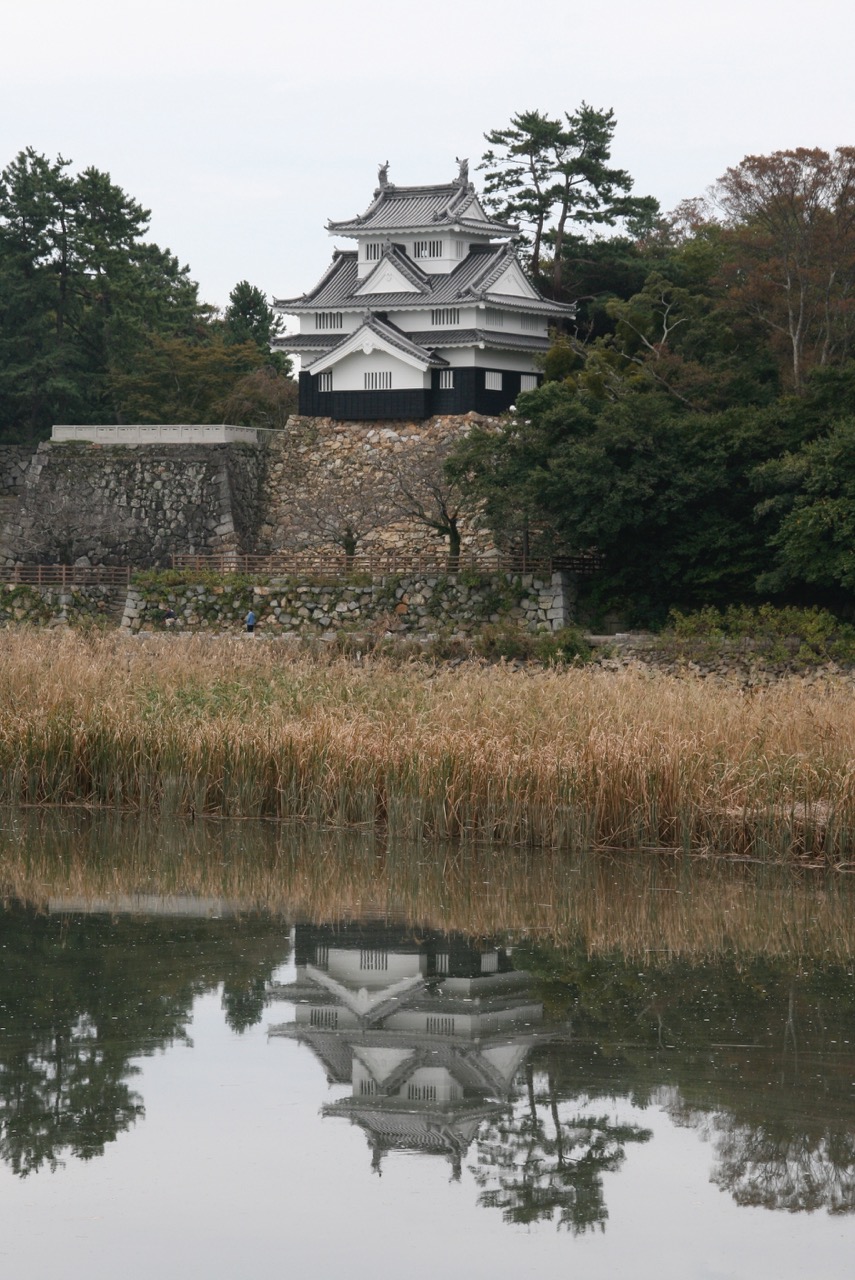