Ii Naotaka was the second son of  Tokugawa general, Ii Naomasa, and later Daimyo of Omi (Shiga Pref.) following his fine efforts during the Siege of Osaka in 1614. The story of the Maneki Neko, the lucky cats seen in shops and homes across Japan, are said to have started with Ii Naotaka. 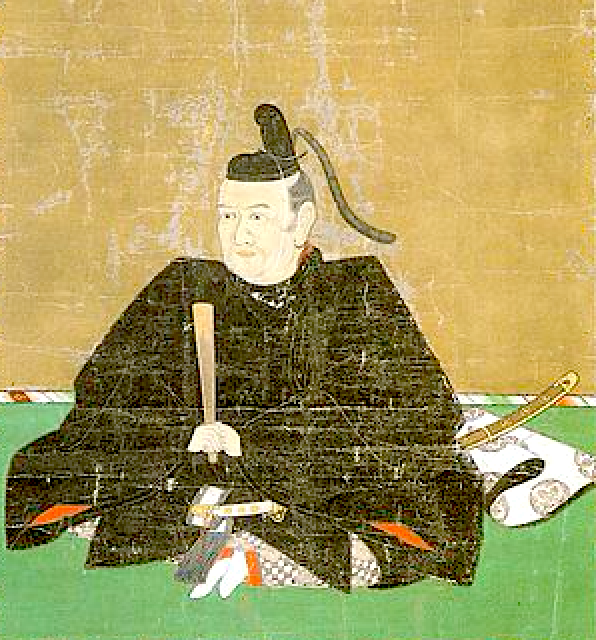 Ii Naotaka was ten years old when his father went to fight at the Battle of Sekigahara in 1600, and was severely wounded by gunfire. These wounds led to Naomasa’s early death in 1602. As Naomasa had been awarded the lands of Sawayama (Hikone city), he had commenced building Hikone Castle. Work on the castle would continue under Naotaka’s elder brother, Naokatsu, who occupied the castle from 1606.

In 1614, Naokatsu was struck by an illness that prevented him from participating in the Siege of Osaka, and so he sent his younger brother, Naotaka in his stead. Naotaka would perform brilliantly at Osaka, and particularly at the Battle of Sanada-maru and Tenno-ji, for which he would be rewarded by Tokugawa Ieyasu himself. Ieyasu made Naotaka the head of the highly respected Ii clan, making him lord

of Hikone Castle, reassigning his elder brother, Naokatsu, to Annaka Domain (modern-day Gunma Prefecture) where a new branch of the clan was formed.

Prior to his death, the second Shogun, Hidetada called Naotaka to his bedside and requested he serve Iemitsu as well as he had served Hidetada. With Naotaka’s promise to do so, it is said that Hidetada was able to pass away in peace. In 1632, the much respected Ii Naotaka was invited to join the third Shogun, Iemitsu, on a trip to visit the Nikko Toshogu, where Iemitsu’s grandfather, Tokugawa Ieyasu was enshrined.

Ii Naotaka was married to Aki-hime, a daughter of the daimyo Hachisuka Iemasa. He had three concubines and fathered five children. The eldest, Ii Naozumi, succeeded him when Naotaka died aged 69 in 1659.

The story of the Maneki Neko, the lucky, beckoning cat, is said to have been based on an incident where a white cat is supposed to have caught the attention of Lord Naotaka, the timing of which either saved the lord from being attacked, or from being struck by lightening, depending on the version told.